The Chase star Anne Hegerty, 60, was tagged in a Twitter user’s post which showed a male model posing topless, showcasing his huge tattoo on his back of a female giving a stern look. The fan suggested the inked face looked exactly like The Governess, prompting her to respond. He wrote: “Having a little scroll through @ASOS and can’t help but notice this geezer has a tattoo of @anne_hegerty from the chase on his back.” Anne responded, commenting on the garland piece which is seen on top of the female’s head.

The Chase star replied: “Looking more closely, I appear to have just won the Olympics, too. Or been crowned Roman Emperor.”

Another fan then jokingly asked Anne: “Is this your secret toy boy?”

She cheekily replied: “I’m not saying no.”

Elsewhere earlier this week, The Chase celebrated its 10th anniversary by sharing a tweet with their 185,000 followers.

A host of viewers congratulated the programme on their big day, however one fan took to the opportunity to slam host Bradley Walsh, 59. 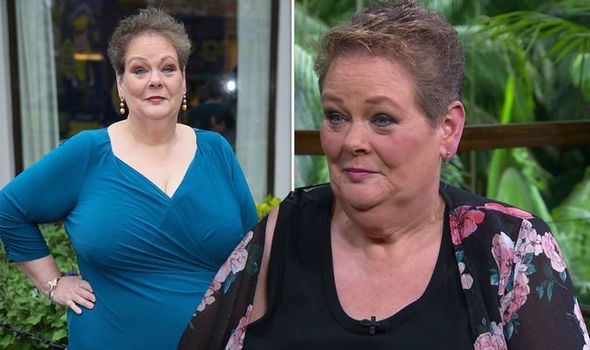 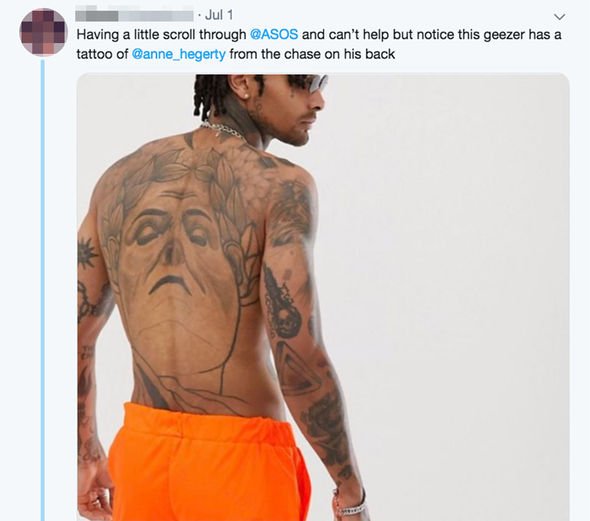 The Twitter user commented: “So long as you find a host like Andrew O’Keefe (Australian version) who has charisma is witty and knowledgable.

“Bradley Walsh is dull. I could fall asleep when he’s reading the questions, they added.

The Twitter user replied: “Part of the reason I watch is not to outdo the contestants but for extra facts the Chasers (you in particular) and the host throw in.

“Bradley contributes nothing, deadpan and subtle are not qualities required for a game show like this.” 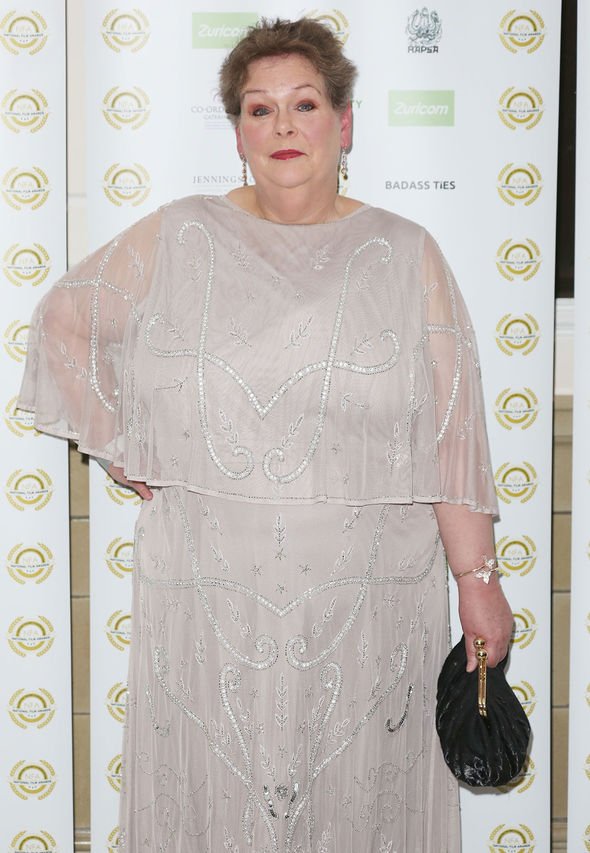 But refusing to let the unimpressed viewer win, Anne replied: “Bradley allows the Chasers to do that, which was the original brief.

“He doesn’t intervene even when he does know the answer.

“Deadpan and subtle are among the qualities that set The Chase UK apart from other game shows,” she continued.

Bradley has fronted the show since its inception in 2009, while Anne joined the line-up a year later.