Avril Lavigne, the self-styled pop-punk princess, is not the only singer fans believe have been replaced with other conspiracies concerning Paul McCartney, Taylor Swift and even Beyonce. However, while these theories tend to rise and fall across social media, Lavigne’s clone conspiracy persists more than two decades after it was created.

Lavigne was discovered by her first manager while singing at a local bookstore in Napanee, Ontario when she was just 14 in 1998.

That same year she won a singing contest where the prize was a duet with Canadian legend Shania Twain.

Two years later she signed a $1.25million (£1.16million) contract with Arista Records in New York City and dropped out of high school to work on her music.

Her debut album, Let Go, was an international sensation and went platinum in just six weeks.

The single Complicated became number one on the Billboard charts while other catchy tunes like I’m With You and Sk8er Boi are still circulated on the airwaves today. 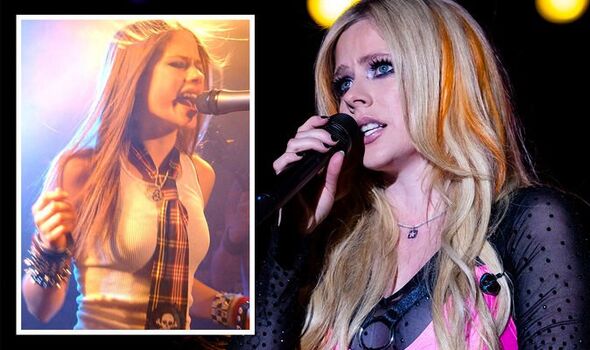 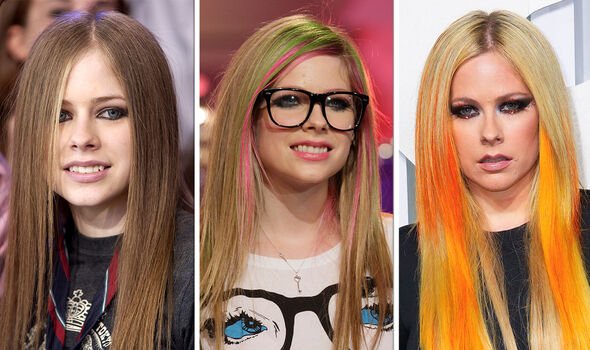 The 18-year-old had gone from singing in a book store to touring Europe in less than four years.

By 2003, Lavigne was receiving Grammy nominations, performed at sold-out arenas and had established her iconic skater-punk look, but this is where the theorists believe the young pop star began to fall off the wagon.

The Bite Me singer was away on her Try To Shut Me Up tour she found out about the death of her grandfather and reportedly almost cancelled her upcoming shows when she heard the news.

Lavigne was reported to be very close with her grandfather, and later penned the song Slipped Away in his memory, but some theorists believe this song is in fact an ode to Avril herself, sung by an impersonator, Melissa Vandella.

The conspiracy says that following her grandfather’s death, Lavigne became incredibly reclusive and depressed but due to the revenue she was bringing in her studio hired a look-alike body double to distract fans and the paparazzi. 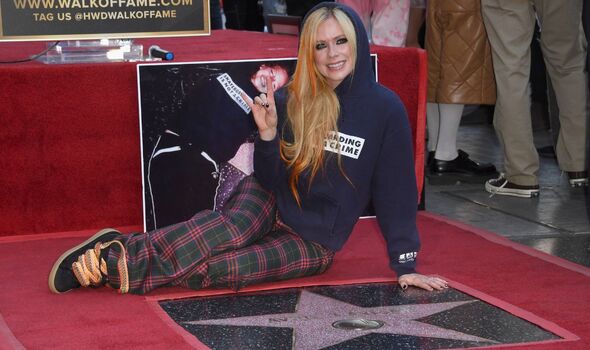 Lavigne, overcome by grief and the pressures of fame, died by suicide shortly after, the theory claims.

However, this is an often disputed aspect of the theory, as some claim that Melissa stole Lavigne’s identity because she wanted the fame for herself, or that the real Lavigne died in a snowboarding accident rather than by suicide.

Others say Lavigne did not enjoy her life in the spotlight and encouraged Melissa to take over as the singer while she created a new life and identity under the radar.

Each of these theories has an array of supposed evidence to back them, even including vocal coaches comparing Lavigne’s performances in the early 2000s and the early 2010s.

Small changes in Lavigne’s makeup, clothing, sound, and even the way she sits have been claimed as evidence to support the theory, and her five-year hiatus while battling Lyme disease seemed to further instigate the rumours.

In 2019, Lavigne spoke to Australian radio station KIIS1065 shortly after she released her comeback album Head Above Water.

Lavinge responded to the conspiracy questioning: “Yeah, some people think that I’m not the real me which is so weird. Like why would they even think that?”

The award-winning singer has had to address these rumours countless times due to their surviving prevalence in pop culture. In 2017 she claimed the theory was being made by bored people that “need something to talk about” and reiterated “I’m not dead. I’m here” during a Facebook live stream.

In a 2022 Galore Magazine interview Lavigne joked that on one hand, people say she looks so different she must be a clone, whilst others claim she is ageless after performing for well over two decades. 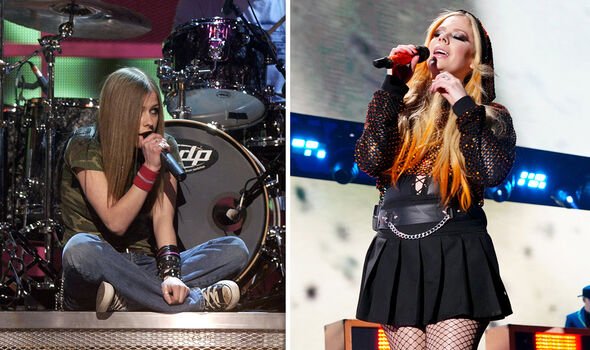 She said: “When people bring it up, and it’s been brought up to me for like, years, that there’s this conspiracy theory that I’m not me or something? I’m a clone? It’s just the weirdest rumour. It’s so bizarre I can’t help but laugh at it!”

The singer explained that because she was brought into the music industry before even finishing high school, she was still essentially a “tomboy” teenager and was bound to evolve her fashion, sound and perception of the world as time went on.

She added: “When I hit my twenties, I’m not going to be dressing like I’m 17 anymore. I didn’t think about it. Fashion changes all the time. I’ll still rock hoodies and skate shoes and vans, but not every day! Before, I wouldn’t want to wear a dress, but I learned I appreciate nice clothes and had fun with them.”

“Each album cycle, I see the fan base show up to the shows dressed like me. So album one was like necktie, straight hair, black eyeliner, white tank top. Then the next album Under My Skin, everyone was dying their hair black underneath and wearing the bondage pants and then the third album, The Best Damn Thing, everyone was doing the pink streak in their hair.”

As for Vandella, the only thing known about the woman is the claim that she is an actress, as Chicks in the Office podcast hosts Ria Ciuffo and Fran Mariano claimed on the show: “There’s no record of Melissa Vandella ever being a real person”.