Given her marching orders! Moment Kings Guard shouts at little girl to ‘stand clear’ before she flees in panic and bursts into tears

This is the moment a British Army soldier shouts at a young girl who was visiting London.

The incident, which took place in Horse Guards was captured on camera before it was shared on TikTok where it has received more than 104,000 likes.

The young girl was standing in front of an archway leading to a door when the soldier came through a door in his ceremonial uniform.

The soldier, who has not been identified is a member of the Life Guards, the senior regiment of the Household Cavalry. 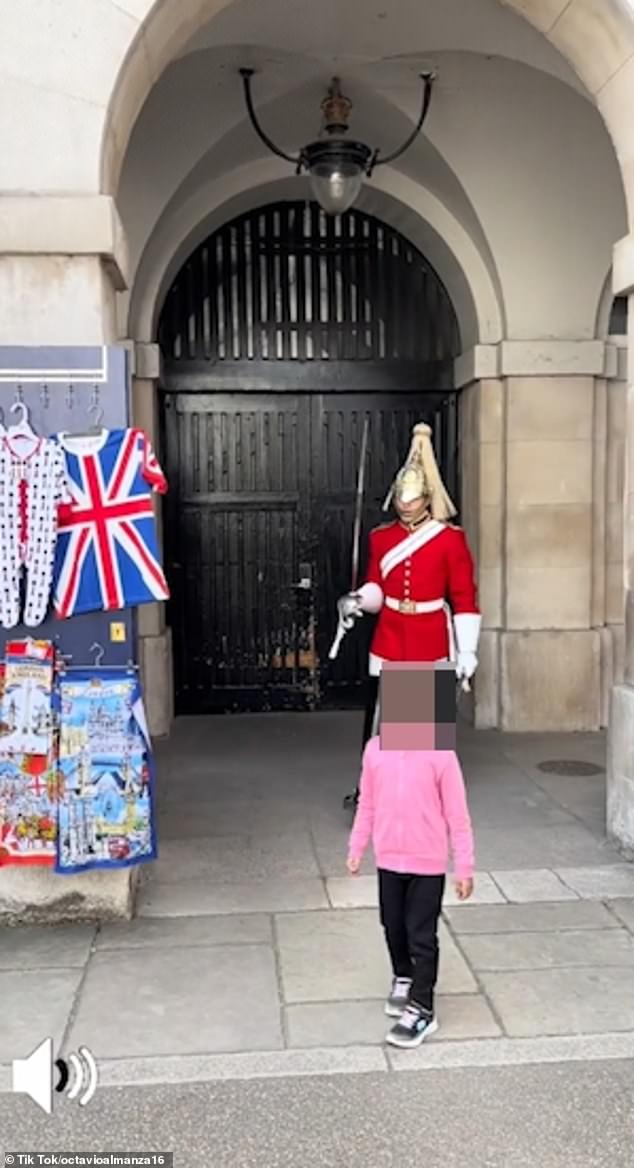 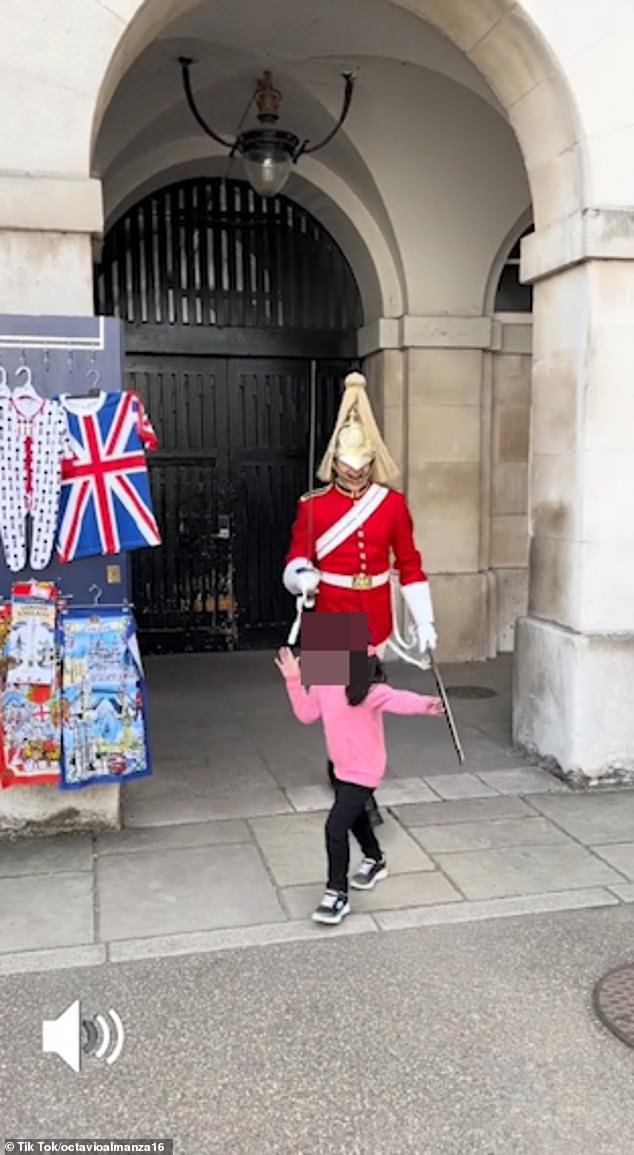 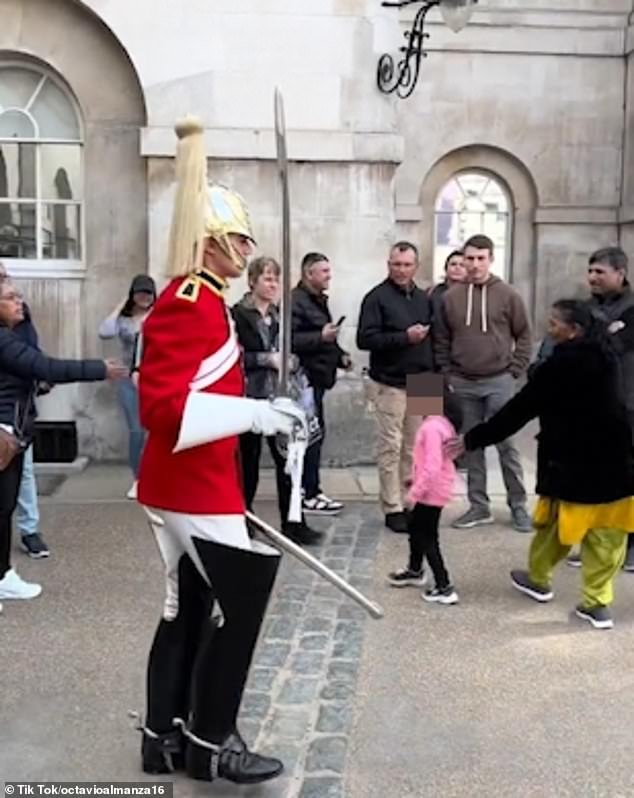 As the soldier steps out onto the court yard, the young girl in a pink outfit is blocking his way. Unaware of the soldier looming closer, the girl does not move until he shouts ‘stand clear’.

The startled youngster runs clear and may even start crying following the soldier’s intervention.

More than 5,000 people have commented on the 18-second clip, mostly expressing concern about the incident.

Many criticised the soldier for being rude to the little girl while others suggested the girl’s parents should have kept her under better control.

One TikTok user said: ‘People really think he’s going to be like “oh excuse me sweetheart can you move?”‘

Another said: ‘Some parents are so clueless. It’s unbelievable.’