The rocker princess revealed her beau got down on one knee in front of the Eiffel Tower!

Congratulations are in order for Avril Lavigne, 37, and Mod Sun, 35! The rocker princess took to her Instagram on Thursday (April 7) to announce she and Mod got engaged on March 27 in Paris! The “What the Hell” singer shared a beautiful black and white photograph of Mod down on one knee as he asked her to marry him with the Eiffel Tower in the background. Written in French, Avril captioned the sweet photo album, “Yes, I’ll love you forever!”

Mod also shared a series of heartwarming pics to his Instagram to commemorate the big day. In his caption, which was written in poem form, he revealed he had dreamt of the day he was going to ask Avril to be his wife. And in the dream, it took place in Paris as well! The musician added, “I was on one knee as I looked in your eyes. You’re too beautiful for my words to describe. I grabbed your hand + took one last breath… I said “will you marry me?” + she said “yes”.”

“It was the most perfect, romantic proposal I could ever ask for,” Avril revealed to People. “We were in Paris on a boat in the Seine River. We had a violin player, champagne and roses. It felt like time stood still, and it was just the two of us in the moment.” Talk about a perfect proposal! 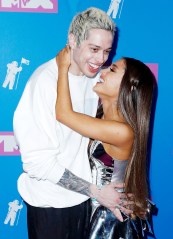 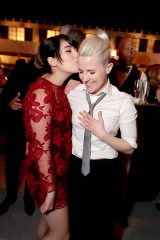 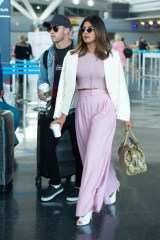 In her Instagram photo album, Avril showed off her gorgeous engagement ring. She even dished about it to the outlet, saying it’s engraved with the first words Mod said to her: “Hi Icon.” She added, “He knew from the very beginning I wanted a heart shaped diamond because on the day we met, we had matching heart shaped paved rings on. We’ve worn them every day since, so its only fitting to have a heart-shaped engagement ring. I love it so much.”

Avril went on to say the proposal was a “total surprise” even though she felt Mod was “the one” as soon as they met and started working together on her latest album Love Sux. “I knew we had a very strong unstoppable connection from the first week of writing and working together in the studio.”