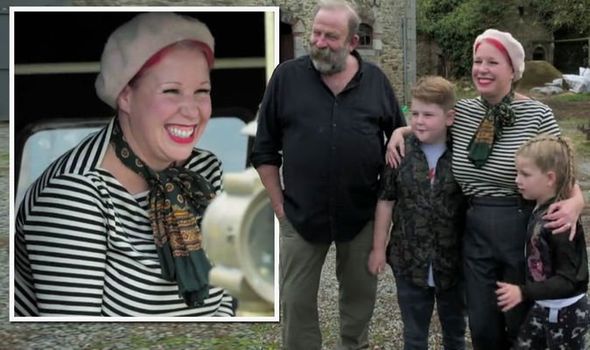 Escape to the Chateau viewers saw Dick Strawbridge and his wife Angel receive delivery of a new item, during the latest instalment of the Channel 4 show last weekend. Following the programme, the former army officer took to Twitter to address some questions from fans about the horse-drawn carriage, bought by his wife of five years.

The designer purchased a Victorian carriage to escort future brides to their weddings in style.

Angel admitted that she wasn’t actually looking to purchase something like that, but it was in need of a good home.

During the show, the couple and their children could be seen trying out the replica Landaulet carriage for size.

“That’s pretty special,” Dick remarked as it was unloaded. 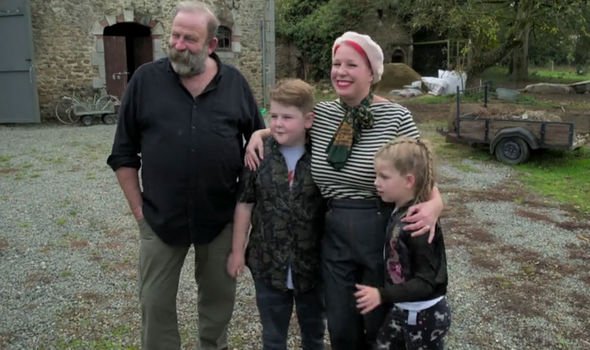 As his spouse and kids piled into the vehicle, Dick could be seen pulling the carriage along the path in front of their stunning property.

“I think this is a good reason to buy a horse,” he could be heard to say.

After the programme aired, many took to Twitter to ask if the couple were planning to buy a horse to pull their new carriage. 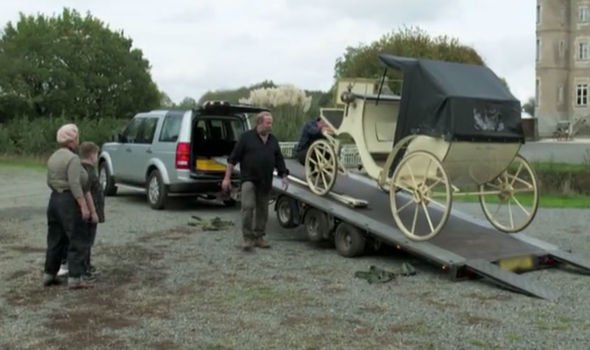 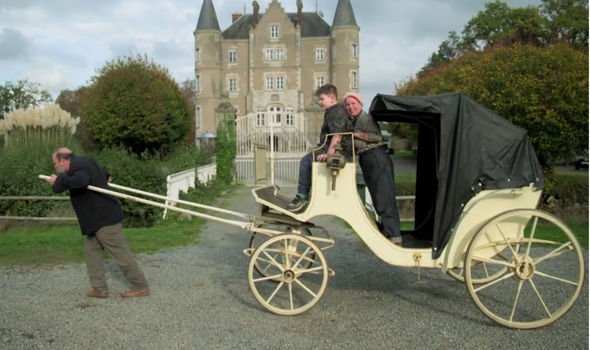 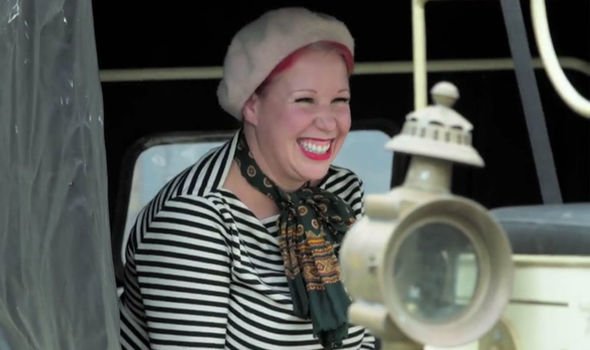 “@dickstrawbridge I’m sure you know a man in Ireland that could sell you a horse #EscapeToTheChateau,” one follower remarked.

“Will you buy a horse or loan one for events?” another social media user asked.

“We have an amazing stables just down the road…” Dick said.

Not giving up on the idea, another fan suggested he should buy a horse for the children.

Angel spoke about her stunning new purchase during the broadcast.

“I wasn’t looking for a carriage, however, I saw this and the owners are actually moving and they really wanted it to go to a new home, and you know me, I would have hated to see the carriage homeless.”

Sitting in the back, she remarked: “This is quite fabulous.”

The mum-of-two then turned to her husband to amusingly add: “Once around the moat please,” to which he chuckled.

Earlier in the week, Dick worried Escape to the Chateau viewers when he said that the “final” episode of the show – a festive special – would be shown on Christmas Day.

Concerned fans expressed their disappointment, fearing that he meant the last ever episode of the popular programme.

Escape to the Chateau will air on Channel 4 on Christmas Day at 8.10pm.