Engineering boss caught having office affair with his married secretary by her husband was sacked after claiming £147 first class train ticket for her on company expenses, tribunal hears 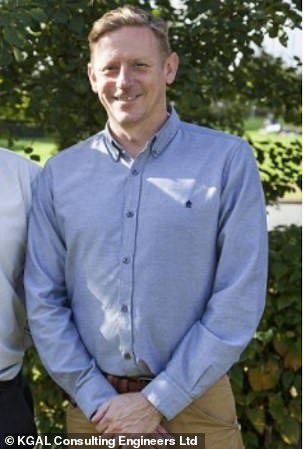 Andrew Stevens, pictured, spent hours with his mistress in a hotel rather than a business meeting but was caught and confronted by her husband after sending an email entitled ‘you are beautiful’ from his work account

An engineering boss who had an office affair with his married secretary was sacked after claiming a £147 first class train ticket for her on company expenses, an employment tribunal heard.

Andrew Stevens spent hours with his mistress in a hotel rather than a business meeting but was caught and confronted by her husband after sending an email entitled ‘you are beautiful’ from his work account.

The hearing in Manchester was told his actions, including buying the pricey train ticket, brought the firm ‘into disrepute’, and when bosses uncovered his behaviour, Mr Stevens was told ‘this isn’t working’ and was fired.

However, the executive was found to have been unfairly dismissed.

In early 2018 the company hired a secretary – identified only as Mrs X – to provide ‘administrative support’, and the couple began their affair later that year.

The tribunal heard that in August 2018 Mr Stevens purchased a first-class train ticket from Bournemouth to Warrington Bank Quay, which cost him £147.

Though the ticket was purchased on behalf of Mrs X, he reclaimed the cost of the ticket through his company expenses, which the company insists ‘would not have been reimbursed’ had they known the ticket was not intended for Mr Stevens.

In October that year a letter was also sent to Mr Stevens from company CEO Dave Griffiths, complaining of ‘inappropriate use of company credit card’ by Mrs X at an ‘inappropriate meeting’ she had attended.

It warned him to keep his personal and professional lives separate.

But the tribunal heard that Mr Stevens met Mrs X in a Warrington hotel during a working day in May 2019, claiming on his timesheet that he had instead met with a client in London.

Later that evening the pair exchanged emails, with one headed ‘You are beautiful’ and another saying ‘I have had a fabulous day with you’. 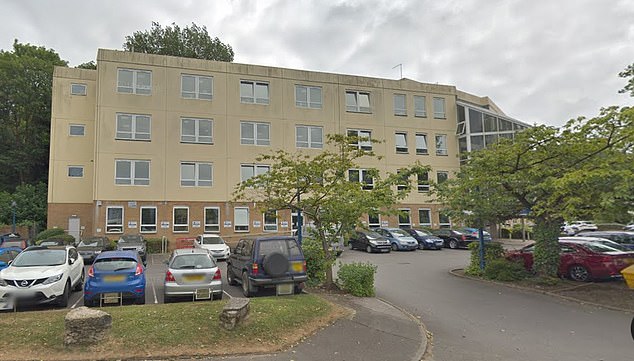 Though Mr Stevens had claimed the pair spent no more than two hours together, the tribunal was told: ‘There was no reasonable explanation for the wording used in each of the emails… other than that the claimant and Mrs X had spent a significantly longer time together than the claimant now admits.’

Mrs X’s husband later discovered the email and demanded to know from Mr Stevens ‘What’s this about?’

Later that month at a meeting Mr Griffiths told Mr Stevens ‘this isn’t working’. He was asked to hand in his company credit card, and left without knowing when he would return to work.

In evidence provided to the tribunal, Mr Stevens was said to have been in ‘a blind panic’, and returned home to email himself a ‘list of the [company’s] clients’, before deleting these from his sent folder.

To the claims that these actions were ‘laptop housekeeping’, the tribunal heard it was ‘simply inconceivable’ that this was what had happened.

The tribunal was told that following a disciplinary hearing held on August 8, Mr Stevens was dismissed as a result of matters found ‘collectively’, including personal emails, ‘fraudulent’ time records and the sending and subsequent deletion of emails to his personal account.

The tribunal found that while firing him was reasonable, by telling him ‘this isn’t working’ Mr Griffiths had suggested the outcome of the disciplinary hearing was already decided.

As a result, the company was found to have unfairly dismissed Mr Stevens. However, he will receive no compensation as he ‘would have been dismissed in any event’ through a culmination of the allegations against him, the panel ruled.

KGAL were ordered to compensate Mr Stevens for his successful claim of unlawful deduction from wages.