Dr. Dre reveals he almost died after suffering a brain aneurysm last year: ‘They thought I was outta here’

Dr. Dre opened up recently on the Workout The Doubt podcast about his life-threatening brain aneurysm that he suffered in January 2021.

The talented rapper and record producer, 57, explained that he didn’t have any idea how serious his condition really was on the podcast with Dolvett Quince.

At the time, the star was rushed to Cedars Sinai located in Los Angeles to receive emergency treatment and remained in the ICU for a total of two weeks. 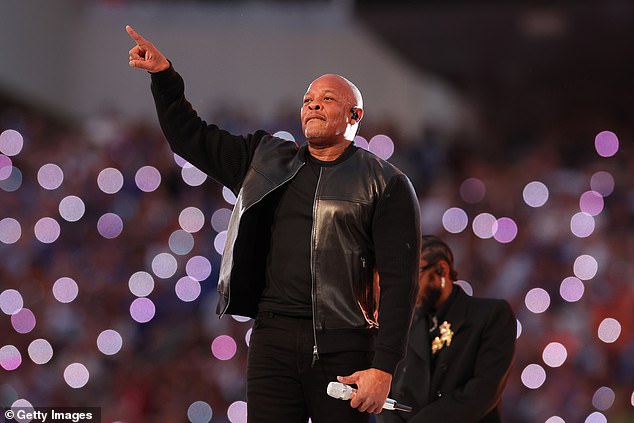 Health scare: Dr. Dre, 57, revealed on the Workout The Doubt podcast that he had suffered a brain aneurysm last year in January; pictured earlier in February of this year during the Super Bowl halftime performance

While opening up about his scary experience, the Next Episode rapper revealed that he only realized the severity of his condition when his family was brought in to visit.

‘I’m at Cedars Sinai hospital and they weren’t allowing anybody to come up, meaning visitors or family or anything like that, because of COVID, but they allowed my family to come in,’ the star said, hinting that something was wrong.

‘I found out later, they called them up so they could say their last goodbyes because they thought I was outta here,’ he stated. 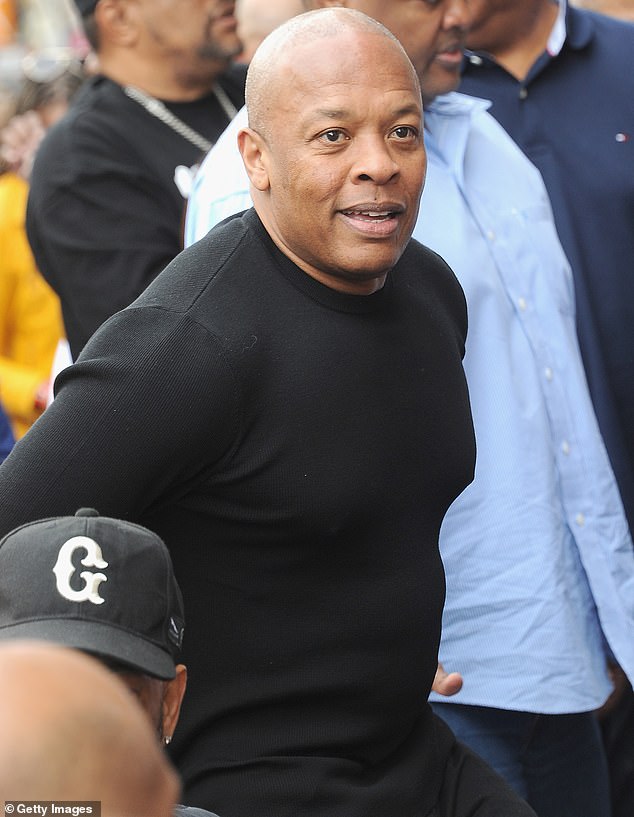 Severe condition: The successful rapper explained that his family was brought in to see him due to the seriousness of his condition; seen in 2018 in Hollywood

Dr. Dre reiterated that he didn’t initially realize what it meant when his loved ones were ushered in to see him.

‘I didn’t know it was that serious, you know? Seeing my mom and my sister and everybody coming in the room.’ Upon further reflecting on the time, the star explained that no one had told him about his condition. ‘That was crazy.’

The Still D.R.E. hitmaker weighed in on the days he spent in the ICU, along with doctors constantly monitoring his health. 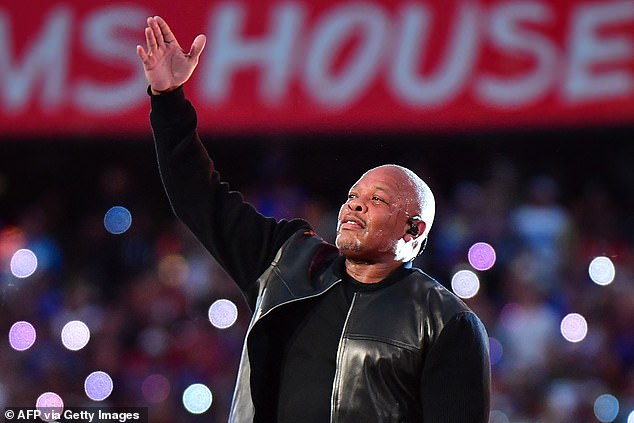 ICU: The successful star expressed that he had to spend two weeks in the Intensive Care Unit to be constantly monitored by doctors to track his health and progress; pictured in February at the Super Bowl 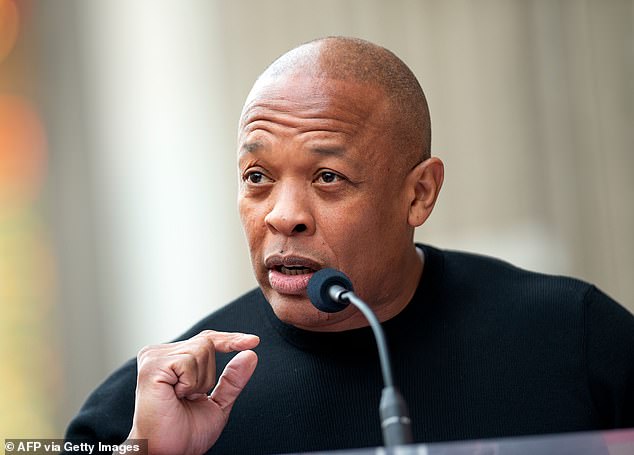 Recovery: The record producer stated during the podcast that every hour a doctor came in to have him do tests to monitor his brain; seen in 2018

‘So I’m in the ICU for two weeks. Because of what was going on in my brain, they had to wake me up every hour on the hour for two weeks to do these tests,’ Dr. Dre stated.

‘Basically looking like sobriety tests, like touch your nose, rub your heel on your calf and all that s**t. So every hour for two weeks, I had to wake up and do that,’ he added.

The rapper admitted that he had gotten used to the hourly tests by the time he was taken out of the ICU.

‘I was tired. As soon as they’d leave I would try to go to sleep because I knew they’d be coming back in the next hour.’ 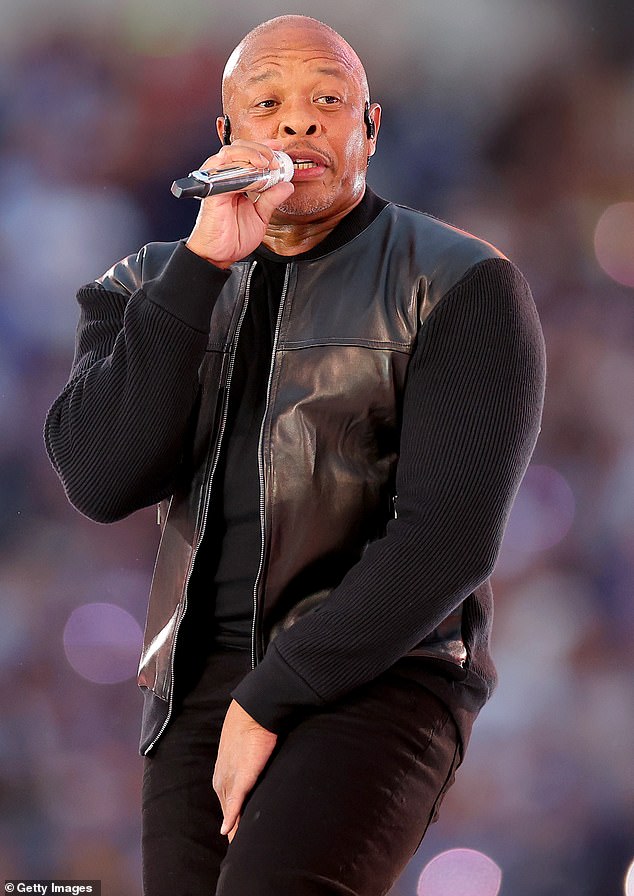 Never afraid: The performer admitted that although he spent two weeks in the ICU, ‘I never felt like I was in trouble’; seen in February during the Super Bowl LVI halftime show 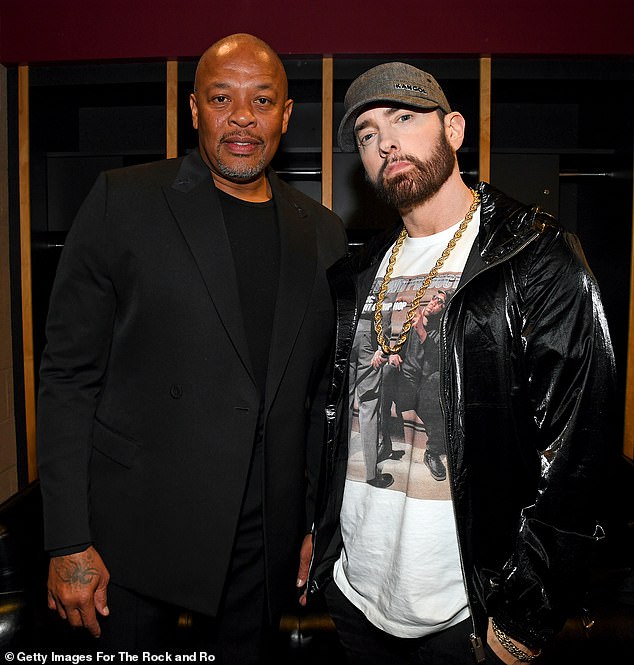 Recent collaboration: Dr. Dre recently produced the song, The Kind And I, which was sung by Eminem and Ceelo Green, for Baz Luhrmann’s Elvis biopic; Dr. Dre and Eminem pictured together in 2021

Although the star’s life was on the line, he revealed that he never felt worried or concerned that the worst could happen.

‘I never felt like I was in trouble. I felt like, OK, I’m just going through procedure. I’m ready to go home.’ Despite his time in the hospital, Dr. Dre appears to have regained his health and has completed a number of projects since his recovery.

The talented star released an EP titled, The Contract, in February of this year, and has collaborated with a number of artists such as Snoop Dogg and Mary J. Blige for their own upcoming albums.

He notably performed earlier this year at the Super Bowl LVI halftime show along with other stars such as 50 Cent, Eminem, and Kendrick Lamar.

He recently produced the song, The King And I, for Baz Luhrmann’s Elvis biopic. 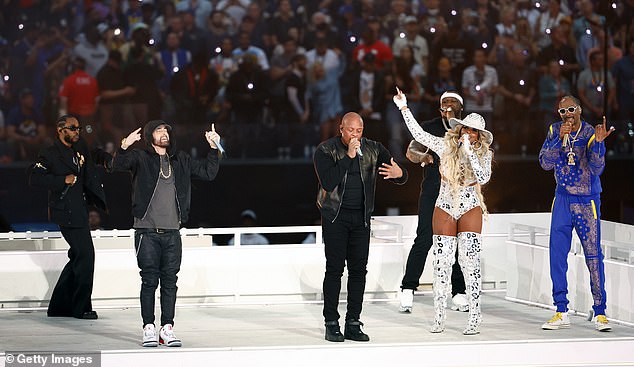 Comeback performance: The rapper performed at the Super Bowl LVI halftime show earlier this year, along with other stars such as Eminem, Kendrick Lamar, and Snoop Dogg 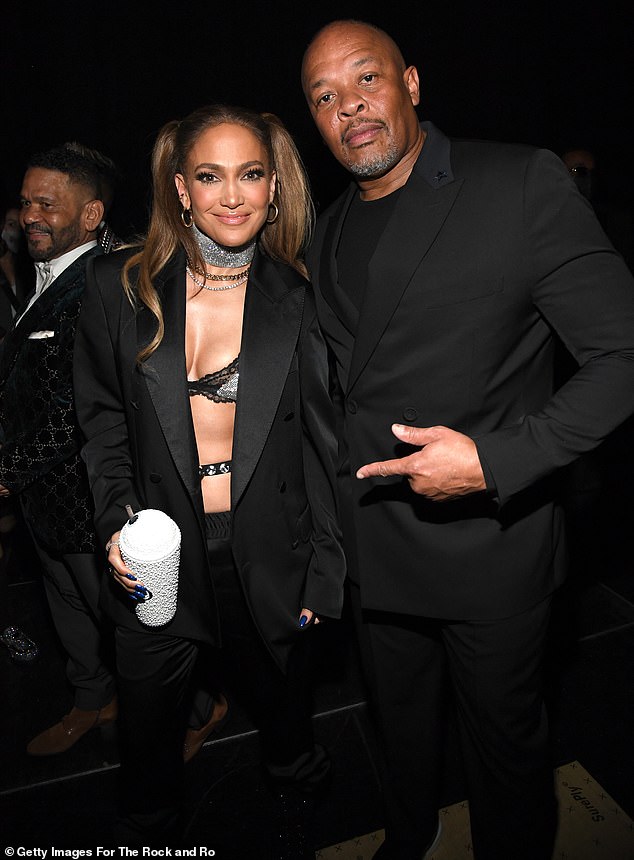