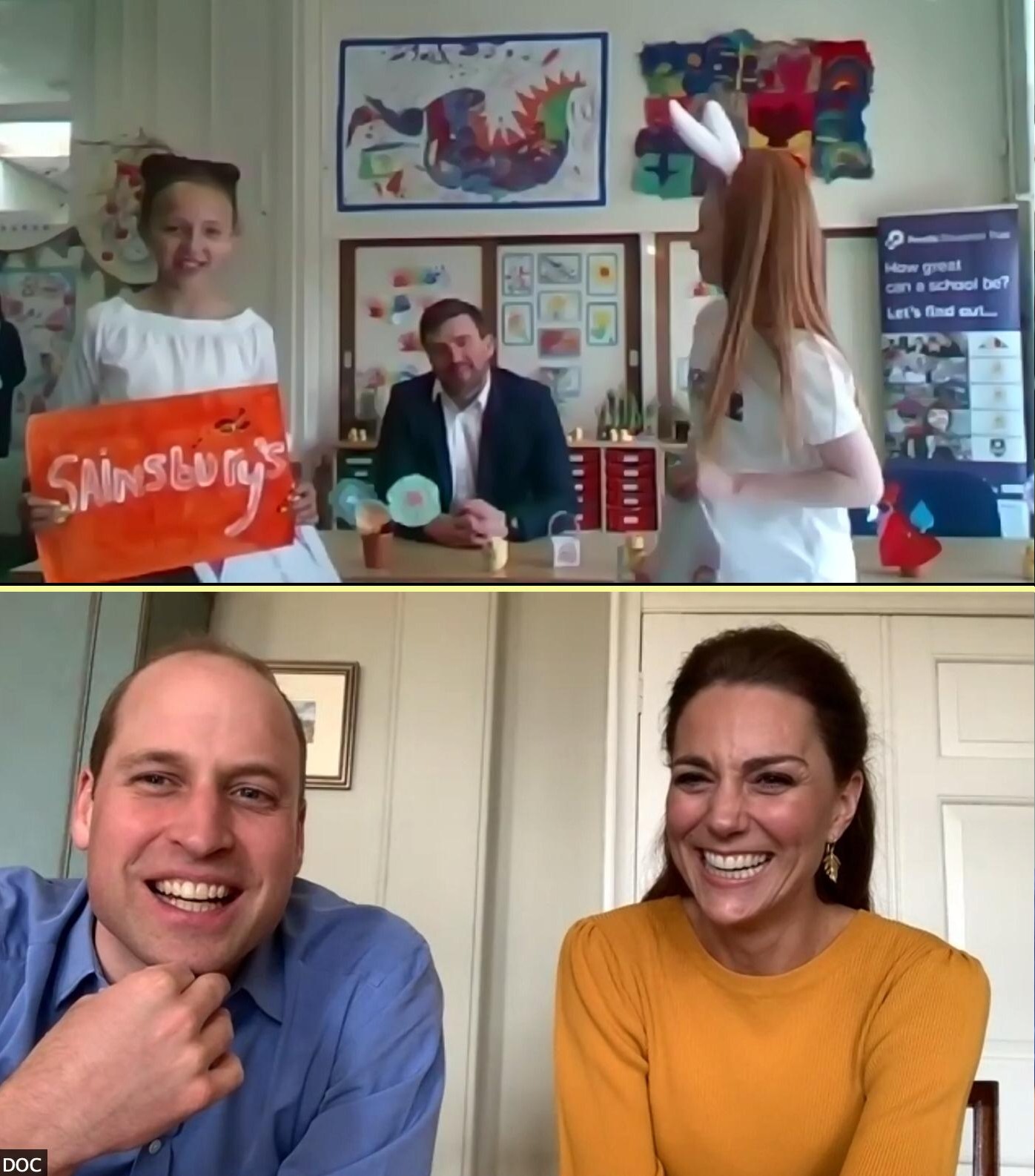 We’re still discussing the Duke and Duchess of Cambridge’s (admittedly cute) video where they talked to the children of NHS workers via Zoom. Sidenote: Kate’s mustard-colored sweater was from Zara and we’ve never seen it before on her. It was cute too. These are the crumbs they give us. Perhaps they’ll do one video a week and the press will just have to write about that video all week? Anyway, according to the teachers who are working with the students, Will & Kate answered some of the kids’ questions during the chats, and those Q&A sessions didn’t make it into the video released by Kensington Palace:

Kate Middleton has rubbed elbows with many famous faces — from Olivia Colman to Reese Witherspoon — but its an English broadcaster and natural historian who earns the top spot as her favorite celebrity encounter. While taking part in their first-ever full royal engagement via video call amid the coronavirus pandemic on Wednesday, Kate and Prince William chatted with children at school in northern England where the kids of essential workers — such as healthcare staff and emergency services members — are being cared for and taught.

The kids had plenty of questions for the royal couple, including who their favorite celebrities are — and Kate shared that her 6-year-old son Prince George‘s recent interests influenced her answer.

“The kids also asked them what the best famous person was that they had met — something I bet they don’t get asked very often!” said Anita Ghidotti, Chief Executive of the Pendle Trust, according to Hello! magazine. “The Duchess said that George has been watching lots of David Attenborough, Blue Planet and the like, so that would probably be hers.”

The children were making arts and crafts for Easter and were able to proudly show the royals what they had made. Many of the kids also wore bunny ears for the occasion, to which Kate said: “We should have had our bunny ears on.” William then chimed in: “That’s a strong look.”

As one little girl held up a handmade basket, William said: “Is that a little handbag?” The little girl let out a big laugh and then corrected the prince, saying: “No! It’s an Easter bag!”

At the end of the call, the staff wished William and Kate a happy Easter with their children, Prince George, Princess Charlotte and Prince Louis. William then shared: “There will be a lot of chocolate being eaten here, don’t worry!” Kate then turned to him and said with a laugh: “You keep eating it!”

Oh, Prince George likes David Attenborough’s documentaries, huh? I wonder if George would be interested in a certain elephant documentary on Disney Nature?? I honestly wondered if William’s “is that a little handbag” was a dad-joke but as I’m watching the video again, I think he really did believe it was a little handbag. Which is sort of funny. And William keeps eating chocolate, huh. Honestly, same. I just bought a $9 bag of Reese’s mini cups and KitKats.

The Duke and Duchess of Cambridge called teachers and school staff at Casterton Primary Academy to thank them for their hard work and dedication. pic.twitter.com/2h9N66O4EP