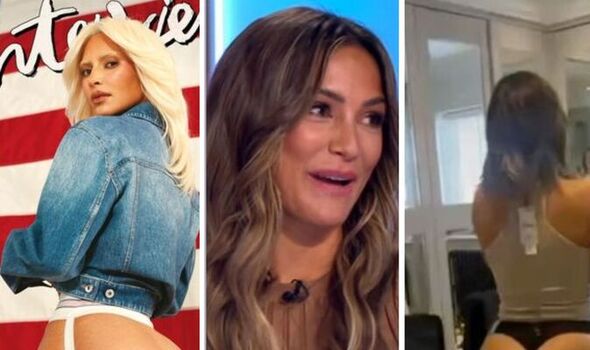 Frankie Bridge tried to fit into a pair of jeans

The star attempted to squeeze on some jeans to poke fun at Kim Kardashian.

Frankie Bridge, 33, has taken to Instagram with a comparison picture between herself and Kim Kardashian. She hilariously compared her own assets to the reality TV star’s in her daring new magazine cover.

The Loose Women panel member mimicked the picture and joked that Kim “stole” her look.

Frankie pulled down her jeans across her bum just as Kim did, to reveal her black thong.

The snap of Kim was featured on the cover of Interview magazine for the publication’s American Dream issue.

In the snap, she wore a double denim outfit as she went for a blue denim jacket and jeans made by Bottega Veneta. 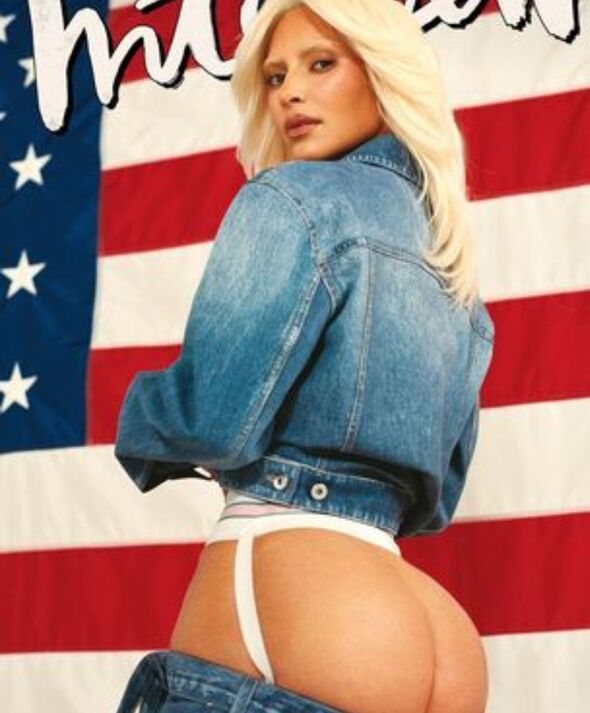 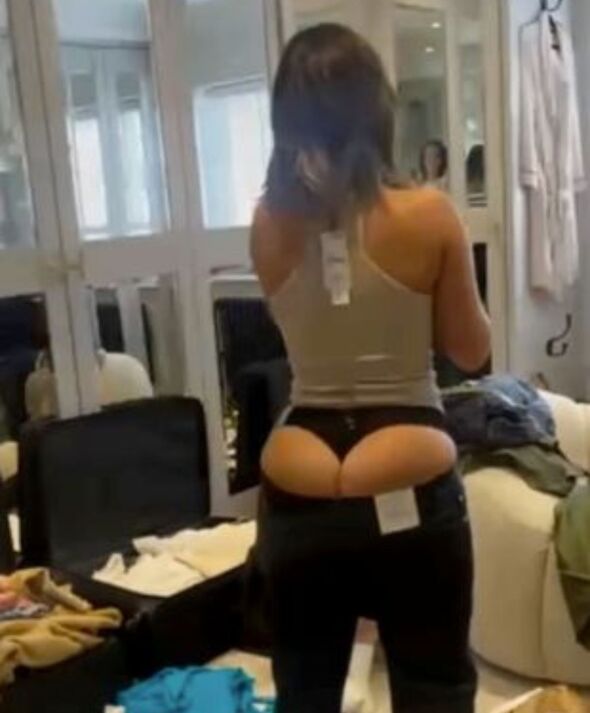 Frankie Bridge is an English singer and presenter, regularly seen on Loose Women

Frankie Bridge is best known for being a member of The Saturdays. 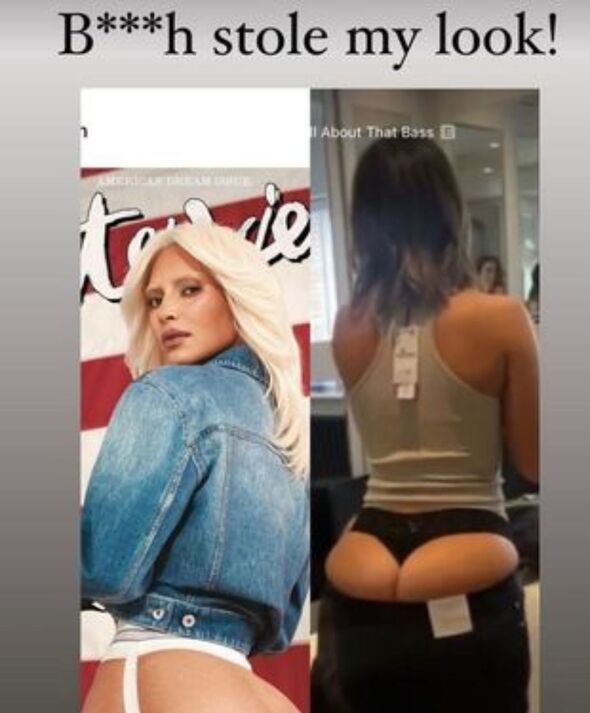 Frankie Bridge was also a member of S Club Juniors

She is signed to Fascination and Polydor labels. 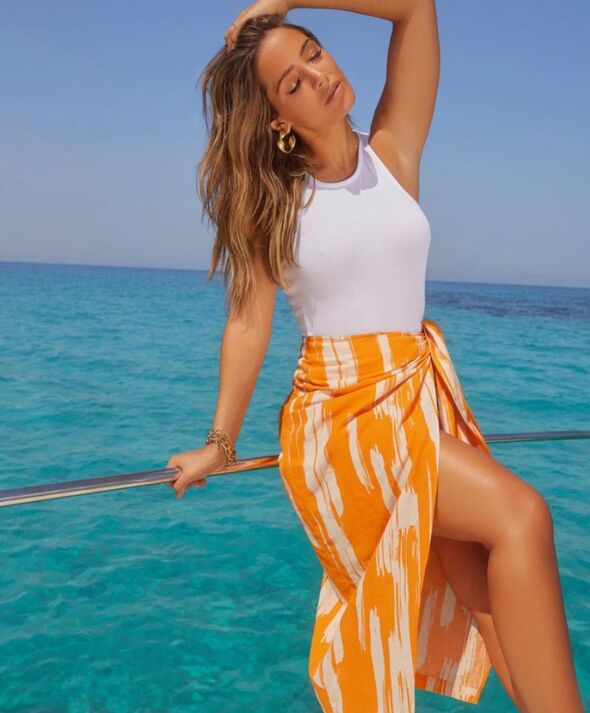 Frankie Bridge began her career in 2001 as a child star

It came when she auditioned for Simon Fuller’s reality TV competition S Club Search that year.