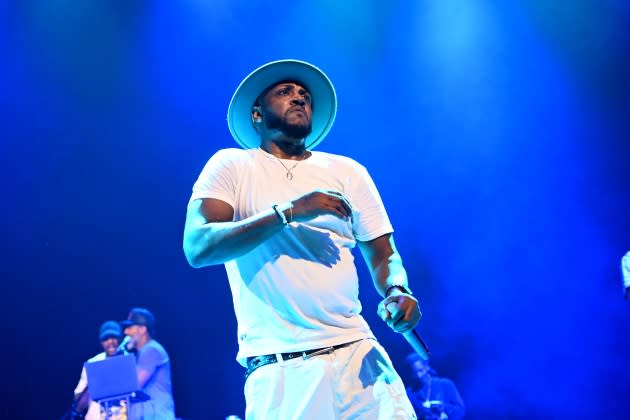 A grand jury in Louisiana indicted Mystikal on a charge of first-degree rape stemming from an alleged incident in which he sexually assaulted and held a woman against her will at his Baton Rouge-area home in late July. If convicted, the rape charge comes with a mandatory life sentence under state law.

The rapper, whose real name is Michael Lawrence Tyler, also faces nine additional criminal counts including criminal damage to property, false imprisonment, domestic abuse battery by strangulation, robbery, and several drug-related offenses, according to The New Orleans Advocate. Tyler, 51, remains incarcerated at the Ascension Parish Prison and is being held without bail.

A judge had previously denied Tyler bond following a hearing early last month, after which the rapper fired his attorney in favor of another lawyer who previously represented Tyler during another sexual assault case in 2017 that also carried charges of first-degree rape and second-degree kidnapping. In that incident, the rapper spent nearly 18 months in jail before posting $3 million bond. Those charges were ultimately dismissed by a grand jury in December 2020 after the Caddo Parish district attorney opted to resubmit the case “in the interest of justice” due to the discovery of additional evidence, local new outlet KSLA reported at the time.

“It’s an indictment,” Tyler’s new attorney Joel Pearce told reporters of the new charges Wednesday. “It means nothing. We look forward to our day in court.”

During an Aug. 2 hearing on the most recent rape charges, Sheriff’s Detective Garrett Keith testified that a female acquaintance of Tyler’s visited the rapper’s home on the evening of July 30 to discuss an alleged financial agreement between the two. Keith testified that the women reported Tyler’s “behavior changed abruptly” and turned violent before allegedly sexually assaulting her, the Associated Press reported.

Tyler is a lifetime registered sex offender, following his conviction for sexual battery after assaulting his hairstylist in 2003. He spent six years in prison for the offense before he was released in 2010.