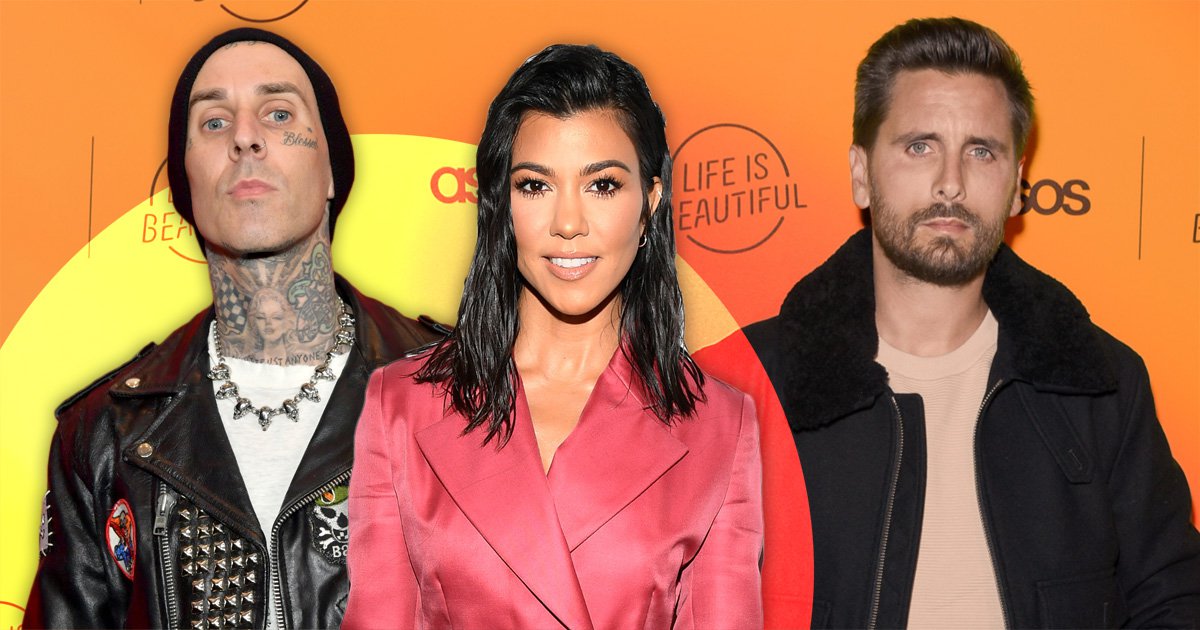 Kourtney Kardashian appears to have thrown some not-so-subtle shade at her ex-boyfriend Scott Disick amid drama regarding his alleged leaked messages.

The Keeping Up With The Kardashians star’s former partner, Younes Bendjima, sent us all into a spin when he leaked alleged DMs he had received from the dad-of-three, which appeared to show him dragging Kourtney’s PDA sessions with her beau, Travis Barker.

Kourt, 42, is yet to officially speak out about the incident but she did share a cryptic post that fans believe to be about her estranged baby daddy.

On Tuesday, the Poosh star shared a cartoon picture of two people passionately kissing with a speech caption that read: ‘Relax… This is going to hurt FOREVER’.

The reality star then stated fans should follow the link to learn ‘HOW TO GET OVER SOMEONE who treated you BADLY’.

Alongside a photo of a naked woman and man embracing, the caption read: ‘Still in love with someone who treated you like s**t? Been there. Poosh the link in our bio for @michelleafont’s advice on how to get over someone who isn’t worth your time.’

The drama all kicked off because Kourt and Travis decided to take their love to Europe, and this prompted Scott to try and initiated a conversation trashing the couple’s PDA with Younes.

The model, 28, posted a screenshot on his story, showing the businessman allegedly sending him a photo of Kourtney straddling the Blink-182 musician on a boat on holiday.

The message – seemingly from Scott’s account @letthelordbewithyou – read: ‘Yo is this chick ok!???? Broooo like what is this. In the middle of Italy.’

Having absolutely none of it, Younes replied: ‘Doesn’t matter to me as long as shes happy. PS: i aint your bro [sic].’

Sharing this with his followers, he captioned the post: ‘Keep the same energy you had about me publicly, privately.’

On the next story, he added: ‘Couldn’t miss this one. He been playing around for too long, tired to stay quiet and be the nice guy.’

If the messages are legit, this marks the first time Scott has directly addressed Kourtney’s budding romance, since she went public with Travis in February.

The former couple had been on-and-off for nearly a decade until their split in 2015, and share children Mason, Penelope and Reign.

There has always been constant speculation over whether they would reunite, with their will-they-won’t-they bond playing out on Keeping Up With The Kardashians.

Despite going their separate ways six years ago, and having both moved on since the split, Scott confessed that he doesn’t have the friendliest feelings towards anyone the Poosh founder chooses to date.

Appearing on the KUWTK reunion series earlier this year, host Andy Cohen questioned if he ‘gets upset’ when she is linked to other men.

He replied, with a deadpan expression: ‘Me? No. I just want to kill them. But mainly the last guy.’