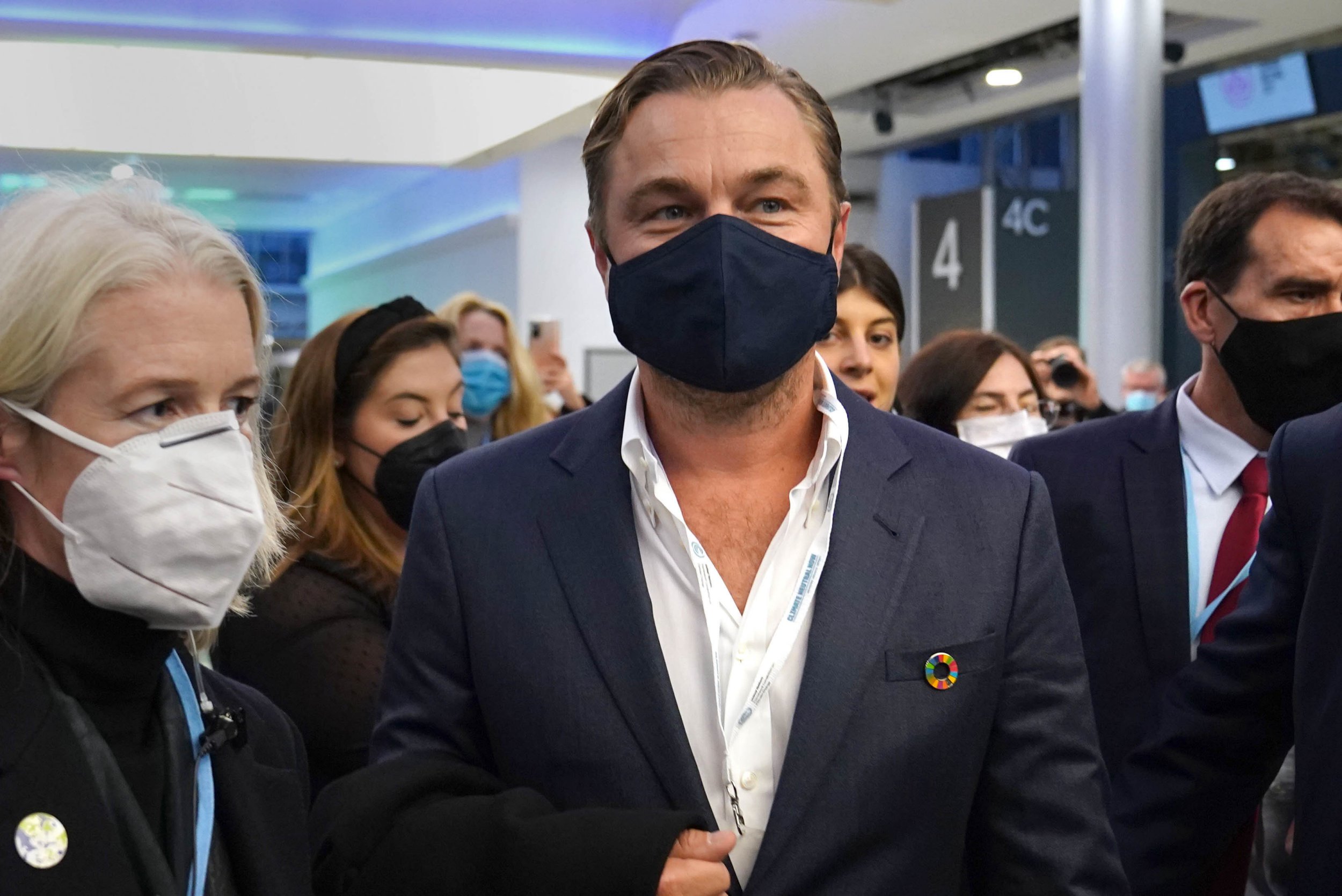 Leonardo DiCaprio has made an unexpected appearance at Cop26 after urging world leaders to do more about climate change.

The actor, who’s been vocal about the climate crisis over the past few years, was pictured masked up with security on either side as he attended the conference in Glasgow.

Leonardo, who donned a smart blue suit for the event, was mobbed by people as he arrived at the Glasgow SEC Centre on Tuesday.

Elsewhere, he was spotted at fringe events, including in Glasgow’s Maryhill district, where he posed with writer and producer Paul Goodenough for a photo.

It’s thought that the 46-year-old flew in on a commercial airline after some attendees were criticised for using private jets to get to the event.

While he didn’t announce that he would be attending this year’s event, it’s clear he’s been keeping a close eye on it, tweeting: ‘I join @antonioguterres in urging leaders at #COP26 to take crucial #ClimateAction, safeguard our future, and save humanity. Now is the time for ambition, solidarity, and action. @UN.’

Leo attended Cop25 in 2019 in Madrid, dubbing climate activist Greta Thunberg a ‘leader of our time.’

He’s often spoken out about the climate crisis, previously raising $100million (£73million) through his foundation for the cause.

While Leonardo seems to have made an effort since to use more sustainable transport, in 2016, he was slammed for taking a private jet to accept an award.