Liz Hurley has been left "stranded with no food and water" after he flight from the Caribbean island of Antigua was severely delayed.

The Austin Powers star, 57, is among thousands of British Airways passengers who have been left stranded as they attempt to fly home for Christmas, due to a high number of flight cancellations.

The airline said its long haul operations were hit by a technical issue which has since been resolved.

Liz took to Twitter to complain about the situation, writing: "@British_Airways Stranded at Antigua airport with no food or water, taxis or hotels offered yet. Plane delayed 20 hours." A British Airways flight from Antigua to Gatwick was scheduled to arrive at 9.10am on Tuesday, but is now not expected to touch down until 5.25am on Wednesday.

Since Monday night at least 18 flights to and from Heathrow have been cancelled, affecting routes serving the US and Canada.

There are also long delays to a number of other flights serving Heathrow and Gatwick. They include arrivals from the Mexican resort of Cancun and the US city of Philadelphia, which are expected to land more than five hours behind schedule.

British Airways said in a statement: “Our teams have now resolved a temporary issue that affected some of our long-haul flight planning systems overnight, which resulted in delays to our schedule.

“We’re sorry for the disruption caused to our customers’ travel plans.”

British Airways said the problem related to a single piece of software, and was not a repeat of IT outages which have repeatedly hit its operations in recent years. 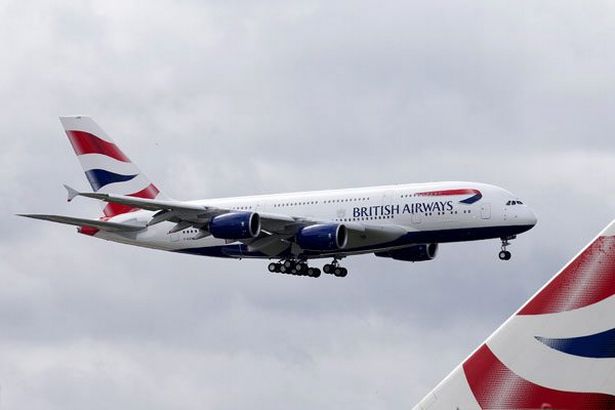 It said the issue did not have an impact on safety, did not affect aircraft already in the air and was limited to long-haul flights.

There were already concerns about disruption to Christmas flights due to a strike by Border Force workers.

About 1,000 Border Force staff who are members of the Public and Commercial Services union at Heathrow, Birmingham, Cardiff, Gatwick, Glasgow and Manchester airports will strike every day from Friday to the end of the year, except December 27.

British Airways and Virgin Atlantic have reportedly stopped selling new tickets for flights arriving at Heathrow on strike days, to ease the pressure at the airport.