Home » Celebrities » Michael C. Hall’s Wife: Facts About Morgan McGregor & The Women He Loved Before Her

Michael C. Hall’s Wife: Facts About Morgan McGregor & The Women He Loved Before Her

Michael C. Hall has as illustrious a dating history as his acting career. Find out more about his current wife Morgan McGregor plus his past flames here.

Michael C. Hall is an actor, musician and producer, perhaps best known for his singular acting style playing a vigilante serial killer in Showtime’s Dexter as well as his memorable take as David Fisher in HBO’s Six Feet Under. The 50-year-old may not be the most well-known face in the industry, but he’s recognized as a singular acting talent, having earned a Golden Globe award and three Screen Actors Guild awards for his performances. The Raleigh, North Carolina native also serves as the lead vocalist for the band Princess Goes to the Butterfly Museum and has appeared in various Broadway musicals.

Although fans may be familiar with Michael’s prolific acting career, they may not know much about his love life. Below we break down what you need to know about his current wife, Morgan McGregor, plus the details of his past wives, Dexter co-star Jennifer Carpenter, and actress Amy Spanger. 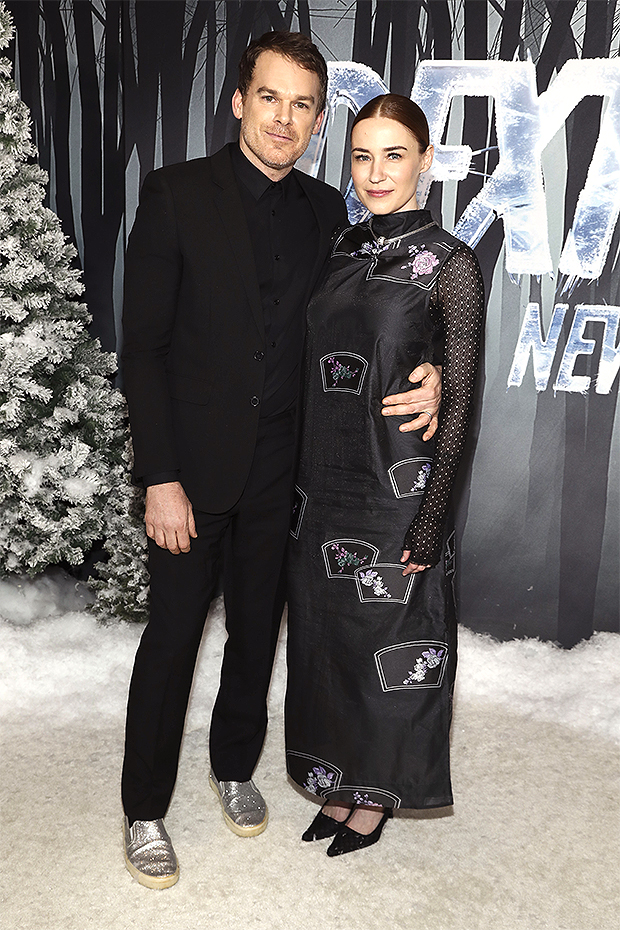 Morgan is a Canadian native and is a book reviewer and novelist. She and Michael began dating in Sept. 2012 and married on Feb. 29, 2016 in a low key City Hall wedding in New York City. The couple made their first public appearance at the 2012 Primetime Emmy Awards, but they remain a pretty private duo, with little information about Morgan available to the public.

The literary enthusiast did partake in a Q&A with online magazine The Nervous Breakdown back in 2011, speaking to her deep admiration for writers and publishers and sharing more of her passion as a critic. “I want to write reviews that are unclouded by my personal feelings for the publisher or the writer,” she said. “Literary friendships feel fundamentally wrong to me, in the context of my wanting to be a serious reader.

Michael also spoke about his wife in a 2018 Daily Beast interview, saying the critic and book reviewer was now “working on her own stuff.” He also told The Guardian in 2014, “I suppose […] I probably benefit more from her expertise than she does from mine. She has a unique ability to place books with people, myself included, so that’s a nice perk.”

The couple currently resides the Upper West Side of New York City in a 2-bedroom apartment they purchased for $4.3 million in 2017. 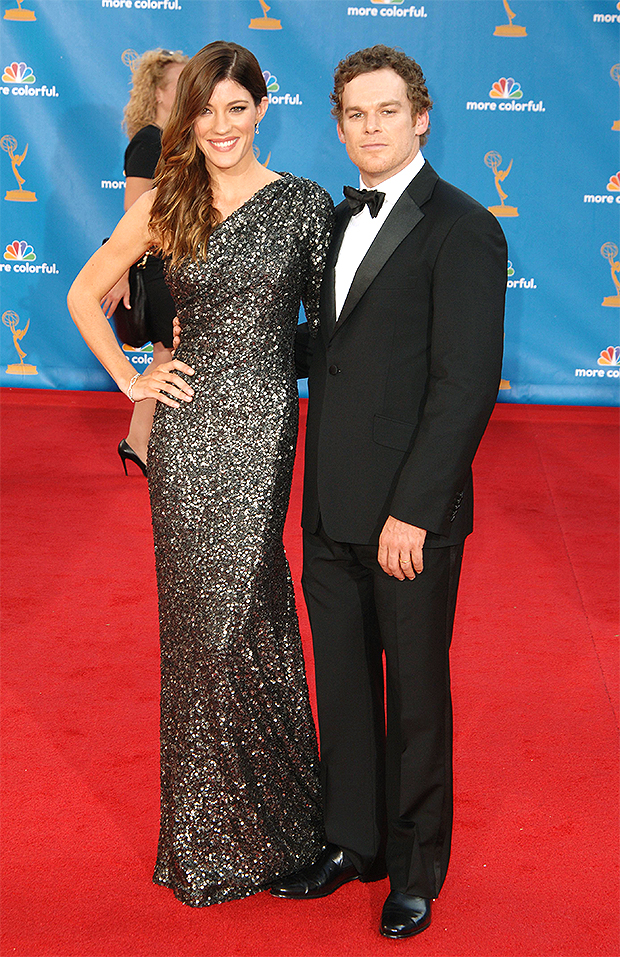 In 2007, Michael began dating his Dexter co-star Jennifer Carpenter. The couple married in 2008 on New Years Eve in California and appeared together publicly for the first time as a married couple at the 66th Annual Golden Globe Awards in Jan. 2009. Wikipedia states the couple “eloped,” and, when asked about the term, Michael explained to The Guardian during an interview how he looked at things. “In the strictest term, I think it means that you go off and get married on your own, with whatever parties are necessary to make it legitimate and legal – perhaps to some exotic location, but that’s not necessary,” he told the outlet in 2014.

The two released a statement in Dec. 2010 that they had filed for divorce after being separated for “some time.” They filed under “irreconcilable differences” and finalized the divorce in Dec. 2011. The two, however, reportedly remain good friends.

At a “Farewell to Dexter” live even in Los Angeles, the former couple were asked what it was like to continue to work together despite their split. “It was gratifying,” Michael said at the time, per Us Weekly. “It was what we needed and wanted to do.” Jennifer then added, “Our marriage didn’t look like anyone else’s, and our divorce didn’t either. Just because our marriage ended doesn’t mean the love did.” 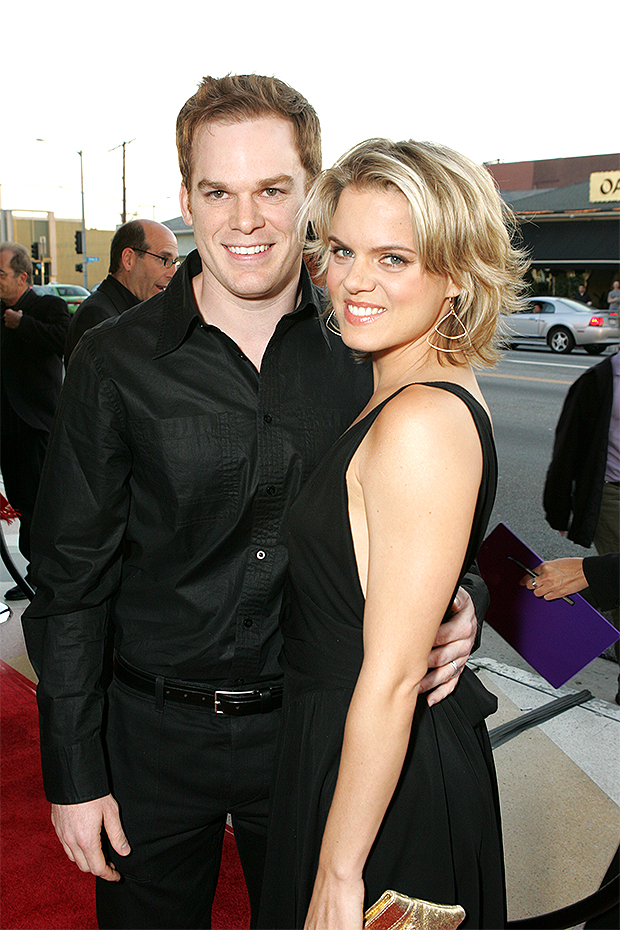 Amy Spanger is an American actress, singer, and dancer, born May 21, 1971. The Newbury, Massachusetts appeared in several Broadway plays, including Sunset Boulevard, Kiss Me, Kate, The Wedding Singer, and more. Amy and Michael married in 2002, and, the summer after they tied the knot, Michael played Billy Flynn in the Chicago musical opposite Amy’s Roxy Hart. The actress also appeared in an episode of Six Feet Under in 2005. The couple split in 2006.