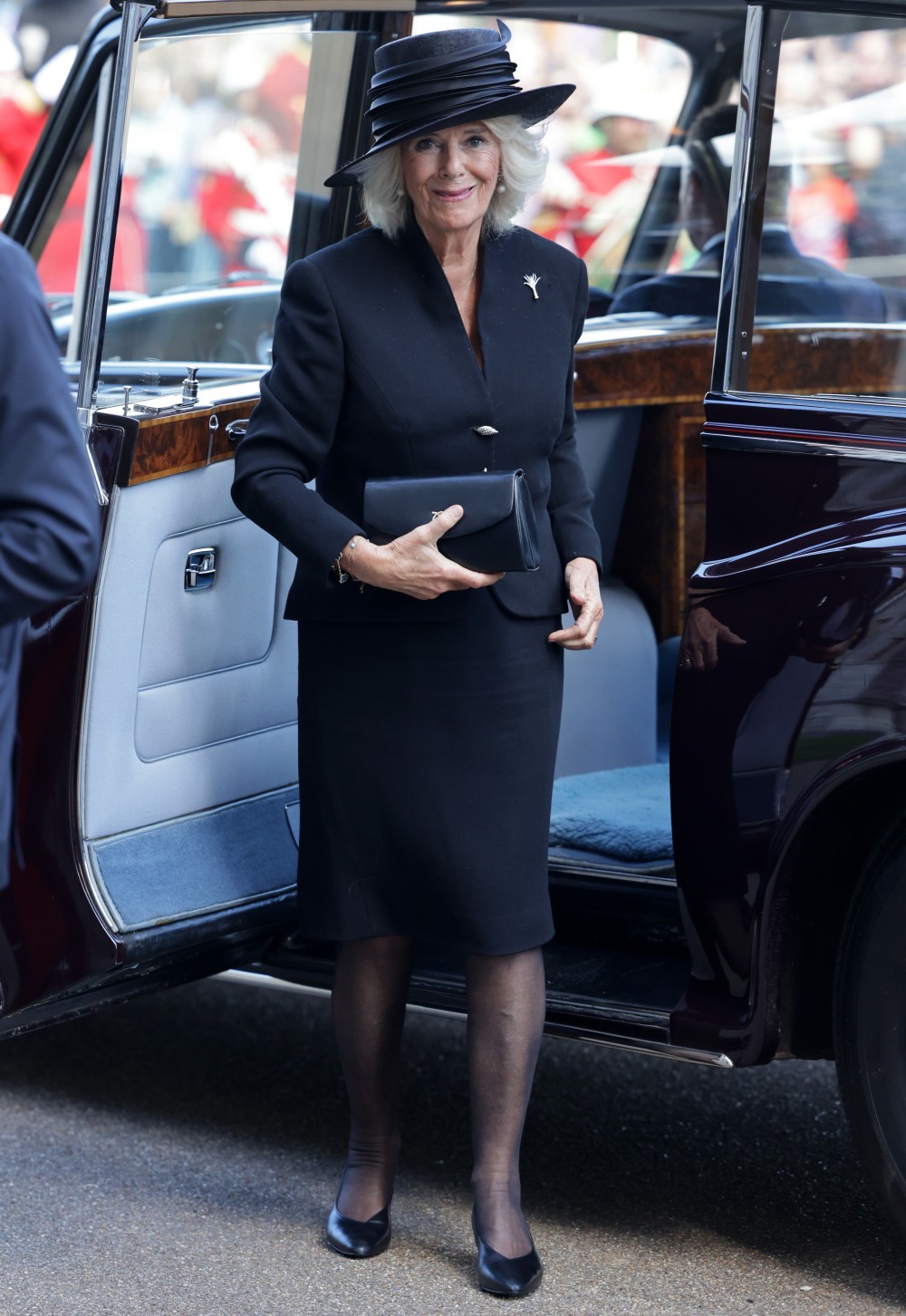 Queen Camilla has seemed a little bit “off” in the first week of her queen-consorting. I thought she seemed especially off-kilter the first few days after QEII’s passing, and then I thought, well, maybe the change in status has made her pretty uncomfortable. Camilla has been doing most of the same events as her husband, and she’s been wearing low heels most of the time. I thought that was because of her age and osteoarthritis, which… maybe it is. But as it turns out, Camilla broke her toe in early September, so she’s literally been gritting through pain for all of her first queen-consort events.

Queen Consort Camilla reportedly has been in “quite a bit of pain” from breaking her toe earlier this month before Queen Elizabeth II died. A source told The Telegraph on Thursday that although she’s been in pain, she’s “just getting on with it.”

“It is unfortunate timing to say the least but she’s been an absolute trooper,” the source added.

Dr. Rock Positano, Director of the Non-Surgical Foot and Ankle Service at the Hospital for Special Surgery in New York City, told Page Six that a broken toe, “is very painful and one of the most painful injuries orthopedically. It is often painful for 4-6 weeks.”

Despite the pain, the 75-year-old been busy traveling around the country with her husband, King Charles III, as they meet with officials and mourn the loss of the long-reigning monarch.

She’s been standing in all the official ceremonies as well as made the rounds to meet with people who have gathered outside the palace while dealing with the ongoing injury. Although she did get a reprieve when she rode in a car during the procession to Westminster Hall on Wednesday.

Meanwhile, the king, it appears, may be dealing with some health problems of his own as his hands seemed raw and redder at the knuckles and joints of his fingers while greeting mourners.

Fans of the royal family voiced their concerns for the king’s health on social media, especially after his late mother was seen with discolored hands before her death.

Speaking as someone who has some (albeit minor) foot and knee issues, I genuinely feel for Camilla a little bit. What a month to have a broken toe – she’s expected to stand constantly, walk around on uneven surfaces, wear heels, go on parade, be seen every day, it’s a whole mess. My ass would be in bed or, at the very least, walking with a cane. As for Charles and his hand situation… the man’s hands have been an issue for years. They’re always crazy-swollen and discolored. Charles’s face is often discolored too. There are rumors of rosacea but I don’t think he’s ever confirmed that? 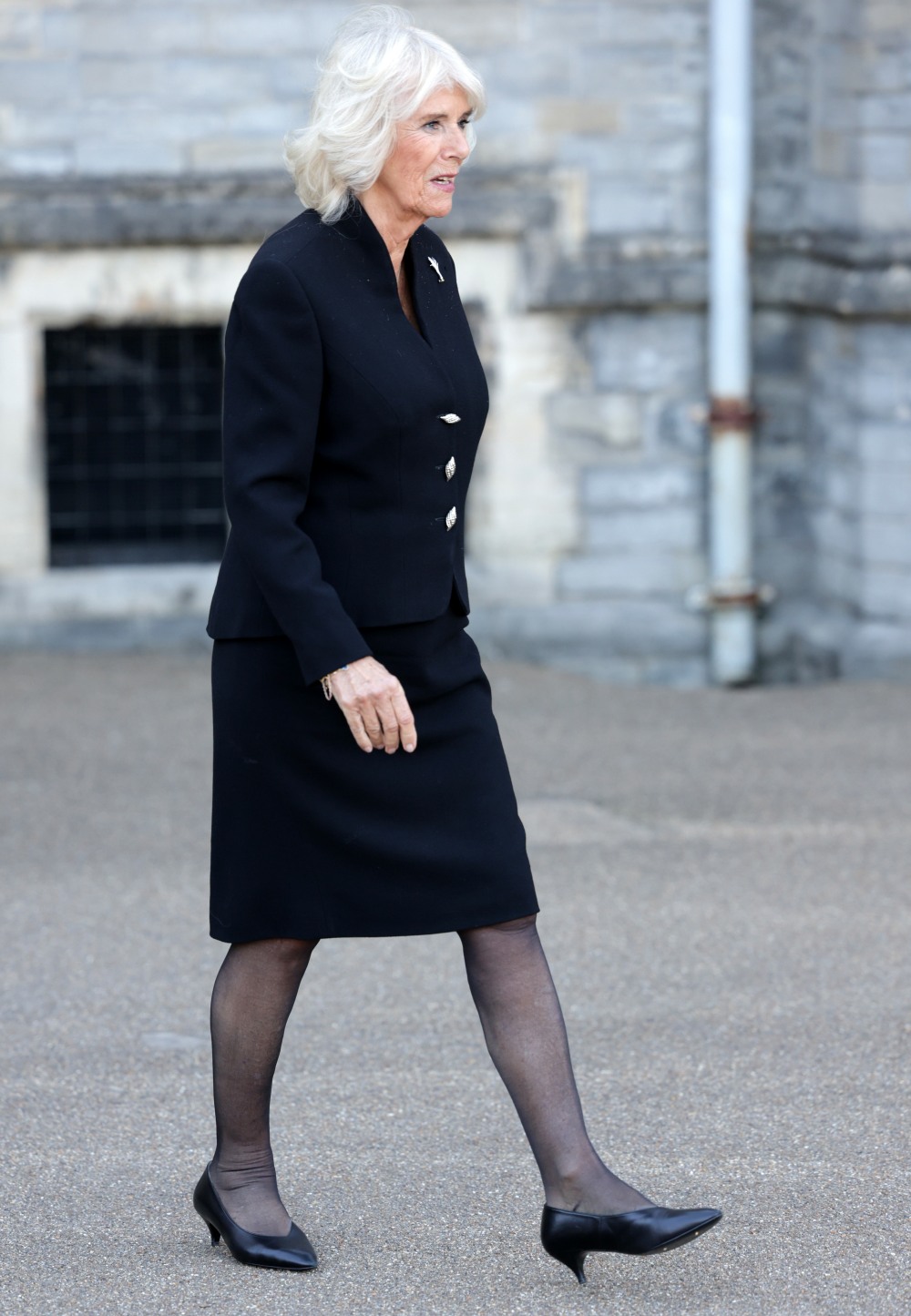 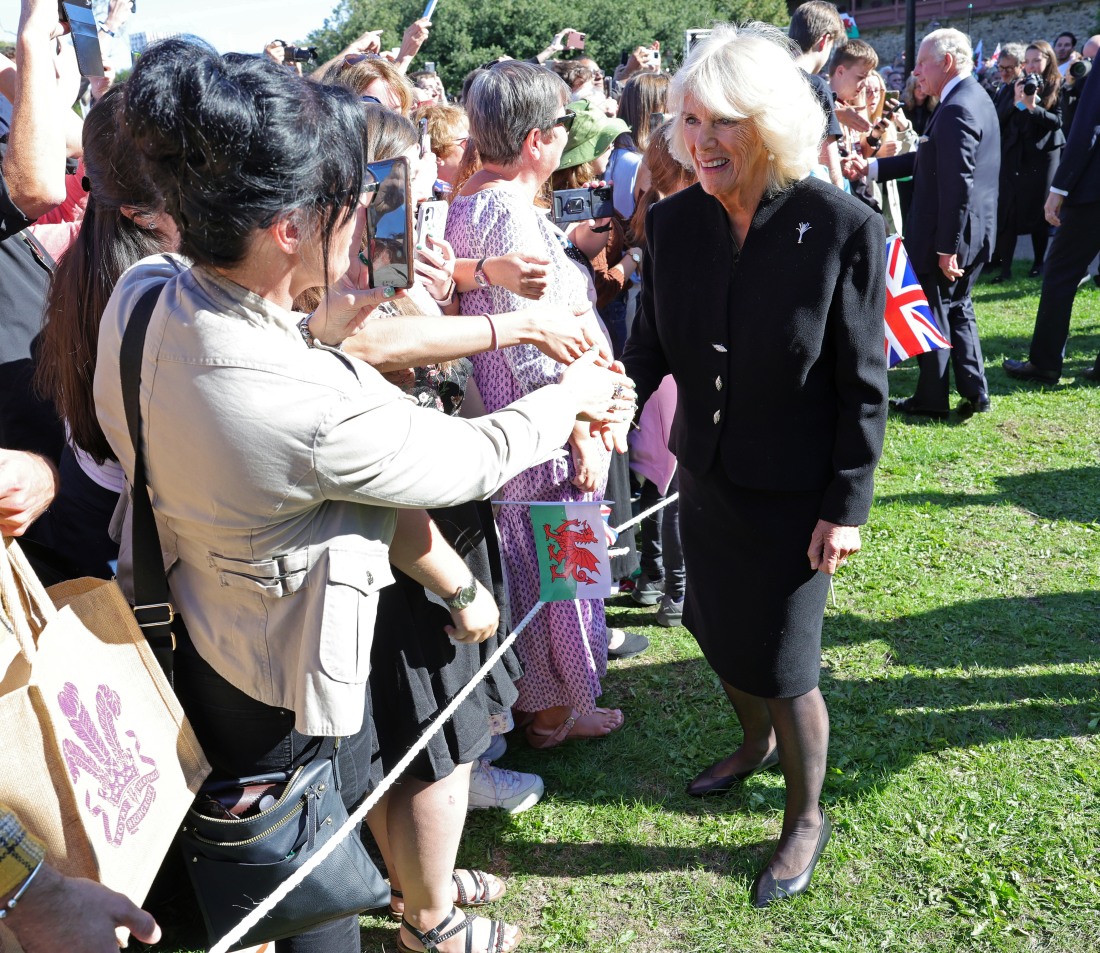