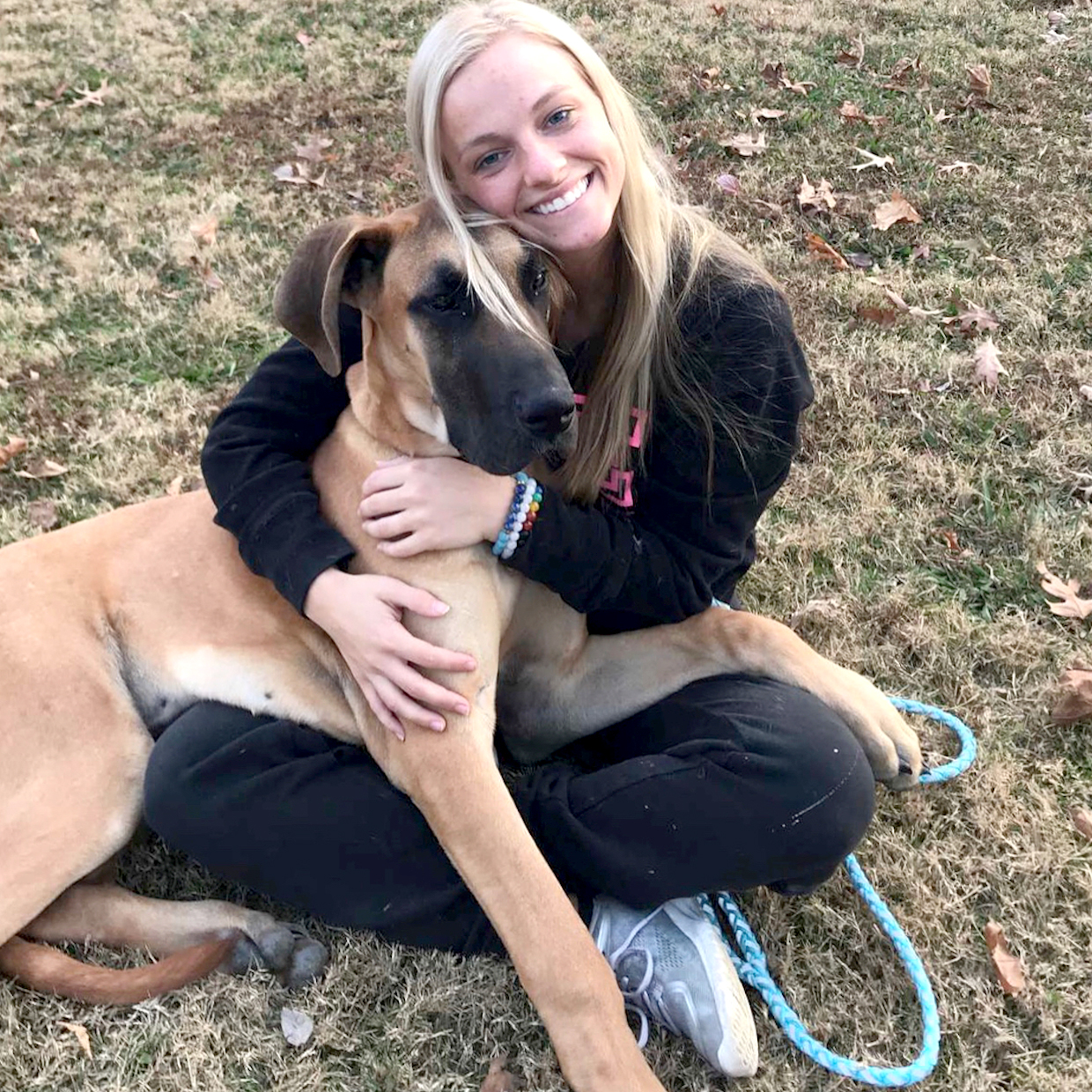 Teen Mom 3 alum Mackenzie McKee was accused of leaving her dog in a pen while on vacation in the Bahamas with her husband, Josh McKee.

TMZ reported on Tuesday, May 21, that the Miami, Oklahoma-based couple’s neighbor reported them for leaving their dog Hank alone in the backyard while they were on a cruise. The website obtained photos of the Harlequin Great Dane standing in mud and surrounded by his own feces in a large cage covered with a tarp to protect him from the rain. He had a bowl of food and a wood pallet to stand on.

The neighbors called a local animal control service and claimed that Hank had been crying for four days, according to TMZ. The agency reportedly rescued the dog due to a tornado warning in the area. Mackenzie, 24, told the site that her mom and other relatives tended to Hank and cleaned out his pen daily.

The former MTV personality also denied any wrongdoing in a series of tweets on Tuesday, writing, “Lies…. all lies… that is all. If you guys think that my neighbors were telling the truth, you are out of your mind. They have had it out for us since we moved in in October and moving is in the near future.”

Mackenzie went on to say that she loves Hank “more than words could ever describe” and paid $4,000 “to have his fence installed 2 weeks before vacation.”

“We bought that pen for Mr. Hank because he hates kennels and I think he needed more sleeping room,” she explained. “I called [the cruise line] about getting him boarded and told them that dog WILL NOT SLEEP IN A KENNEL. But they said that’s how they operate. Trust me when I say I looked into all options.”

The former reality star asserted that her family members checked on Hank and “let [him] out to run and play 3x a day.” She added, “We were on top of him being loved and cared for. Animal control said we passed wellness check. … Me nor my mother or the other two taking care of him support animal abuse.”

The news comes weeks after Teen Mom 2 star Jenelle Evans’ husband, David Eason, admitted to shooting and killing her dog Nugget. MTV subsequently fired Evans, 27, while Eason, 30, has not appeared on the reality series since the network cut ties with him in February 2018 over his homophobic tweets. Child Protective Services have since removed Evans’ children, Jace, 9, Kaiser, 4, and Ensley, 2, from their home.

Us Weekly has reached out to Mackenzie, MTV and the City of Miami Animal Control for comment.