Home » Celebrities » ‘The Mandalorian’ Season 1, Episode 7 Will Have A ‘Rise Of Skywalker’ Sneak Peek

‘The Mandalorian’ Season 1, Episode 7 Will Have A ‘Rise Of Skywalker’ Sneak Peek

Between the arrival of Star Wars: The Rise of Skywalker in theaters, The Mandalorian on Disney+, and the Rise of the Resistance ride at Disney theme parks, everything’s coming up Star Wars. Lucasfilm is doing everything to cross-market the film, both with other Disney owned brands (like releasing the trailer on ESPN’s Monday Night Football) or with itself. The latter is about to pay off handsomely for those with Disney+, as The Mandalorian Season 1, Episode 7 has a Rise Of Skywalker sneak peek just two days ahead of the film’s release.

This is part of a rollout that will see three Star Wars titles all culminate at the same time. The Rise of Skywalker arrives in theaters on Friday, Dec. 20. Star Wars VIII: The Last Jedi arrives on Disney+ on Thursday, Dec. 26, and The Mandalorian finale lands Friday, Dec. 27.

The Mandalorian is already one of 2019’s most buzzed-about shows, thanks to Baby Yoda and his infinitely meme-worthy scenes. But it does have a small problem. The show drops new episodes on Fridays, but Friday the 20th, as stated above, is the premiere of The Rise of Skywalker. Rather than compete against itself, Lucasfilm is moving The Mandalorian‘s penultimate episode of the first season back by two days and dropping it on Wednesday, Dec. 18.

Since, at that point, there will only 48 hours before Rise of Skywalker arrives in theaters, it’s a perfect time to drop a sneak peek of the new film along with it. 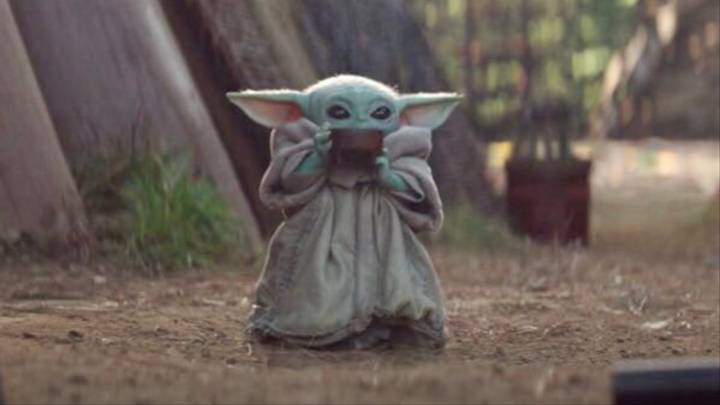 Here’s the announcement, as put out by the press release. It also contains a synopsis of the episode.

Though the synopsis does not say so, it should be noted that Giancarlo Esposito’s character, Moff Gideon, might be the "old rival," as his picture is included in the press materials.

What the synopsis and the materials do not allude to is if this episode has any significance for the final chapter in the Skywalker Saga.

Unlike Marvel, which has made it very clear that its Disney+ offerings are to be considered full-fledged entries for Phase IV, and the TV will connect directly to the events on the big screen, Lucasfilm has made no such claims. As far as fans know, the adventures of Mando and his Baby Yoda are wholly disconnected from everything in the films. But that doesn’t mean fans aren’t theorizing possible connections anyway. Adding in this sneak peek, and tying the two properties together, will only increase that fever.

The Mandalorian continues to drop one episode a week, on Fridays on Disney+, except for Episode 7, which lands on Wednesday, Dec. 18th. Star Wars: The Rise of Skywalker arrives in theaters on Friday, Dec. 20, 2019.