Victoria Beckham, 48, and her husband David Beckham, 47, have been embroiled in a predicament as the former Spice Girls star developed a new bedtime habit. The former footballer took to Instagram last night to reveal his difficulty sleeping after his wife bought a clip-on light to read at night.

Apparently, the light is so powerful despite its size that the dad-of-four is unable to sleep while Victoria is using it.

Victoria has now reacted to a Story shared last night by David, as she pleaded for fans to send solutions their way.

In view of his 75 million followers, David uploaded a bedtime picture which showed the pair laying in bed, with Victoria reading her book.

David wrote: “So my wife has a new light for her book from Amazon WOW @victoriabeckham. 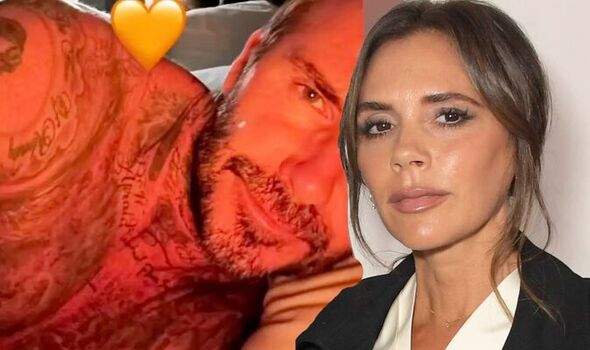 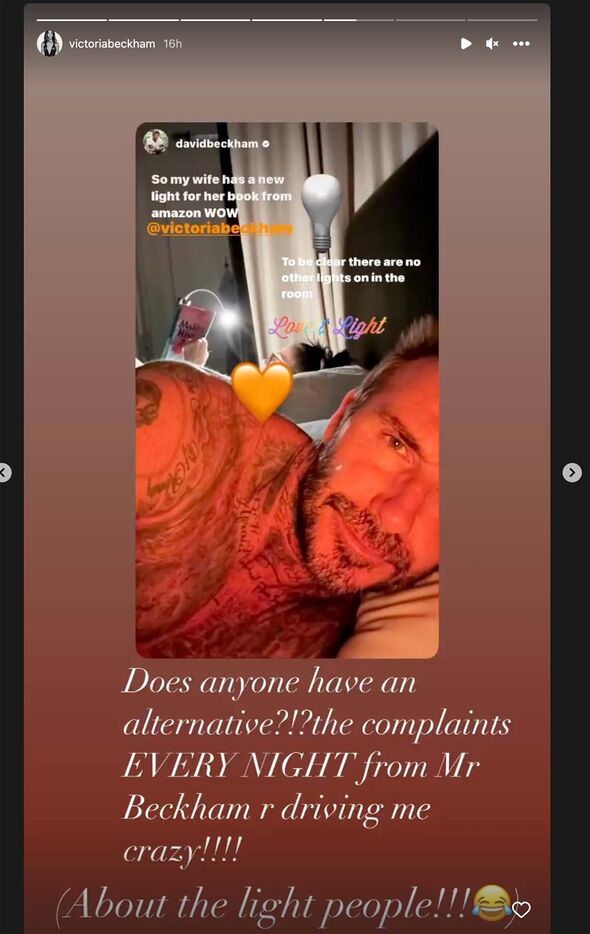 “To be clear there are no other lights on in the room.”

He went on to share a sticker, which read: “Love and light”.

Reacting to David’s Story, Victoria asked fans for “an alternative” to her new gadget as she joked that David’s complaints were “driving her crazy”.

Sharing the post, Victoria penned: “Does anyone have an alternative?!? 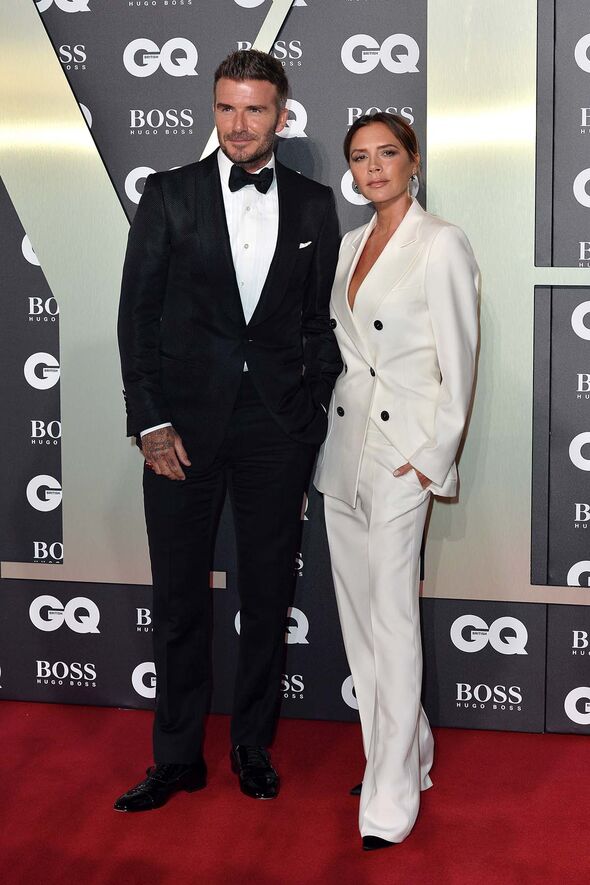 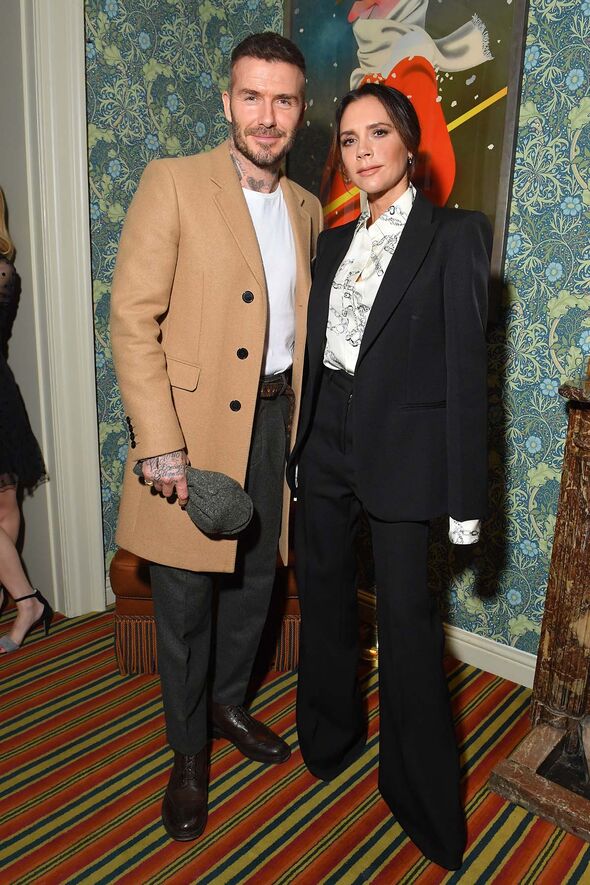 “The complaints EVERY NIGHT from Mr Beckahm r driving me crazy!!!!” (sic)

She then clarified in brackets: “About the light people!!!” alongside a laughing emoji.

Victoria recently gave a subtle insight into her relationship with David as she unveiled a new bag from her collection.

In a video shared on Instagram, Victoria showed off a bag design that had been inspired by a watch David bought her.

The clip saw the singer-turner-designer pose in front of a mirror while wearing a stylish silk gown and holding the bag.

Victoria said: “So, this bag is my must-have bag for the season inspired by a watch that David bought me.

“So, it feels quite masculine, super practical. You can really fit a lot in this bag. Super tactile, hold it a multitude of different ways but it feels very cool.”

She continued: “Feels very effortless, it’s simple but with this gold strap, it really makes it feel quite strong. I love it.”

Victoria also uploaded an Instagram post with three snaps where she showcased the bag and put its large gold buckle on display.

She captioned the post: “I’m in love with the chain detail on my new Chain Pouch bag! It was inspired by a watch that @DavidBeckham gave me a few years ago.

“This is such an easy bag to wear with every outfit – I’m pairing mine with my new season v-neck midi dress in Steel Grey x VB.”

The pair have been happily married since 1999 and share four children.