A FUMING neighbour posted a "passive aggressive" note through a nearby resident's door because they were making noise until midnight while hosting their 21st birthday party.

People were unimpressed with the unneighbourly note that sarcastically congratulated the birthday boy and accused him of being a "dismissive and disrespectful human". 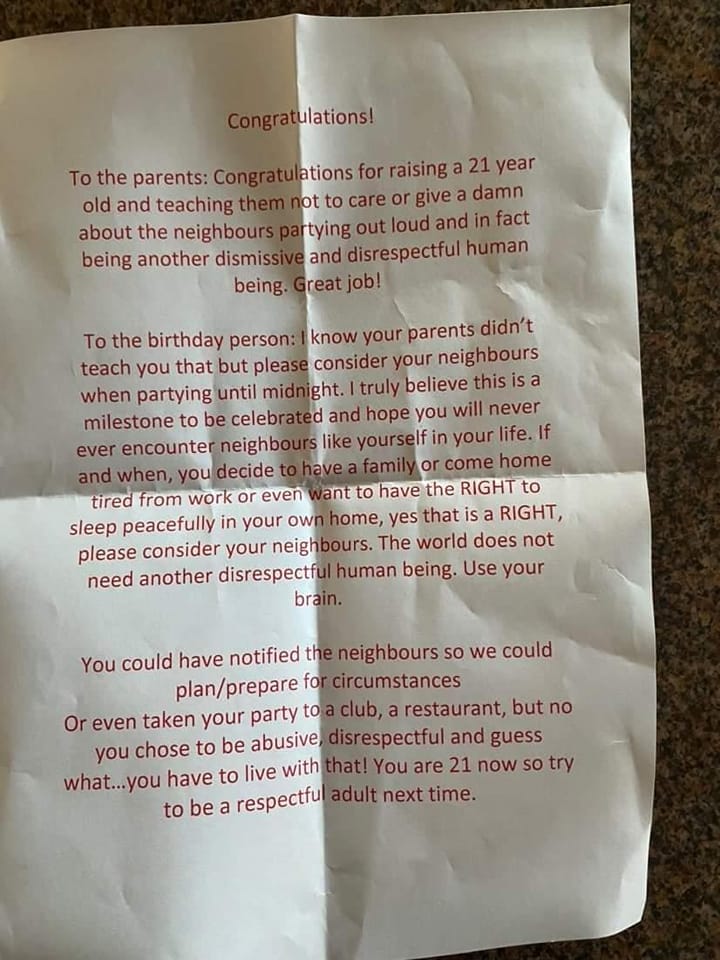 The 21-year-old shared the note online and explained that the neighbours had all been warned of the event with a letter through their own doors in advance.

The letter said: "To the parent: Congratulations for raising a 21-year-old and teaching them not to care or give a damn about the neighbours, partying out loud and in fact being another dismissive and disrespectful human being. Great job!

"To the birthday person: I know your parents didn't teach you that but please consider your neighbours when partying till midnight.

"I truly believe this is a milestone to be celebrated and hope you will never ever encounter neighbours like yourself in your life. 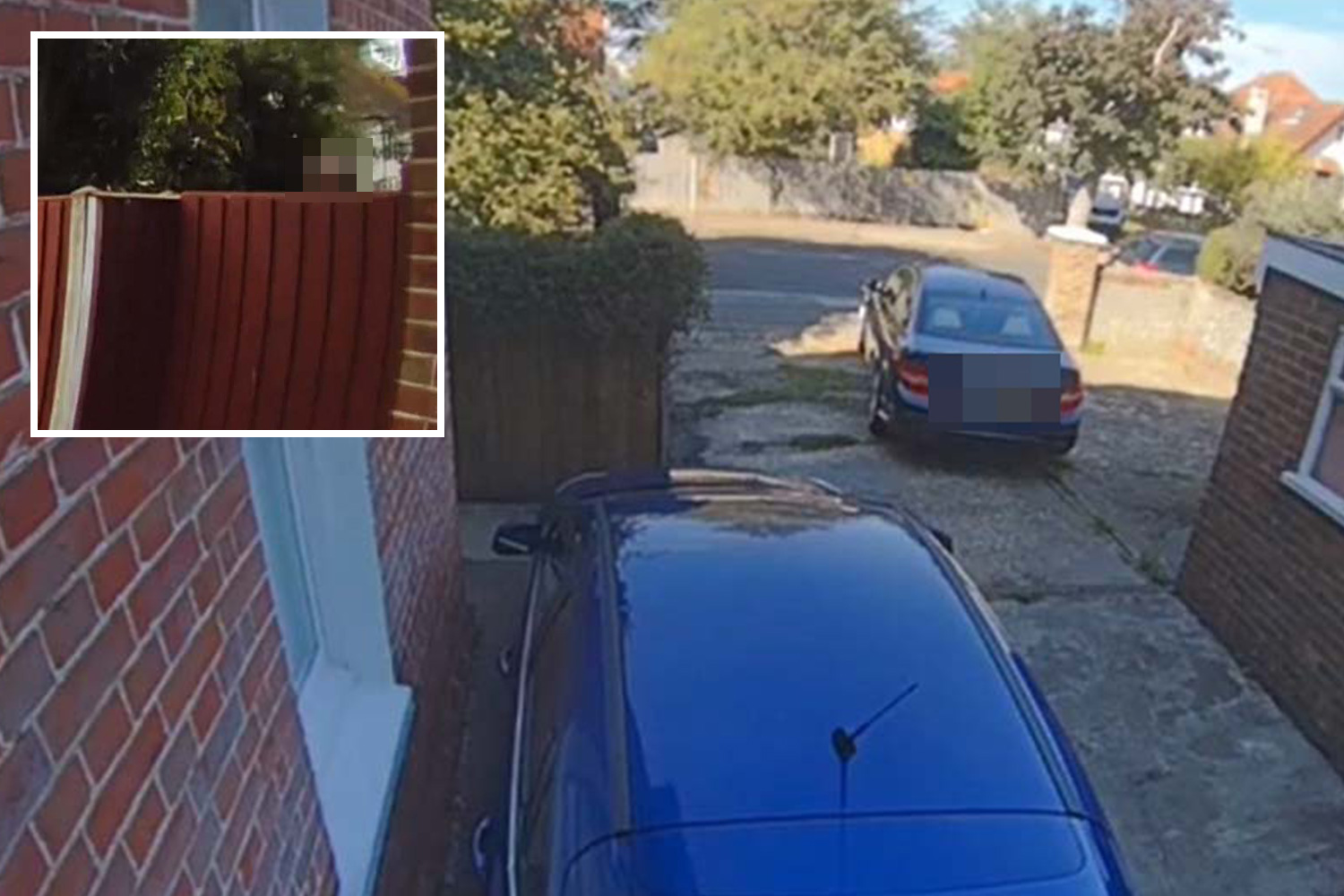 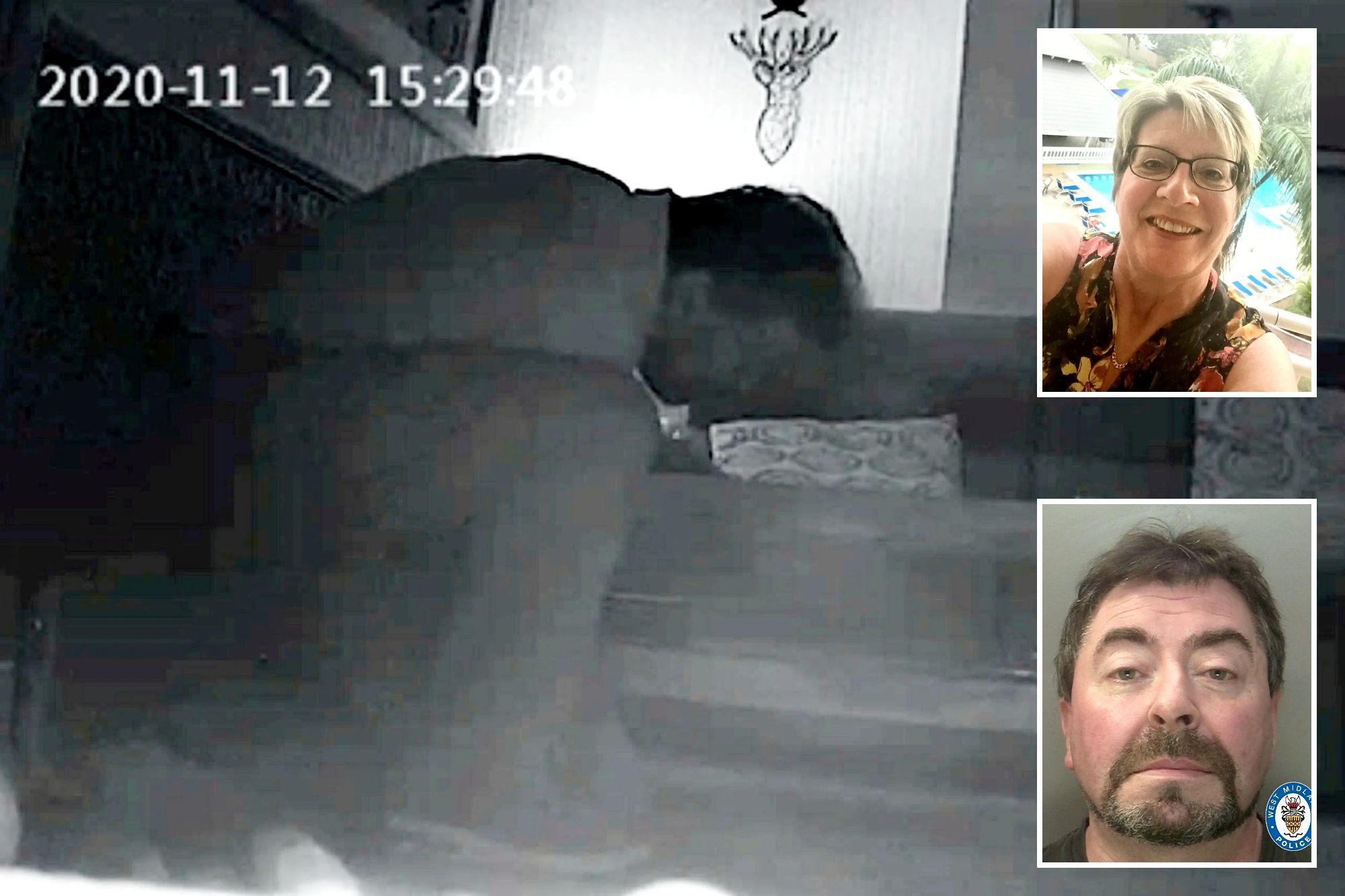 "If and when you decide to have a family or come home tired from work or even want to have the RIGHT to sleep peacefully in your own home, yes that is a RIGHT, please consider your neighbours."

They continued: "But no, you chose to be abusive, disrespectful and guess what… you have to live with that!' the wrote.

"You are 21 now so try to be a respectful adult next time." 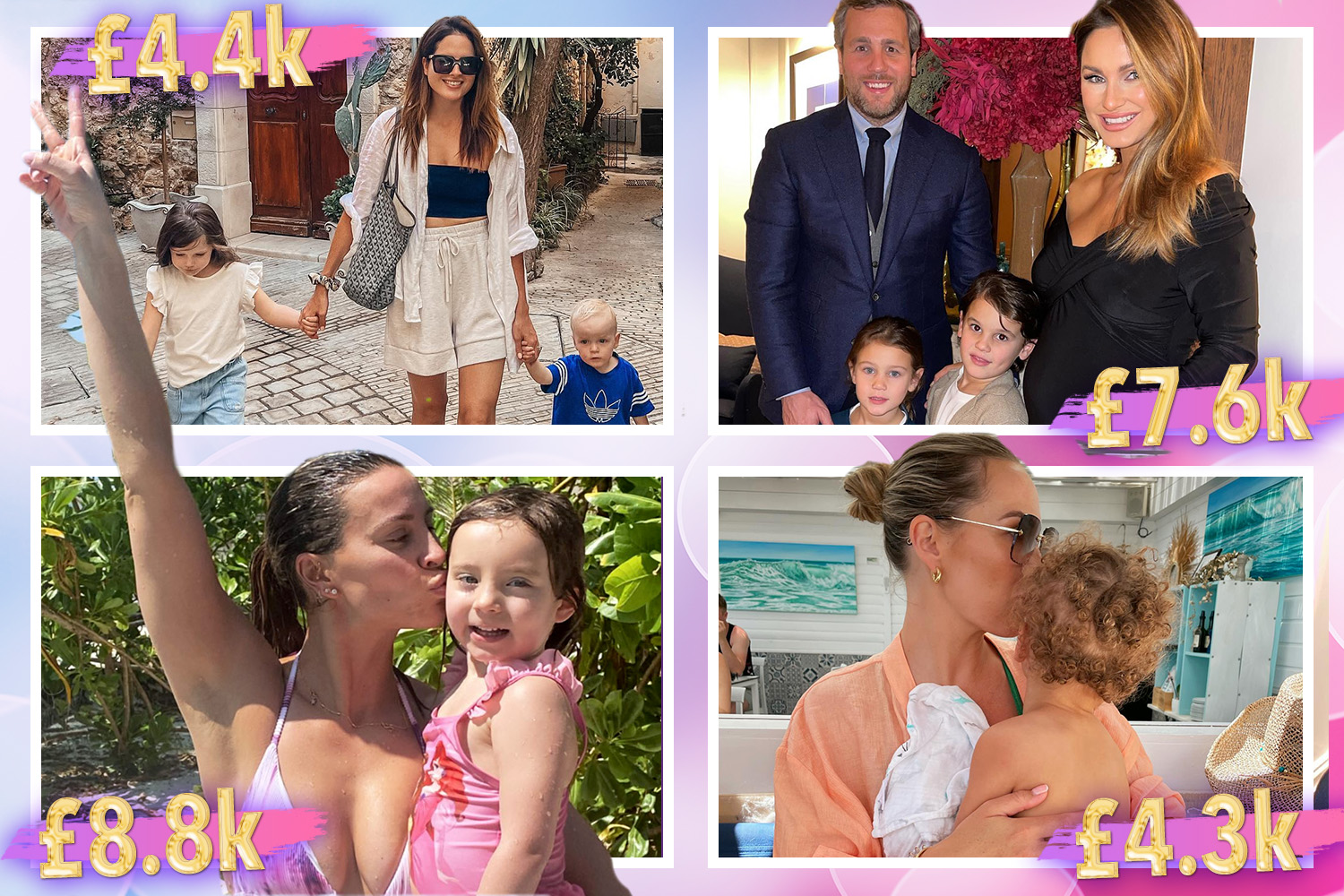 People were quick to jump in with their thoughts on the "miserable" note.

One person said: "You mean they partied until midnight then it shut down without police intervention? They should count that as a success! Happy 21st!"

A third said: "Some folks just need to get a life. If it was loud until 4am, fine. But sounds like it wrapped up at midnight. Good on them!"

Another said: "Someone's upset they never got an invite."

The 21-year-old also responded to the suggestion that they weren't warned of the party in advance.

He said: "Just to clear up, fliers were sent out and definitely received. How else would they have known it was a 21st party?"