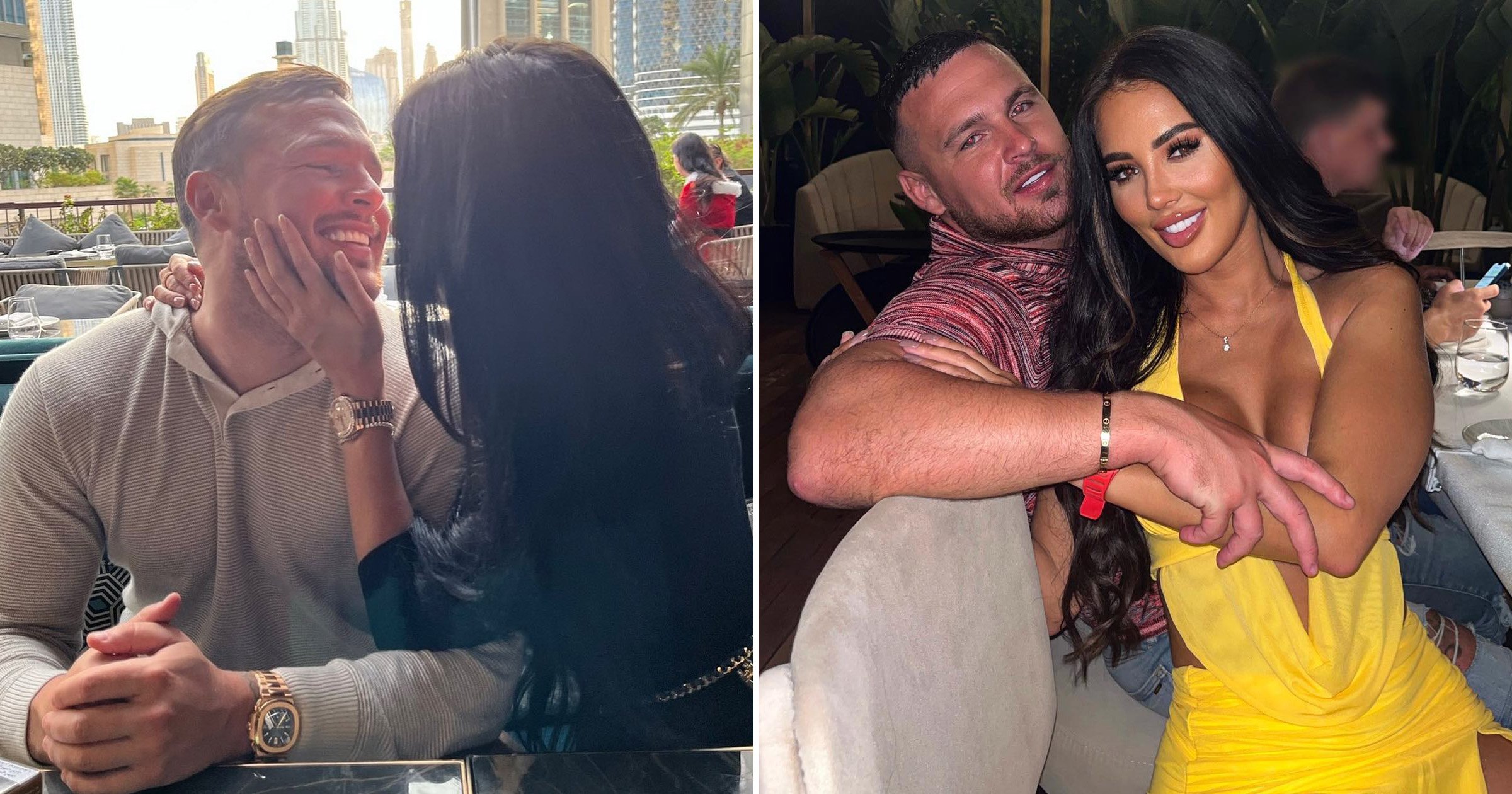 Yazmin Oukhellou has paid tribute to her boyfriend Jake McLean after his death at the age of 33, saying she has ‘not stopped thinking about him’.

The Towie star spoke out hours after McLean’s funeral, following his death last month in a car crash in Turkey, which also left her seriously injured.

Sharing photos of herself and McLean, Yazmin, 28, said: ‘I have been taking some time away from social media to fully focus on my mental and physical recovery. I needed this time away to work on healing and processing everything as best as I can.

‘This has taught me that life is so short and we must cherish our loved ones as much as possible.

‘I am so grateful for our memories and the special time that Jake and I shared. I’ve not stopped thinking about him and I’ll miss him always. He will forever hold a special place in my heart. 🙏🤍👼

‘I want to thank everyone for their support and lovely messages. I truly appreciate each and every single one of you. 🙏.

McLean and Yazmin were in Bodrum, Turkey, when their Mercedes crashed, falling into a ditch.

McLean was pronounced dead at the scene. Yazmin was taken to hospital and has since been recovering.

Towie stars including McLean’s ex-girlfriend Lauren Goodger and James Argent were seen attending his funeral on Tuesday. Yazmin appeared to be absent.

Yazmin and McLean had been together on and off since 2019 after she broke up with her long-term partner James Lock.

While it’s the first time she’s spoken out about McLean on social media, she has previously spoken about the crash, saying she broke her own arm to escape the car and that she’s been struggling with nightmares since.

‘It was lay there and bleed to death, or snap my own arm to try to save us,’ she told The Sun.

‘I am just hoping for the best and do you know what? I could have been like Jake and not survived, so I am just very grateful that if that is the worst case scenario I will deal with it as best I can,’ she added. ‘At least I am still alive.’

Following the crash, tributes poured in for McLean, including from Lauren, who wrote: ‘R.I.P Jake, I have no words right now. My thoughts are with your family and friends.’

On Tuesday, the day of the funeral, Sam Mucklow also shared photos of McLean, writing: ‘Jakey Boy. You played a huge part in my life over the years, helped shape the person I am today. Love you J.

‘The day has come that we lay you rest in paradise Jake and celebrate your life. You’re always in my mind and will forever be in my heart.’