Home » World News » A record 173,000 are returning to jobs as inflation hits pensions

Now the over-65s are flocking back to work with a record 173,000 returning to jobs as inflation hits pensions

People aged 65 and over are flocking back to work as the promise of higher wages offers a chance to cushion the impact of inflation.

A record 173,000 more entered employment in the three months to June, according to official figures published yesterday, even as the rest of the workforce shrank by 14,000.

That was despite wage growth at 4.7 per cent failing to keep pace with the surge in the cost of living.

After taking account of inflation, pay fell by 4.1 per cent in real terms – the biggest decline in records going back to 2001. 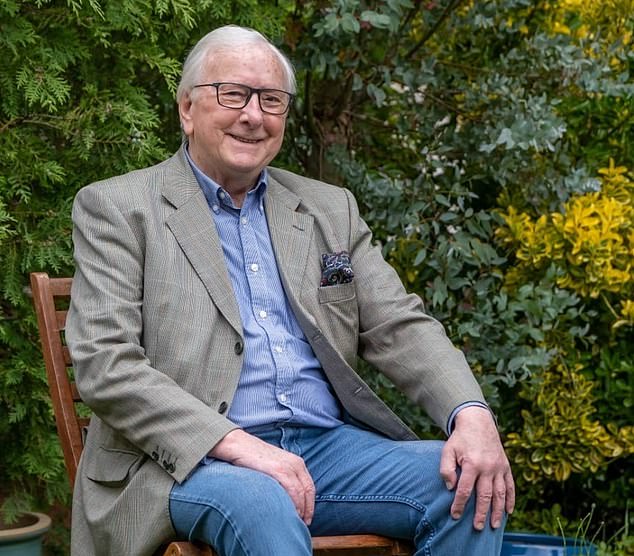 Maurice Taylor, 78, has had two jobs since re-entering the workforce. A record 173,000 more entered employment in the three months to June, according to official figures published yesterday, even as the rest of the workforce shrank by 14,000

But the nominal increase is better than nothing at a time when 65-year-olds, following changes in recent years, are still a year away from being entitled to draw state pensions. Those pensions rose by only 3.1 per cent in the spring. But inflation hit a four-decade high of 9.4 per cent in June and figures today are expected to show its grip tightening as it climbs close to 10 per cent.

The Bank of England expects inflation to top 13 per cent in October.

Rising energy bills – forecast to climb above £4,000 a year next year – as well as ballooning supermarket prices, which are adding more than £500 a year to household spending, are eroding the value of consumers’ pay packets.

The labour market figures, from the Office for National Statistics, showed unemployment holding steady at 3.8 per cent, close to five-decade lows, even as fears of recession loom.

Prime Minister Boris Johnson said it showed that ‘the jobs market remains robust’. Yet the rise of around 160,000 in the overall number in employment was smaller than expected by economists. 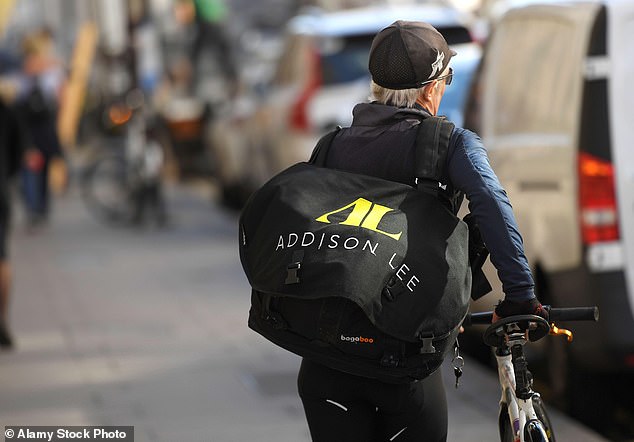 Maurice Taylor, 78, has had two jobs since re-entering the workforce. After retiring ten years ago from his job in sales, he took up a role at a call centre for taxi and courier firm Addison Lee earlier this year

Meanwhile job vacancies, still close to a record high, slipped to 1.274million in July. Liz Truss, the Tory leadership frontrunner, said: ‘What’s very important is we get our economy going. We are unleashing investment right across the United Kingdom.’

Shazia Ejaz, director of campaigns at the Recruitment and Employment Confederation, said the figures reversed the trend of older people leaving the workforce during the pandemic.

‘The cost of living crisis will be forcing some people to rethink that decision,’ she said.

‘Labour shortages in many sectors are also forcing employers to rethink their hiring strategies. Many businesses are focusing their efforts on recruiting older workers, offering more flexibility to try and attract them.’ Jonathan Boys, labour market economist for the CIPD, the professional body for HR specialists, said the reasons for the ‘post-pandemic boost to 65+ employment’ were not clear. 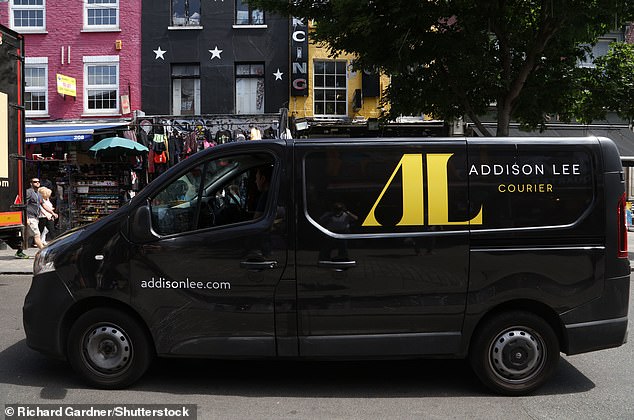 He said his favourite element has been ‘the wonderful camaraderie of being around people’. An Adison Lee van is pictured above

‘It could be the cost of living crisis pushing people back into work,’ he said. ‘Another explanation is that employers are working harder to attract these workers. With labour in short supply, businesses are offering more and are keen to attract experienced talent.’

Baroness Altmann, the former pensions minister, said the increase in the state pension age over recent years from 65 to 66 was a key factor.

She said: ‘Now that the pandemic is hopefully behind us and the employment market is settling down, and, of course, there is such a shortage of labour, hopefully employers are making it easier for older people to stay in work and even encouraging them to do so. Because, unless they are not well, that is the best thing for everybody.

Maurice Taylor, 78, has had two jobs since re-entering the workforce.

After retiring ten years ago from his job in sales, he took up a role at a call centre for taxi and courier firm Addison Lee earlier this year.

But six weeks later he left, enticed by better hours and a higher salary at the National Employment Savings Trust (Nest).

He said: ‘Nest was set up by the Government to ensure everybody had an occupational pension. Ironically, it was not in place early enough for me to be a part of it.’

Mr Taylor, from Peterborough, works in the Nest call centre helping employers and members with their pension queries.

He said his favourite element has been ‘the wonderful camaraderie of being around people’.

Mr Taylor, a widower and father-of-one, decided to go back to work when the cost of living crisis started to bite. Having a salary again has made him feel ‘much more secure, less uneasy’. One key benefit is that ‘during the winter I’ll be kept warm by my employer’s heating bill and not mine’.

‘People are working and earning more money, maybe building up more pension savings, and the economy will be stronger because of more people staying at work rather than sitting at home.’

But it could also be that more people aged 65 were being ‘plunged into poverty’ as they waited to qualify for their state retirement benefits, she added.

‘There will be some people who have got private pensions who can decide to retire if they feel like it.

‘There will be others who maybe don’t have access to an extra pension and have been in such poor health they can’t keep working.

‘They are the ones who will be in poverty and might feel forced to work on. If they choose to, that’s great. If they are not well enough to and feel they have to, that’s a worry.’