Alber Elbaz Has a New Answer for What Women Want 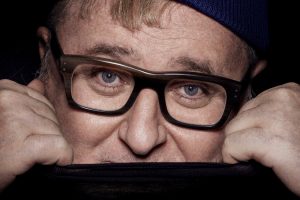 Just don’t call it a comeback.

Yes, Tuesday marks the day Alber Elbaz, possibly the most adored, most neurotic (most adored for his neuroses) designer in fashion, returns to the Paris catwalk schedule, five years after being unceremoniously fired from Lanvin.

Yes, it marks his return to women’s wear after assorted one-off projects in shoes (with Tod’s) and bags (LeSportsac).

But according to Mr. Elbaz, the first collection from AZ Factory, his new Richemont-backed label, is not about getting back in the saddle or back on his feet or back in the game — or any of those clichéd phrases that suggest back to business as usual. That would have meant back, once again, to working for a house founded a long time ago by another designer, now deceased, like Saint Laurent and Guy Laroche, which he also once ran.

So what is it?

The designer calls it a “reset,” but it’s more like a thought experiment in action: What if you could reimagine the way a fashion company worked? What would that look like? How would it feel to break all the rules?

“Like I’m giving birth,” said Mr. Elbaz, talking via Zoom from Paris. “My hormones are burning. I’m so itchy. I cry and laugh within seconds.” He was in the AZ Factory offices inside the glass-walled Fondation Cartier, far from the ravening fashion crowd. 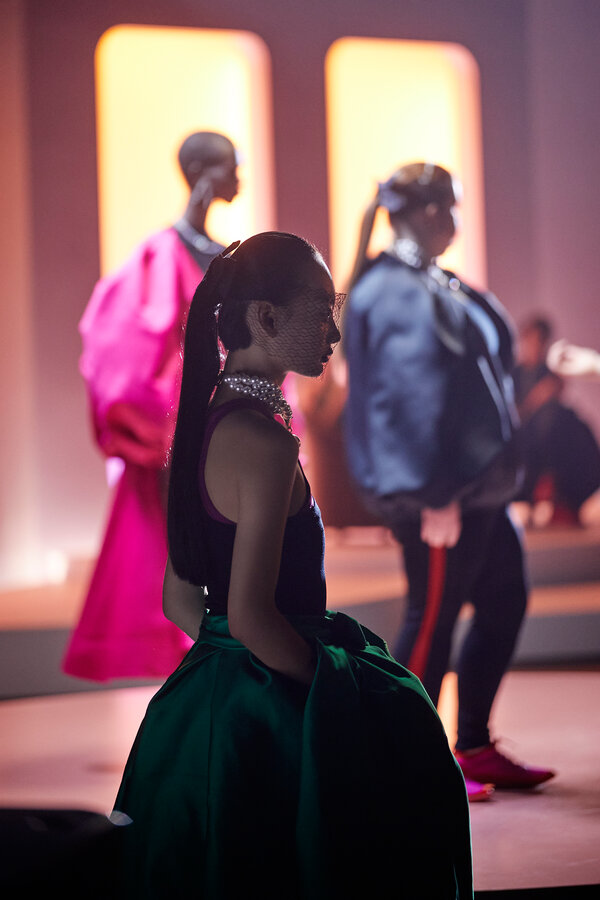 For four years Mr. Elbaz wandered in the fashion wilderness, from Silicon Valley to his homeland, Israel. He had thought, he said: “I believe there can be something better. It’s not that I want to be democratic and my name is Mother Teresa. But I believe, as a consumer and a person, I want to shop differently. When I’m eating in a buffet, in the end I put everything on my plate, and there is no taste to nothing. I feel we can have a better taste.”

That’s the metaphor. (Mr. Elbaz loves a metaphor.) What it means is this: not spring-summer and fall-winter, not evening wear and day wear, not this market and that market, but rather a series of tightly conceived interlocking collections, like Lego bricks, each with a single focus, that build one upon the other and are released regularly throughout the year.

“I asked myself, ‘If I was a woman, what would I want?’” Mr. Elbaz said. “Something that is first comfortable. Something fun. Something that lets me eat a big piece of cake. That allowed me to do something very simple. The most simple thing I ever did. I was really scared.”

He has been cooking it up since October 2019, when he and Johann Rupert, the chairman of Richemont, joined forces and he was still a brand of one in a suite of empty rooms under construction, with cardboard on the floor. “It took me six hours to find pushpins,” Mr. Elbaz said.

Now there are about 27 people on board, along with a giant sign that says “Big Welcome” in front of the elevator doors. The “W” and “M” double as signs for the bathrooms, and the whole thing looks like Andy Warhol’s factory if it had gone through rehab, EST and a green juice cleanse.

The new brand’s foundation, and the first offering that will appear, is simply: 11 versions of the little black dress. (Well, and the little beige dress and the little ivory dress and the little red dress, for Valentine’s Day.) All of it is made with what Mr. Elbaz calls “Anatoknit,” a ribbed knit with ergonomic lines of 13 different tensions that constrain and release for maximum movement and security, creating support for the back almost like an orthopedic belt. It took him seven months to get it right.

There is a polo style and one with giant, structured sleeves and one with a big statement bow that can be buttoned on and off; portrait necklines and square necks and symmetric necks. All of them close with gold zippers (one of Mr. Elbaz’s former signatures was the visible zip) with a long matching loop like the pull on a scuba suit so the wearer can manipulate it no matter where on the garment it is, and doesn’t have to ask anyone else for help.

“I started to question why men’s clothes close in the front and women’s in the back,” Mr. Elbaz said. “In the movies you see women struggling to zip it up. So I thought I would make it so ‘Honey, I can do it myself.’ I was so happy with the zipper I put it almost everywhere.”

Also everywhere: a “sneaker pump” (a sneaker with an elongated pointy toe like a court shoe) and assorted costume jewelry — piles of gobstopper pearls, collar-like rhinestone necklaces and pendants dripping putti. That will be followed by leggings, T-shirts and dresses in the same knit with aerodynamic color blocking.

After that comes what Mr. Elbaz calls “switchwear” — that is, primary-colored bubble skirts and tunic T-shirts and ball skirts and double-breasted jackets and hoodies with the drape of a bubble shade. They’re all made from recycled polyester that looks like duchesse satin that can be pulled on and off over leggings and T-shirts for a meeting or a lunch or a gala event.

And after that comes a group of what look like classic brocades and piqués — tennis dresses and tuxedo suits and strapless columns — all of which are actually made from a nylon microfiber yarn. Mr. Elbaz discovered the yarn, called Nylstar (96 filaments in a single thread), at a yarn laboratory in Spain and then had it woven by a company in Amsterdam to create the three-dimensional effect of opulence. Except that, since it’s actually technical, it can be crushed and packed and sat upon, and yet all the wrinkles shake out. If Audrey Hepburn went straight from SoulCycle to breakfast at Tiffany’s, this is what she might wear.

The pieces start at 210 euros (about $255), range in size from XXS to 4XL and have been photographed on women of all ages and sizes. Initially the collection will be available only online, from AZ Factory, Farfetch and Net-a-Porter, and in relatively small quantities. They’re feeling it out.

Kay Barron, the fashion director of Net-a-Porter, called the collection “modular.” And though, as she said, everyone expected Mr. Elbaz to come back making his signature silk dresses under the aegis of another heritage brand, and that would have been the easy answer, this may be better. “I can’t wait to try one on,” she said.

According to Holli Rogers, the chief brand officer of Farfetch, the platform had “zero hesitation” about becoming a partner. First, because, she said, “it’s him.” And second, because, “there couldn’t be a better time to think about a new way of delivering, a new approach to sustainability.”

The pandemic, with its forced closures and supply chain reverberations, has forced a wider reckoning within the fashion system about accepted norms, including the show schedule, the number of collections and the sheer amount of stuff made. Suddenly the questions Mr. Elbaz was asking a few years ago were the questions everyone was asking, and his solutions seemed less like a lone voice shouting into the wind than a central part of the conversation. Even though his own soul-searching began long before it became a wider trend.

“The whole idea was to break the system,” Mr. Elbaz said. “I was never a person who broke the system.” The system, however, may have been broken for him, which puts him in the more natural position of healer. (He says he always wanted to be a doctor.)

“I feel happy that I didn’t give up my dream and say, ‘OK, I’m going back to fashion the way it was,’” he said.

It was after he was fired from Lanvin, Mr. Elbaz said, that he joined Instagram and realized that “we live in an Instagram world where we are all followers and we like likes.”

But despite the fact that he has been enthusiastically posting AZ Factory teaser videos featuring his new googly eye logo, has fully embraced direct-to-consumer selling, and introduced his new baby not in a live runway show but with a satirical talk show/behind-the-scenes film, he realized, he said, that when it came to real, as opposed to digital, life, “I prefer not to be a follower.”