Home » I became a lockdown takeaway addict & spent £6k in 6 months, put on a stone & my skin was rotten, thank God it's ending

I became a lockdown takeaway addict & spent £6k in 6 months, put on a stone & my skin was rotten, thank God it's ending

LAST year mum-of-three Debbie Adams was delighted to finally get a brand new kitchen after years of wanting one.

She was thrilled to rip her 13-year old cupboards out – but the pandemic saw work grind to a halt and unable to use the kitchen for six months. 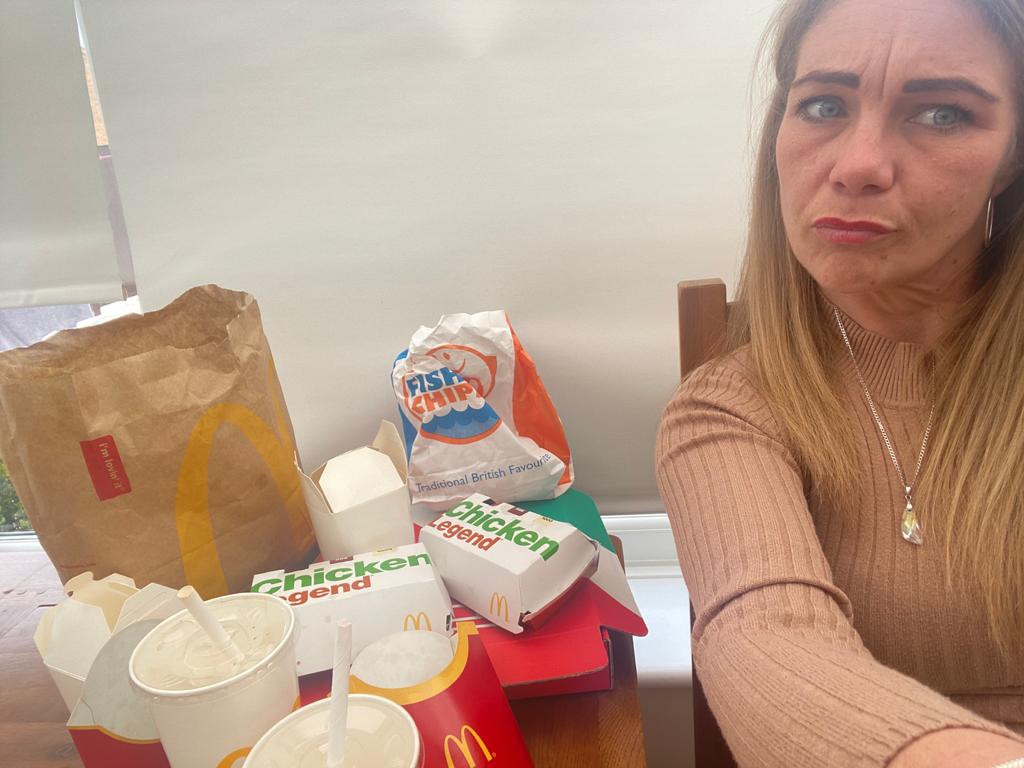 It led to her developing a takeaway habit which has so far cost her £6k in just half a year and seen her put on nearly a stone.

“Living off takeaways wasn’t by choice. I’m not lazy, I just didn’t have a kitchen,” says Debbie, 47. “I love cooking a Sunday roast. My favourite is a leg of lamb, but it just wasn’t possible.”

The social worker who lives in Harlow, Essex says lockdown last year was tough for her family when it came to eating meals at home.

“Without a kitchen or working cooker I was left with just a mini oven and two electric plates on top of it. It was in the conservatory balanced on top of a cupboard too. I was on tiptoes trying to use it. 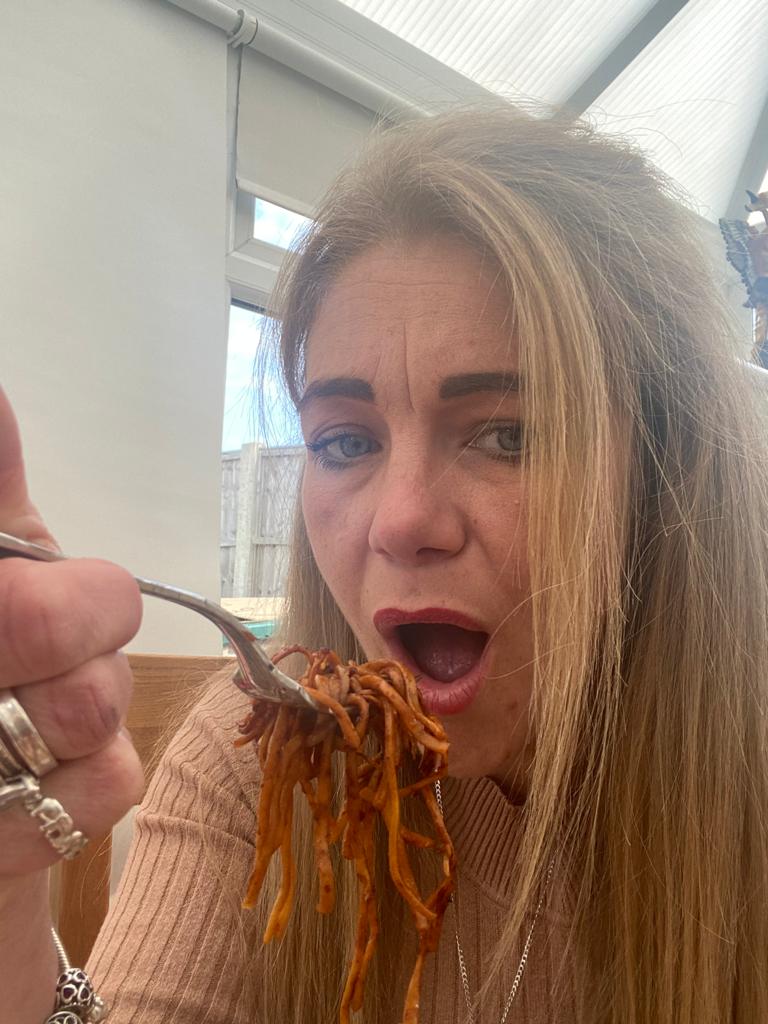 “At first I did try and make the best of it and did my usual shop and then had a go at putting a meal together. But even my fridge was outside in the shed. Just making a cup of tea meant going to the shed for the milk.

“So me and my daughter got used to ordering kebab or a pizza.”

The last time Debbie had her kitchen replaced was in 2007. Her ex left in 2010 and she says that from then on things slowly started to fall apart.

“The house was a bit of a money pit. I’d spend £100 on getting the washing machine unblocked and then £150 on the heating to get it working again. 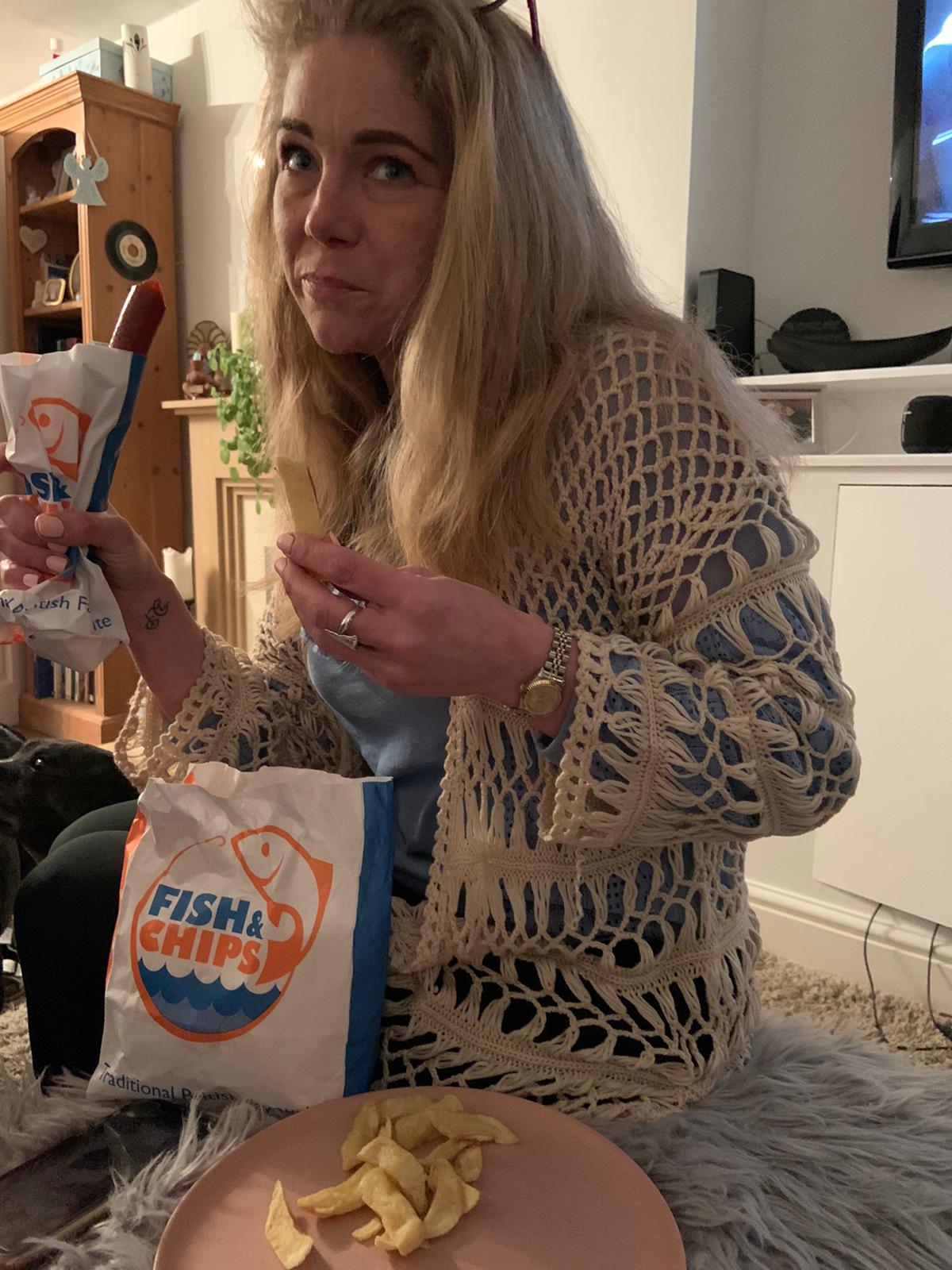 “In the end my eldest daughter sat me down. The kitchen was falling apart and I knew I needed a new one. So I drew my dream kitchen on a piece of paper, she designed it and made it happen.”

The family affair also extended to one of Debbie’s sons. He’s an electrician by trade but was willing to give it a go with the plastering and carpentry work.

“I had to take the old kitchen to the dump in my smart car.

“We had to disassemble it and take one bit at a time to the dump. It was either in boxes or flattened. It was a bit of a struggle.”

Five nights a week we ordered in. We’d eat them in front of the telly together.

Debbie was without a kitchen from March until October. The reason for the delay was finding time to crack on with the renovation within lockdown regulations and saving up the money to pay for it.

Debbie has always loved to cook and going without a kitchen for so long was difficult.

“I cook, bake, love making curries. I do batch cooking too. My older two kids have got partners and I love having everyone round and cooking for them. I’m happiest in my kitchen with something cooking in the oven.

“But with the mini oven my love of cooking went out the window. Trying to prepare even some rice became a chore. A simple dish that I’d love doing for my kids became annoying.” 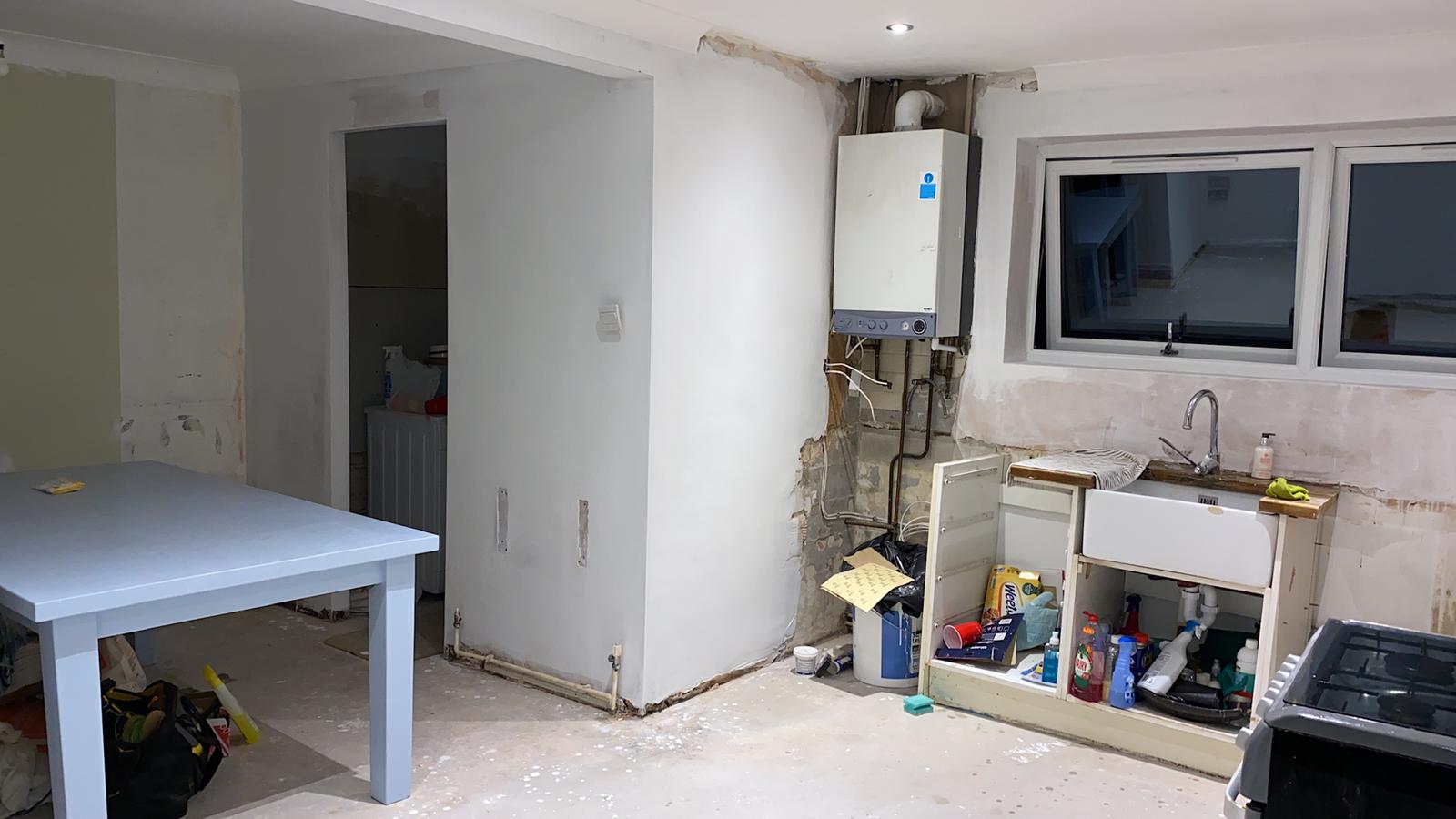 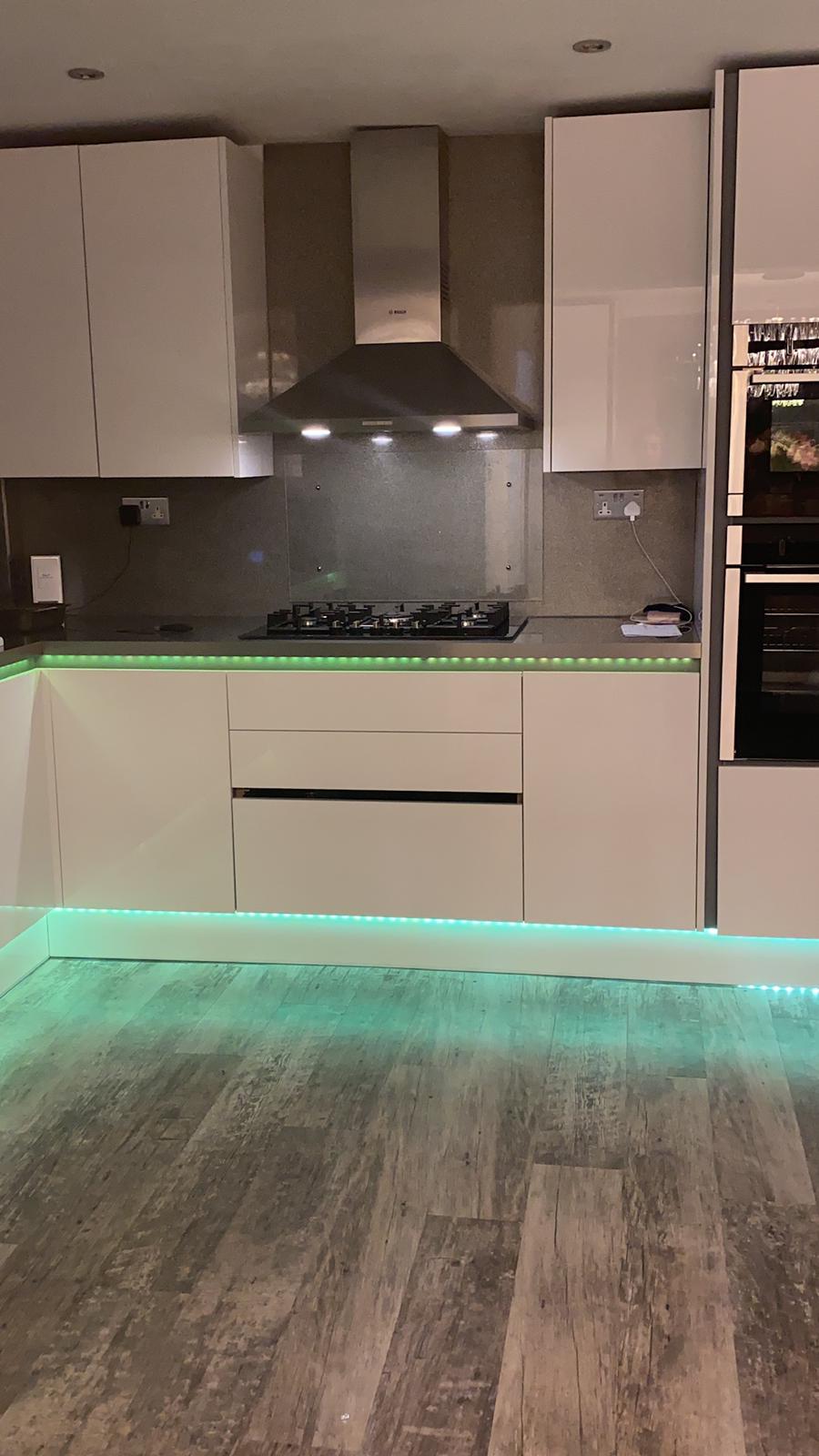 So Debbie started to order takeaways. Always over the weekend from Friday through to Sunday and two nights in the week too.

“Five nights a week we ordered in. We’d eat them in front of the telly together.

“I’m really lucky because at the end of my street I’ve got the best takeaways and restaurants doing home delivery.

“In the week me and my daughter would order curry and rice, kebabs or Chinese noodles. Our local pizza place is fantastic too. 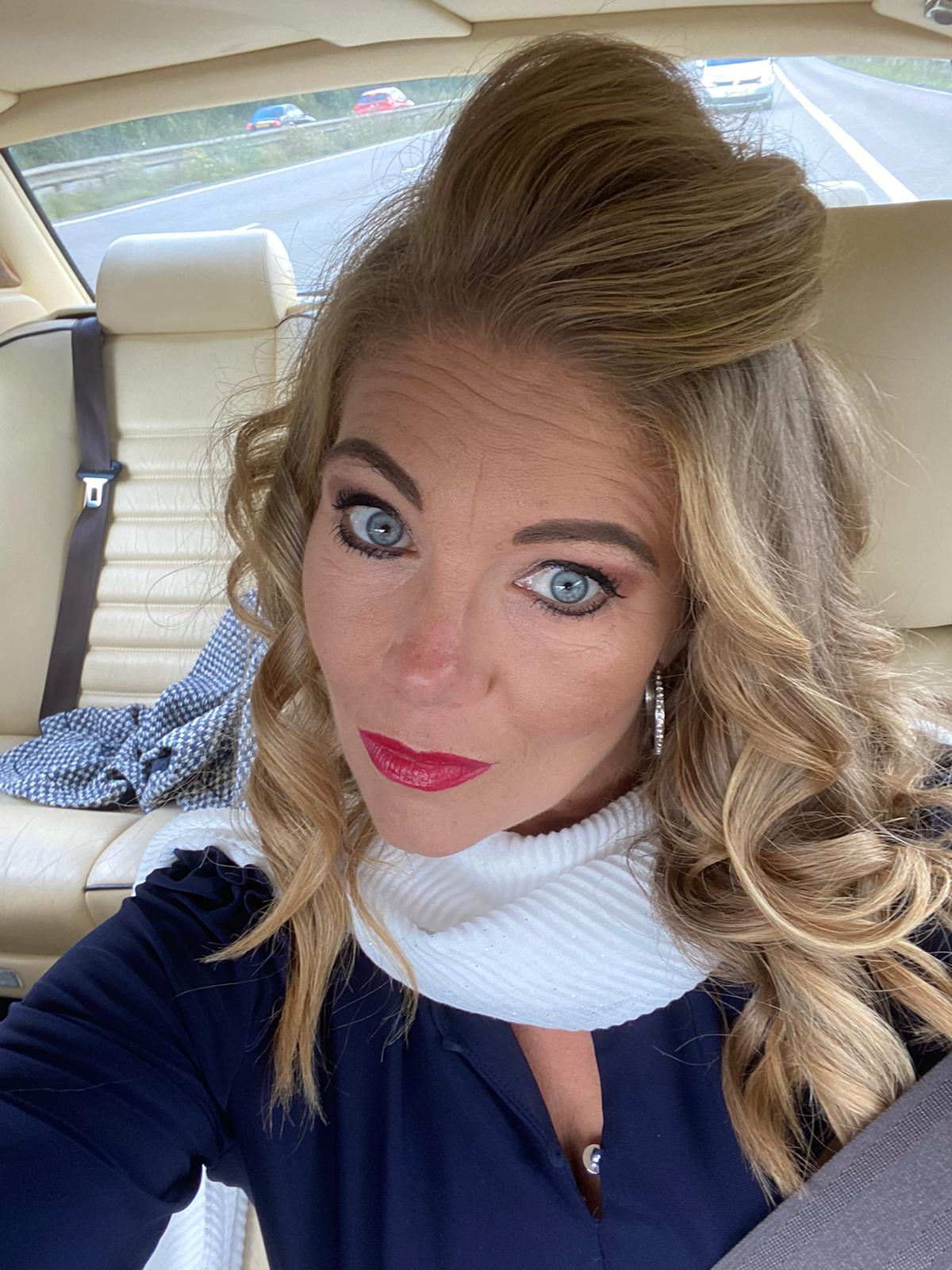 “My Indian delivery came quicker for me than normal orders. I reckon they felt sorry for me.

“They only have to hear my voice and know its chicken tikka with naan for yours truly.

“Even the family who run the fish and chip shop know what I have: cod and chips with curry sauce. I’m very predictable apparently.

“I even sent my Indian restaurant a Christmas card because last year we were on such friendly terms.

“When they turn up with my order I always say they won’t hear from me next week. The reply is usually, “yeah, yeah!””

Debbie says her son has a JustEat account and orders his own take outs. While Debbie covers the cost for her and her 16-year-old daughter. 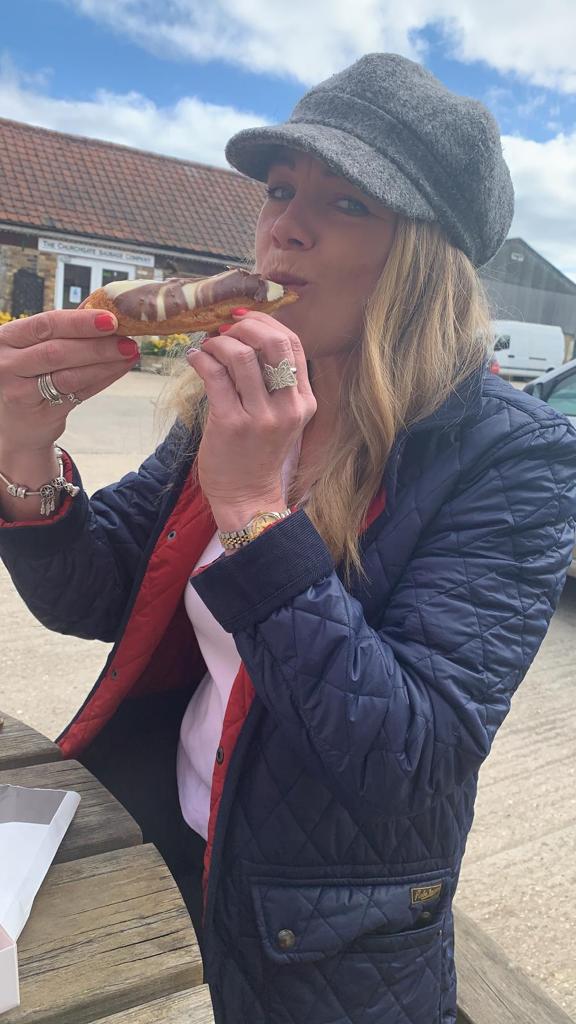 “My son lives with me and he’s still a takeaway fan. The cost of takeaways is atrocious.

“£30 for two people, five days a week, over eight months – it cost me a fortune.

“I reckon I easily spent at least £5,250 last year. That doesn’t even include my son’s takeaways. He can’t bring himself to calculate how much he spends.

“Even if I don’t finish my takeaway I’ll put it in the fridge and warm it through and eat it the following day. No wonder I’ve put on 10lbs over the last year. 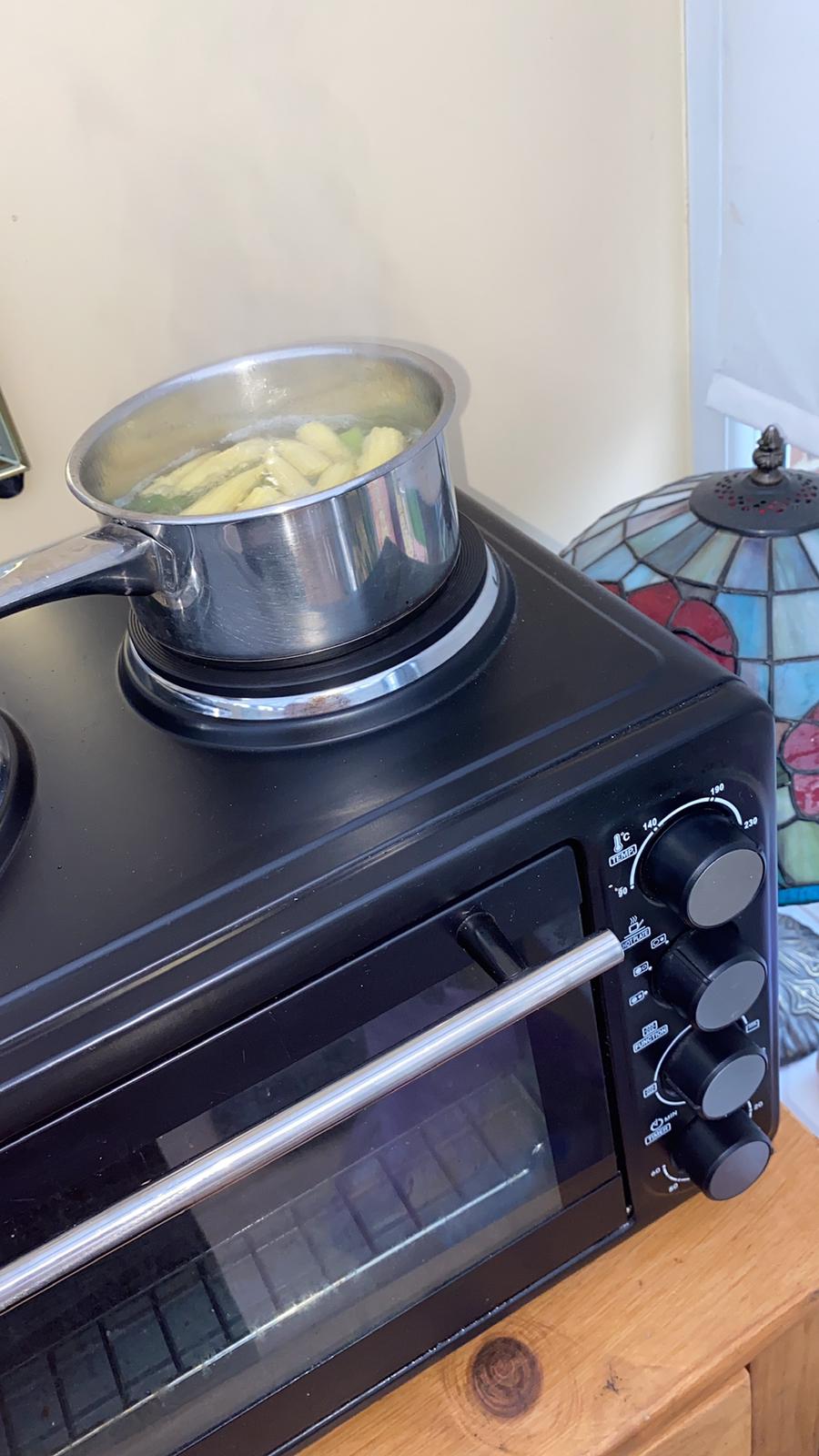 "My dad is obese and I don't want to get into any difficulties with my body and my health.

"Eating takeaway food five nights out of seven really took it out of me and impacted negatively on my health.

"It made me feel like a lazy slob not being able to cook nice meals.

"Since I’ve been back preparing my own healthy home cooked meals I've noticed my skin, hair and nails are all healthier too.

WHAT’S IN THE BOX?

Last year’s box sold out in less than 48 hours, so what are you waiting for?

"Now we only have take out on a Friday evening. That's because I personally know how bad it feels when you eat rubbish food."

Over the summer the family did have barbecues outside while the kitchen was being renovated.

“My son took a week off work and it was done with a few mistakes along the way but I am happy with it.

Debbie says that when her kitchen was finally finished it meant she could get back to making her favourites including salmon with chargrilled vegetables and chicken and rice with salad.

“The kitchen isn’t totally done but it is beautiful and now I can cook again. It’s not painted yet and I’ve still got to get a door, radiator and skirting boards.

“Now we just need to kick our takeaway habit.”

For more shocking real life stories, this mum who ‘can’t afford’ to fix mould in son’s bedroom was blasted as it’s revealed she spends £300 a MONTH on beauty products.

And this woman revealed she's spent £24k turning herself into Barbie and says she's proud to be a bimbo with K-cup boobs.

Plus this woman exposes love rat traveller men – they think she's easy as she's not a traveller & want sex with me because she's so beautiful.