A MUM has revealed she lets her gender neutral child dress up as a drag queen – after he saw a snippet of RuPaul's Drag Race.

Jemma Lovell's eldest Oz, now 11, was born male but no longer identifies as either gender. 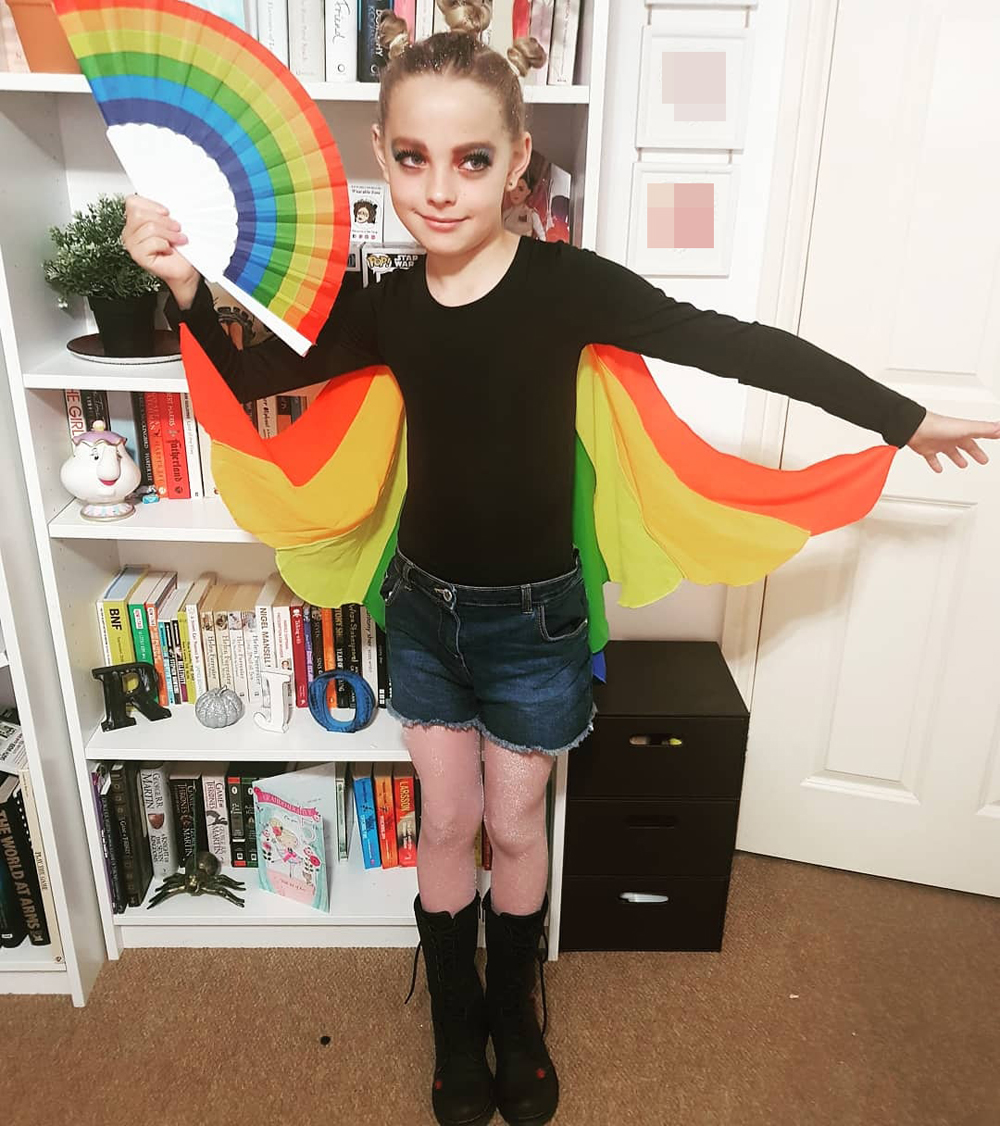 Oz became fascinated by the world of drag after catching a snippet of RuPaul's Drag Race – which opened up conversations around sexuality and gender.

Jemma, 36, from Shrewsbury, Shropshire, explains Oz told her: "I understand how they feel. I don't feel like a boy, Mummy", after watching the show.

From the age of eight, Oz experimented with make-up. They came out as non-binary last year.

Oz now has a drag alter-ego called Ben TrulyOutrageous – but Jemma and husband Richard, 39, a chef, have faced criticism from those who think the world of drag is over-sexualised. 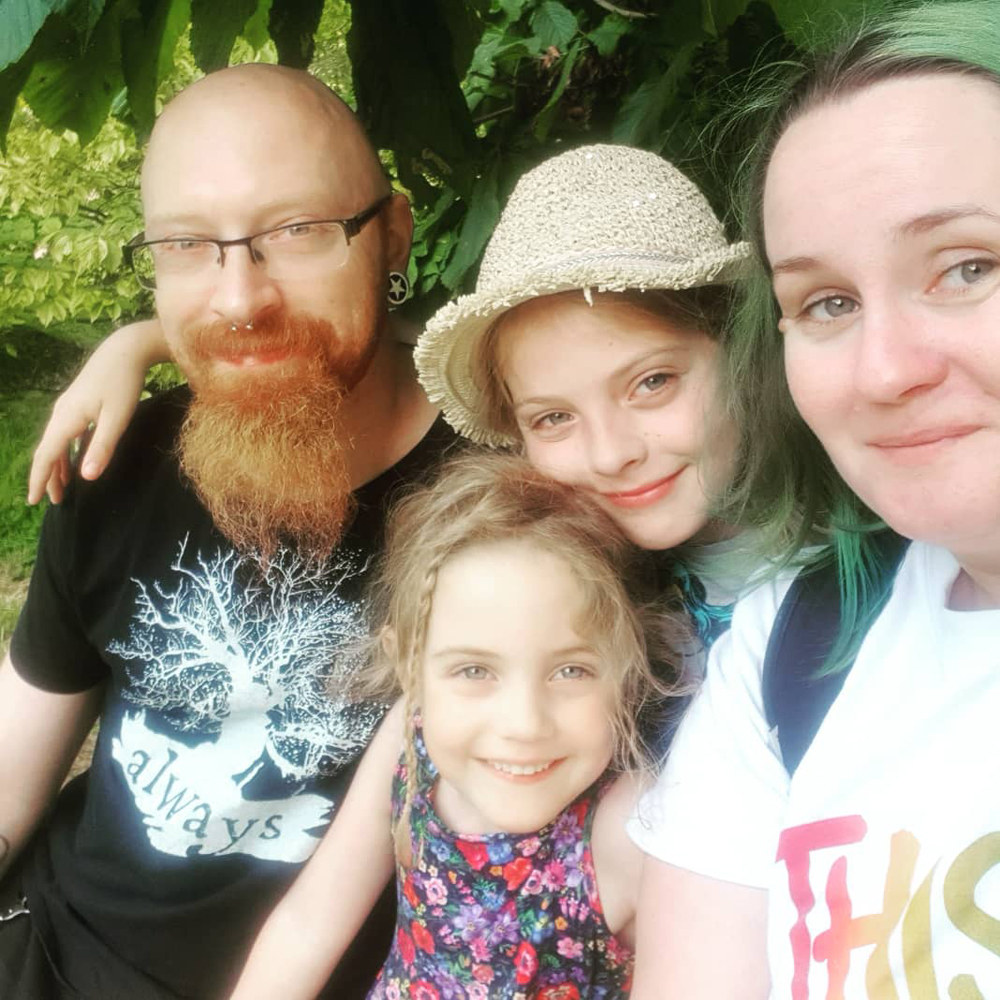 Jemma, a pharmacy technician who also has a five-year-old daughter called Willow, said: “I have had some negativity.

“People have said I’m pushing Oz to grow up too quickly, and even threatened to call social services.

“But we are so careful that lines aren’t crossed. All costumes are chosen really carefully, and if there was any hint of any sexualisation whatsoever, we wouldn’t let it happen.

“We want it to be clear on stage that Oz is still a child. Some people may look at the costumes and say that the make-up makes them seem older – but confidence does that too.”

People have said I’m pushing Oz to grow up too quickly, and even threatened to call social services

Oz tends to source their outfits online, on the high street or through family friends who work in clothing design.

Jemma said: “People tend to automatically sexualise drag, assuming Oz will come out dressed in hip pads and fake breasts, but we carefully vet everything to make sure that nothing is age-inappropriate.

“We make it clear Oz is still a child, no matter how high the heels or big the wig.

“When Oz puts on that dress and becomes Ben, it’s awe-inspiring to watch. I can see our child visibly glowing. It’s like they’re free, almost a heightened version of themselves.

“As parents, we don’t want Oz to be stigmatised for feeling different. Even if this is just a phase, we have allowed them to explore those feelings.” 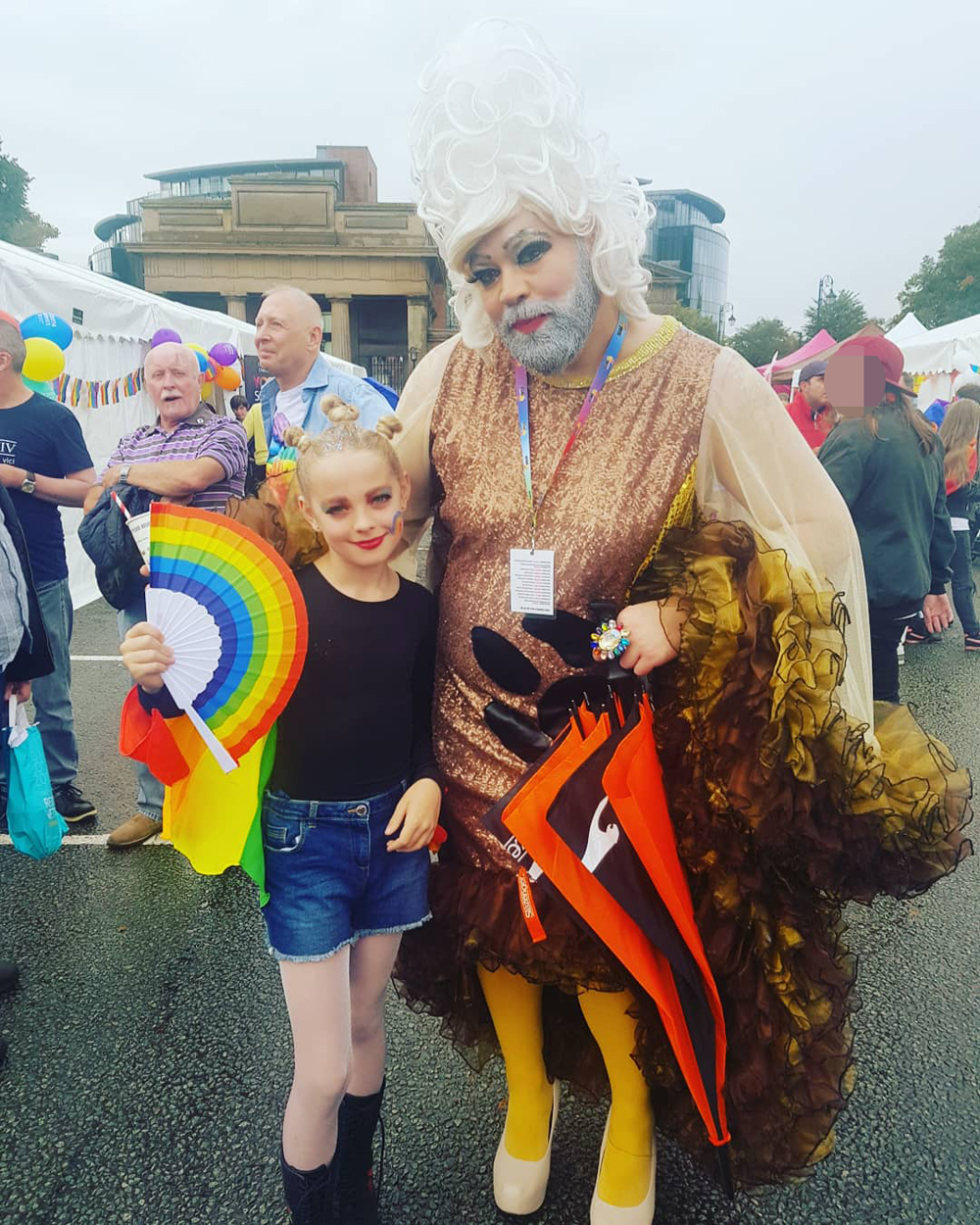 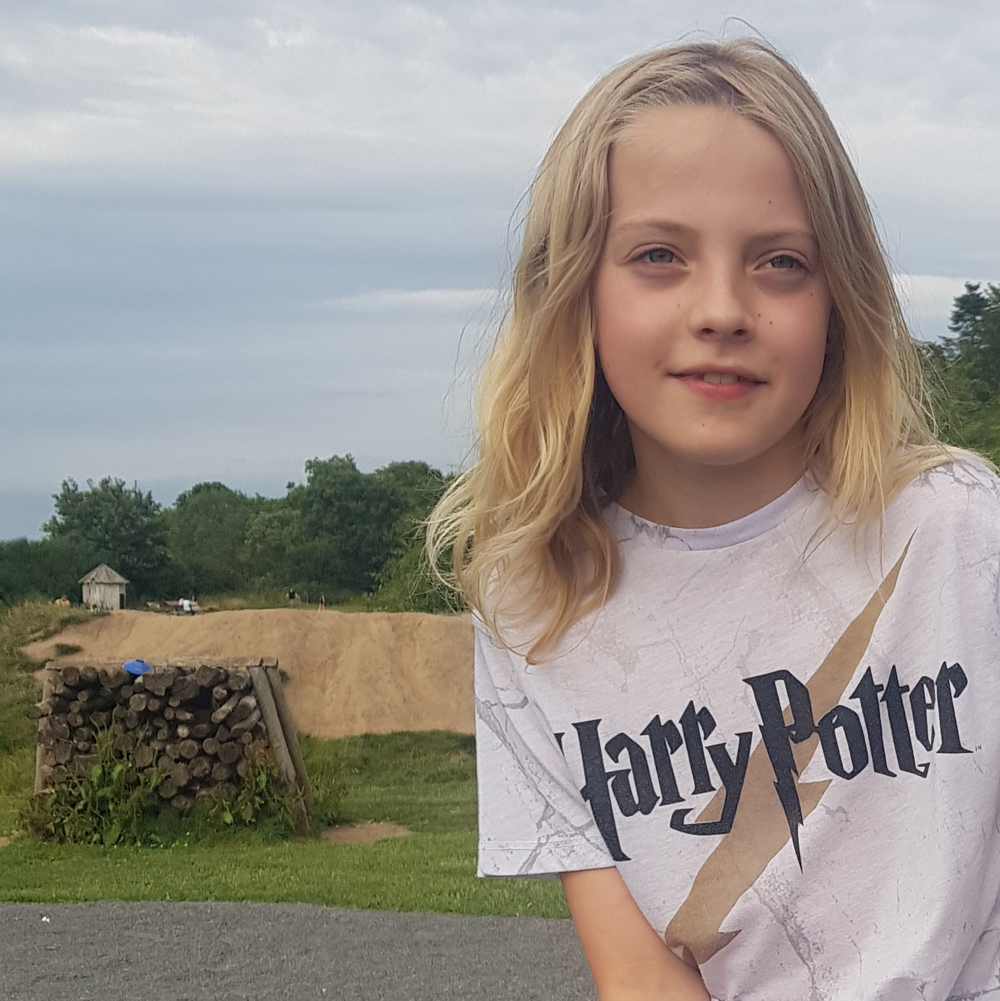 Although Oz was raised as a boy, Jemma says they always looked feminine and were often mistaken for a girl by strangers.

In April 2018, aged 10, Oz picked out a T-shirt style dress while shopping with their mum.

Jemma said: “As soon as Oz tried the dress on, they just looked so comfortable. I’ve never seen a smile like it.”

And when Oz went to Chester's Pride event with their family, the 10-year-old had an epiphany.

“We were in one of the tents, and Oz spent ages reading over posters that had all the different explanations of gender,” Jemma said.

“Eventually, they came and got me and pointed to one about being non-binary, telling me they didn’t feel like a boy or a girl and didn’t want to be a ‘he’ anymore, but rather a ‘they.’

“It’s never been an issue in the family. We don’t know what’s going on in Oz’s head, but we want them to feel free to explore who they are.” 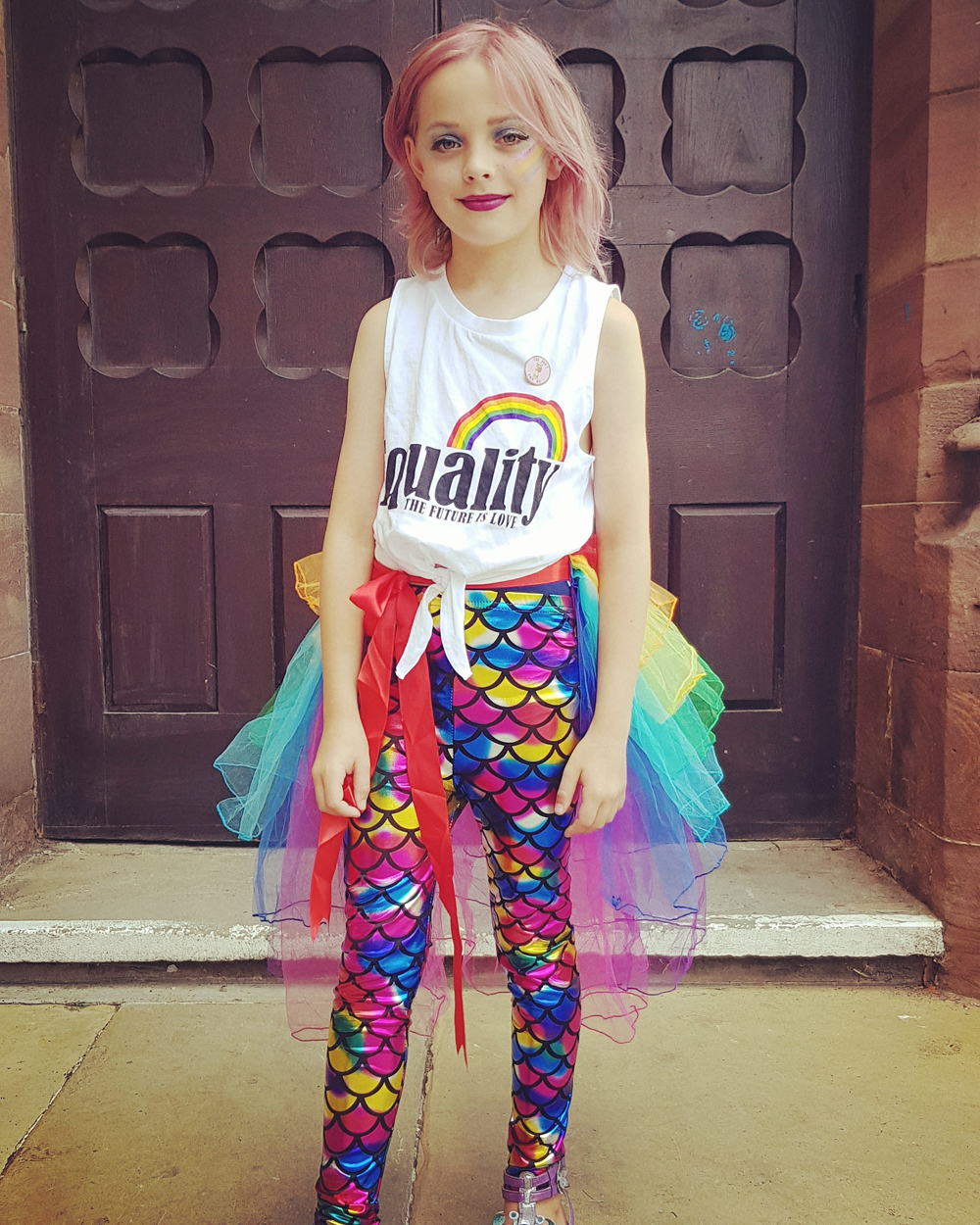 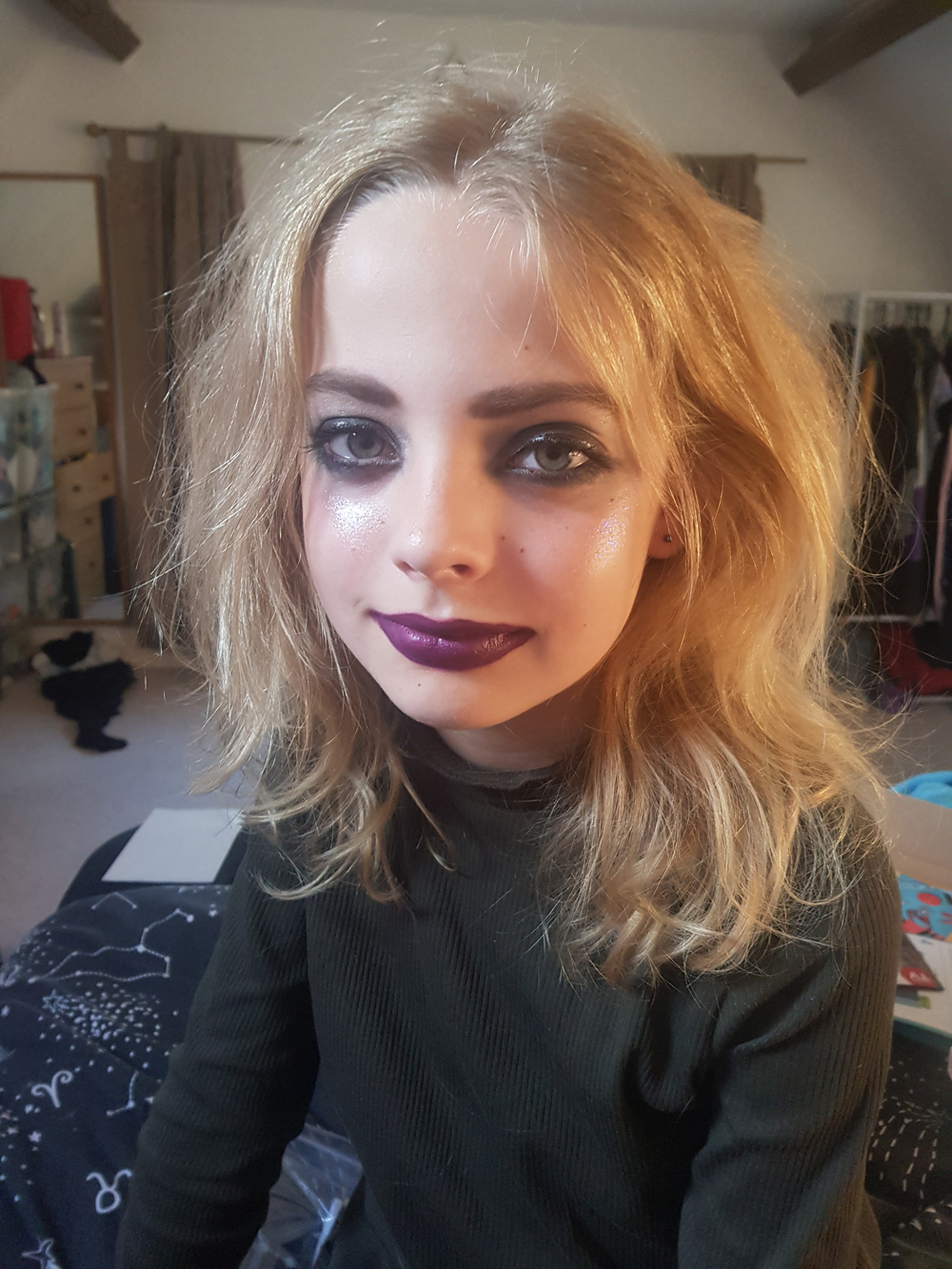 In September 2018, when Oz started Year Five at primary school, their mum sat down with teachers and explained Oz no longer identified as male.

Jemma said: “I told them that Oz had been wearing feminine clothes and would like to do so at school.

“Not only were they fine with that, but they also put staff members on training courses about non-gender conforming people, printed off books to put in the libraries so other children could read about what it means to be non-binary and even asked Oz what bathroom they’d like to use.”

Jemma is hugely supportive of her child, and their love of drag, but admits she does worry about bullying when Oz hits puberty.

She said: “I know people’s reactions are likely to get more difficult as Oz gets older, but I hope I’ve instilled enough confidence in them that they know they aren’t the problem or the one at fault – it’s the person belittling a child that’s uneducated.

“At the end of the day, Oz is still Oz, no matter who they are and what they wear. They may be in leggings and a jumper, they may be in a dress – they are still the same person inside.”