A WOMAN revealed how she was left disappointed by makeup artists after paying £35 and hating the final result.

Tiktok user Karly shared the makeover with her followers, who were horrified that professional makeup artists would charge her for the work. 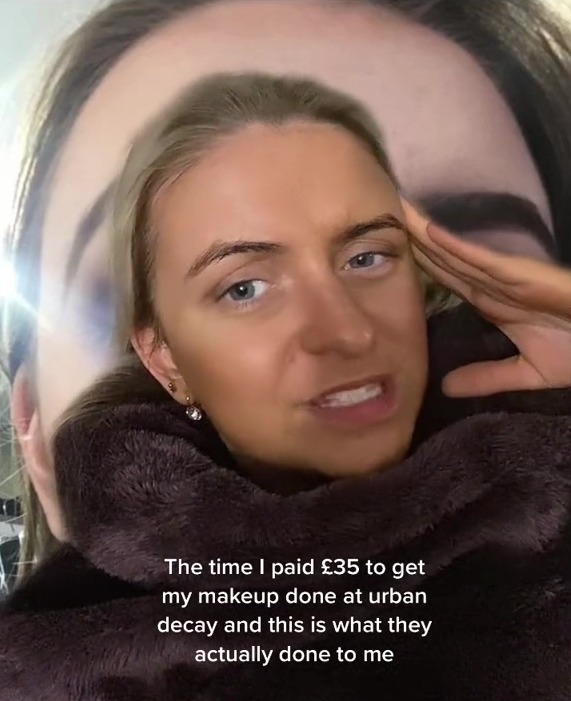 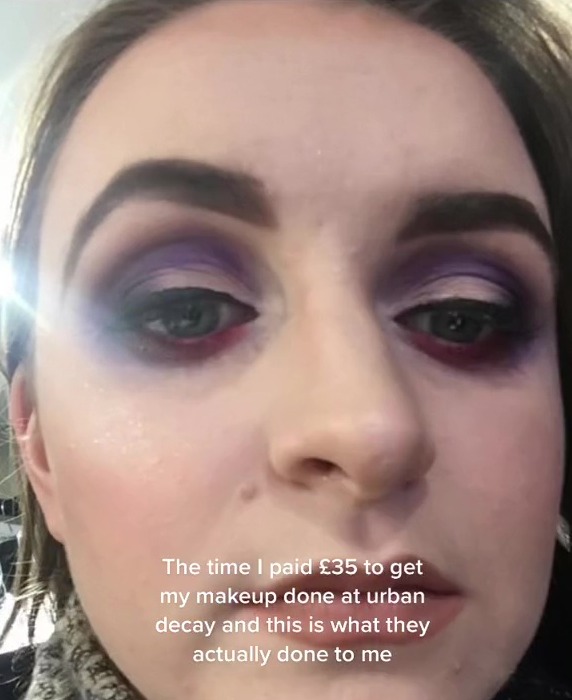 She said: “The time I paid £35 to get my makeup done at Urban Decay and this is what they actually done to me.”

Karly used an audio which rated the look out of ten, saying: “It is so bad I want to give you a zero, but that’s not possible, so I give you a one.”

The video racked up 411,000 views and commenters thought the ordeal was outrageous.

“I can’t believe they charged you £35 for THAT??” said one viewer, while another wrote: “There’s literally not even one good thing about it, couldn’t even save it. Wtf I’d have cried.”

A third agreed: “Imagine getting your makeup done for it to look like that.”

“It’s giving Volturi”, wrote one commenter, comparing Karly to a group of vampires from the Twilight Saga.

Others could relate to the experience.

One said: “They legit have done this to me before – came out looking like Casper for my 21st birthday, I was very cross!”

And many said Karly still looked gorgeous, despite the unusual makeup look.

“Girl it’s a good job you’re pretty because you’ve somehow still pulled it off”, one wrote.

For more beauty stories, Home Bargains is selling £7 shampoo and conditioner for 49p and people are bulk buying to stock up for the year.

And this woman got an entire bottle of foundation for FREE – here’s how you can do it too.

Plus this woman shared easy hack to fix a broken nail… and it’s all thanks to a 1p kitchen buy.