MOST parents would get a shock if their kid announced they were dropping out of school to pursue a career as an influencer.

But for some lucky teens, there's enough money to be made on Youtube, Instagram and TikTok to make them able to bankroll their parents.

Brandon B is just one 22-year-old social media star who quit his education and now has over 4 million subscribers across YouTube, Instagram and TikTok. 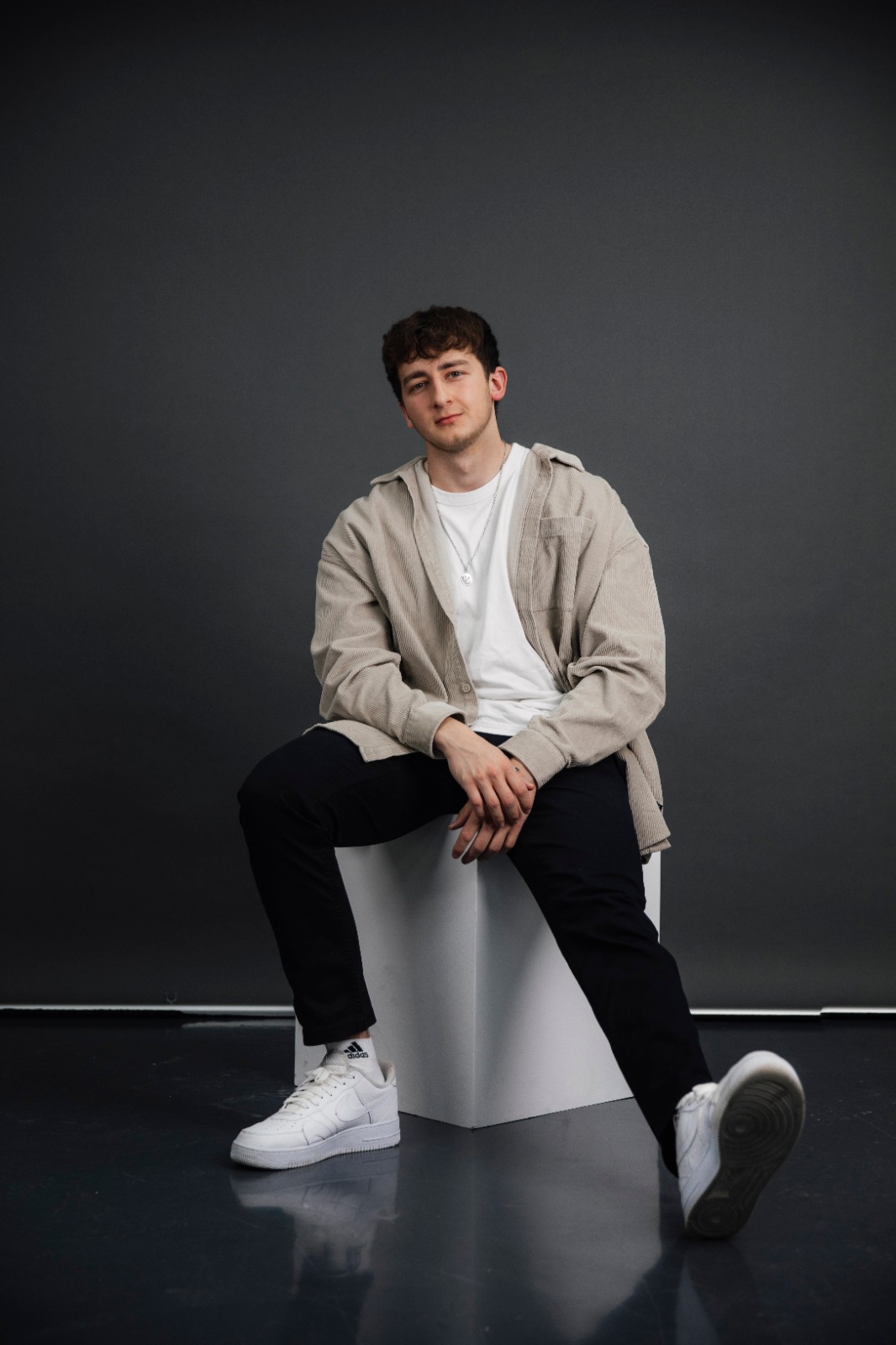 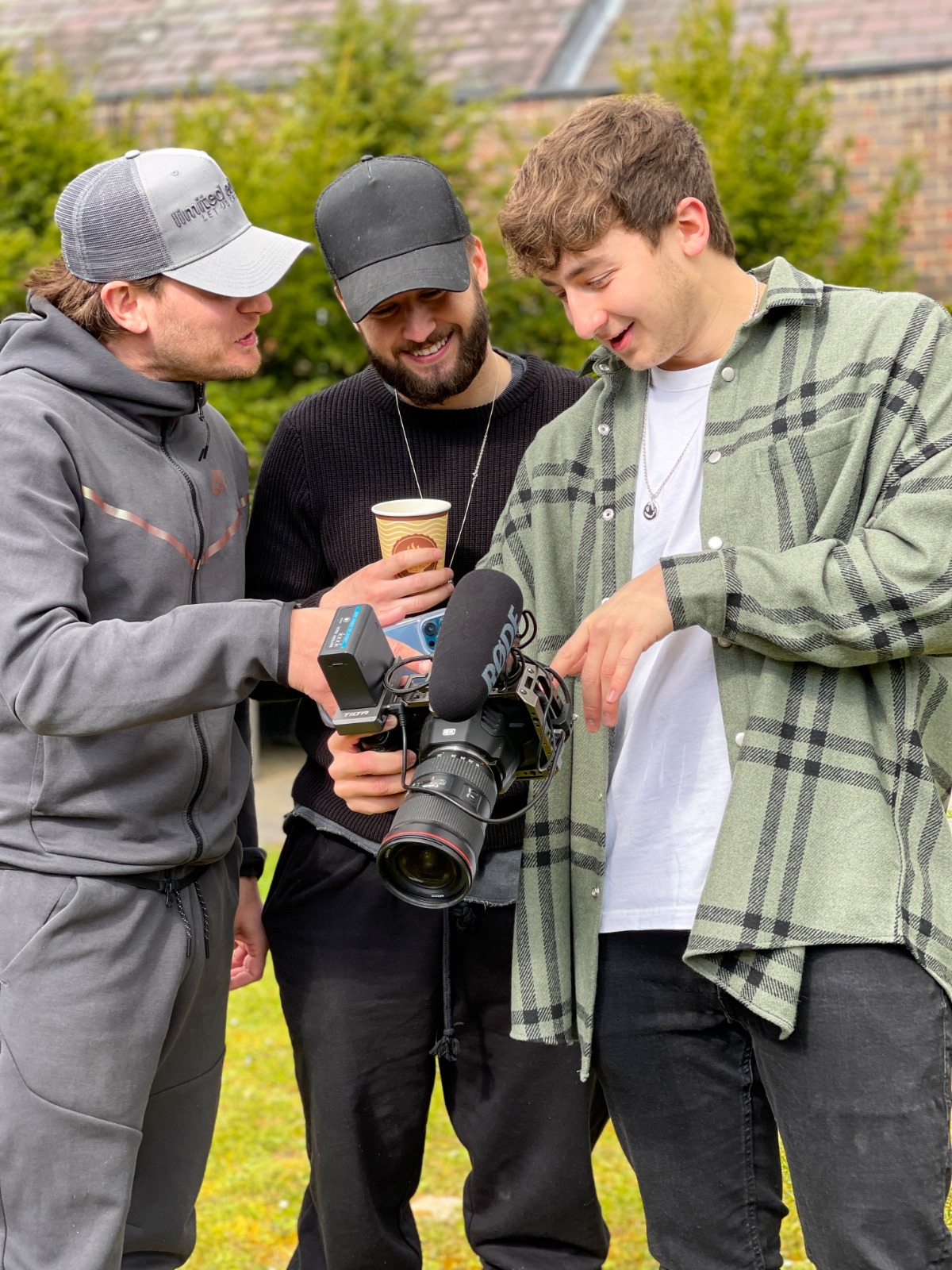 "I was in college and it wasn't for me in the slightest," he tells us. "It was like a mutual agreement between me and my school that I wasn't suited for education."

Brandon explains he was "lucky and fortunate" to have a job opportunity at a production company, where he worked as a runner, then camera assistant.

He left two years later to work with Youtubers Woody and Kleiny – who gave him all the inspiration for his own TikTok channel, which he started at the beginning of lockdown, when he was let go due to the pandemic.

Brandon explains: "Even though I couldn't work for them and create videos for them, I was like, Why don't I use this as an opportunity to start creating videos myself, and create cool, interesting pieces of content?

"So I decided that, for the duration of lockdown, I was going to create and upload a brand new video every single day, and I was not going to stop until lockdown's finished.

"So I went on that journey, and by the time lockdown was finished, I'd hit 1 million followers!"

And Brandon is, by no means, the only social media star to have taken this risk – and for some, like Youtuber-turned-rapper KSI for example, it’s led to millions of pounds in the bank…

Paid off parents’ debts at 22 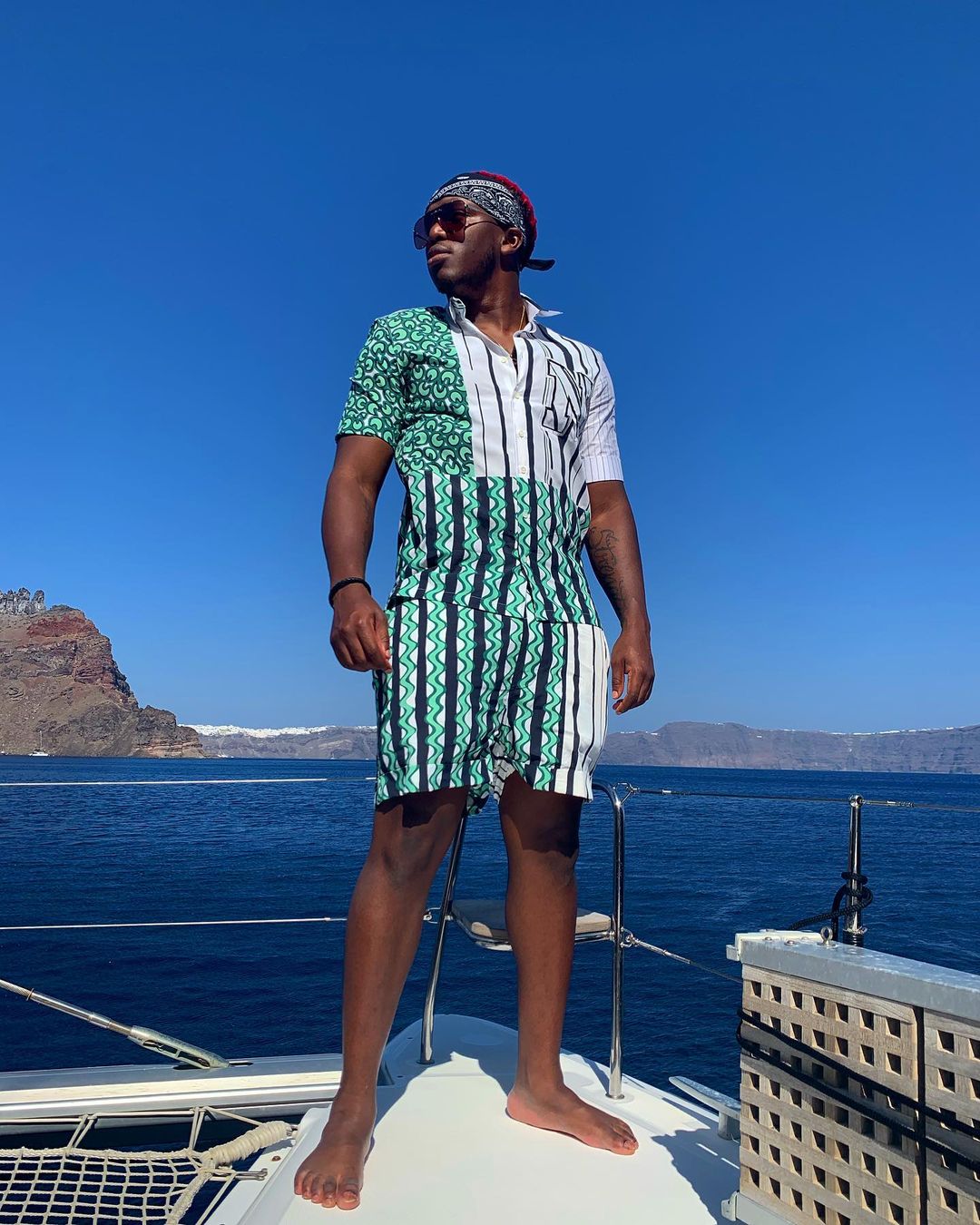 By the age of 22, he’d bought his parents’ house, paid off their debts and bagged himself a Lamborghini.

And this was all after dropping out of college, much to his Nigerian parents’ despair.

'I kept on telling my parents school wasn't for me. And they were like, 'No you need to go university,'" KSI, who grew up in Watford, told Newsbeat. "They absolutely destroyed me.”

"It took like a year of me just constantly saying, 'I want to drop out.' That year was so stressful," he added.

KSI now has over 34 million subscribers and over 8 billion video views across his two YouTube channels, and, in 2019, he was ranked second in the Sunday Times’ top 100 UK influencers.

On top of that, his 2020 debut studio album, Dissimulation, debuted at number 2 on the UK Albums Chart, and he’s had 12 Top 10 hit singles too.

If that wasn't enough, he’s even boxed against American YouTuber Logan Paul twice – and won! 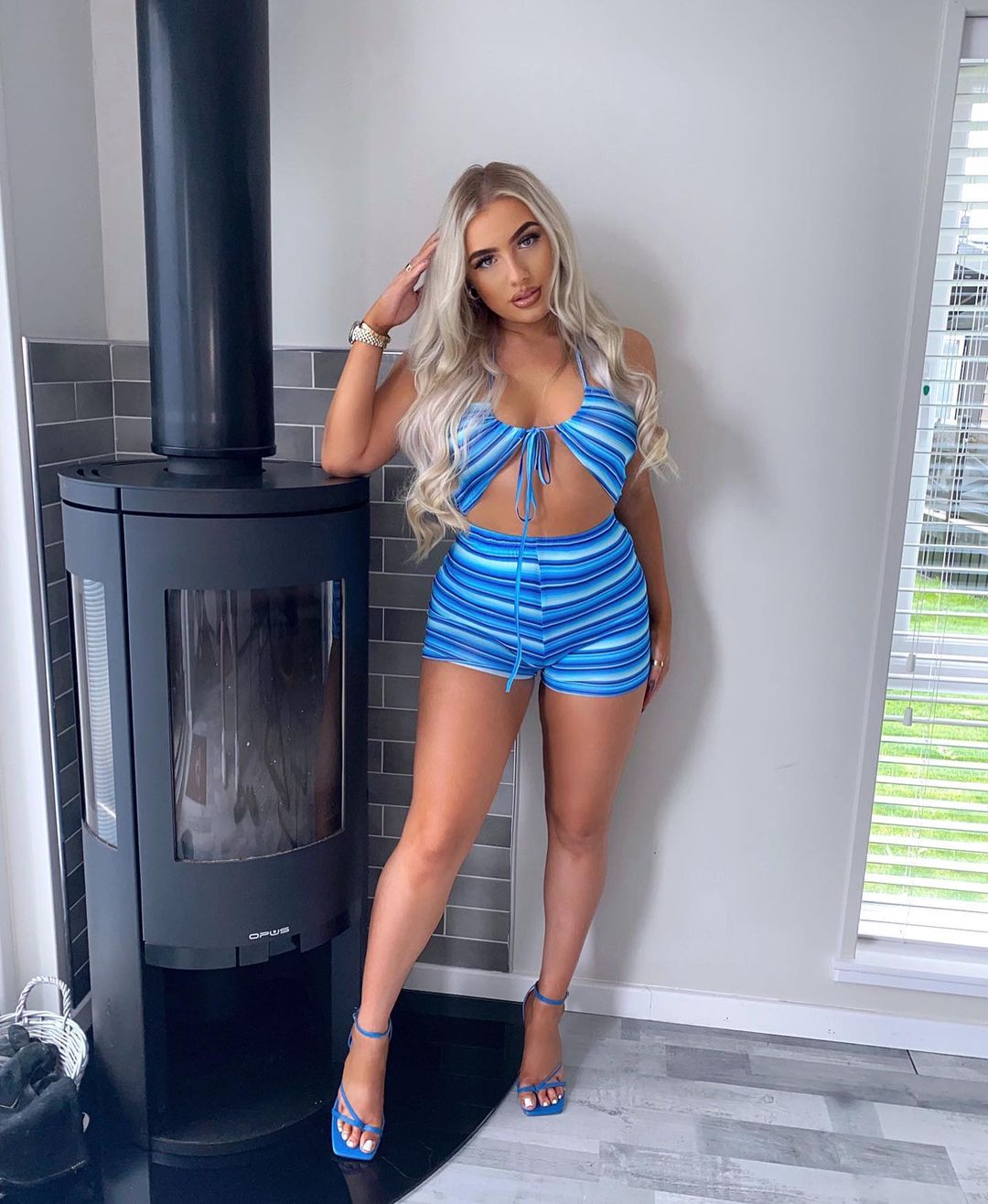 Georgia Portogallo was 16 years old and two weeks into her business studies course at college when she decided it wasn’t for her.

She walked out with seven GCSEs and just £10 in her pocket, and is now an Instagram influencer with almost 200,000 followers.

In just three years she’s managed to earn enough money to buy a £160k home and has designer bags worth £20k.

“I just knew college wasn’t for me and I would never be happy there,” Georgia, now 19 and living just streets away from her parents Claire and Guido, 51 and 57, in North Lincolnshire, said.

“Sat in a classroom I felt I was wasting my time. Even though I was broke, with no career path and my mates were all still in college or sixth form I knew I’d made the right decision.”

Georgia, who last year got engaged to her boyfriend of three years Jordan Smith, 21, now earns thousands of pounds a month as an Instagram teacher.

Meanwhile, her wardrobe is piled high with designer clothes from Gucci, Versace and Balenciaga. 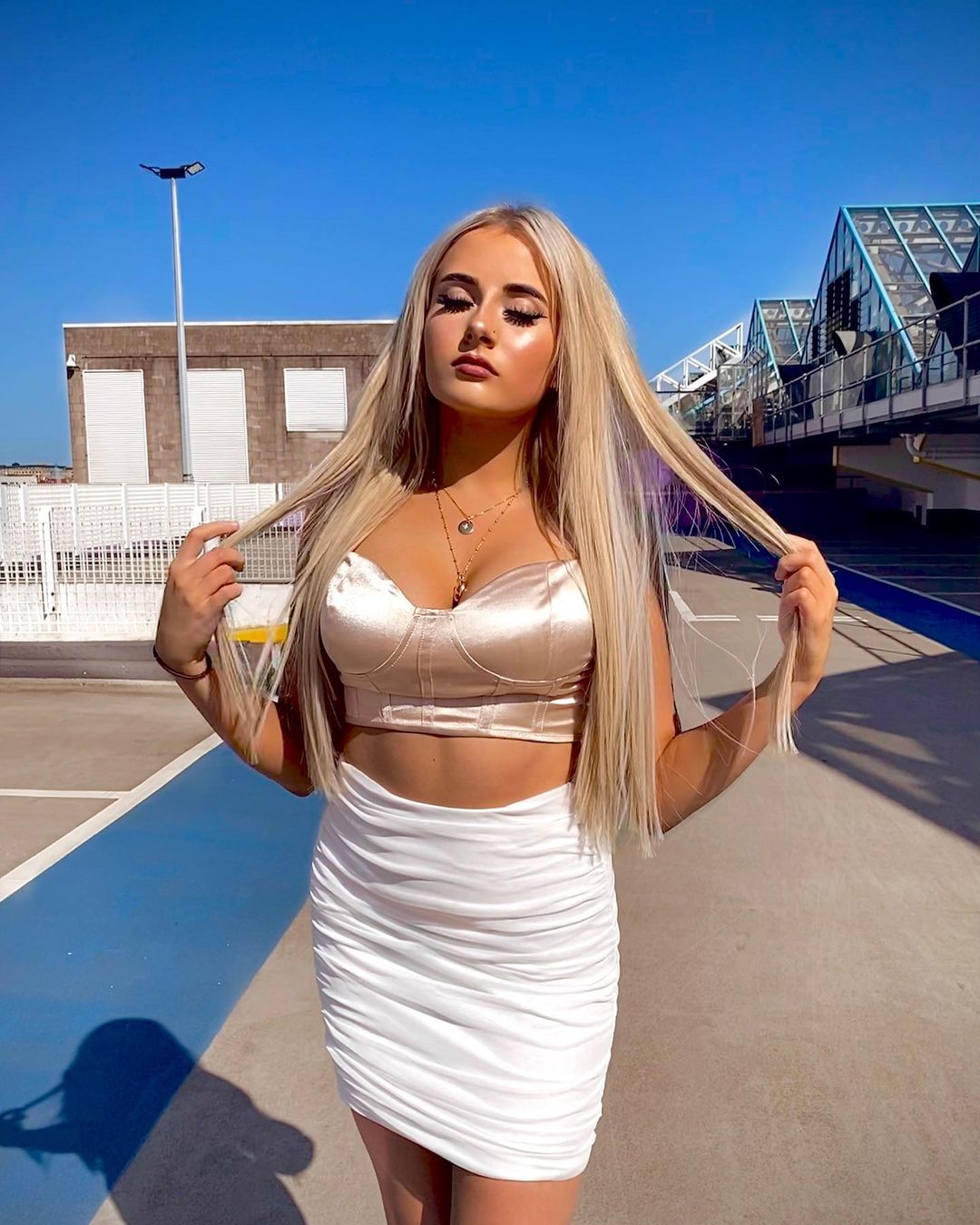 Kristen Scott is another 16-year-old social media star who quit her education for TikTok.

The star of BBC documentary TikTok Queen at 16 has over 700,000 fans on TikTok and over 73,000 followers on Instagram, and dropped out of school when she began to struggle balancing her content creation with homework.

So, as soon as she turned 16 and was able to leave school, she made the leap to full-time influencer and upped her follower count.

She even considered moving out of her parents' home and joining a creator house, living with other young influencers, collaborating on content regularly.

“There's no point living life without taking risks. If a risk is a mistake you learn from the mistake,” she said. 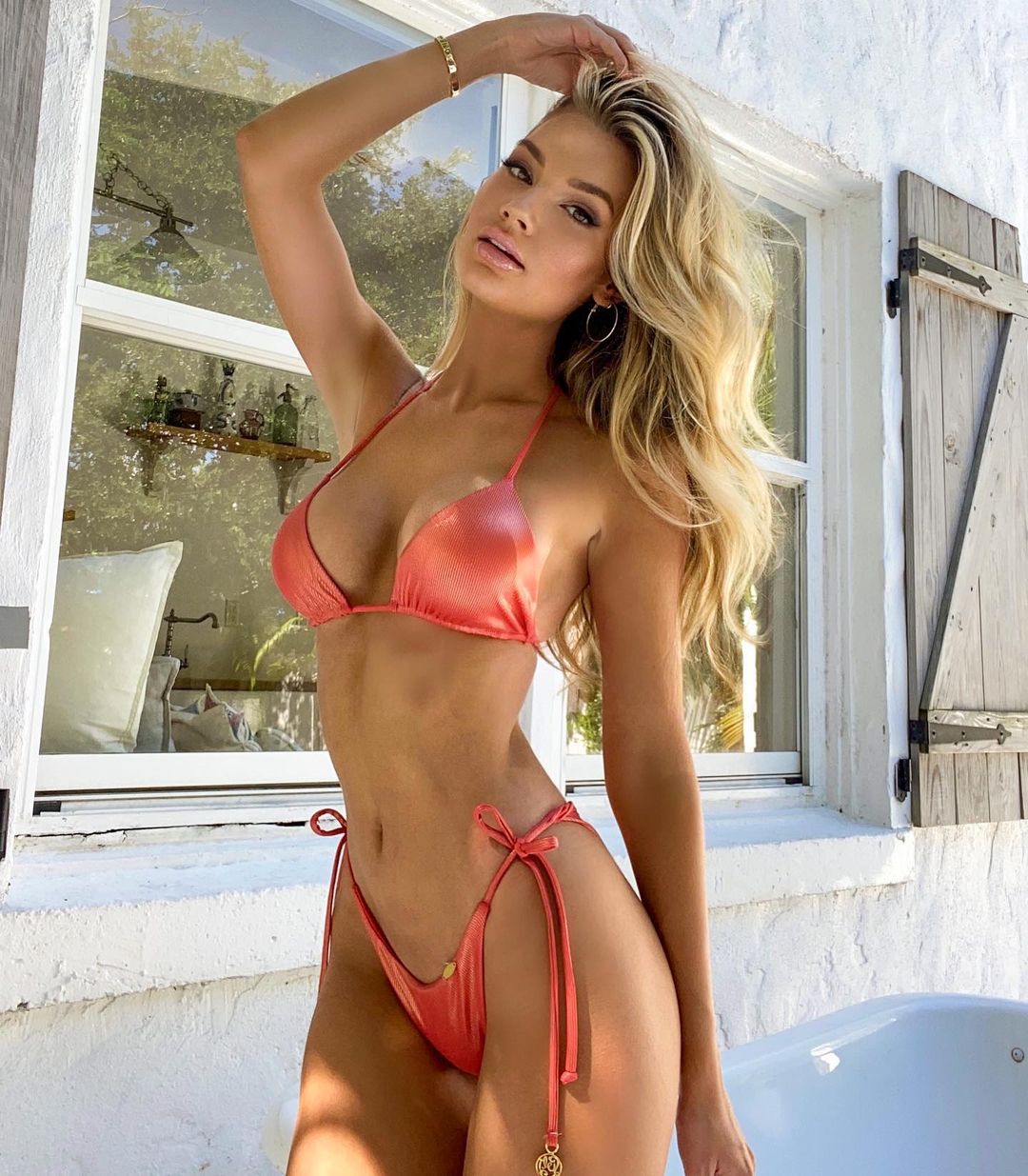 Alexa Collins’ parents were angry when she dropped out of college, aged 21, to pursue her dream of becoming an influencer.

But three years later, the model, from Miami, Florida, made her first million.

Now, Alexa, 25, has 1.8 million followers on Instagram, and owns a plush  four-bed house with a swimming pool with boyfriend of two years Tom Shields, 31, who works in real estate.

She also gets to travel all over the world has a wardrobe stocked with designer bags by Prada, Dior and Saint Laurent.

She says: "Travel is the best part of the job, it’s been really cool to see lots of parts of the world I wouldn't have been able to travel to otherwise.

"My favourite place I went to was Croatia, I’ve been all over Europe."

She told Fabulous: "I hit 1 million followers in July 2020, which felt really cool, but I want to keep growing.

"I'm a millionaire now, I made my first $1m right before I hit a million followers, that felt pretty awesome.”

Alexa, who grew up in Palm Beach, south Florida, launched her Instagram in 2014 and immediately treated it as a business.

She says: "At the time I didn't see it as a full-time job, I always thought it would be something on the side – but I knew Instagram was the way things were going to go.

"I started modelling when I was 18 and used the photo shoot pictures to build a social media presence. Over time, I became more of an influencer.”

She grew her following by posting twice a day, chatting to fans online and "documenting every single thing I was doing".

She says: "I started to create a little fan base of both men and women. From the minute I wake up at 7.30am, I spend the whole day on social media – I'm always very busy.

"I reply to my followers first thing, then I spend my afternoons creating content, going around town taking pictures for clothing brands, make-up brands and swimwear companies.

"Then I come home and I have to edit my pictures, I also have a YouTube channel now so there’s a lot going on." 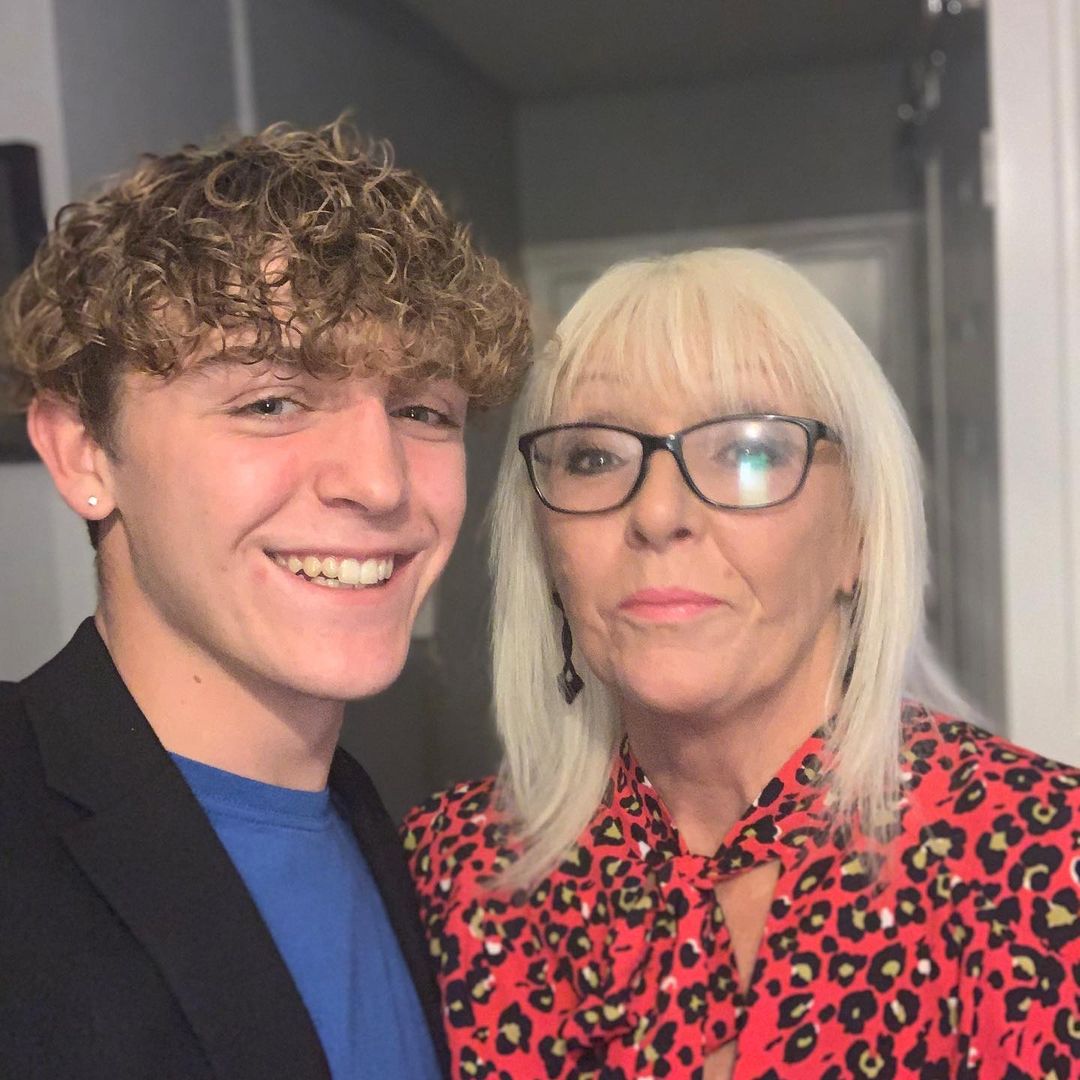 He’s now got over 330,000 followers on the video app, and recently appeared on ITV2 show Secret Crush.

Last year, Ronnie said: "I'm doing well for myself at the moment, if there is any time to focus on this, it's now.

"I see this as a job, it is very much a job for me, I'm constantly working every day to come up with new video ideas."

Ronnie made his first video on a family holiday to Spain in August 2019.

It got around 250 views, but he kept going, and, within a fortnight, his videos were getting a quarter of a million hits.

Not all of his family were supportive straight away, but he says now they understand the videos better.

He has even convinced his 63-year-old grandmother, Janice Hills, to become an influencer too, and she’s got over 30,000 followers.

He laughed: "I was with her the other day, and I looked at her and said: 'What have I done to you?' She used to sit there and sew or watch Coronation Street.

"Now she'll sit there scrolling through TikTok coming up with video ideas for both of us.

“I love it because I think it helps her understand my life a bit."

‘I want to be the biggest TikToker in the UK’ 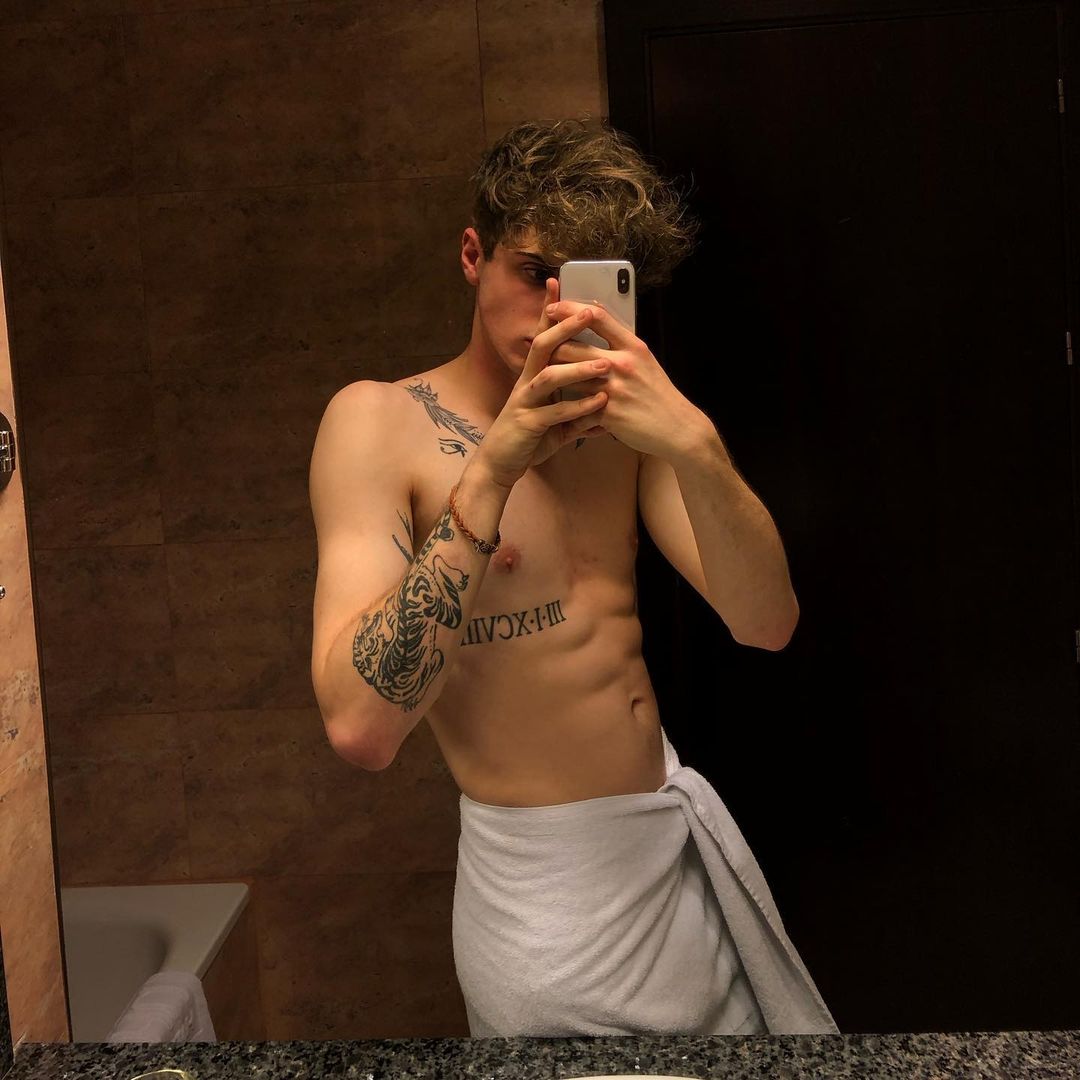 Jake Sweet was three months into his first year studying Business at Nottingham Uni when he decided to drop out and make a living off TikTok.

He’d already amassed a million followers on the app before Freshers’ Week had started. By the time he went home for Christmas, his follower count had doubled.

“All my friends were going out clubbing and partying, while I was live-streaming,” Jake told The Tab. “Sometimes there’d be 17,000 watching me livestream.

“I thought, If I don’t take this opportunity now, it might not be there when I leave. Uni will always be here for me.

“I can go back to uni whenever – in a year, five years, whenever.”

Jake remembers getting 60 million views in 24 hours on one of his videos.

Jake “didn’t really speak to anyone” at Nottingham before he left.

One day he just emailed administration to let them know he was dropping out, and ever since has been producing content on TikTok full time.

Since dropping out, Jake has more than tripled his follower count, which now sits at a bonkers 9.6 million. At the time of writing, he’s the 15th biggest TikToker in the UK.

“I want to be the biggest in the UK,” he finished.

It's safe to say this lot haven't got any regrets about dropping out of school.