A WOMAN was diagnosed with alopecia after the contraceptive coil left her with bald patches on her head.

Faith O’Kelly had long thick hair, but after the birth of her daughter in 2008, she started to notice that her hair was falling out. 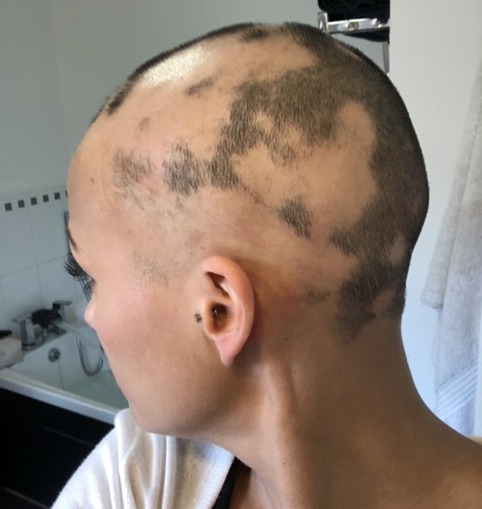 The accounting assistant from Wiltshire was diagnosed with alopecia areata, a condition that targets the scalp.

The 35-year-old had no family history of the condition and was forced to cover the patches with hats.

Within just a year of being diagnosed her hair started to grow back.

In 2016 Faith decided to have the contraceptive coil fitted, a year later, in 2017, her hair started to fall out again, this time in even bigger clumps.

Faith said over the course of two years, around 70 per cent of her hair fell out.

The change was upsetting to Faith and she struggled with body confidence and would often feel unfeminine.

Her husband Paul, 52, constantly told her she was beautiful, but her confidence took a knock and she felt down about herself. 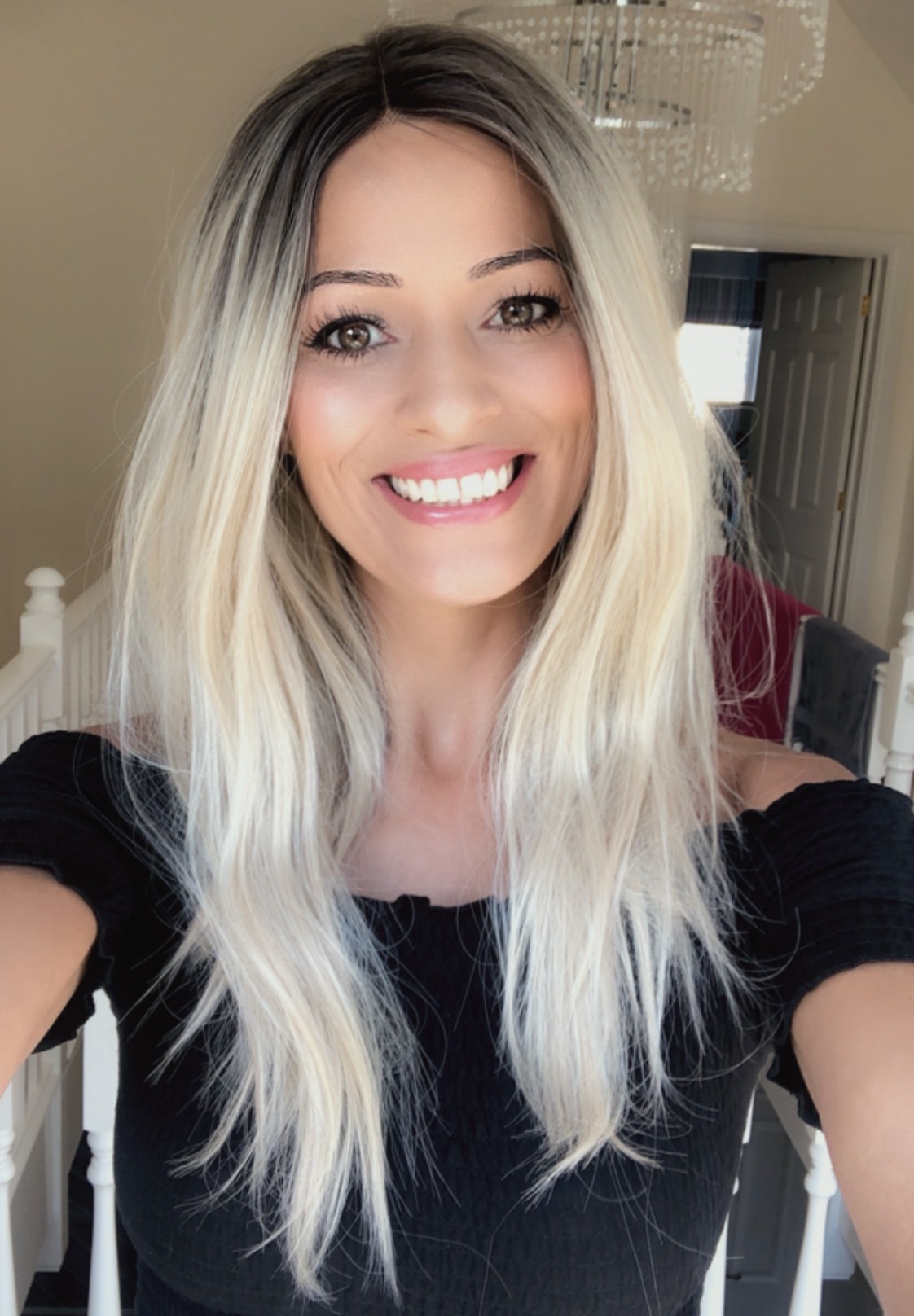 Faith said: “There was no history of alopecia in my family and I had lovely long, thick hair as a child.

“The first time I noticed a bald patch was shortly after my second daughter, Summer, was born in 2008.

“I was diagnosed with alopecia areata and was devastated. Wigs were nowhere near as good as they are now, so I felt very self-conscious every time I left the house.

“Having two young children meant that I couldn’t just hide away, so I wore lots of hats to try and cover the bald patches.”

Faith said she was lucky in 2017 when she didn’t lose any of her body hair but added that it would still make her “really upset”.

“I didn’t deal with it well at all. I used to get really upset and didn’t want to leave the house in case people noticed.

“The hardest part was not feeling feminine or attractive anymore. My husband Paul was absolutely amazing and was constantly reminding me that I’m beautiful with or without hair, but it was how I felt about myself that was the issue”, she added.

Faith had the contraceptive coil fitted in December 2016.

What is alopecia areata?

Alopecia areata can occur at any age but most cases first develop in teenagers and children.

This particular condition causes patches of baldness about the size of a large coin – both men and women are equally affected.

At least half of the people with the condition develop their first patch of hair loss before they are 21-years-old.

They usually appear on the scalp but can occur anywhere on the body.

In most cases of alopecia areata, hair will grow back in a few months.

At first, hair may grow back fine and white, but over time it should thicken and regain its normal colour.

Some people go on to develop a more severe form of hair loss, such as alopecia totalis (no scalp hair) and alopecia universalis (no hair on the scalp and body).

Alopecia areata is caused by a problem with the immune system and it is more common among people who have an overactive thyroid (hyperthyroidism), diabetes or Down's syndrome. 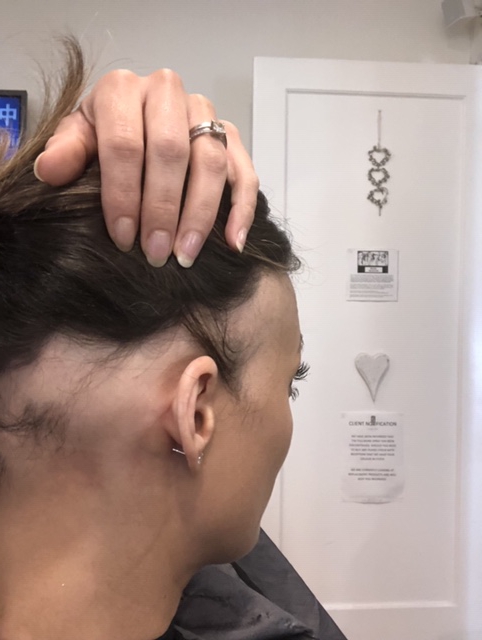 The hormonal contraceptive is a small plastic device that is put into the womb and releases the hormone progesterone.

In late 2019 she read an article linking hair loss to the coil and approached her GP. He confirmed the link to Faith.

Coming to terms with her condition, Faith took to Instagram in July this year and shared a picture of her bald head and received an influx of support from her followers and other well wishers.

Her family has embraced her condition too, with Summer 12, daughter Kyah, 16 and stepson Fynn, 15 even chopping off parts of her remaining hair.

In September Faith decided to have the coil removed and her hair has now started to grow back.

Areas that had been completely bald for two years are now covered in small hairs, and her patches are shrinking dramatically. 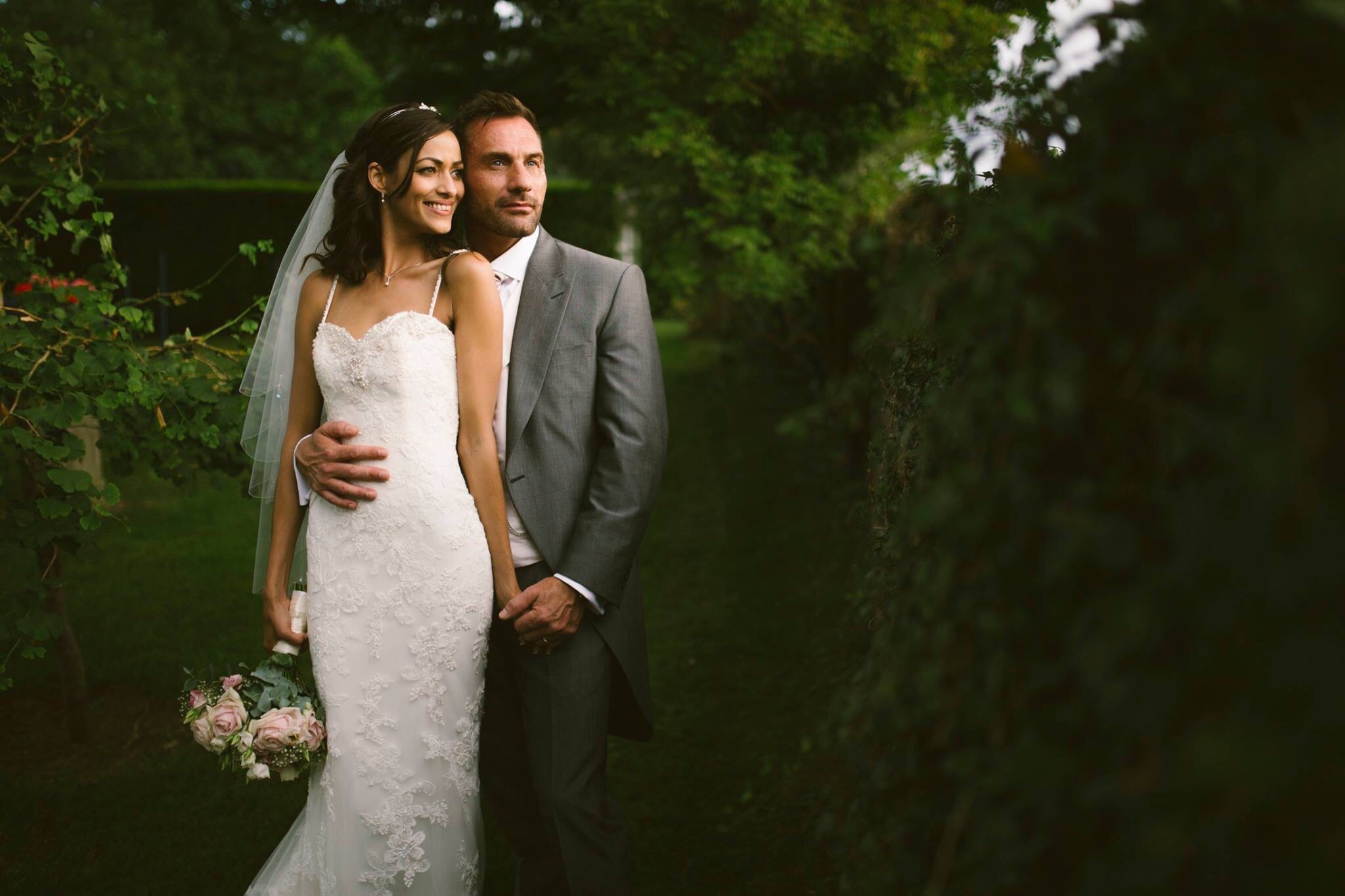 Although she hopes her hair will entirely grow back, Faith’s true triumph has been accepting her appearance – hair or no hair.

Faith said: “I began following some other ladies who have alopecia and they were so open about it and weren’t afraid to show the world who they really are.

“I remember wishing I had the confidence to show everyone my patchy head, and after speaking to them I felt so much better about my alopecia.

“They were so supportive and encouraged me to open up about it. I created my page, Rocking Alopecia, and received so much love and not a single negative comment.”

Faith said it was a “huge turning point” and that after that she bought a bright red wig.

”Although I don’t go out in public without a wig, it’s fun to try different styles. 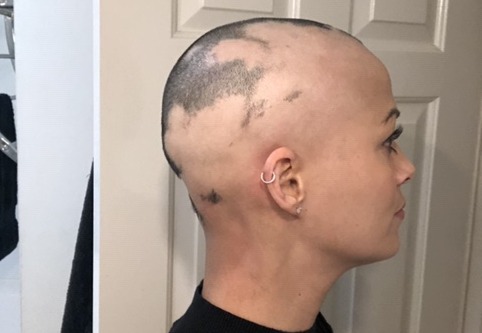 “I love sharing new wig photos and reviews to help other women choose decent wigs. It’s so much fun choosing a different hairstyle to go with different outfits.

“It took me a while to get used to wearing wigs but I have a huge collection and love mixing things up. It’s probably confusing to the other parents on the school run.”

Faith said she was never warned about developing alopecia before having the coil fitted, but said her doctor claimed it was rare for this to happen.

Faith added: “I would be sad to not be a part of the alopecia community anymore as I have made so many new friends.

“Areas that have been completely bald for over two years are covered in small hairs now and my patches are shrinking dramatically.

“But I know now that, either way, my hair does not define me, and it’s comforting to know that thousands of other people are going through the same thing.

“Alopecia has actually boosted my confidence. I’ve always been shy but I just don’t care what others think of me as much as I used to. Once you’ve been at an all-time low, the only way to go is up.”

fell, Hair, leaving, Me, My, out, Wi
World News