Home » Fashion » My wife's a slob who does no cleaning and watches Netflix for six hours a day, she hates it when I say she does nothing

My wife's a slob who does no cleaning and watches Netflix for six hours a day, she hates it when I say she does nothing

A BLOKE explained that he gets frustrated with his stay-at-home wife, 27, as she does no cleaning around the house and watches Netflix for six hours a day.

The husband, 36, said that his partner of five years was a "slob" but that she got very upset when he pointed out that she didn't do anything. 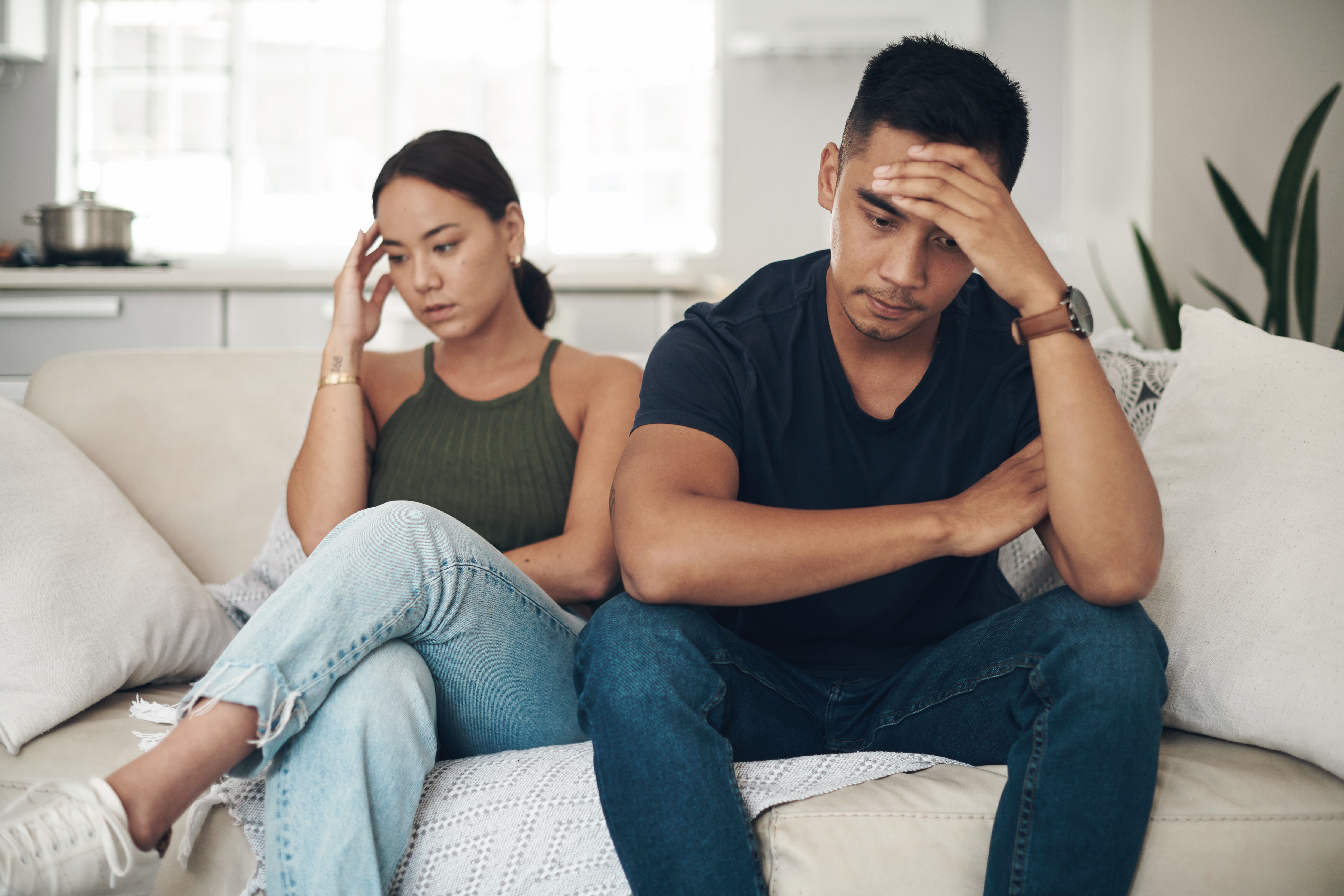 To prove that she did clean the wife took photos of herself doing housework but he said he found the gesture funny and laughed at her.

Taking to Reddit, he said: "My wife is something of a slob. I know this isn't the nicest thing to say about your partner, but she would happily step over a pile of clothes in our living room for a month before actually folding them.

"During the daytime, she doesn't really cook, clean, or do any housework at all.

"She loves browsing the internet and watching Netflix, but beyond her interests, she can rarely gather up the energy to do much at all. 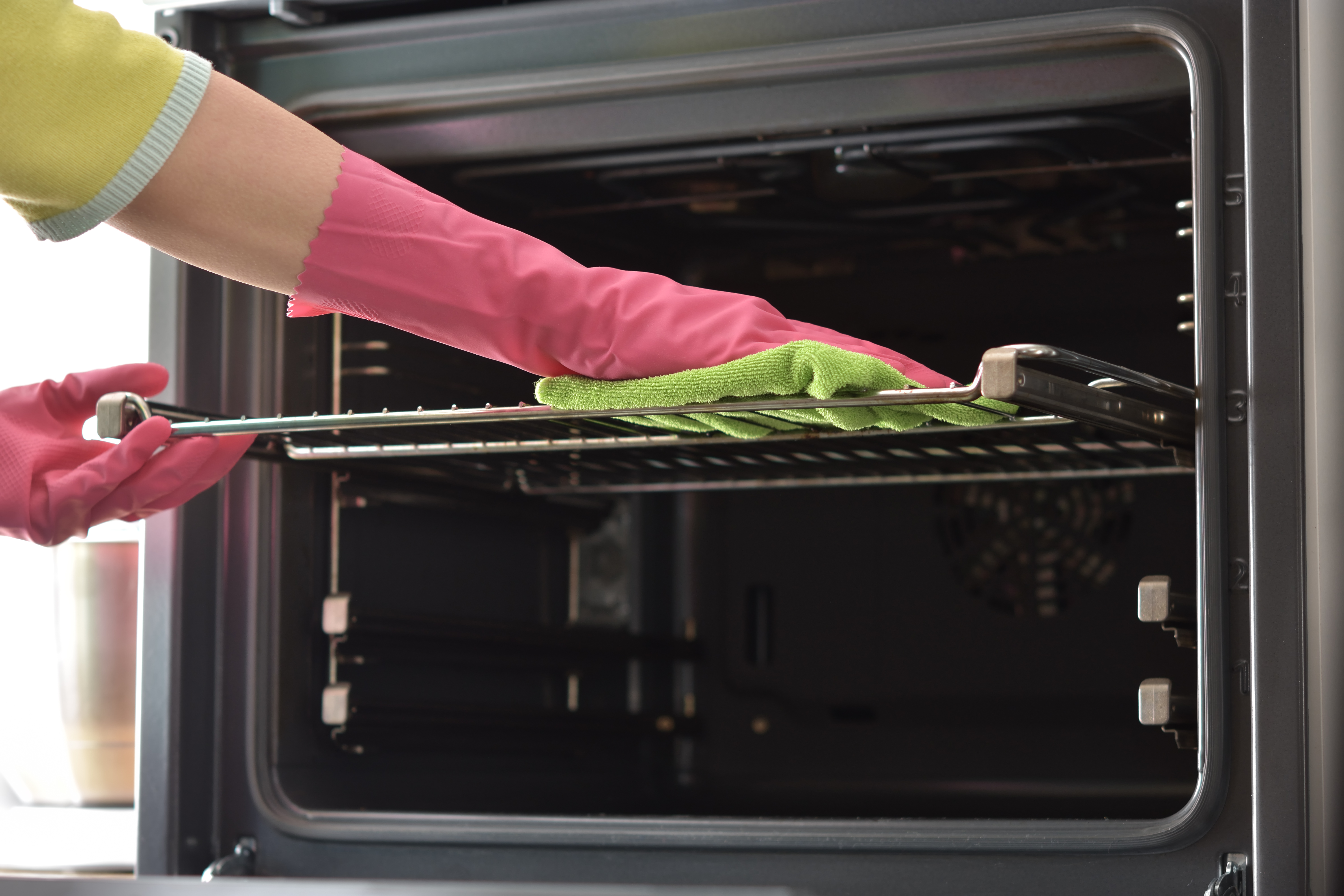 I’m a cleaning pro, there’s an easy way to get grime off your oven racks easily 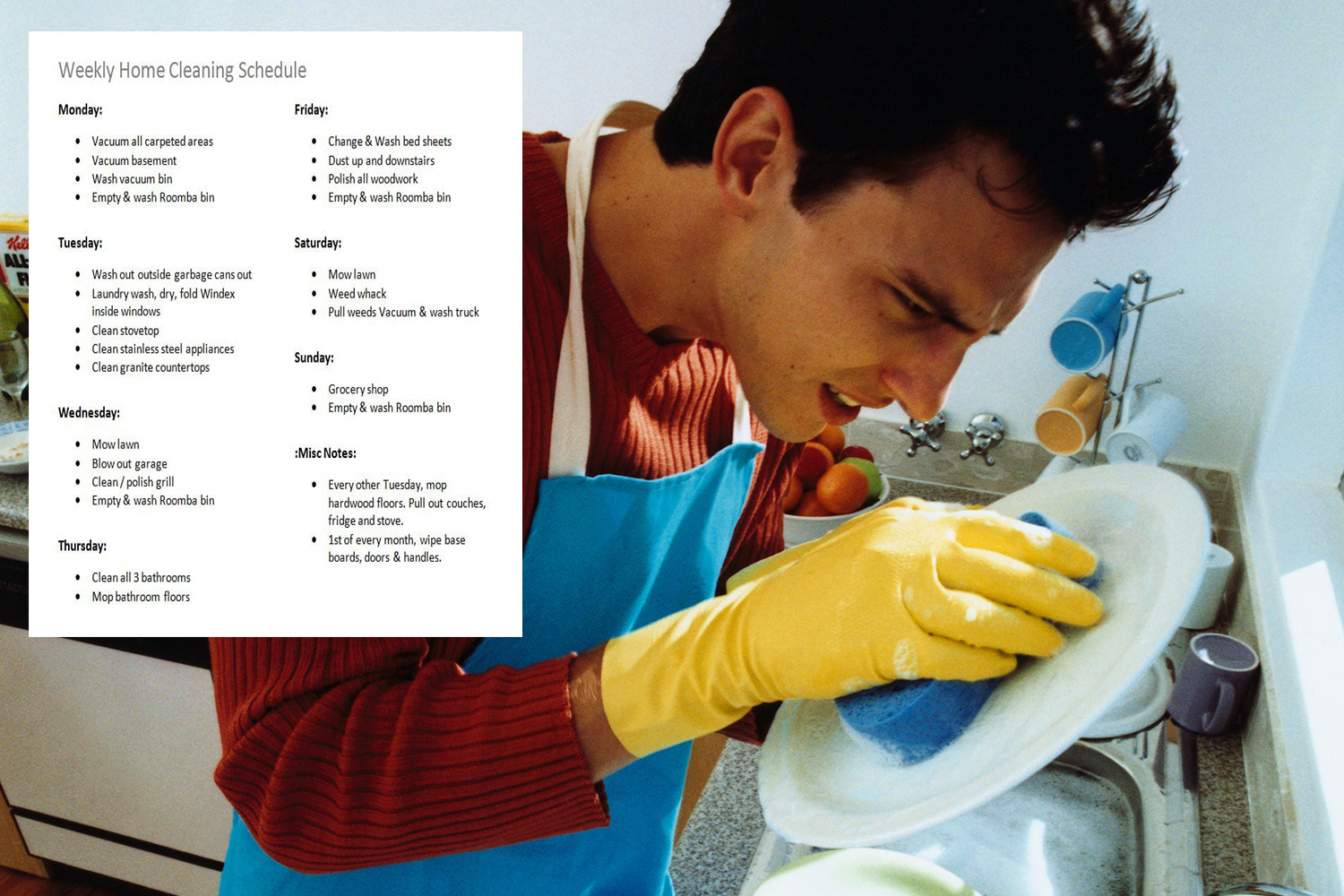 "To be honest, before marriage when I lived alone, my house was much cleaner than it is now."

The man went on to explain that his wife doesn't like to discuss the house situation and gets upset when it's brought up.

She said: "The bizarre thing about this situation is that she's incredibly sensitive about the fact that she doesn't really do much all day and denies it whenever it's brought up.

"I do my own laundry, prepare my own lunches, and often times cook dinner. 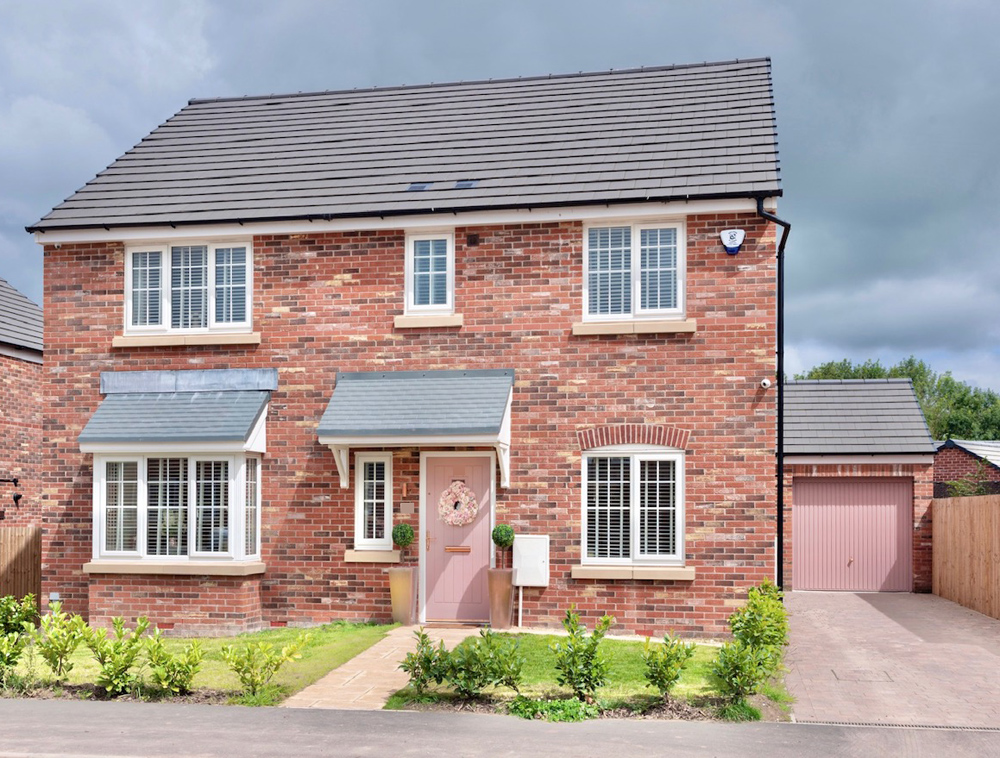 I look different after seven years & two kids, people say it’s not fair on my man 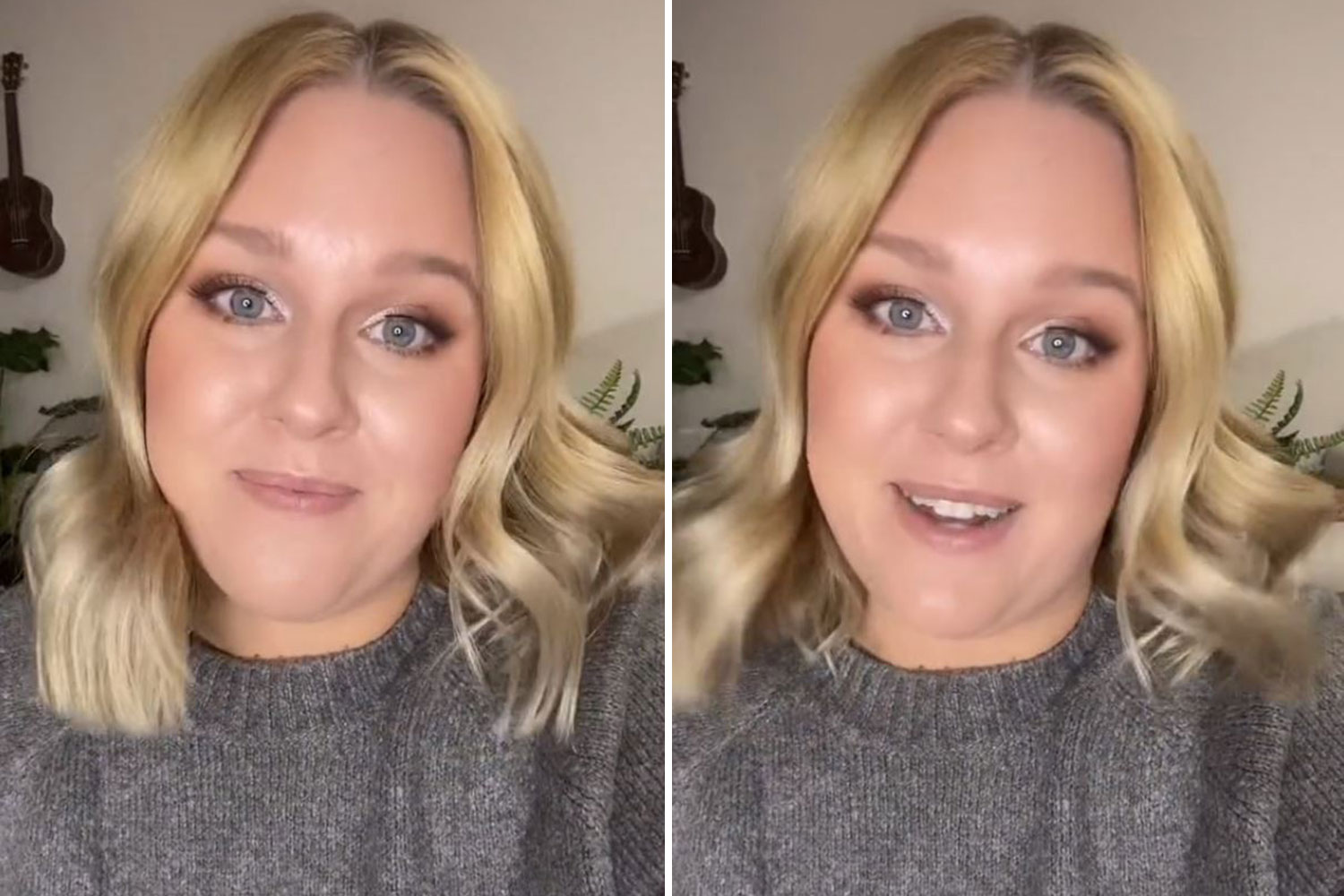 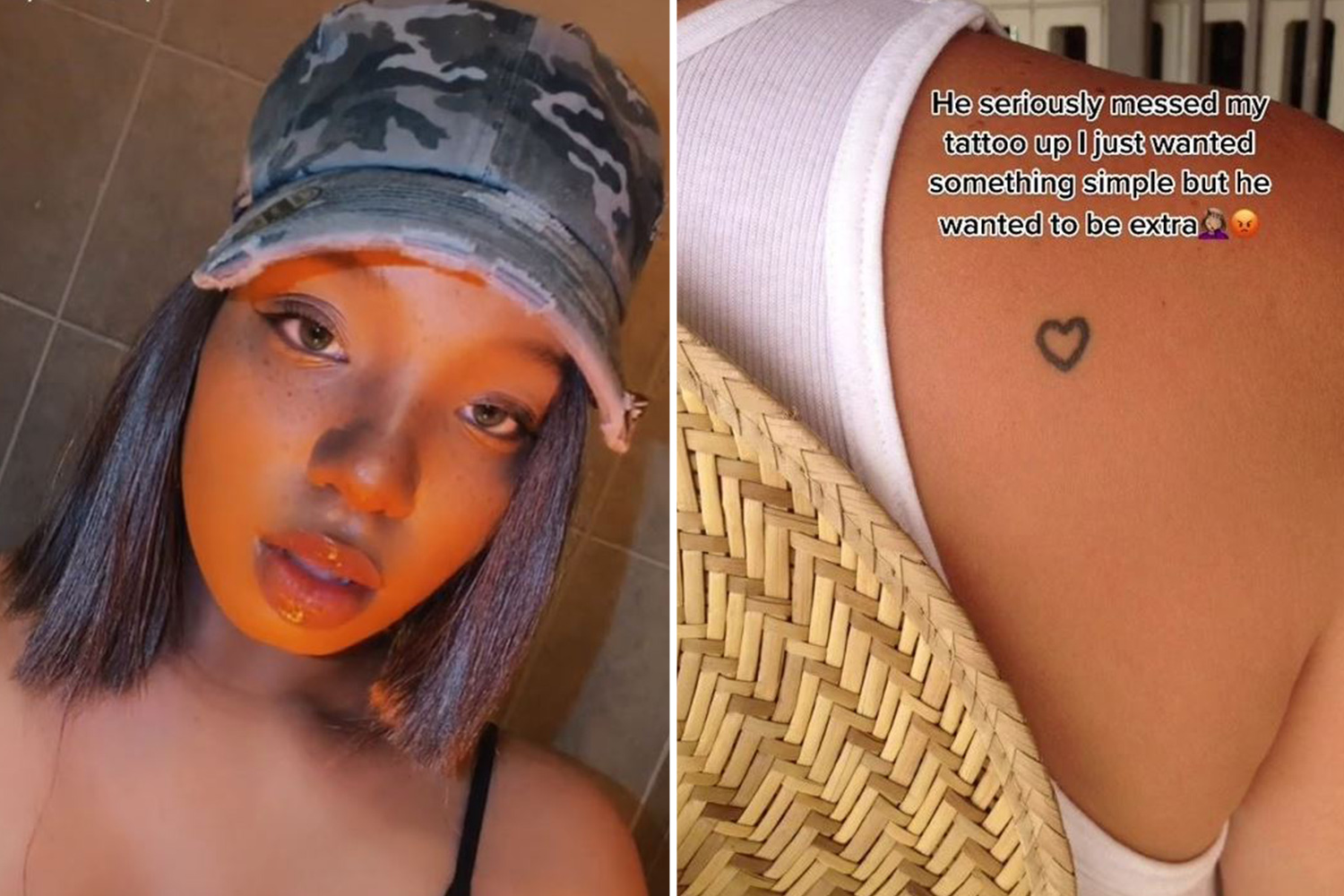 "She might do the dishes in the evening or she'll leave them for the next day.

"A few days ago, I got really tired of it because a pile of her stuff that I didn't know where to put away had been sitting in our living room for over a week.

"I told her that she really needs to get it together and learn how to clean, even a little, every day.

"She fired back that she's not a maid, to which I responded was clear because if she went to someone's house, laid on their sofa, and watched Netflix for six hours, she would have been fired on her first day."

The upset wife decided to take action and documented her efforts the next day.

He continued: "The next day after I got home from work, my wife and I were still kind of in a Cold War.

"She suddenly approached me and showed me pictures she took of herself cleaning during the day, repeating: 'See? This is what I do during the day.'

"I couldn't help myself and began laughing at how ridiculous it was, then said having a fake photoshoot like an Instagrammer didn't mean she was doing a good job around the house.

"She says I crossed the line. Now she's sulking in her room. I feel like she's trying to emotionally manipulate me, but I could have pushed it too far."

Fellow Reddit users were quick to jump in with their opinions on the situation.

One said: "Has your wife spoken to her doctor about her lethargy? If its pure laziness, obviously that's on her.

"But you're out here laughing at what sounds potentially like serious mental illness such as depression or ADHD, a sleep disorder or other physical illness that can cause chronic fatigue.

"It may not actually be good for her mental health to be home all the time. I hated going back into work but it was amazing for me to get out of the house. I really think she needs to speak with a professional about the possibility of depression."

Another agreed: "That's exactly what I was thinking. When your brain doesn't brain the same way as other people, you can come across as lazy, messy, etc. when you're really just struggling."

A third person said: "Look, I totally understand the frustration.

"You don’t seem the 'my-woman-better-have-dinner-ready-and-waiting-for-me!'-type. Maybe more like 'could you just clean for like 20 minutes a day?'

"HOWEVER, it is also kind of clear that your wife is struggling.

"She’s non productive all day? No hobbies? No friends? Seems like maybe you can try to talk to her about how she’s feeling and why she doesn’t like to get out as much.

"Come from a place of compassion, you said yourself it’s out of character. Just some food for thought."