Headed into choppy waters! On the upcoming episode of The Real Love Boat, the couples answer some tough questions about their past relationships while racing to the top of the Rock of Gibraltar.

“Number of times you have cheated on a significant other?” Nathan Kroger asks Alisa Shah, reading the question from a card in a first look at the Wednesday, October 12, episode shared exclusively with Us Weekly. In a confessional, Alisa, 24, reveals, “I don’t like that question and [I’m] not sure what to do. But I’m hoping Nathan can appreciate honesty.” The California native then reveals her answer: “Once,” she tells Nathan, 24.

Contestants Brett De Laura and Brooke White also get to know each other better when the food and beverage rep, 34, asks Brett, 36, how many people he’d slept with. After the musician answers “Five-ish,” Brooke is stunned. “Oh, my lord. Am I potentially dating a priest?” she says during a subsequent confessional. 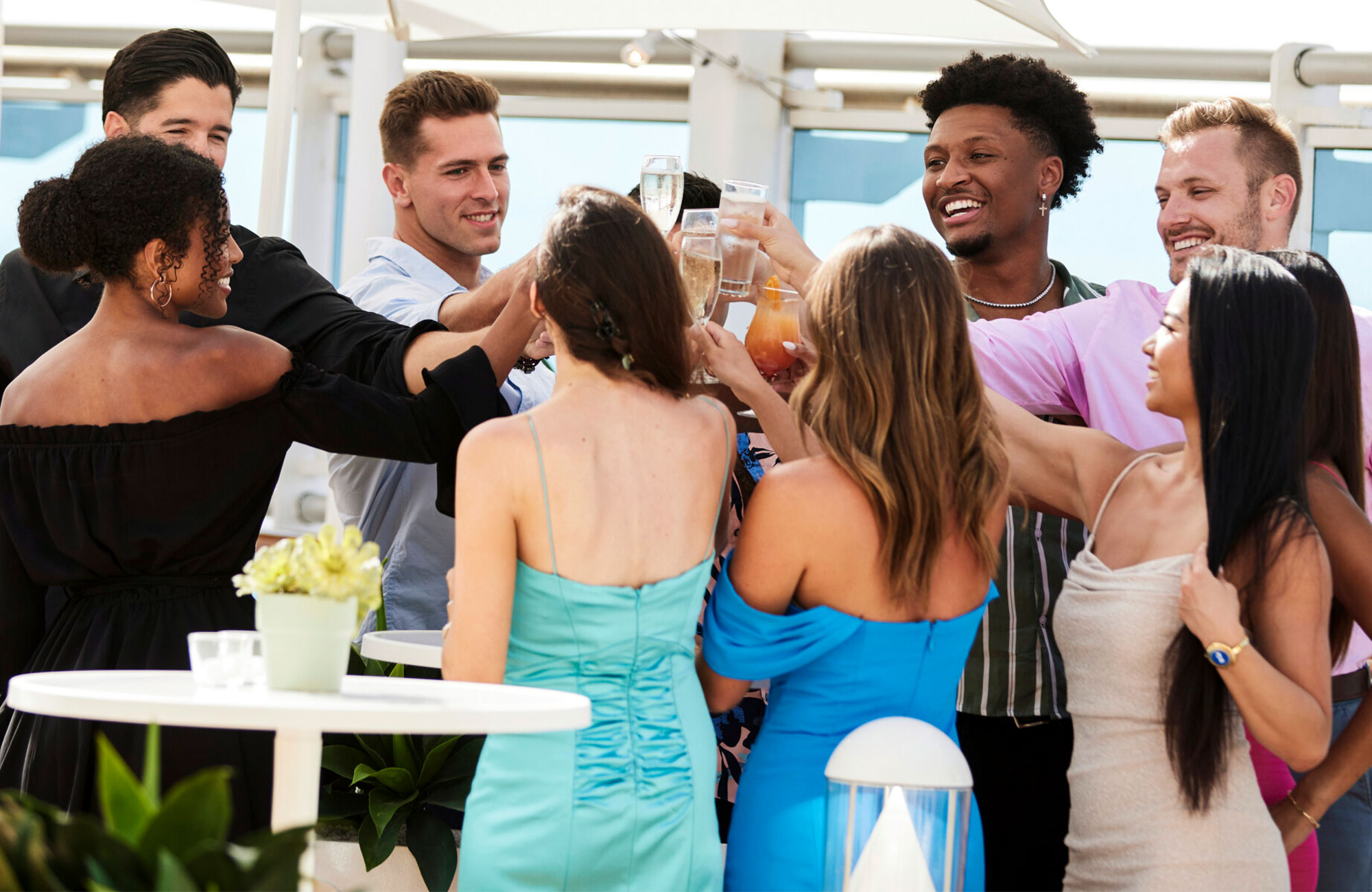 Inspired by the scripted ‘70s series The Love Boat, CBS’ new reality dating show follows 10 singles looking for romance aboard a Princess Cruises ship sailing through the Mediterranean Sea. The couple that proves themselves to be most compatible after a series of challenges will win a cash prize and a luxury cruise from Princess. The series is hosted by real-life couple Jerry O’Connell and Rebecca Romijn. The A-listers exchanged vows in 2007 and share 13-year-old twin daughters, Dolly and Charlie.

“This is not a muscle that Jerry and I had ever really flexed before because we’re used to watching these shows from the comfort of our own sofa,” Rebecca, 49, told E! News earlier this month. “So, to be there in the middle of the drama was a great learning curve for us. It was new for us.”

The X-Men actress revealed that “it was hard for us not to have emotional reactions” when contestants got the boot. 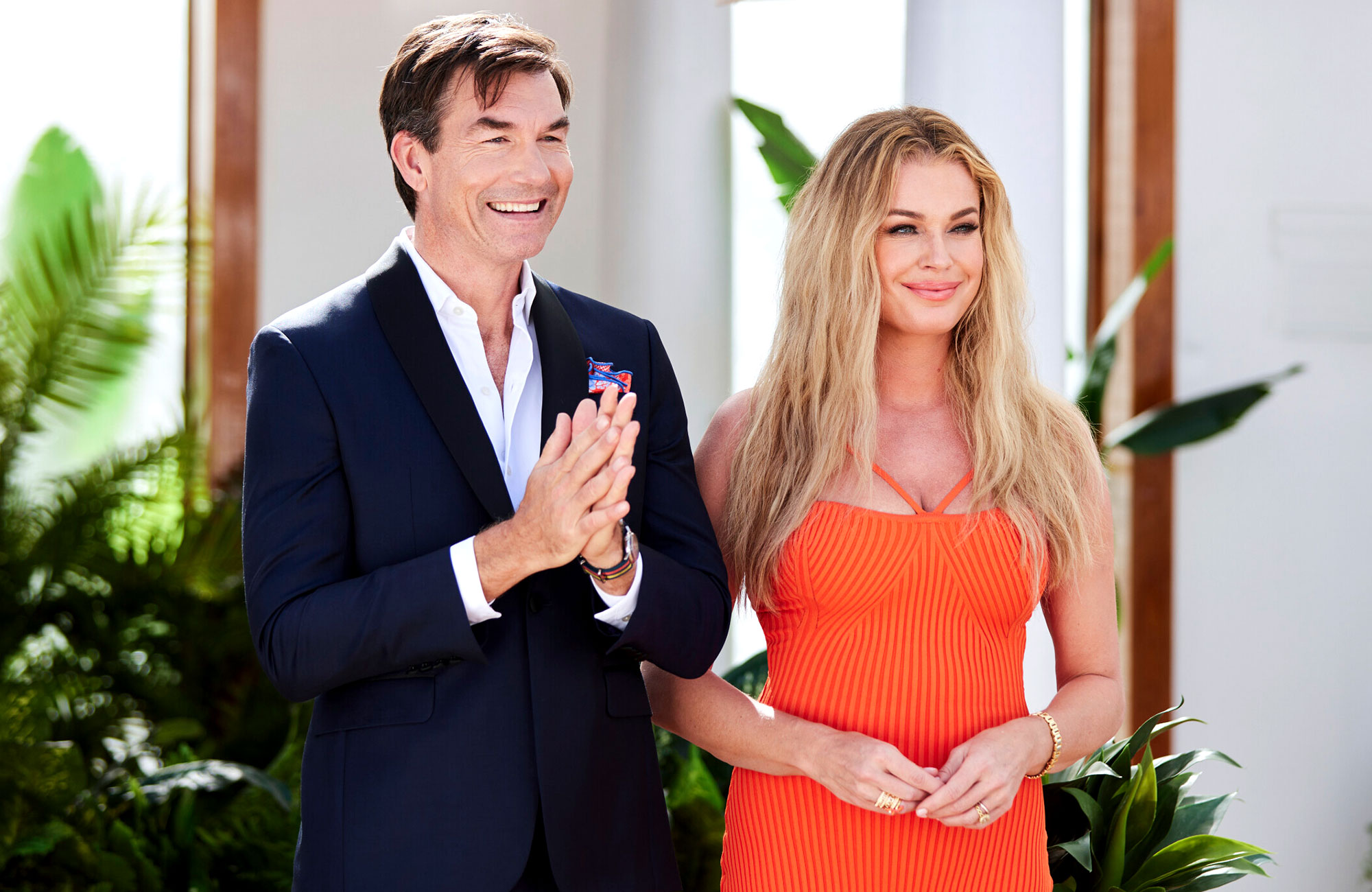 “Jerry had a harder time with it than I did,” she revealed. “Jerry kept reacting. Every time somebody would get eliminated, he’d go, ‘Nooo!’ He’d have this big reaction. It was explained to us that we’re supposed to remain neutral. That was a real challenge for both of us, but especially Jerry.”

Despite his knee-jerk response to couples going home, the 48-year-old Kangaroo Jack actor thought long and hard about how to break the bad news in style.

“In those elimination ceremonies, Rebecca and I had to come up with a send-off tag,” Jerry told E! News. “‘The tribe has spoken,’ [Jeff] Probst already has that. ‘Auf Wiedersehen,’ that’s Heidi Klum. Another one is ‘Sashay away,’ from [RuPaul’s] Drag Race. So, coming up with this elimination term, it had to be nautical. We tried a lot of things.”

Rebecca revealed what the pair eventually landed on. “I’m sorry, you’ve been eliminated. It’s time for you to shove off.’ Which also felt a little aggressive, not gonna lie,” she said.

The Real Love Boat airs on CBS on Wednesdays at 9 p.m. ET.