Home » Lifestyle » A uniquely Victorian problem: Inside fight to save the state’s triple-zero service

A uniquely Victorian problem: Inside fight to save the state’s triple-zero service 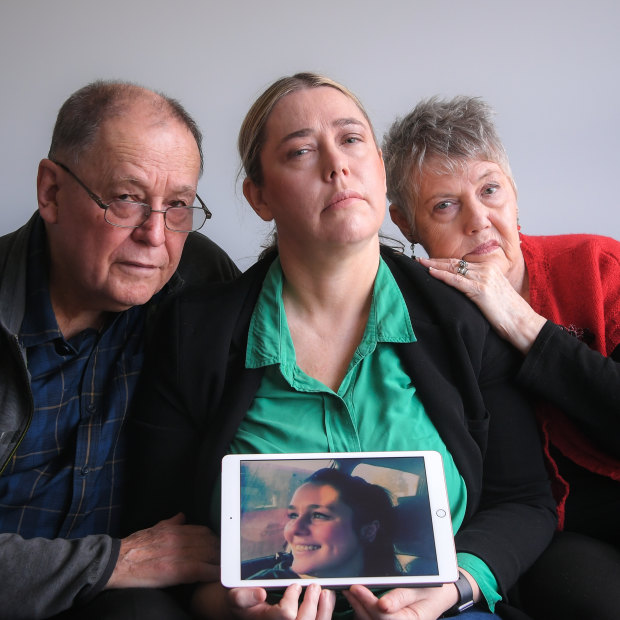 From Left: Lindsay, Vaness and Anne Byrnes with a photo of their daughter and sister, Rachael.Credit:Justin McManus

Rachael Byrnes’ life was quickly slipping away as her sister dialled triple zero, hoping to hear the voice of a call-taker assuring her an ambulance was on the way.

On that January night – at the peak of the nation’s Omicron wave – Vanessa Byrnes waited more than four minutes for someone at the Emergency Services Telecommunications Authority to respond.

Calls are meant to be answered within five seconds. But in that moment, Vanessa doesn’t know how long she’s been waiting. All she knows is that her vivacious little sister, who loved life, is dying. The help she needs is not arriving.

Rachael, who died after suffering a seizure while on a call to a friend, is one of 33 people whose deaths have been linked to the call-taking crisis that engulfed ESTA between July 2021 and the end of May this year. A letter to the family from Ambulance Victoria on May 31 confirms the triple-zero call delay was more than four minutes.

“I learned so many things from Rachael,” Vanessa reflects. “She taught me how to fight for a fairer, more compassionate world, how to live more sustainably and how to be resilient in the face of challenges.

“That’s why I feel like she would fight; she wouldn’t let this go. ”

Vanessa and her parents, Lyndsay and Anne, do not want Rachael to be a mere statistic in a damning 156-page report, by Inspector-General of Emergency Management Tony Pearce, that chronicles the failures of Victoria’s triple-zero system.

Rachael, a singer-songwriter who lived in a small mud-brick house in Eltham, was 42 years old when she died. She loved bushwalking and swimming at the beach. She wrote poems about her spirituality and songs about living on the smell of an oily rag.

“During the latter period of her life, fortunately, I got to know my daughter better, and I appreciated her quirky sense of humour. Before she passed away … we became friends rather than father-child,” Lyndsay says. 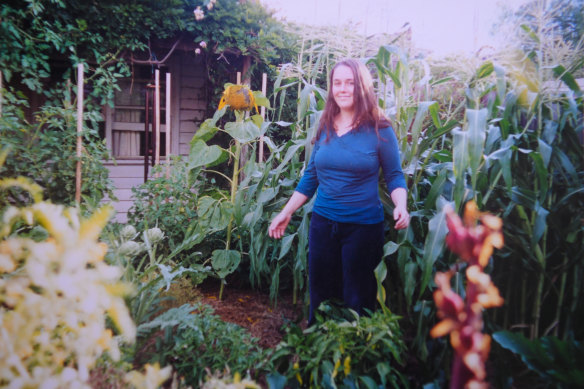 Rachael Byrnes, 42, died in January this year potentially as a result of failures in the triple zero system.

Australia was in the grip of its worst – and deadliest – COVID-19 wave at the start of this year. The virus had mutated again. Tens of thousands of people were contracting Omicron every day. Thousands were hospitalised. The healthcare system was collapsing.

But there was one profound failing in the health system that Pearce found was unique to Victoria: the triple-zero system, meant to be at the heart of emergency care, crumbled.

“What is absolutely clear is that if ESTA had a sustainable funding model in place, and they had been recruiting against what their modelling and forecasting said about a surge in COVID, they would have been in a far better position to respond,” Pearce told The Sunday Age.

The story of the breakdown of Victoria’s triple-zero ambulance system is complicated and multi-faceted – there were issues around funding but along the way, ESTA lost its identity as a vital emergency service and the government lost sight of the vital role the agency played.

In the early 1990s, the union was locked in a bitter battle with the ambulance services. The dispute ended with the Kennett government privatising the ambulance dispatch centre and awarding Intergraph a $32 million contract. The whole process was a saga and led to the Bracks government establishing a royal commission when it was elected in 2002 and then establishing the state-run Emergency Communications Victoria, now ESTA. 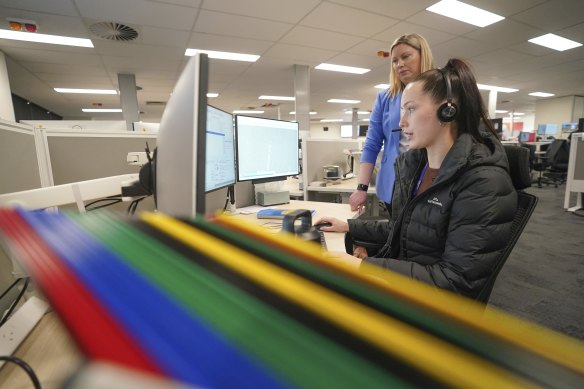 Emergency services organisations, including Victoria Police and Ambulance Victoria, were expected to contribute a fee. But that fee was set in 2004 with an annual indexation rate of 2.5 per cent. It had not been reviewed since, nor had it kept pace with a ballooning and ageing population, as well as the increasing cost to deliver services.

Pearce’s report found a funding shortfall emerged and since 2014, the government had covered it by giving ESTA an annual “ad hoc” top-up, making it difficult for the agency to recruit extra workers and prepare for surge periods.

When in 2015, Roger Leeming, who spent a decade on the board of ESTA, asked for about $30 million in ongoing funding, the government made a one-off payment, but rejected the push to lock in more money over the medium term. 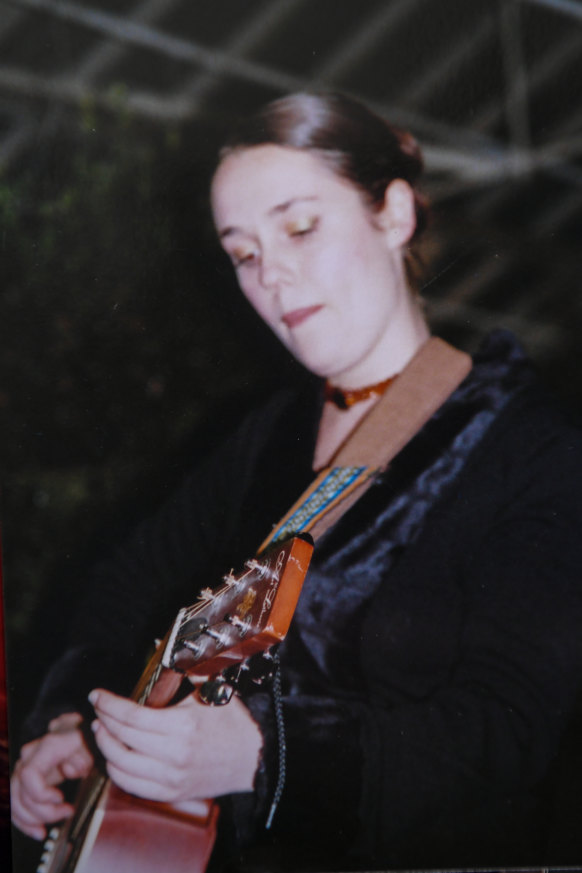 Meanwhile, the Communications Workers Union, Ambulance Employees Australia and the United Firefighters Union warned the government that ESTA needed 350 additional staff. They wrote to then-emergency services minister James Merlino in 2016 warning him ESTA call-takers were so overworked, they were unable to take proper breaks and some were suffering from mental health issues. They sent follow-up letters twice in 2017.

The United Firefighters Union went back to ESTA in 2018, again pleading for more staff, and continued to beg throughout 2019 to no avail.

The chequered past of ESTA

ESTA was a victim of its own success. From January 2016 to November 2020, the organisation met – and often – exceeded its benchmarks for answering emergency calls within five seconds. From the government’s point of view, there was no reason to acquiesce to either the unions’ or the ESTA’s demands.

“It was retrospective funding to allow them to continue doing their business-as-usual work,” Pearce says.

“What they weren’t doing was applying for funding to allow them to plan and respond to surge events … ESTA probably didn’t have the confidence to go out and spend money, and then beg for forgiveness later. Their only way of getting more money was by going through the full and proper process, which takes so long, they wouldn’t have been able to respond to emergencies.”

Somewhere along the way, ESTA came to be viewed – internally by management and externally by other emergency services and politicians – as a glorified call service agency, not a crucial emergency service, according to multiple people who were involved in the organisation and reviewed its operations.

”ESTA’s got a chequered past, there’s no doubt about that,” Emergency Services Minister Jaclyn Symes told The Sunday Age.

“It’s an interesting agency of government that until recently considered itself as a company or an organisation … ESTA [also] came to be seen as a lower grade to ambulance, fire and police, as opposed to equal footing.”

Former Victoria Police chief commissioner Graham Ashton conducted a review of ESTA earlier this year and noted the master-servant relationship the agency had with other emergency services organisations. He found it was “more as a corporate entity than an organisation delivering a critical emergency management service”.

”[ESTA] had a real identity crisis,” chief executive Stephen Leane told The Sunday Age. “It is an emergency service organisation and it never saw itself as one, and nor did its partners.”

Other states ‘nothing on the scale of Victoria’

The state government has repeatedly pushed the narrative that the pandemic is to blame for what happened at ESTA, but failed to explain the comparative resilience of other states’ triple-zero services.

During a parliamentary estimates hearing last week, New South Wales Ambulance Commissioner Dr Dominic Morgan was asked about Pearce’s report and whether his team had experienced something similar.

“Nothing of that extreme,” Morgan said.

“By the time Delta hit and the subsequent Omicron wave … we were all surged,” Morgan says.

A new dawn for ESTA?

Inside ESTA’s Burwood East state emergency communications centre earlier this month, The Sunday Age observed an air of calm. There are more calls than in pre-COVID-19 times, but not as many as Omicron’s peak over summer.

The phones do not stop ringing, but each call is answered swiftly and calmly. Staff methodically make their way through a list of questions from Ambulance Victoria to determine the urgency of each call. At one point during the afternoon, an ambulance call-taker stays on the phone with a mental health patient for more than 20 minutes until paramedics arrive at the scene.

There are dozens of ambulance, police and fire call-takers and dispatchers working during this day shift, juggling calls ranging from critical emergencies to a bizarre request about whether a party with loud music can still go ahead during the national mourning period for Queen Elizabeth’s death. The ambulance call-takers and dispatchers now occupy an entire floor at ESTA’s Burwood East centre, such has been the scale of their expansion. 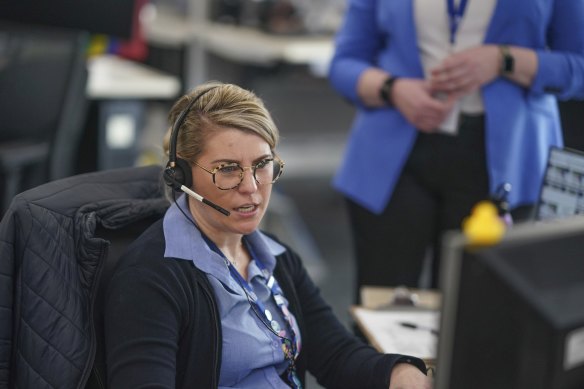 Victorians can have confidence, the Victorian premier says, that the ESTA of today is not the ESTA of nine months ago.

When a fire engulfed a home in Melbourne’s outer-east last week, killing one woman and injuring two children, an emergency call from the neighbours was picked up within a second. In August, 92.8 per cent of calls were answered within five seconds.

While Leane couldn’t stop the system from being overwhelmed just months later, he has worked to bring ESTA in line with other emergency services. In March, the government announced funding for about 120 new call-takers. In May, the budget allocated $333 million for the organisation to recruit 400 new staff over four years.

More than 120 staff have joined the organisation in the past year. Morale has lifted, staff who recently quit have rejoined. The leadership team of Leane, Deb Abbott, Nicole Ashworth, Dallas Reilly and Andrew O’Connell is made up of people with an emergency services background. ESTA is flush with cash. The government has plans to further expand its three offices, and Symes says work is under way to develop a funding model identified by Pearce as a major failing. But still, Leane does not believe ESTA has yet reached its potential.

“[ESTA] is the front line of the front line. Nobody else really has a joined-up system like this in Australia, and … they don’t want to give up what they’ve got which is ownership and control of what they have, but I think it’s a really good model,” he says.

Opposition emergency services spokesman Brad Battin is a former police officer and his empathy for call-takers is evident.

“I know what it’s like to be called to a job to assist and not be successful,” Battin says. “I would hate to be the one getting a call from someone while their loved one is dying. Everyone needs to treat ESTA call-takers with more respect because of the important role they play.”

The question being asked now is: when the triple-zero crisis falls off the radar again, how will the state government ensure Victoria’s frontline emergency service organisation is better prepared, funded and respected?

Vanessa Byrnes says the issue demands bipartisan support, and all political parties must be united in fixing the health system. She also wants a health summit, bringing together the 33 families affected in their collective grief so they can push for positive change; something her sister would have wanted.

For Anne Byrnes, every day without her daughter is filled with sadness.

“The system failed us; it also failed a lot of people,” she says. “I’m hoping politicians are more aware of these things and how important it is.”