Home » Lifestyle » William, Harry and All of the Queen's Grandchildren Hold Vigil in Her Honor

William, Harry and All of the Queen's Grandchildren Hold Vigil in Her Honor 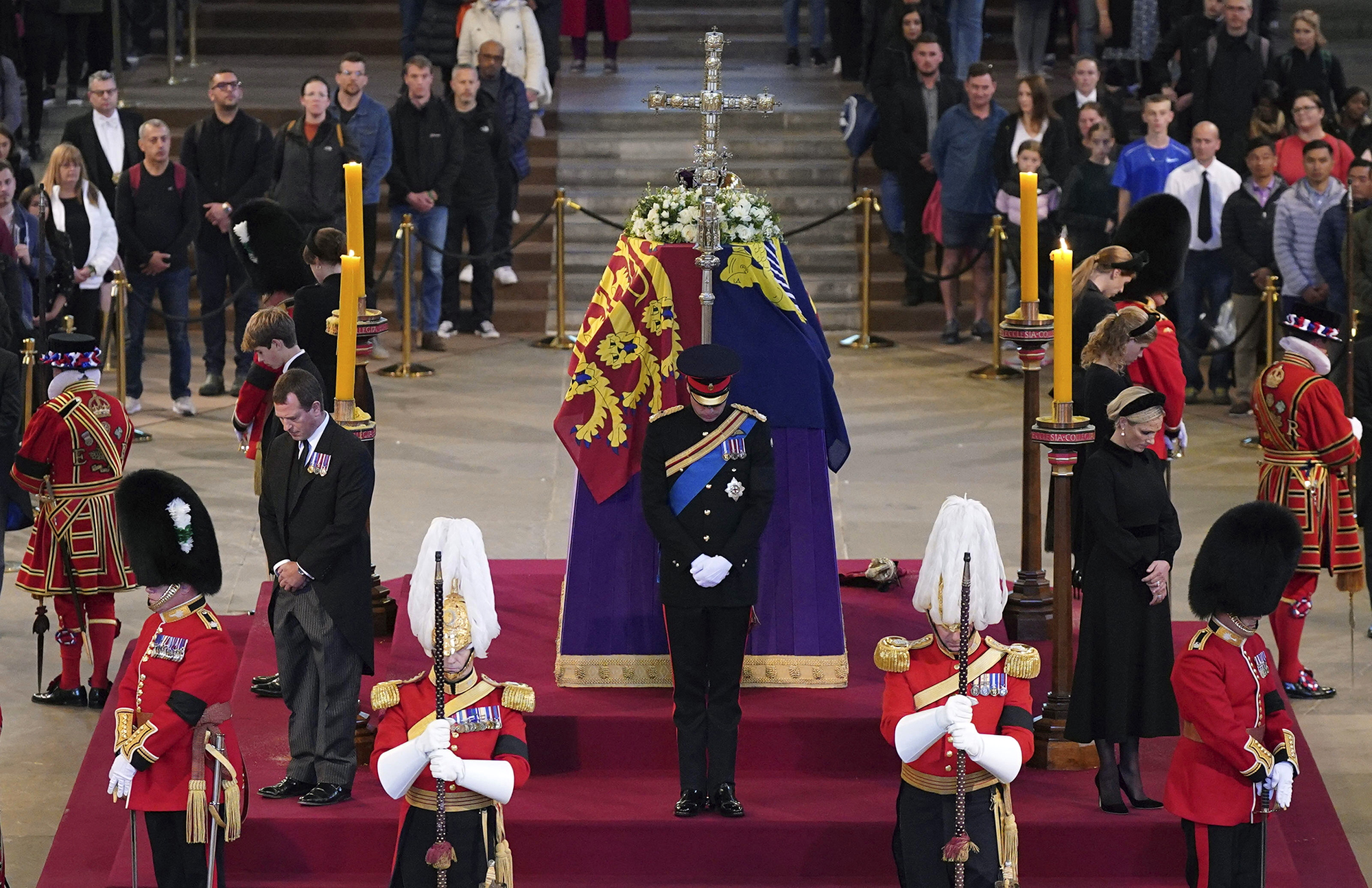 Queen Elizabeth II was once again honored with a vigil held by her family while her coffin lies in state at Westminster Hall in London.

The Prince of Wales, 40, led the group’s procession into the chapel, followed by Harry, 38, Eugenie, 32, and Beatrice, 34. The rest of the cousins swiftly followed as they took their positions around the queen’s casket.

Louise and James’ parents, Prince Edward and Countess Sophie, watched the cousin’s vigil from the balcony.

Royal watchers noticed that the Duke of Sussex donned his military uniform for the occasion — an allowance made by Buckingham Palace two days before the grandchildren’s vigil.

Though the prince lost his honorary military titles upon stepping down as a senior royal in 2020 — and was therefore not permitted to wear the uniform during the queen’s procession days earlier (nor at the monarch’s Platinum Jubilee in June) — the palace reversed course in a surprising “U-turn” on Thursday, September 15, royal expert Omid Scobie tweeted.

Prior to the palace’s change of heart, a source exclusively told Us Weekly that Harry “had come to terms with not wearing uniform on these occasions. Whilst that’s disappointing in some senses, he’s just grateful to be present and honoring the queen.” 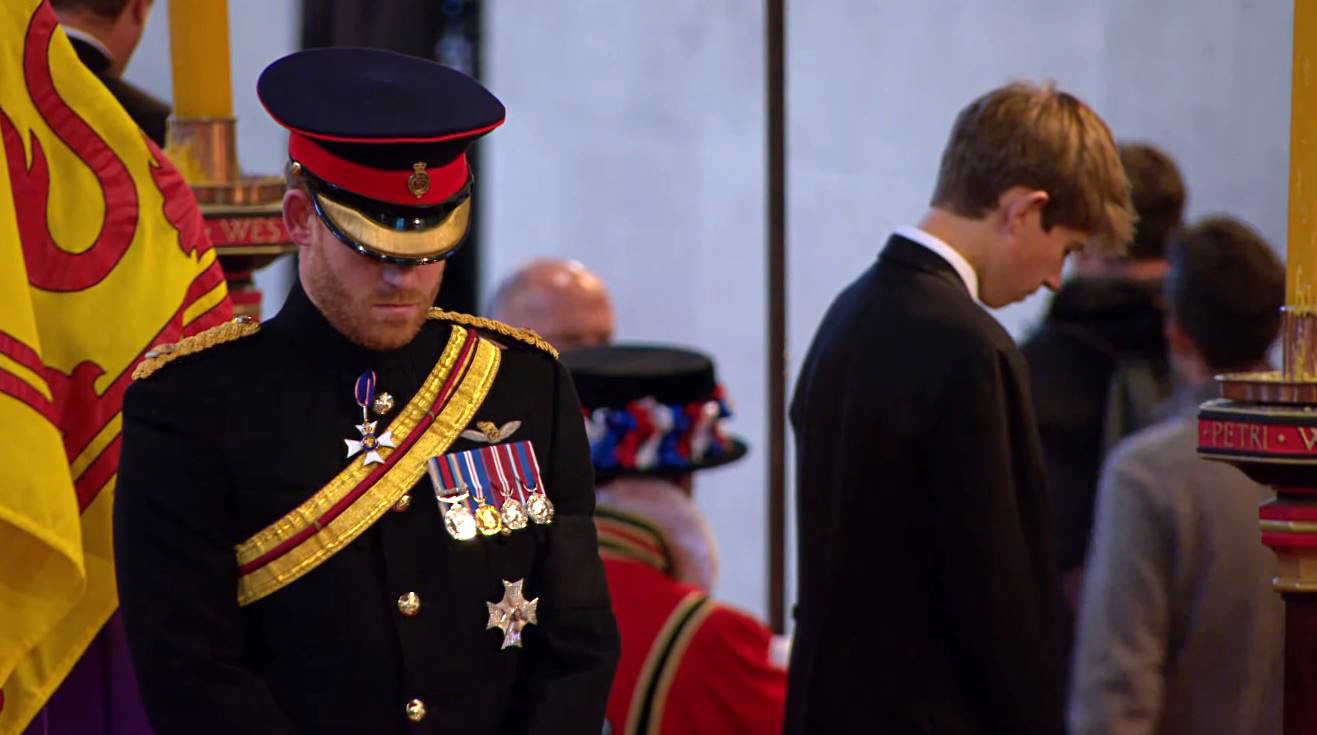 The insider added: “At the end of the day, it’s only a uniform.”

The duke’s uncle Prince Andrew — who was stripped of his military titles in April after being accused of sexual assault (the case was later dismissed) — was previously approved to wear his military garb at the Friday, September 16, vigil, which he held alongside his siblings King Charles III, Princess Anne and Prince Edward.

Elizabeth’s coffin has been lying in state at Westminster Hall since Wednesday, September 14. The public has been permitted to visit the heavily guarded casket 24 hours per day, with many — including David Beckham — waiting up to 13 hours in line in order to pay their final respects to the queen. 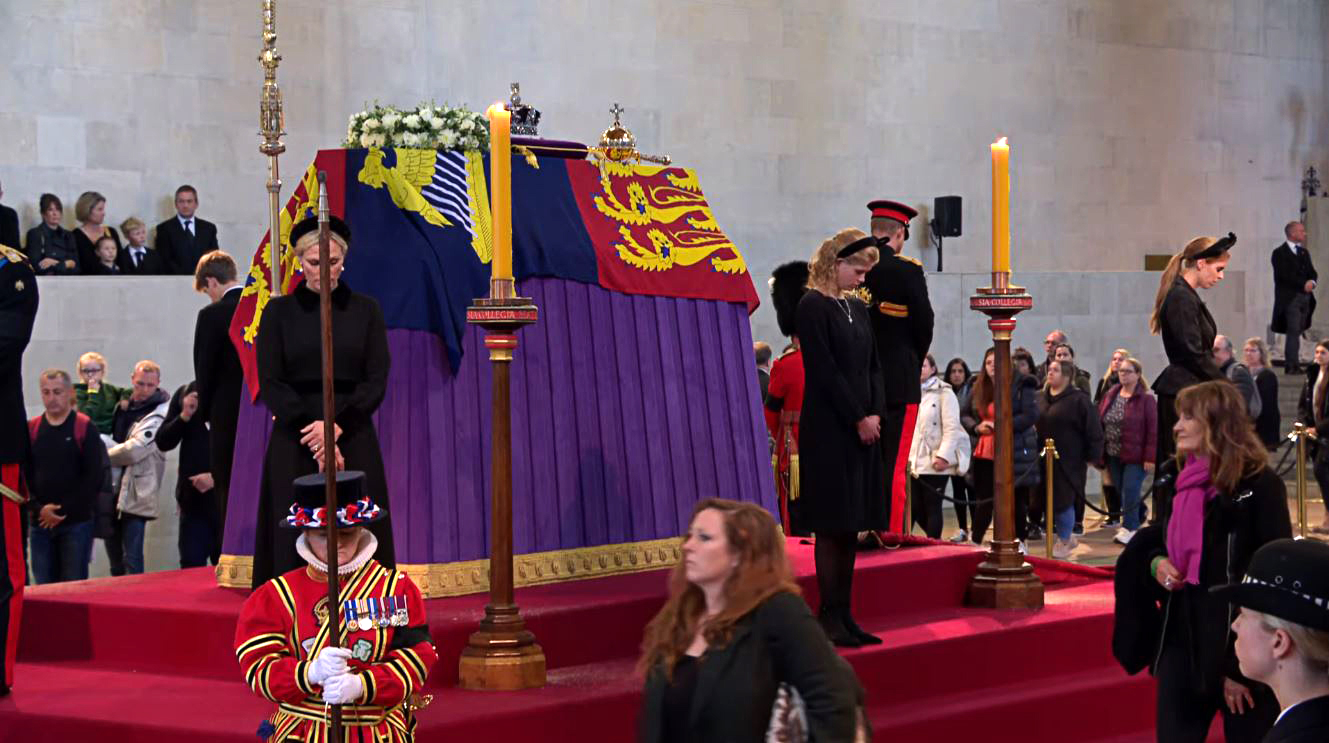 The late sovereign died on September 8 at age 96 while at Balmoral Castle in Scotland. Three days later, the ornately-decorated coffin began its week-long procession throughout Scotland and England.

The lying in state will conclude on the morning of Monday, September 19, when the casket will then begin its procession to St George’s Chapel at Windsor Castle, where Elizabeth will be buried alongside her late husband, Prince Philip, who died at age 99 in April 2021.

The queen was the longest-reigning monarch in British history, serving her country, the Commonwealth and its territories for 70 years before her death.