Why ‘RHOBH’ star Diana Jenkins is appearing at reunion virtually

A fan account called @MadBeefs grabbed screenshots of the tweets Monroe, 33, allegedly liked, including one that read, “Diana Jenkins is a horrible person inside and out and the only reason Asher was even on the show was to promote himself … I bet she even paid for it!”

Another negative tweet said, “Donating your money to charities is nice but it does not make you a good person,” perhaps referencing a recent $100,000 donation the “Real Housewives of Beverly Hills” star made to victims of the Lion Air Flight 610 crash.

A source exclusively insists to Page Six, however, that the singer-songwriter is not responsible for liking negative comments about his other half. 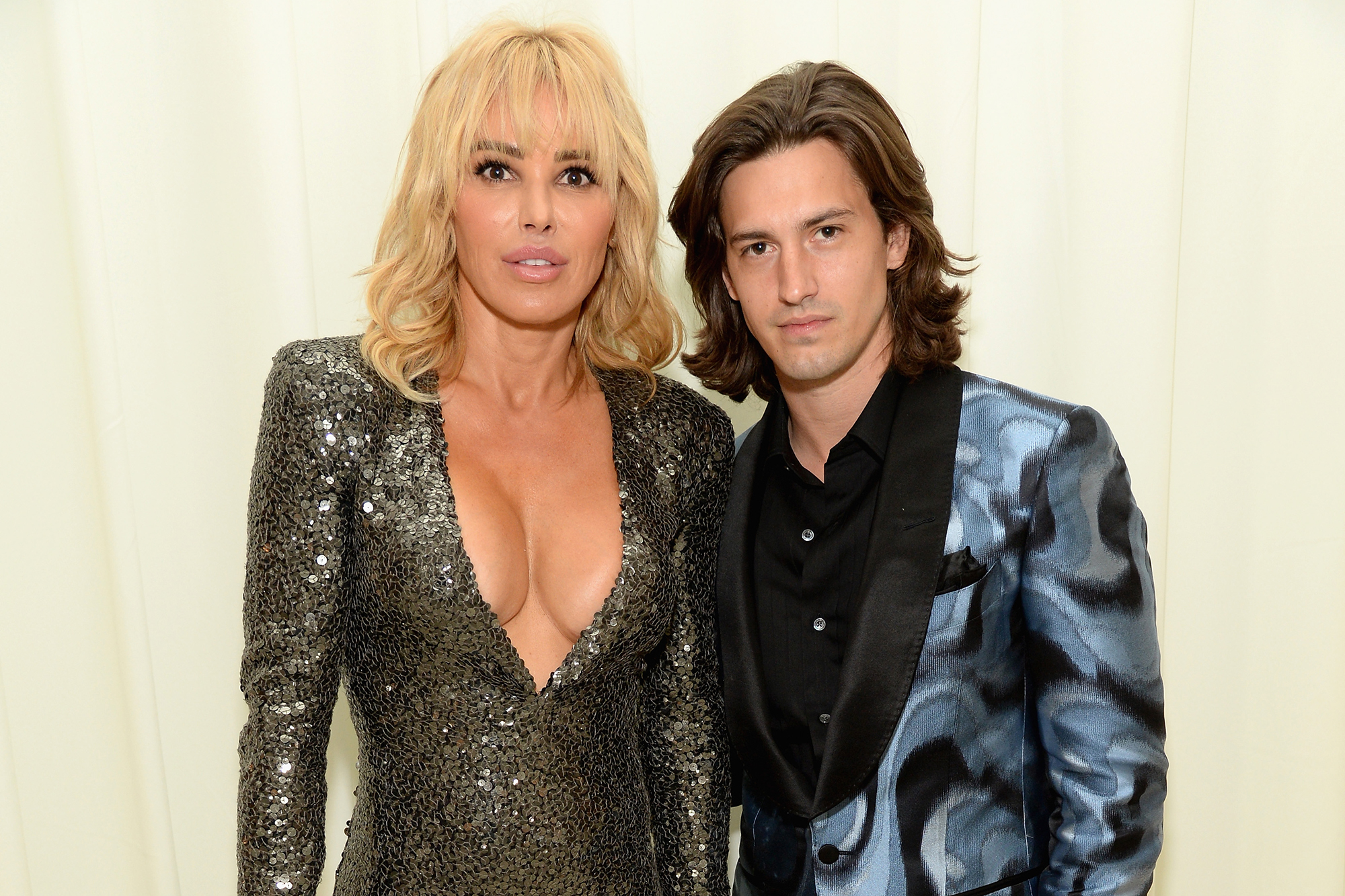 We’re told Monroe uses a social media manager who is based in London and “randomly” likes posts for him — although it is unclear why this staffer would approve of bad remarks about his boss’ loved one.

It is unknown whether the social media manager has been fired or reprimanded for their inappropriate actions. 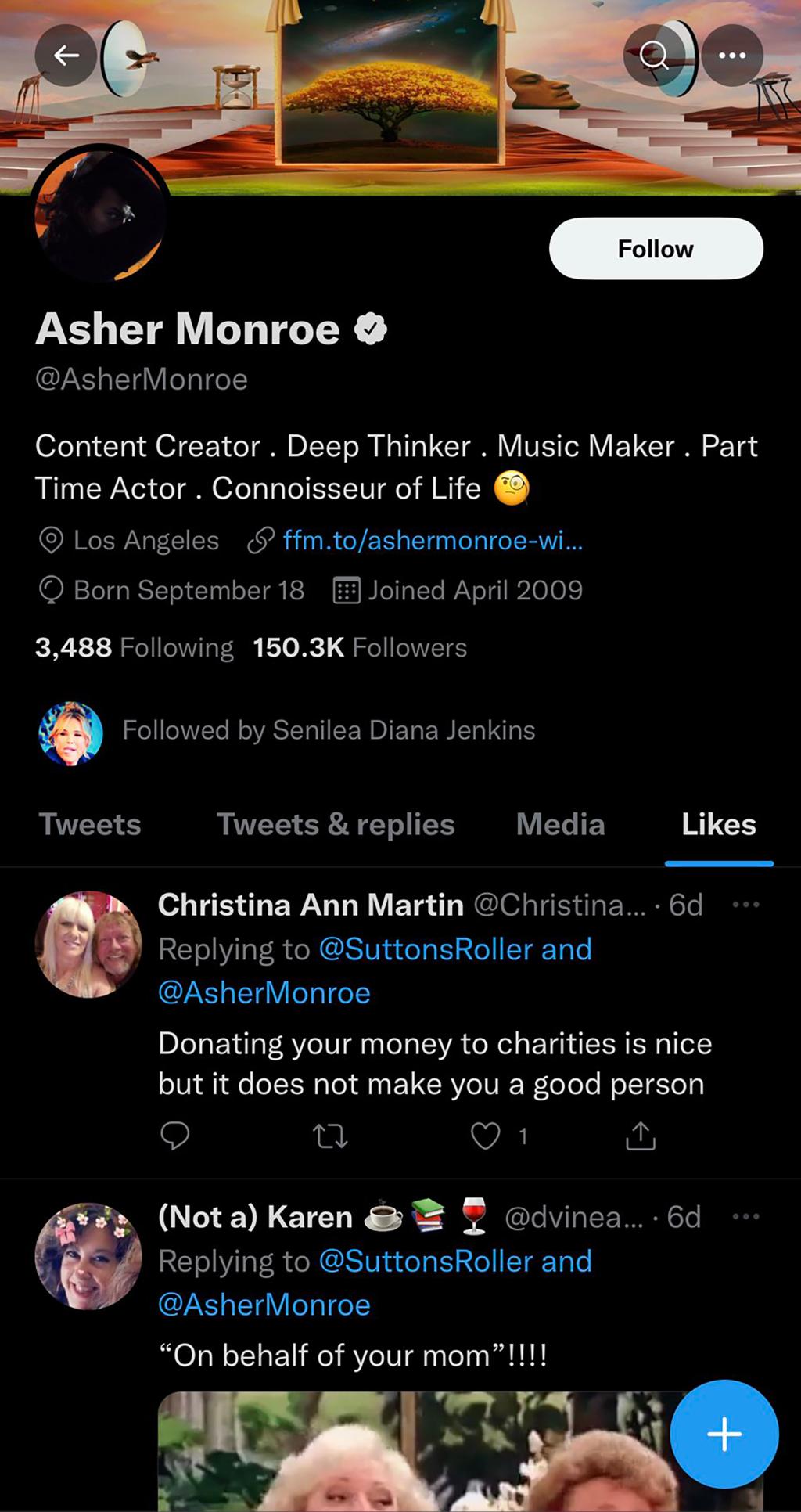 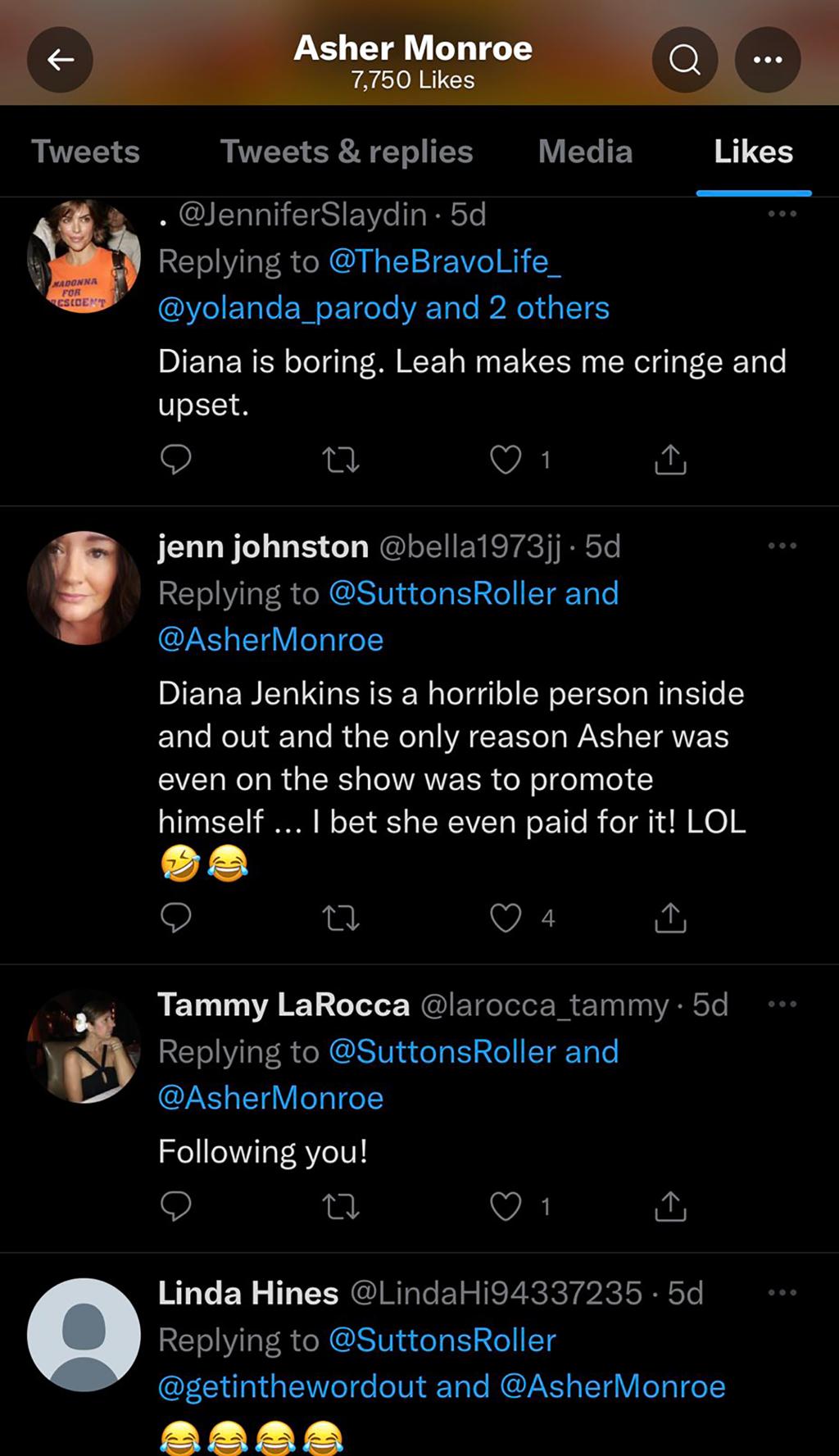