EMPTY shelves have been spotted at supermarkets again after shoppers have been warned about soaring food prices.

As supply chain problems continue to hit stores, Brits could see less essentials on the shelves and a hike in prices as the end of the year nears. 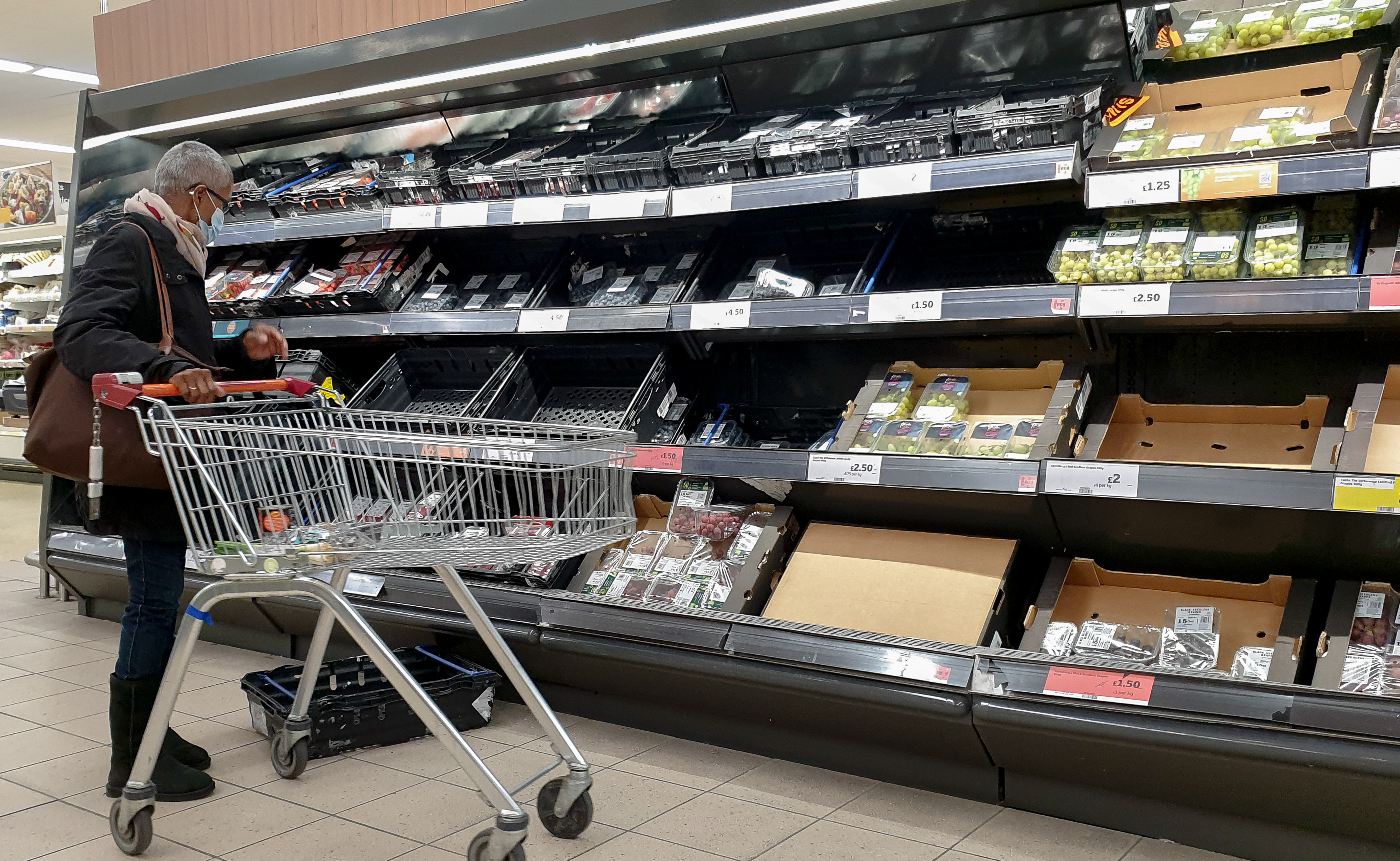 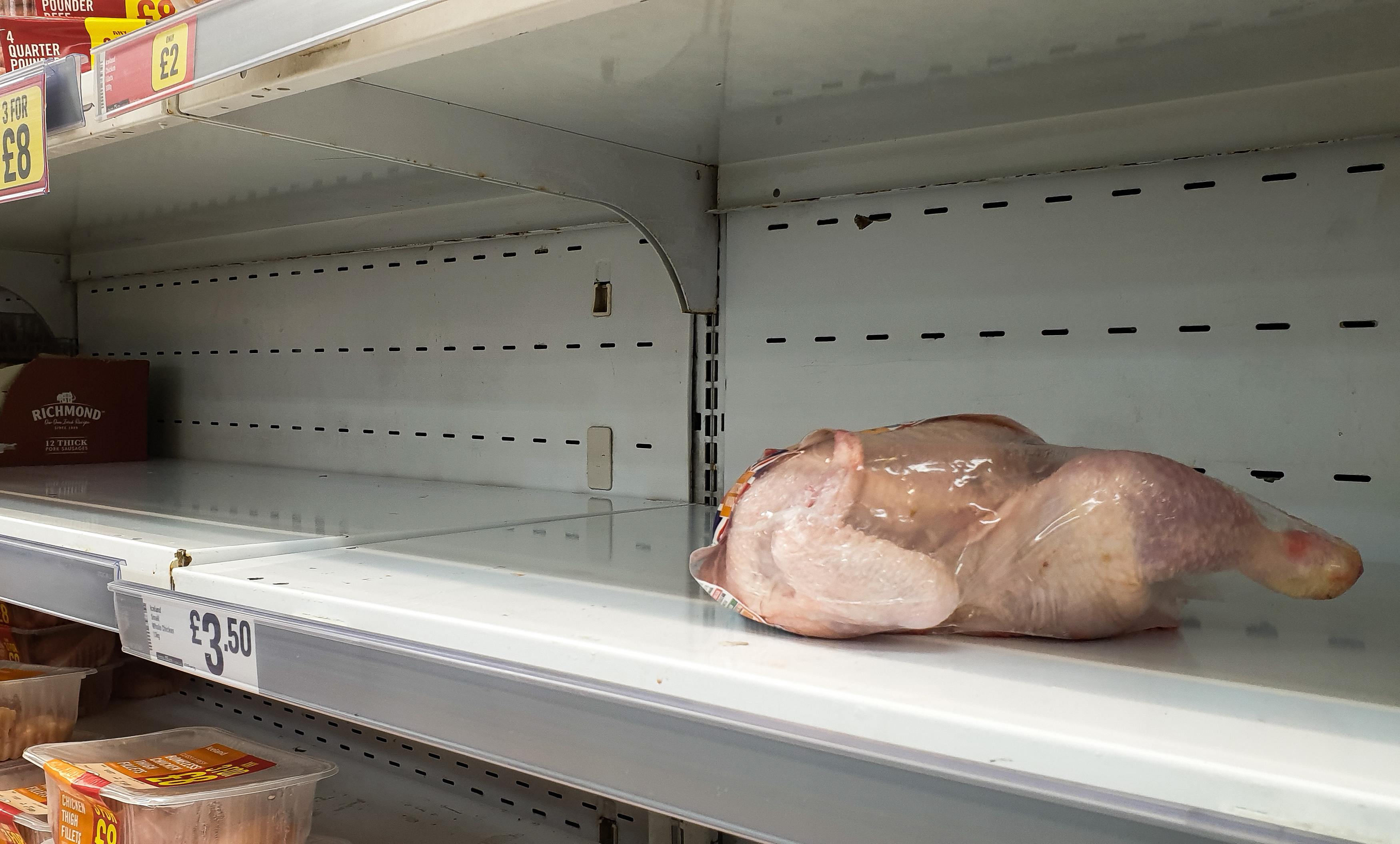 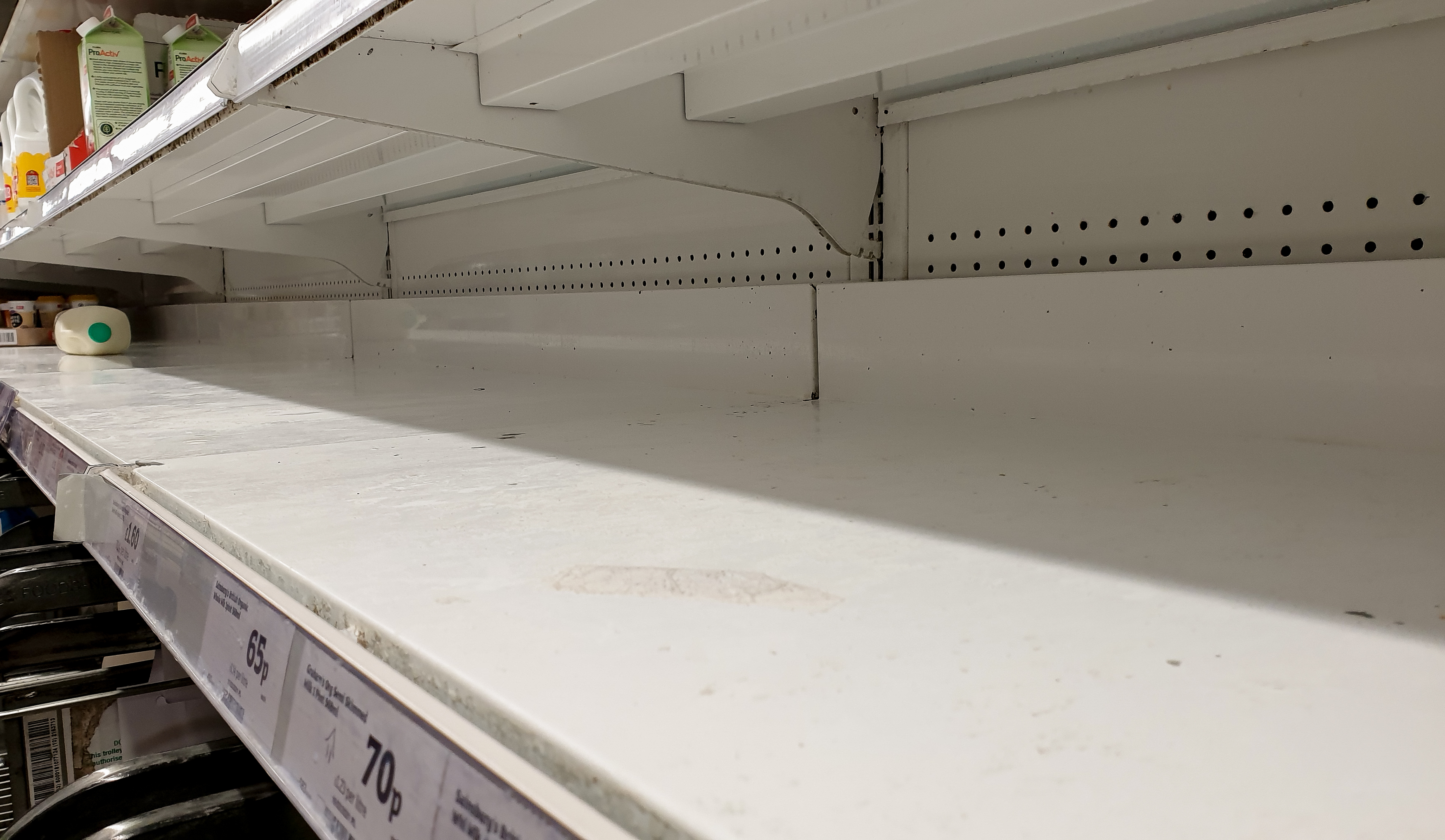 Latest figures showed that up to eight million Brits were unable to buy essential food items over the past two weeks between September 22 and October 3.

It's been sparked by shoppers panic buying essential goods, and a lack of delivery drivers meaning not enough deliveries are being made to keep supermarket shelves stocked.

Shoppers have spotted barely any essential supplies such as milk, meat and fruit and vegetables in some stores across the country.

It comes as Heinz's boss told customers to get used to higher prices, admitting that the company is increasing the cost of products including ketchup and baked beans.

While Morrisons has also warned the cost of goods will go up, and chancellor Rishi Sunak has warned shortages will hit families this Christmas.

Shoppers have already started to stock-pile festive goods, with sales of Christmas puddings up 45% and frozen turkeys jumping by 409%.

The rise in prices will also help to drive up the cost of inflation, experts have warned, meaning a Brits could have to stump up an extra £1,800 by the end of the year just to get by.

The Sun asked major supermarkets whether they had any supply issues, with shops including Tesco and Asda saying they had no restrictions on products in stores.

While a Sainsbury's spokesperson said that there were no plans to introduce limits, adding: "Our colleagues and suppliers are working hard to make sure customers can find everything they need when they shop with us.

"Availability in some product categories may vary but alternatives are available and stores continue to receive deliveries daily."

However, customers have taken to social media reporting that they have seen shortages they've spotted at their local stores.

One shopper from Yorkshire tweeted: "Hm. No sparkling water in @AldiUK or @sainsburys for three weeks now."

While another Sainsbury's customer claimed there were empty shelves in her local store in Essex.

And one shopper said he had "never seen the shelves so empty in Lidl" in his nearest shop.

Although some gaps have been spotted in some supermarkets, shortages of products are not consistent and are affecting supermarkets sporadically.

That means while there might be a lack of one product at one store, it might not be the same for another branch.

While food prices soar, we outline six ways to cut your grocery bill.

The cheapest supermarket to bag a basket of 22 essential items has been revealed.

Plus, shoppers are furious after supermarket Christmas delivery slots have been booked up already.