Facebook COO Sheryl Sandberg came to the defense of Amanda Kloots after the TV co-host was criticized for beginning to date again a year after her husband, Nick Cordero, had died due to complications from COVID-19.

During an interview with People on Tuesday, Sandberg explained how she had bonded recently with Kloots over losing their partners — Sandberg’s husband died in 2015 from arrhythmia – which made them both members of an undesirable “club.” 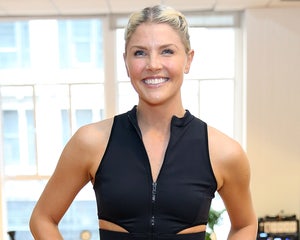 Amanda Kloots Fires Back After Troll Calls Out Her Dating Life

“We are in a club, and it is a terrible club to be in,” she explained. “One of the things that I think is part of it for all of us, is that we feel like we’re going to be alone forever. When you get married, when you make a commitment to a partner, you look out into the future and you think you’re going to be with that person. And then when that person is taken from you, whether it’s long and slow or suddenly, that fear goes on.”

“I remember the topic of dating is very hard,” Sandberg continued. “We need encouragement. And it won’t shock you to know that we judge women more harshly for dating after death than we judge men.”

Case in point: when Kloots announced last week she was starting to date, a troll commented, “Dating already wow that was fast.”

Without missing a beat, however, Kloots took to her Instagram Story to share a screenshot of the snarky remark, adding, “How dare you judge anyone especially someone going through this process.”

“I will address this soon guys I promise,” she continued. “There’s too much to say and too much that widows deal with to not talk about it. Until then I will call out anyone who is rude enough to comment like this.”

Last February, Sandberg got engaged to Tom Bernthal, who was introduced to Sandberg by her late husband’s brother.