Florida authorities investigating an alleged hack into the state’s emergency response system raided the home Monday of a woman fired earlier this year from her job as COVID-19 data curator. Florida Department of Law Enforcement said that Rebekah Jones, who was fired for unauthorized public comments about the data in May, has been under investigation since early November when someone illegally accessed the state’s emergency alert health system.

Jones tweeted video of the officers entering her home, claiming Republican Gov. Ron DeSantis  “sent the gestapo” to silence her.

They took my phone and the computer I use every day to post the case numbers in Florida, and school cases for the entire country.

They took evidence of corruption at the state level.

They claimed it was about a security breach.

He sent the gestapo.

Jones was fired from her post in May after she raised questions about Florida’s COVID-19 data. She had been reprimanded several times and was ultimately fired for violating Health Department policy by making public remarks about the information, state records show.

Since her firing, she has lit up social media with posts criticizing DeSantis and his state agencies. For months, she has tried to promote herself as a victim who was fired for telling the truth, although there is no evidence that supports her claims.

Early in the pandemic, Jones wrote blog posts and reached out to media outlets and researchers sowing doubt about the credibility of the data now that she is no longer in that role. She said Health Department managers urged her to manipulate information to paint a rosier picture and that she pushed back. The data was crucial as the governor was trying to make highly controversial decisions on whether to reopen Florida’s economy

State health officials strenuously deny any issue with the information’s accuracy. The office of Gov. Ron DeSantis declined comment Monday night, but the Republican governor has previously said Jones had a pattern of “insubordination” and should have been fired sooner.

“This is what happens to scientists who do their job honestly,” Jones tweeted on Monday.

Agents served the search warrant on her Tallahassee home after receiving a complaint from the Department of Health regarding unauthorized access to its emergency alert system, according to a statement from FDLE.

“Agents believe someone at the residence on Centerville Court illegally accessed the system,” spokeswoman Gretl Plessinger said in a statement.

Jones initially refused to answer the door for 20 minutes and hung up when agents called her, according to FDLE.

According to video footage Jones posted of the incident, multiple officers who entered Jones’ home had their guns drawn. One pointed his gun up the stairs as authorities urged Jones to call her husband and children downstairs. The officer then lowered his weapon after Jones yelled, “Do not point that gun at my children!” 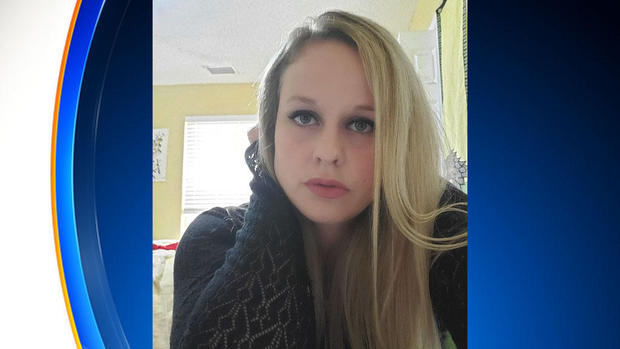 It is unclear whether authorities pointed weapons at anyone in Jones’ home.

In an interview with CNN on Monday night, Jones denied entered the FDOH’s system.

“On my phone is every communication I’ve ever had with someone who works at the state, who has come to me in confidence and told me things that could get them fired,” she said. ” I haven’t had access to any system at DOH for over six months.”

“The actions of Florida law enforcement captured on my client’s video depicts unnecessarily reckless and aggressive behavior in the execution of a search warrant for computers. Our client was fully cooperative yet had guns pointed at her and her family. We are concerned that these actions may be retaliation in response to her whistleblower claim against the Department of Health and her criticism of the Governor’s COVID 19 response.”