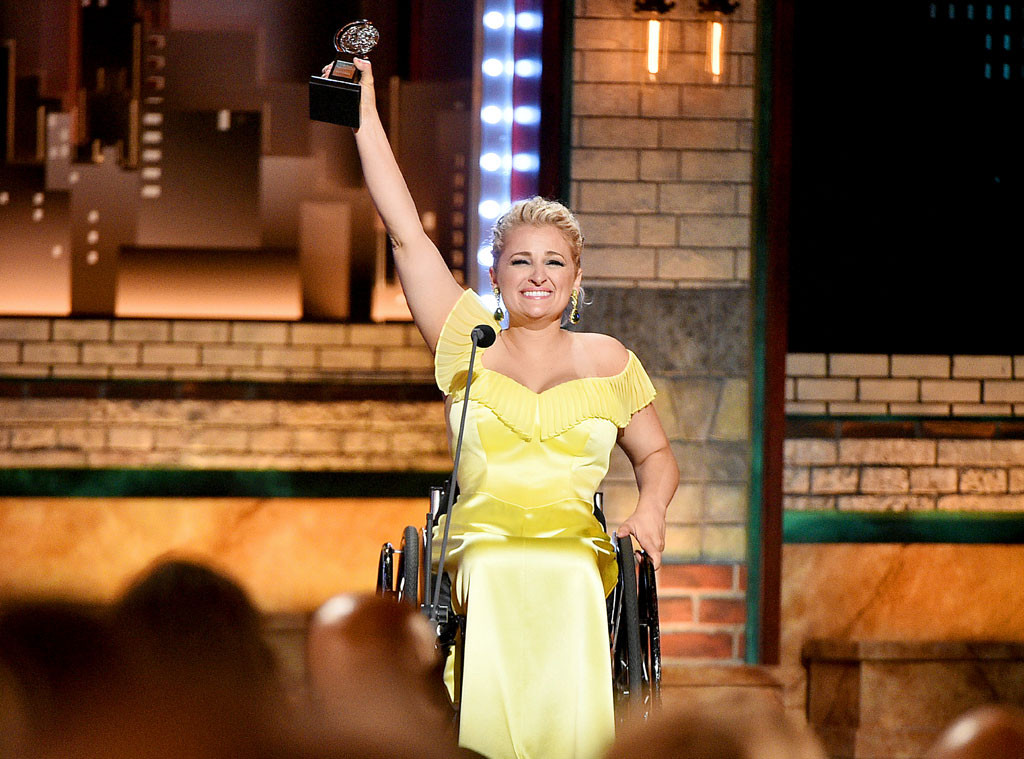 Congratulations are in order for Ali Stroker!

The 31-year-old Broadway star made history at Sunday night’s Tony Awards when she took home the trophy for Best Performance by an Actress in a Featured Role in a Musical for her portrayal of Ado Annie in Rodgers & Hammerstein’s Oklahoma!.

The Glee alumna became the first person who uses a wheelchair to be nominated for and win a Tony Award.

During her acceptance speech, the actress dedicated her award to children with disabilities.

“This award is for every kid who is watching tonight who has a disability, who has a limitation or a challenge, who has been waiting to see themselves represented in this arena,” she said from the Radio City Music Hall stage in New York. “You are.”

The win came shortly after Stroker performed a rendition of her musical number “I Cain’t Say No,” as well as “Oklahoma!” with the rest of her cast. It was certainly a big night for the entire show team. The production also won Best Revival of a Musical.

According to The Los Angeles Times, Stroker was left paralyzed from the chest down after a car accident at the age of 2. She made her Broadway debut in 2015, when she played Anna in Spring Awakening. Per the news outlet, this marked the first time a person who uses a wheelchair had performed in a Broadway production.