Heidi Klum claims she can stop herself from sweating: ‘That’s my talent’

Heidi Klum is all laced up in sexy new Dundas campaign

Heidi Klum is bringing the heat.

The “America’s Got Talent” judge posted a steamy photo on her Instagram on Thursday, posing by a window in nothing but a tiny red bikini bottom.

Though Klum restricted comments on the pic, she showed off the thong bottoms (and some side boob) with a shot from behind.

And the star isn’t the only one soaking up some sun in the buff; she declared a “hot girl summer” on a pic of husband Tom Kaulitz getting some rays with nothing but a towel covering his privates.

Though temperatures are soaring, the “America’s Top Model: Germany” host has a secret defense: She recently revealed she can stop herself from sweating. 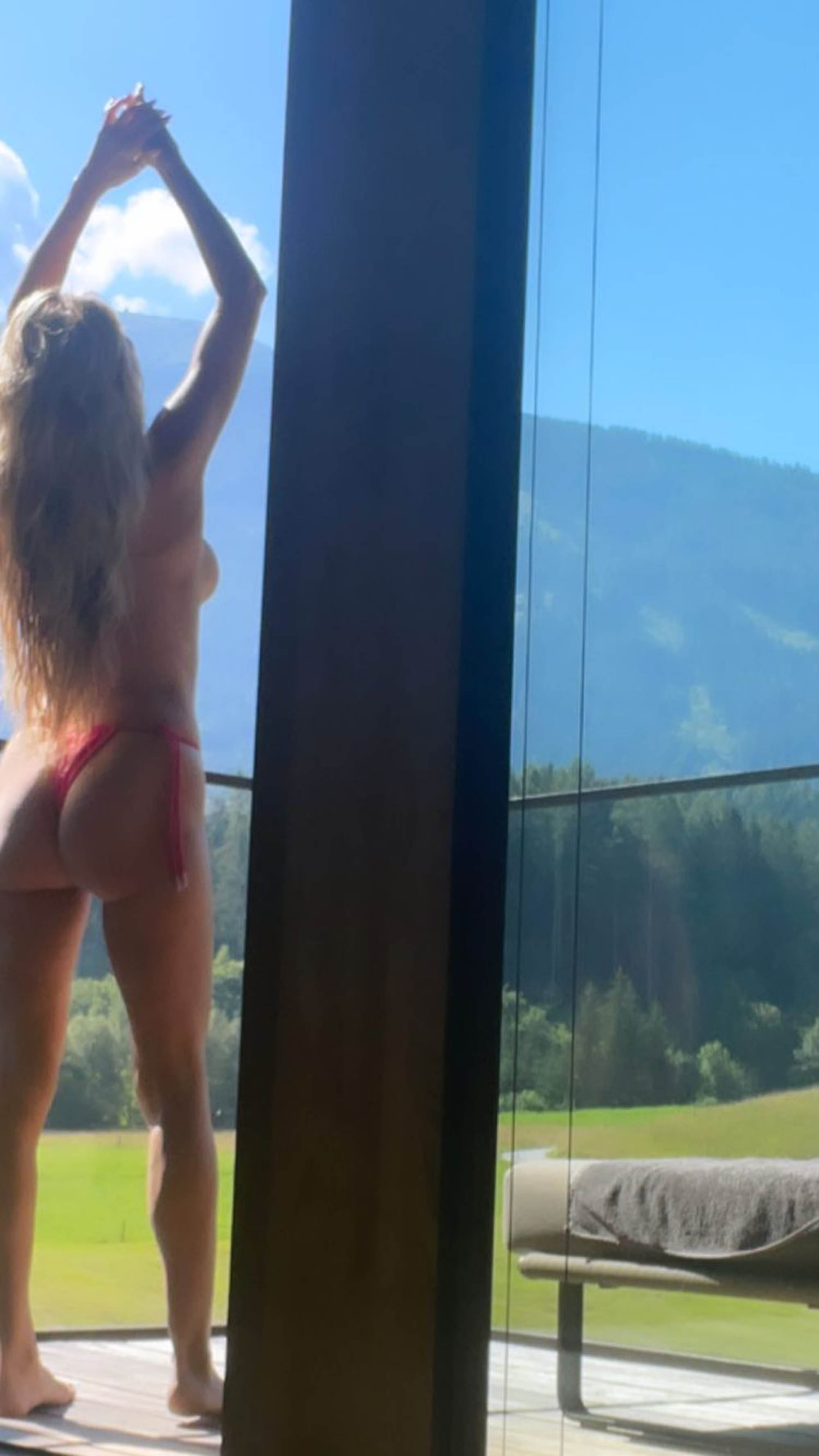 “They come all the time and they will put that powder puff in your face 24/7,” she told Jimmy Kimmel, referring to makeup artists keeping her face shine-free for the cameras. “So I’m like: Don’t sweat in the face. I just tell myself not to sweat in the face!”

However, Klum said she can only use her powers above the neck. 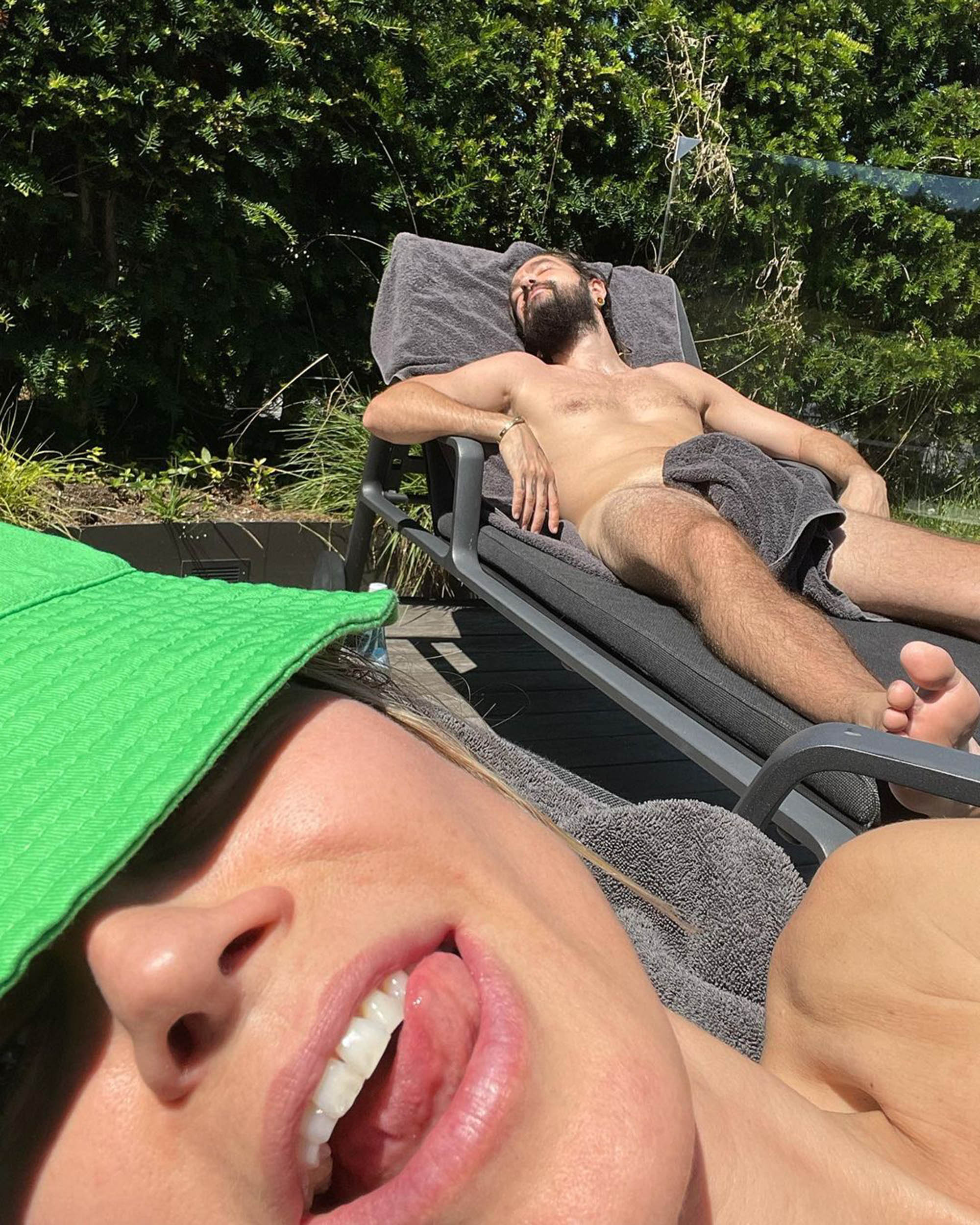 “I sweat everywhere where you don’t see it,” she joked, gesturing at her underarms. “That’s my talent. It’s hidden, because I don’t show it.”

The famous blonde certainly makes others sweat with her sexy snaps — plus, she recently got all laced up for a scintillating Peter Dundas ad campaign, modeling strappy dresses and tiny bikinis.

Lucky for fans, she’s beating the heat in as little clothing as possible — unlike Kim Kardashian, who’s braving New York City’s heat wave all covered up in a pseudo-sauna suit. 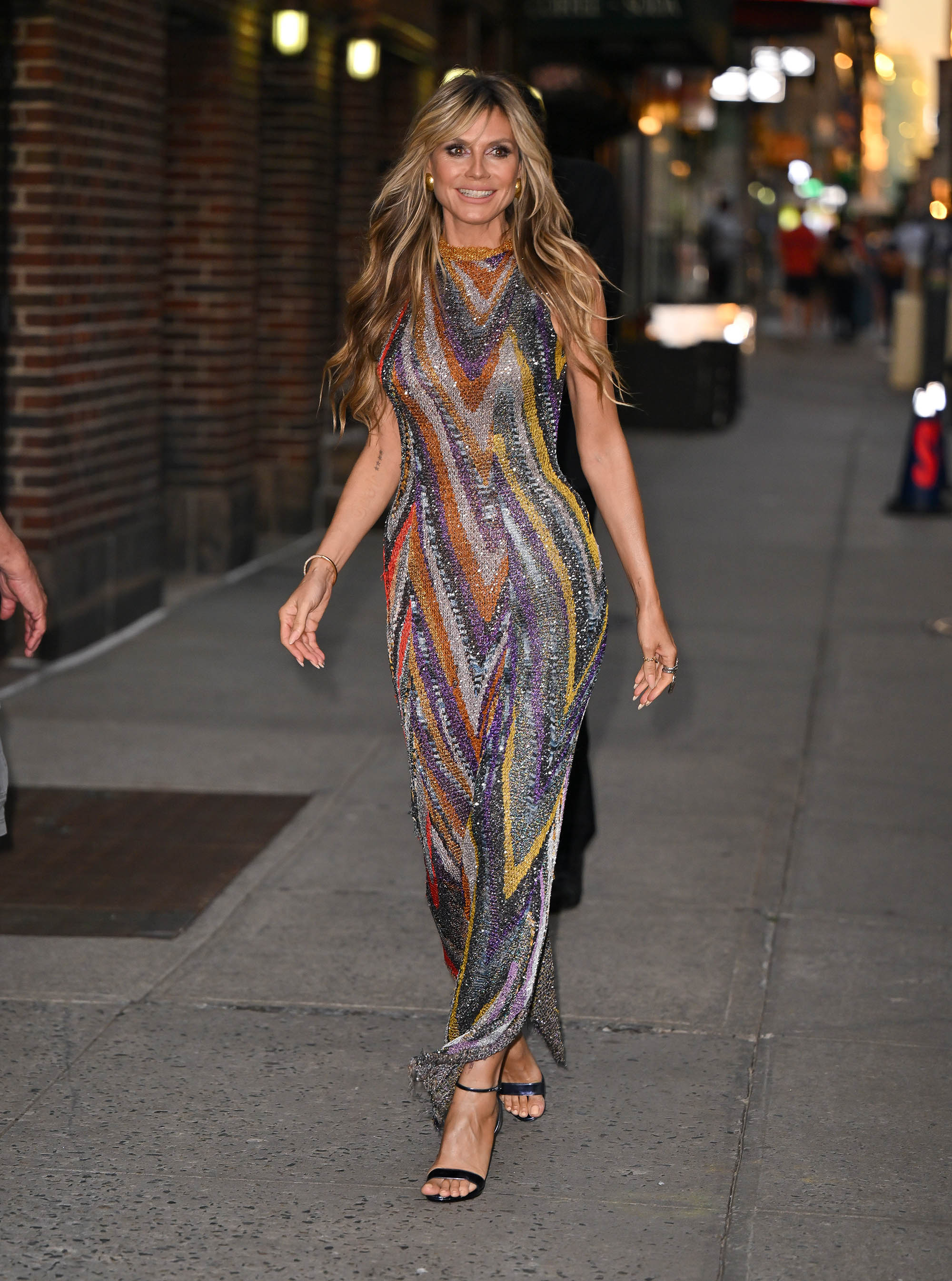