It was the look that put the va-va-voom into velour. After years in the fashion wilderness… Is the return of Juicy Couture’s tracksuit a triumph… or still the last word in naff?

I am walking through the genteel town of Henley, Oxfordshire, wearing a purple velour tracksuit from Juicy Couture.

Posh old ladies are looking at me with disdain. Two men in a white van unashamedly stare at the word ‘juicy’ emblazoned across my bottom. I swear a shop assistant sniggers. My teenage daughter is doing everything she can to disassociate herself from me.

It’s a very different look to the ubiquitous athleisure worn by the other fortysomething mothers in the vicinity. They are all sporting unobtrusive, sleek Lycra in flattering dark colours.

I bump into some friends who appraise my outfit. ‘It’s a hard no from me,’ says the first, through fits of laughter. The other simply raises her eyebrows in horror, lost for words. 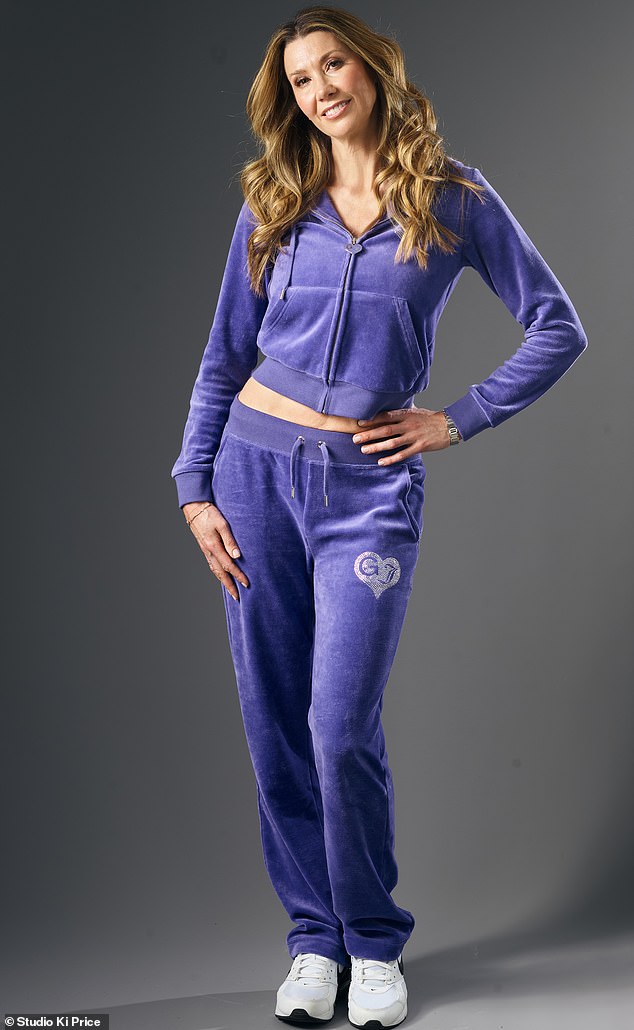 This tracksuit, I explain to them, is a collaboration between early2000s mega-brand Juicy Couture and Ganni, the cool Scandi label favoured by the fashion crowd, including models Rosie HuntingtonWhiteley and the Hadid sisters. I tell them Ganni has brought Juicy Couture into 2022 — making the sizing inclusive and the fabrics sustainable.

At this reveal, I see a flash of recognition in my friends’ eyes. They are thinking, ‘If Ganni has sanctioned Juicy, then maybe there is something in it?’

For my 15-year-old daughter, there is no question it’s covetable. The moment the tracksuit arrived, she wrestled it from me, threw it on and looked instantly and effortlessly cool. It worked because her insouciance, youth and beauty counter the ‘Barbie’ vibe.

And on me? Well, we will get to that later…

For now, let’s discuss the fact the Noughties are back in fashion, on the catwalks and on social media. The decade that, to many people, style forgot is now feted by designers and sported in the coolest clubs.

Right now, thousands of young people are in their bedrooms scouring the internet for original pieces from that era. Think slip dresses, kitten heels, handkerchief tops and bumster jeans. 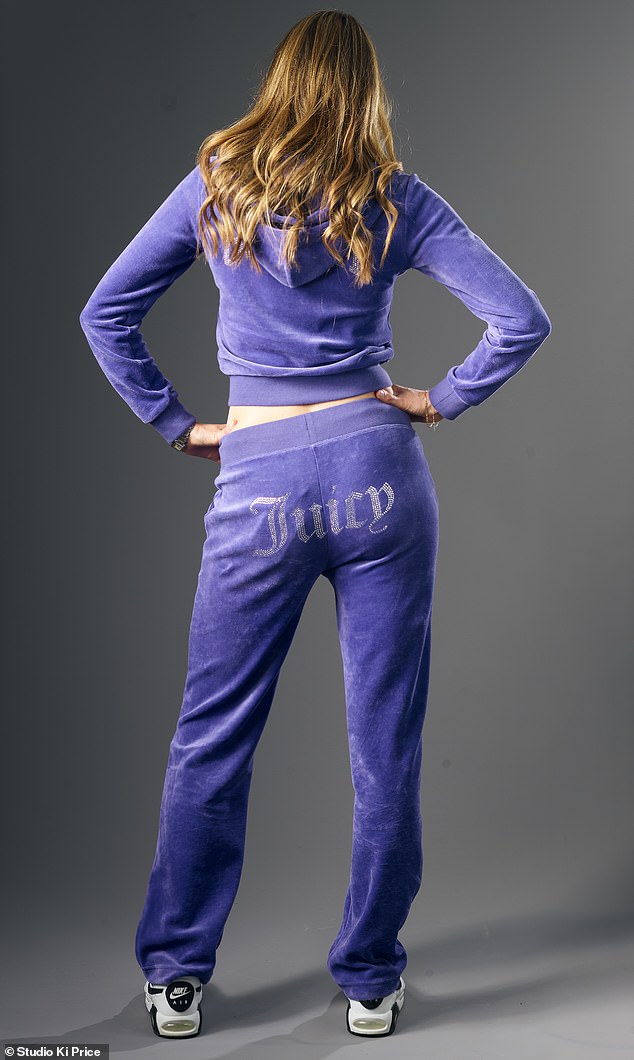 Rosie says that she is loving the fact that noughties are back, on the catwalks and on social media

I’m not going to lie, I’m loving it. I adored the fashion of that decade. Back then, I was beauty director of Elle magazine, styling some of the world’s most famous faces (Britney Spears, Cameron Diaz, Sarah Jessica Parker) and with access to all the most fabulous clothes of the era.

I wore low-slung jeans (mybottom was basically on display for a decade). I wore that green Versace dress — the one J-Lo made mega famous. I favoured labels such as Chloe, Marni and Joseph — from sample sales, mind, I was on a meagre fashion mag salary.

I did not, however, wear Juicy Couture. The brand was created in Los Angeles in 1997 by Pamela Skaist-Levy and Gela Nash (fun fact: she’s now married to Duran Duran’s John Taylor).

Soon, it was beloved of Paris Hilton, Britney, J-Lo and co and was making more than £450million in sales. The clothes weren’t cheap — tracksuits retailed at about £120, and that was 20 years ago. 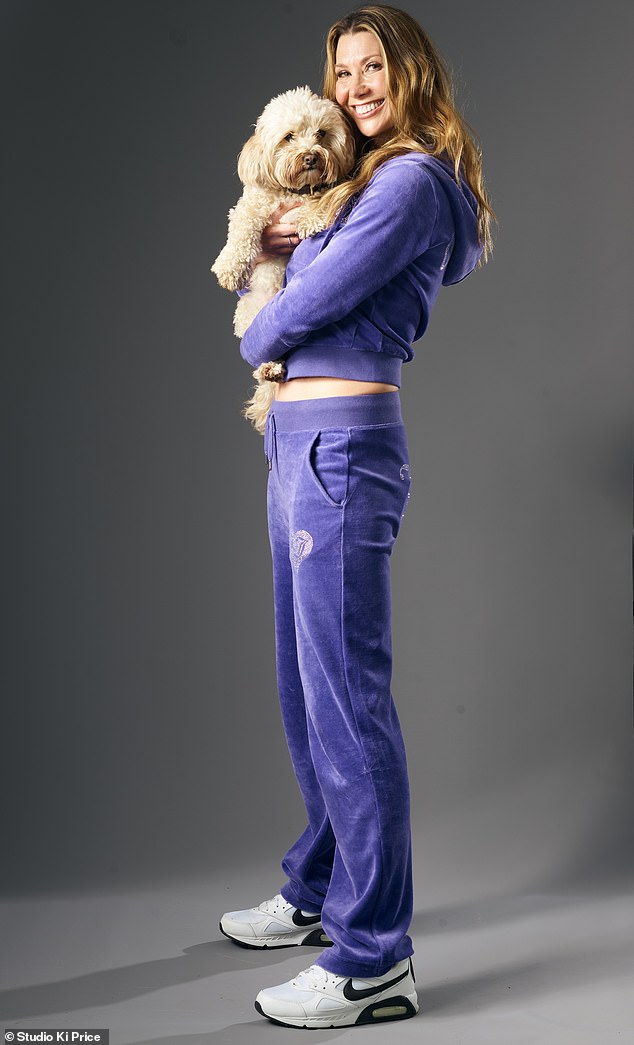 However, Rosie that she didn’t get much positive feedback on her outfit from family, friends or the wider public

Eva Longoria wore them on hit TV series Desperate Housewives as well as in real life. It was the archetypal LA look — one Elle colleague interviewed Eva at the Chateau Marmont on Sunset Boulevard and she was resplendent in burgundy Juicy Couture.

But despite their success, the style crowd rebuffed it. Certainly we did here in London.

We were snobbish about Juicy. We thought the LA look was a bit, well, naff. You wouldn’t catch Kate Moss in Juicy Couture and Kate Moss was the icon.

No, we were all about McQueen, McCartney and Tom Ford. Sleek, strict lines and moody colours. We were channelling French Vogue editor Carine Roitfeld in spike heels and pencil skirts.

The front row might be wearing trainers now, but back then, that was career suicide.

Nobody on a fashion magazine would have entertained turning up to the office in head-to-toe velour. Let alone teaming it with Uggs. (The then-ubiquitous furry boots were, in fact, banned by our editor along with cooking smelly ready meals in the office kitchen microwave.) 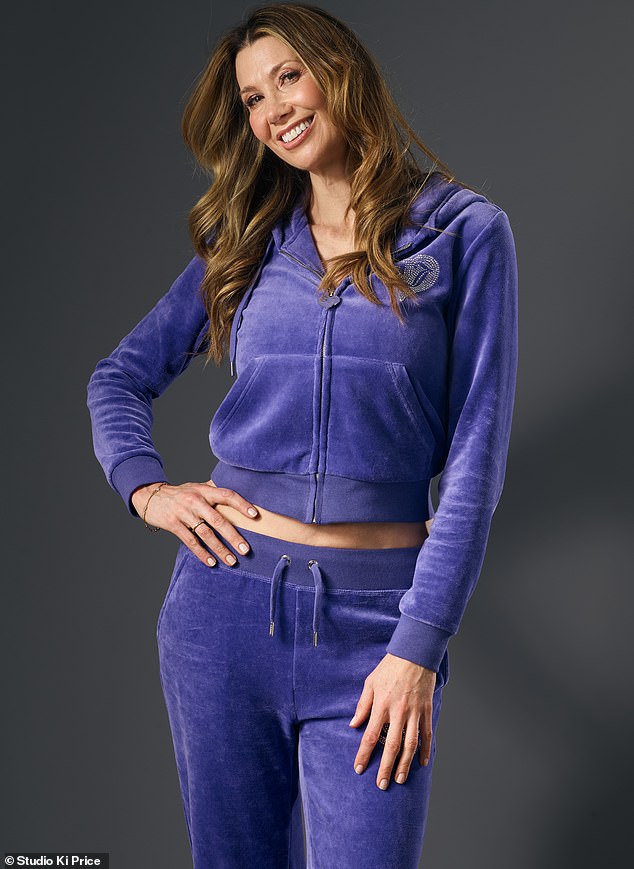 What’s more, the king of fashion did not approve of tracksuits — ‘Sweatpants are a sign of defeat,’ decreed designer Karl Lagerfeld.

But like the best films that are panned by the critics but make millions, Juicy Couture went global and spawned a million rip-offs. It became the uniform of Wags and reality stars, enjoying incredible success until it reached saturation point and burnt out.

By 2014, Juicy Couture stores had closed their doors and the clothes ended up in the discount bin. It had become fashion Kryptonite. The end. Or was it?

Now, thanks to the Noughties revival, Juicy Couture is back. And this time around, I’m sorely tempted. The truth is, as soon as I saw the Juicy x Ganni collaboration, I knew it was an itch that needed to be scratched.

Perhaps it’s nostalgia. Maybe it’s feeling bored by all the sleek lines in fashion — the muted colours and the playing it safe. But I’m feeling I want to shake things up a bit. And if that means wearing purple velour and shocking the elderly ladies of Henley, then so be it.

Plus post-pandemic, I’m all about dressing for comfort and laid-back luxury. And a £300-plus tracksuit is definitely that. Oh, and it’s fun. There’s something intriguing and joyful about a cool brand linking up with a berated one. See also the current collaborations between Manolo Blahnik and Birkenstock, or Balenciaga and Crocs. 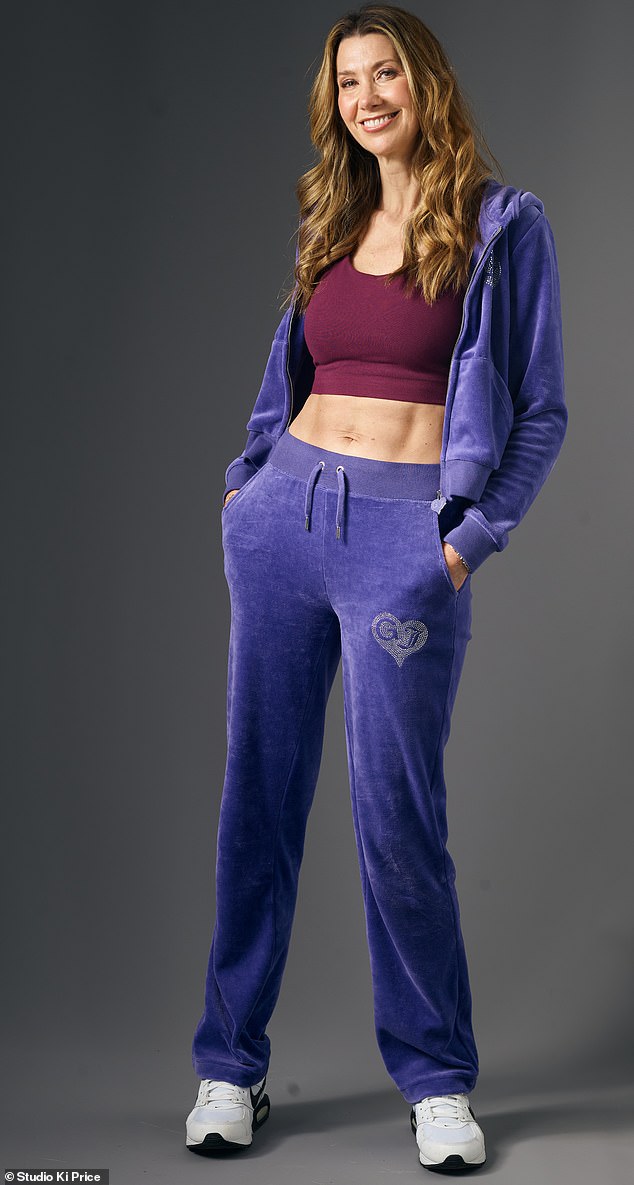 By 2014, Juicy Couture stores had closed their doors and the clothes ended up in the discount bin

The first thing that happens when I try the tracksuit on is that I’m transported back to my worst VPL (visible panty line) days. Because believe me, that velour is unforgiving. So then I need to dig out another early-2000s fashion item I thought I had put to rest for eternity — the thong.

The second thing I realise is that a Juicy Couture x Ganni tracksuit is a hard look to pull off for a real person (that is, anyone without Hadid as their surname). You know, someone with hips and a BMI above 20. That fabric adds pounds, as does the lurid colour.

Then there’s the shoe issue. I could wear slides — but I don’t have any and it’s only 15 degrees outside. My trusty Veja trainers just don’t look right, so I opt for some white Nike Airs.

When I finally make it downstairs, I oscillate between feeling like Katie Price (the Jordan years) and a super-cool style disrupter.

As my daughter scoffs, I loftily inform her she’s just uncomfortable seeing me in a new look. I tell her that every time we move on sartorially, it is a challenge and it can be unsettling. When I first wore skinny jeans, I remember my friends recoiling in horror. Ditto mohair jumpers. She rolls her eyes.

The truth is I don’t get much positive feedback from my outfit from family, friends or the wider public. And because it’s a serious investment — £155 for the trousers, £175 for the hoodie — I’m starting to feel slightly sick that I’ve made a serious mistake.

But I reason I will wear them separately. The bottoms with a vest in high summer. The hoodie with jeans. And they will be ‘shared’ by me and the teen. Which we all know means she will have primary custody of them — and look next-level fabulous.