Home » Lifestyle » It’s the end of the world, but not as Jay Baruchel knew it

It’s the end of the world, but not as Jay Baruchel knew it

Jay Baruchel is the star of blockbusters such as Tropic Thunder, This is the End and the How to Train Your Dragon series. In his new show, We’re All Gonna Die, he explores the various existential threats looming over the human race.

The end of the world: looking forward to it?
I mean … you know, I think it’s an academic point, cos I think I’ll probably be long gone by the time that happens, but I can’t say I am! You know, as much of a piece of shit as this place is, there’s also a lot of good stuff, and yeah, I’d miss a lot. 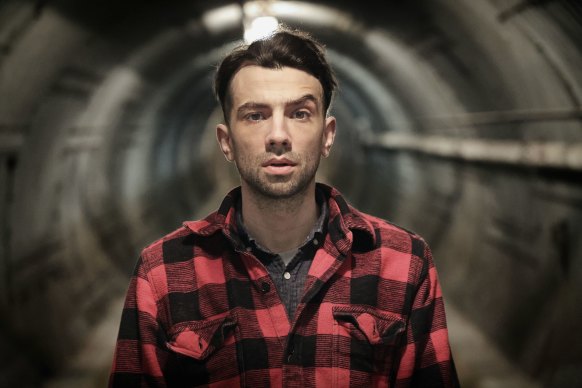 In the show you give the impression you’ve spent a lot of time thinking about the end of the world – or perhaps more accurately, the end of humanity. How much do you really worry about it?
I think I think about it … I don’t know how much I worry about it. Because it’s something that I can kind of help and do my bit with, I suppose, but at the end of the day there’s not a tonne of responsibility necessarily resting on my decisions. Although I say that, and of course if everyone thinks like that then we’re just kind of drowning in recyclable materials, I suppose. But I think about my mortality a great deal, certainly, and I think that my thoughts about us as a species stem probably from that.

It’s probably unfair to say this, but I feel people may have the impression from watching you in movies that you are a somewhat anxious person. That’s probably pretty annoying for you to hear, given that is based on you having pretended to be a variety of people and I don’t know you at all.
It’s very kind of you to describe it as a “variety”: I think many people might not, so I appreciate that. Yeah, it’s not unfair at all. I think there’s a reason I ended up getting some of those gigs, and probably it is due in no small part to the fact that I’ve been in therapy and on medication for anxiety since I was, like, 24, and I’m 40 now.

In general, though, is it annoying to be a well-known actor and find that complete strangers feel like they know you?
(Laughs) It depends, I think, who the strangers are. And the context of that shit. Like, I don’t know … it can be at the very least annoying having people sort of fill in blanks based on shit you did in a movie that someone else wrote. But at the same time, for whatever reason or combination of reasons, my thing has been that a lot of people feel like they know me for better or worse. So I get a lot of random people coming up to me and using my first name and being kinda psyched to see me like I’ve met them before. That bit’s nice! That kind of means that they’ve taken some degree of ownership in what I do, or at the very least I don’t seem like a huge f—ing arsehole, and I’m someone they might like to grab a bite with. I’m not saying, “Hey, let’s grab a bite”, I’m just saying it’s nice when someone comes up and says, “Hey Jay, I dig your shit”. As opposed to like, “Hey f—head, get off the TV”.

In We’re All Gonna Die, you’re not acting, you’re yourself. After so many years spent not being yourself on camera, is it hard to now be yourself?
Only when somebody tells me to do something again, or that the way I did it wasn’t suiting the narrative of the episode or something. No, the harder part is watching myself, cos if I’m playing some version of somebody else, anything I don’t care for I have an easy kind of scapegoat for: it’s someone else’s creative decisions. When it’s me, then I’m just like, “Well, no one told me to cut my hair like that, no one told me not to put a bit more effort into how I look”. In fairness, we all looked pretty crazy at some point in the last three years. But yeah, not terribly … I’ve done weirder shit.

What you learnt from the show about the human race’s chances of survival, was it reassuring or are you more scared than ever before?
I don’t wanna say that it’s just a new status quo … because there were some things that cancelled each other out. Like there was new shit for me to be scared of, but also some of the things that I was scared of I am less scared of than I was before. And, you know, I don’t know that we will ever go away completely. I just say that not as some sort of futurist or expert, just based on chatting with futurists or experts. I think we’ll always be here to some degree, so that was kind of nice and reassuring, even if it’s in an increasingly less likeable and hospitable planet. But then there’s shit I didn’t know I should be scared of that I am now, like are we in a simulation? And also just knowing there’s this big crazy blind spot where we can’t aim a telescope, so if there are any city-killer asteroids in that blind spot … we won’t have a tonne of time. I went to bed fine my whole life without knowing that.