Kim K. Claps Back at Accusations She Faked Eating in New Ad Campaign

Shutting it down. Kim Kardashian is here to prove the haters wrong after social media users claimed that she was “fake eating” during her new Beyond Meat ad campaign.

The Skims founder, 41, shared the plant-based food company’s commercial via Instagram on Tuesday, May 24, in which she can be seen enjoying a variety of dishes. However, the Kardashians star — who is the company’s chief taste consultant — was never actually filmed biting into the food before chewing it, prompting fans to criticize the Selfish author for what they felt was her pretending to eat some of the Beyond Meat items.

Now, the KKW Beauty founder has clapped back at the claims in a new video posted via her Instagram Stories on Tuesday, May 31. The clip, which was also shared on Beyond Meat’s official social media page, is a blooper reel with several outtakes that show the California native is clearly putting food in her mouth.

While Kardashian does get rid of some sandwich bun to “cut carbs” at one point, other outtakes showcase her taking large bites of various products.

The Hulu personality recently came under fire for food-related issues following the 2022 Met Gala, where she sported the infamous Marilyn Monroe dress that the Some Like It Hot starlet wore to sing “Happy Birthday” to John F. Kennedy in 1962. Kardashian revealed that when the gown wasn’t exactly her size, she lost 16 pounds in three weeks. 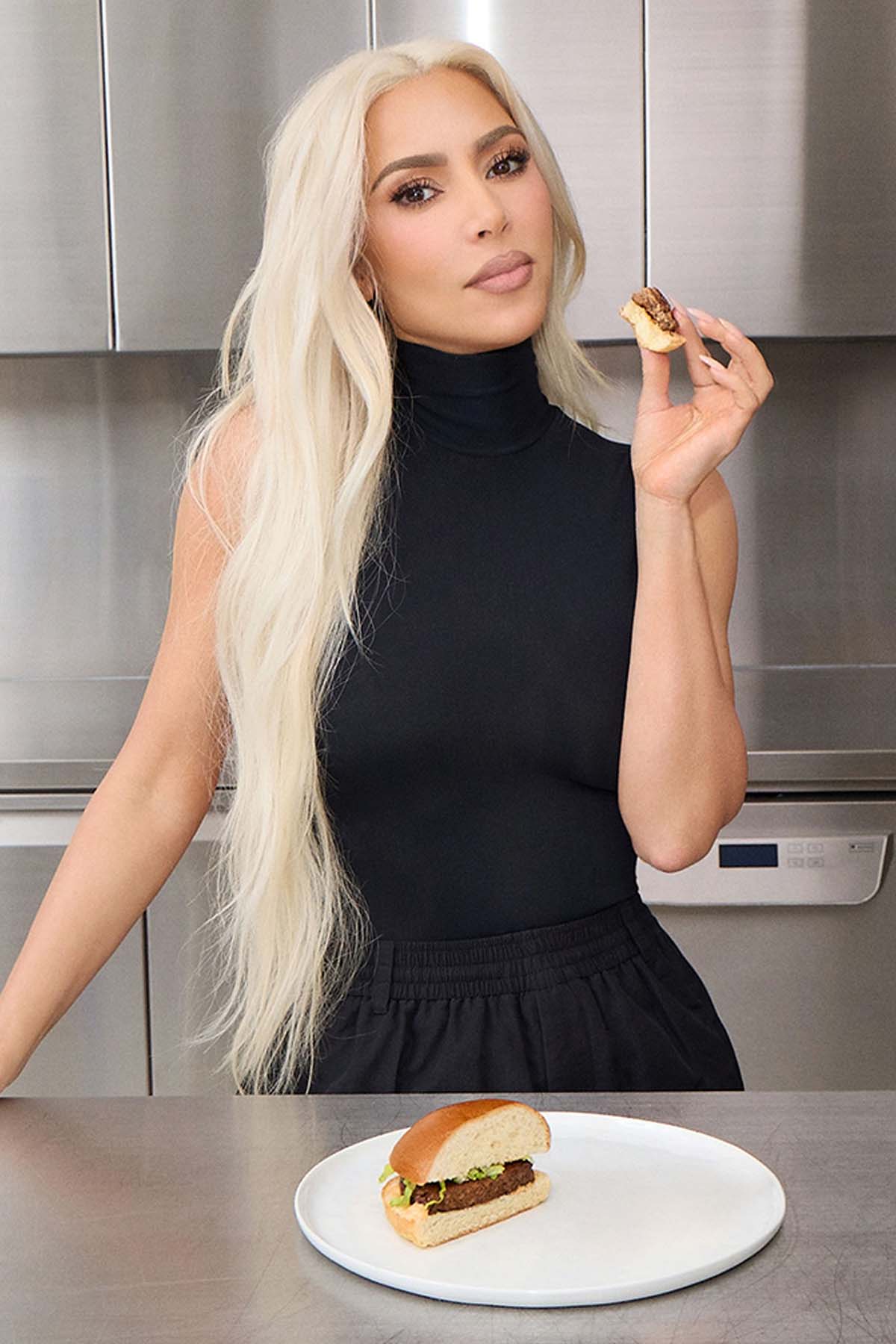 Following the Gala, fellow celebrities spoke out against Kardashian for her decision to emulate the Gentlemen Prefer Blondes icon.

“To walk on a red carpet and do an interview where you say how starving you are… because you haven’t eaten carbs in the last month…all to fit in a f–king dress?” Riverdale star Lili Reinhart wrote via her Instagram Story the day after the fashion event. “So wrong. So f–ked on 100s of levels.”

The Keeping Up With the Kardashians alum, for her part, took to social media to prove her diet was only temporary.

“So after the Met, I am starving,” the shapewear mogul wrote via Instagram Story while showing off her donut bar that was set up by The Doughnuttery in her hotel room. “And my favorite donuts in the entire world, in New York City are these mini donuts. Oh, my God, you guys, I have them in the room! How cute is this?”

Don-A-Matrix, who trains the reality star, was also quick to come to her client’s defense after the gala, telling TMZ that the mom of four achieved her weight loss in a healthy way.

“[Kim] works really hard, so I was there through the process,” the fitness instructor explained. “So it wasn’t, like, a starving herself type of thing. I mean, she’s been on a balanced diet. At times, she wouldn’t eat as much, but the second thing is she really put the work in.”