The Loose Women panel slammed Ant Middleton today after he said he hates his son crying, and is teaching him to develop ‘a stiffer upper lip’.

Saira Khan, 48, was hugely critical of the SAS Who Dares Wins presenter, 38, saying he was ‘sexist’ and ‘failing’ as a parent for teaching his son it was not okay to be upset.

Revealing it was something she felt hugely passionate about, Saira said: ‘I feel like he’s been brainwashed into thinking that’s what men have to be.’

Ant Middleton had told Giovanna Fletcher’s Happy Mum, Happy Baby podcast: ‘I do say to him, “Son, come on, you’re a little man now. Have a stiffer upper lip”.’ 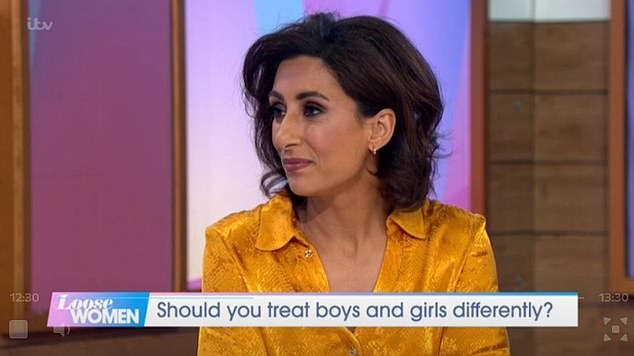 Saira Khan slammed Ant Middleton for his views, which she deemed sexist, and said he was failing as a parent 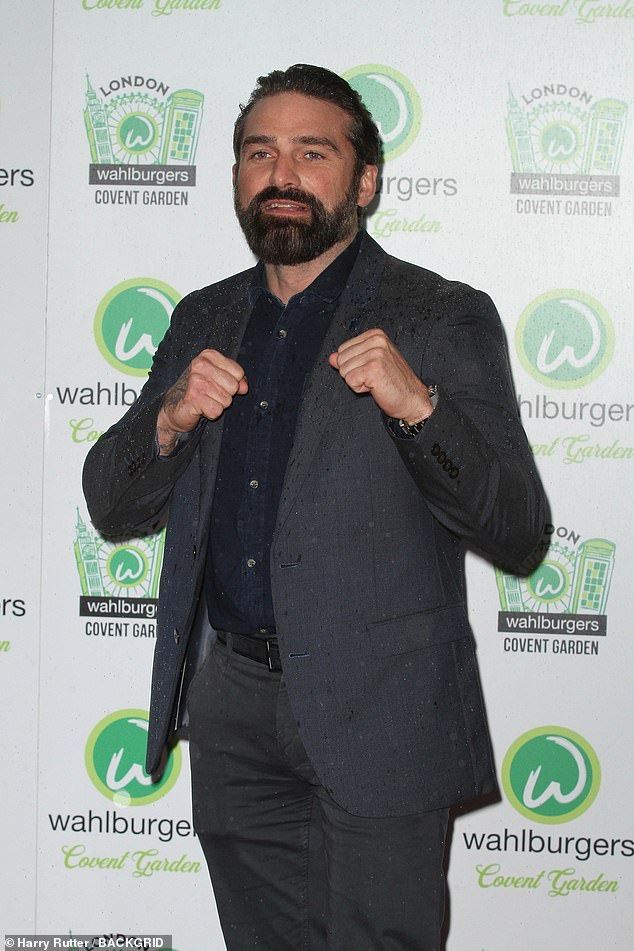 Ant Middleton was criticized on Loose Women over his comments about nine year old son Gabriel, who he said he treats differently than his daughter

He told the podcast: ‘If he [Gabriel] was to fall over and hurt his knee and look up at me, I avoid eye contact. The moment he sees my eyes he’s going to start crying. However, if it was my daughter, I’d be straight over there to comfort her.’

‘It’s just that – manly thing. It’s not being sexist. I’m just saying it how it is.’

The father also revealed his son was a keen Thai boxer, but that he was trying to teach the little boy to harness his aggression and use it rather than get emotional. 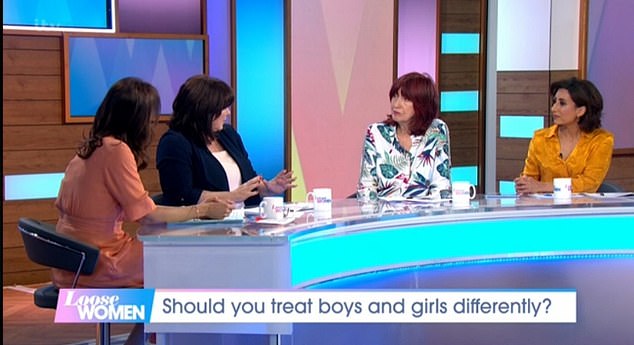 While Saira passionately disagreed with what Ant Middleton had said, other panelists were less sure he was in the wrong. Janet said they needed to teach all children to be resilient

Saira slammed the SAS presenter, saying: ‘I grew up in a generation when people said things like that. But what he said, is sexist.

‘I feel like he’s been brainwashed into thinking that’s what men have to be. Stiff upper lip, don’t cry. And if it’s a girl, you have to go out and be really soft with her.’

She went on: ‘I understand he has children and it’s each child to his own. I have a son and I would never say man-up or grow-up.’

She continued:’Suicide rates for men in this country are very very high, and when you look at what it’s linked to, it’s because they don’t talk about their feelings.’ 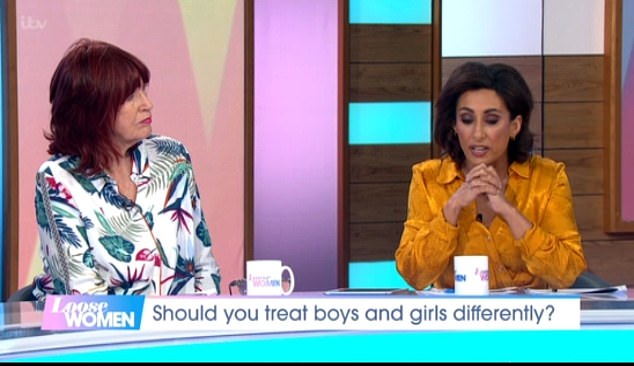 Saira called Ant ‘a great role model’ in many ways, but said the father was failing when it came to this topic 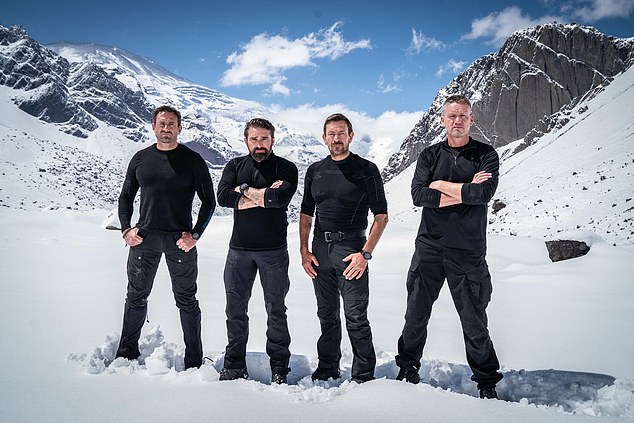 Ant Middleton – centre left – has spoken out about raising his son to be resilient and teaching him not to cry. He is well known for giving SAS Who Dares Wins candidates a grilling on the Channel 4 programme

‘He’s a great role model for many things but I think when it comes to this issue, I’m sorry but I think he’s really failing.’

The other women generally agreed, but didn’t feel quite as strongly as Saira.

Andrea said her son and daughter had different characteristics, so she was inclined to treat them differently.

And Coleen, who has a son and a daughter, said:’I don’t wanna be too harsh on him, because I kind of get what he means. 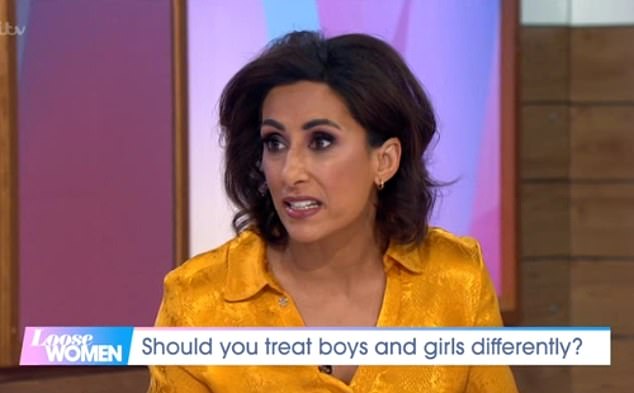 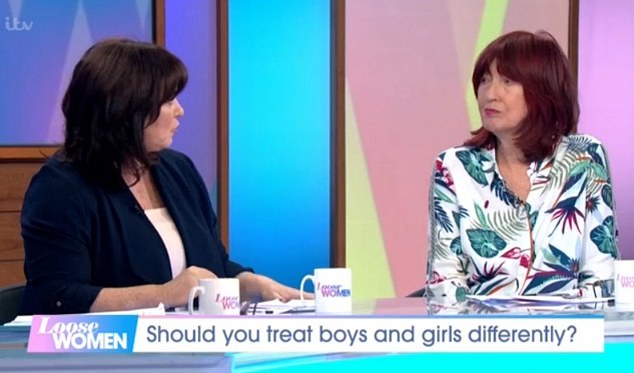 Coleen admitted that as her children got older, she did feel she treated her son and daughter differently. Janet agreed, saying that everyone should be taught to be resilient regardless of gender

‘I would never ever say to a boy, man up. When they’re little, whether it’s the boy or the girl you run over to say are you alright.’

But she said as her children got older, she didn’t mind her son playing roughly with others while she was more protective of her daughter.

Janet agreed, saying irregardless of gender children had to be taught how to be strong.

‘Somewhere along the line, we have to show them that it’s okay to be tough as well.’