Imagine living for years under constant surveillance. Healthcare decisions made for you. Your every movement monitored. Social media almost your only contact with the world at large.

This is the living nightmare pop megastar Britney Spears has suffered for 13 years, since she was placed under ‘conservatorship’ – a court-ordered arrangement for people considered unable to care for themselves or handle their affairs – following a highly publicised nervous breakdown in 2008.

But perhaps you don’t need to imagine that. And perhaps it’s no coincidence that 2020 was the year Britney’s plight caught the public eye. Because 2020 was when the rest of us got a taste of what her suffocating life must be like, thanks to pandemic control measures that have reduced or abolished freedoms we all took for granted.

And just as it’s by no means clear that Britney will manage to free herself, it’s not a certainty that we’ll manage to do so either – even after so-called Freedom Day tomorrow. 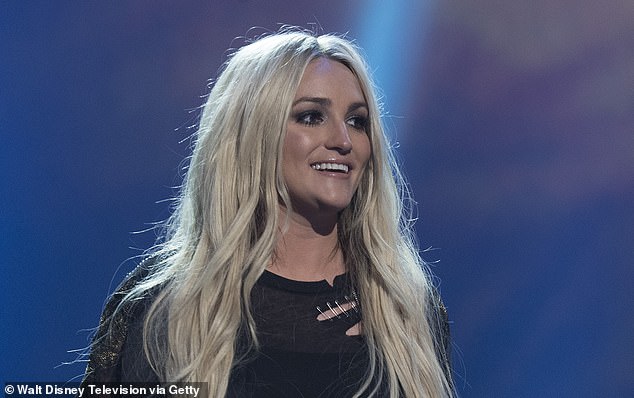 Imagine living for years under constant surveillance. Healthcare decisions made for you. Your every movement monitored. Social media almost your only contact with the world at large. This is the living nightmare pop megastar Britney Spears has suffered for 13 years

Britney achieved major-league fame in 1999 aged 16, when she dressed as a smouldering schoolgirl in the video to Hit Me Baby One More Time.

A string of albums and sell-out tours cemented her as a wildly successful brand. Behind the scenes, though, she struggled with the pressure.

Her wild partying made headlines and her battles with mental illness grew more visible, notoriously in 2007 when she shaved her own head in a Los Angeles salon. In 2008, following a harrowing stand-off with her ex-husband over access to her young children, Britney was taken to a psychiatric hospital – meaning the end of her independence.

Those around her pushed to make legal power over her welfare permanent. They succeeded, establishing the conservatorship that has controlled her life ever since.

The #FreeBritney campaign that was launched among those worried about her was shrugged off as a conspiracy theory concocted by obsessive fans. But in 2020, as the world closed in thanks to Covid, it began to spread. 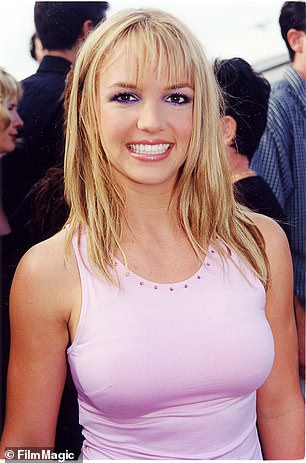 Britney achieved major-league fame in 1999 aged 16, when she dressed as a smouldering schoolgirl in the video to Hit Me Baby One More Time. A string of albums and sell-out tours cemented her as a wildly successful brand.

#FreeBritney really took off earlier this year, 12 months into the Covid fight. The TV documentary Framing Britney Spears lifted the lid on her battle to end the conservatorship – and especially to escape the domineering power of her father, Jamie Spears.

The reports came thick and fast. Forget the glamorous, free-wheeling life you might imagine a megastar to have. Sources claimed Mr Spears holds absolute control over not just her finances but her social world. It appeared he controlled everything, ‘down to the colour of her kitchen cabinets’, according to one source.

Others reported that he routinely fires anyone who gets too close to Britney and that her mobile phone is tapped.

In court last month, Britney spoke out, claiming she has been forced to work against her will, to take lithium – a powerful anti-psychotic drug – and to have a coil fitted that prevents her having another baby.

As details emerged, the sad story of this beautiful 39-year-old woman – supposedly pop royalty but with no control over her money, movements or social contacts – began to feel eerily familiar.

For the Coronavirus Act, rushed through with minimal scrutiny in March 2020, granted our Government enormously extensive powers. It gives our leaders the right to restrict or ban events, arrest or detain people deemed infectious, surveil private communications, retain DNA and fingerprint data for longer, and keep people detained for extended periods. Everything, that is, short of dictating the colour of our kitchen cabinets.

Even as people have cheered on Britney’s battle to reclaim her freedom, we’ve tolerated the loss of our own, always trusting that our Government would restore them in due course. But will they?

So far, those who control Britney’s life and finances are fighting to keep their grip on the source of so many salaries. Two days before Britney addressed court, Boris Johnson declared his commitment to ending all Covid restrictions on July 19.

But I suspect that just as Jamie Spears clings on grimly to the control he has over his daughter’s affairs, so, too, the emergency powers granted to our leaders to fight the pandemic will not be given up lightly. 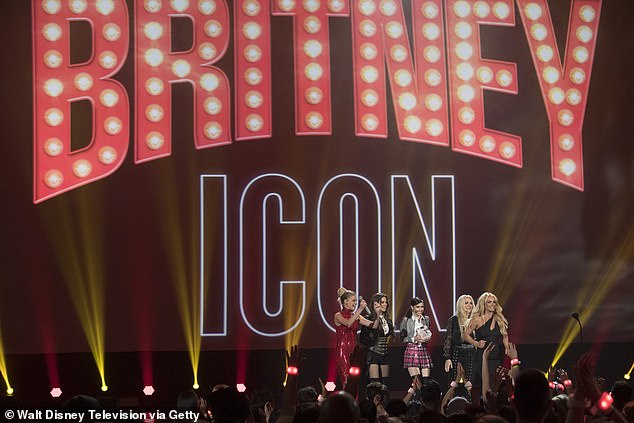 #FreeBritney really took off earlier this year, 12 months into the Covid fight. The TV documentary Framing Britney Spears lifted the lid on her battle to end the conservatorship – and especially to escape the domineering power of her father, Jamie Spears

No doubt the motivations will be well-meaning. But we can expect a battle in the coming months over ending not just lockdown restrictions but the Coronavirus Act itself.

On one side, we’ll find those who want the country the way it was pre-coronavirus: that is, a Britain where you can do what you like, unless it’s explicitly forbidden.

On the other, we’ll see those who’ve quite enjoyed seeing government in Jamie Spears mode: with the pesky scrutiny of Parliament limited, control over finances extended, beefed-up powers of surveillance, and control over all our comings and goings. All in the name of ‘safety’, and ‘public health’.

In a statement after Britney first launched proceedings, her father said he ‘loved her very much’ and that his desire was simply ‘to safeguard, protect and continue to love Britney unconditionally’.

But he was criticised for spending more than $2 million (£1.5 million) of Britney’s own money on resisting her efforts to escape his control. I likewise doubt all those appointed to taxpayer-funded posts in this country’s new coronavirus bureaucracy will be keen to see that tap run dry.

The ever-fretful Sage committee has sounded a note of warning over rising hospitalisations, while the Financial Times claimed ‘the world is looking at us with disbelief’ as Britain reopens.

Tomorrow all restrictions supposedly end – albeit amid a thicket of warnings.

But the truth is that Freedom Day is a sideshow. The battleground won’t be over pub table service, or how many people you can have at a wedding. It will be over the Coronavirus Act itself, which grants the Government the right to dictate such provisions in the first place. While this is still in force, those restrictions can be reinstated at any moment.

If Jamie Spears allowed his daughter to go out more, while still holding on to her conservatorship, would she be free? No more than we will be, until the Coronavirus Act is gone.

Like Britney Spears’s conservatorship, the Act is up for review in September. If the number of hospitalisations stays low, and vaccinations seem to be working, we must ensure the Government keeps its promise to let us go.

Mary Harrington is a columnist for UnHerd.