Home » Lifestyle » Max, 15, died after eating walnuts. His parents say the hospital should have saved him

Max, 15, died after eating walnuts. His parents say the hospital should have saved him

Max McKenzie, 15, had carefully managed his anaphylaxis for years before he died in a Melbourne hospital last August after mistakenly eating food containing walnuts.

His parents, Ben and Tamara McKenzie, say Max’s death, which is being investigated by the coroner, was preventable and that he did not receive appropriate care. 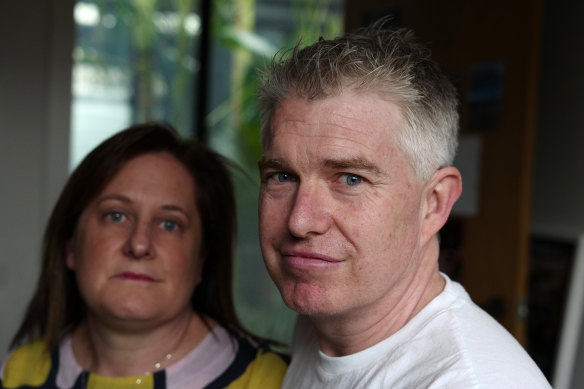 Ben and Tamara McKenzie, who lost their 15-year-old son Max to anaphylaxis in August last year, say their pain is unimaginable.Credit:Luis Enrique Ascui

“Max entered healthcare with 100 per cent oxygen levels, and being able to have a conversation and accurately explain his diagnosis,” Ben said in his first public comments since Max died.

“Despite this, he deteriorated and did not receive the care from health professionals that he should have. His brain did not get enough oxygen and he suddenly died in intensive care 13 days later. Our pain is unimaginable and it has not lessened.”

The McKenzies hope a new National Allergy Council and National Allergy Centre of Excellence, to be launched in Melbourne on Wednesday, will save lives through better information sharing and training for healthcare workers. 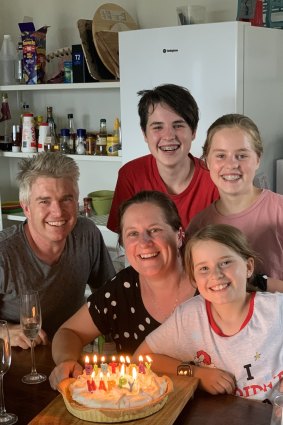 Ben and Tamara McKenzie, pictured with Max, Lucy and Ella, hope to save other lives by sharing their story.

Ben, an emergency physician, said Max had used his EpiPen and Ventolin after having the anaphylactic reaction that would end his life.

“He developed sudden asthma as his main symptom and we now know this is how most young people with food allergy die from anaphylaxis,” he said.

Max had managed a severe allergy to tree nuts his whole life and took care to ask about the food he ordered when eating out.

“We were an informed family and we had travelled to remote villages all over the world without problems. But Max died from anaphylaxis in metropolitan Melbourne … Sadly, we are not the only family who have had their child die in Melbourne in this way last year.”

Along with Max’s sisters, Ella and Lucy, Ben and Tamara continue to grieve the loss of their “incredible boy”, known for his kindness, energy and talent for debating and kayaking. 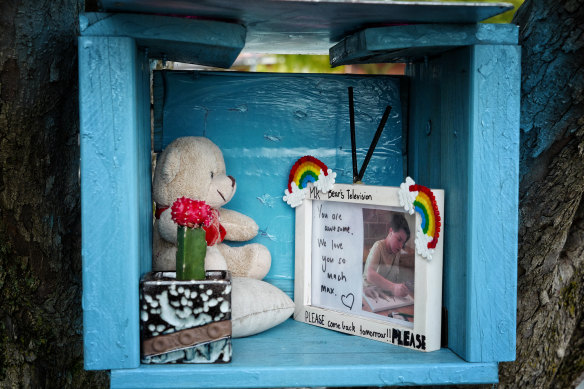 “He had the gift of being able to talk to anyone about anything,” Ben said of his son Max.Credit:Luis Enrique Ascui

“He had the gift of being able to talk to anyone about anything,” Ben said. “We always thought he would make a good politician.”

Ben said reform was needed to better connect different parts of the health system to ensure people’s care was properly co-ordinated and overcome a “siloing of expertise” that put lives at risk.

Australia had “world-class standards” for treating road trauma victims, he said, but lacked co-ordination between GPs, allergy specialists and critical care doctors when it came to patients with allergies.

The council and centre of excellence have received almost $27 million in federal funding, announced by the former Coalition government in its March budget in response to the recommendations of a 2020 parliamentary report. 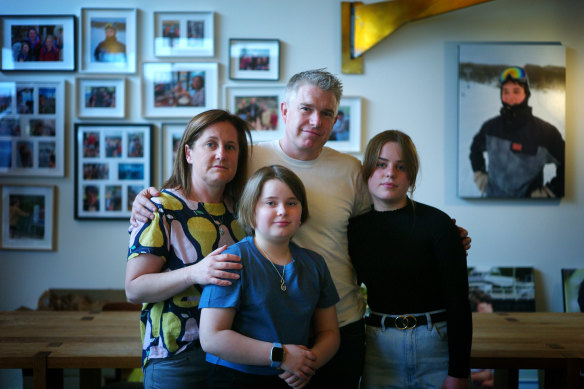 The initiatives aim to accelerate allergy research and clinical care to improve the lives of 5 million Australians living with allergic disease and prevent anaphylaxis, including quicker access to new drugs through clinical trials, public awareness programs and investment in research.

The council and centre for excellence also promise to deliver a shared care program to halve the wait times to see an allergy specialist; digital infrastructure for a national allergy repository to facilitate individualised care; and a live anaphylaxis reporting system.

Allergy & Anaphylaxis Australia chief executive Maria Said, who is a director of the council, said it would work to “improve care of people with allergic disease and educate people who need to care for them”, including work to up-skill health professionals.

“Allergy is among the fastest-growing chronic conditions in Australia, affecting approximately one in five Australians,” she said.

She said data collection on anaphylaxis was poor, but it claimed between 20 and 40 lives a year in Australia.

Research shows deaths from anaphylaxis rose an average 7 per cent a year from 1997 to 2013, food-allergy-induced anaphylaxis doubled in Australia in the decade to 2013, and hospital admission rates increased nine-fold in the 20 years to 2018-19.

Murdoch Children’s Research Institute associate professor Kirsten Perrett, also a director of the new council, said Australia was considered the allergy capital of the world and “we want to change that”.

Assistant Health Minister Ged Kearney said serious allergies had a huge impact on the lives of individuals and families and it was critical to bring together peak allergy organisations, clinicians, researchers, policymakers, patients and carers.