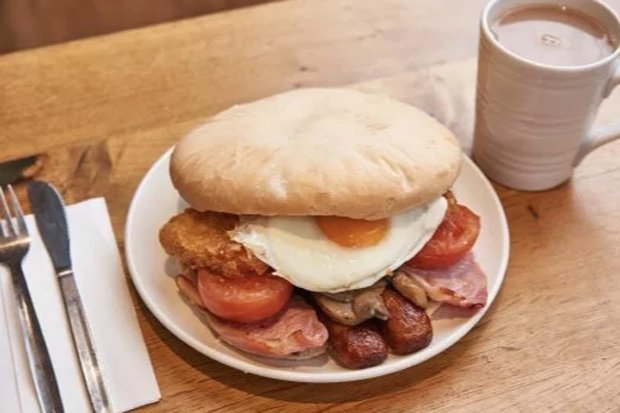 Morrisons’ gut-busting breakfast bap really does have it all.

The bread roll is packed with ten items you’d expect to find in a Great British fry up.

While some shoppers think the product looks tasty, others aren’t impressed with it.

So will you be rushing to buy the supersize sandwich?

Morrisons is selling a seven-inch bap for £3.

And as it’s four inches deep, it’d probably be tricky to get your chops around it.

Customers can pick up the Full English sandwich in Morrisons cafe.

The limited edition menu item will only be available until June 2.

When news of Morrisons’ breakfast treat emerged on social media, they sparked a mixed response.

Some said they couldn’t wait to try the all-in-one fry up.

One responder said: “Hook it to my veins.”

While many were fans of the brekkie idea, others thought it was a “heart attack” waiting to happen.

A second added: “Never have I been so happy to be a vegetarian.”