Mother reveals she taped her fiance confessing to shaking their son

A mother has revealed how she recorded her fiance admitting to shaking their nine-week-old son after the little boy was taken to hospital with a brain bleed.

Gemma Smith, 29, was distraught when her baby James was rushed to hospital and doctors declared his injuries non-accidental.

The shocked mother explained how after coming home from the children’s ward with ‘caring’ partner John Woollacott, 51, from Shropshire, he admitted he’d caused the injuries.

He’s since been jailed for three years after pleading guilty to two counts of unlawful wounding.

She said: ‘I can never forgive James’ dangerous daddy for what he did. I’m just glad my taped confession helped nail him.’ 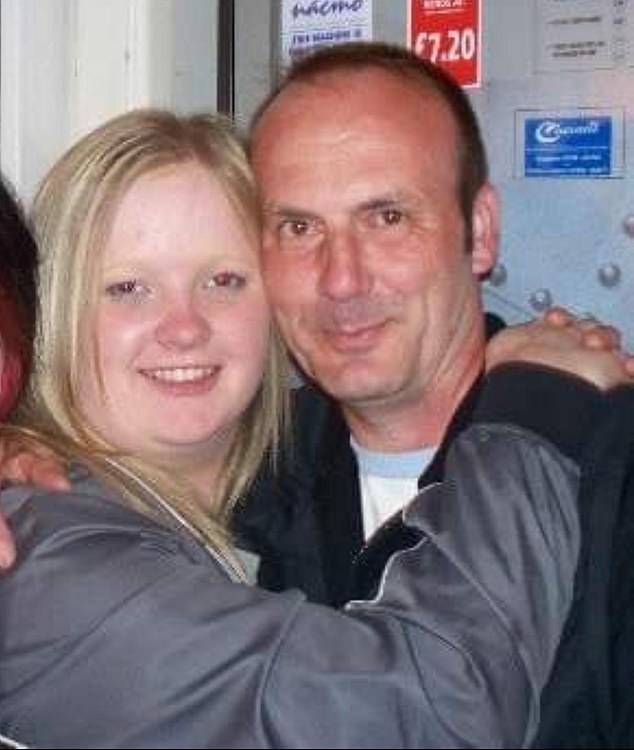 Gemma Smith has revealed how she recorded her partner John, pictured together, admitting to shaking their nine-week-old son James in 2015

Gemma said John, who had been her partner for five years, had always been caring and held her hand throughout 13-hours of labour in 2015.

She said: ‘Back home, John was a doting dad. He worked hard as a postman but he quickly learned how to clean and change James.

‘So that morning, when John took James downstairs to feed him, I knew our baby boy was in safe hands.’

However as she was dozing off Gemma heard James crying and said she knew ‘something wasn’t right.’

Gemma said: ‘I was coming to learn what James’ cries meant – if he was hungry, tired or needed changing. But I hadn’t heard this cry before.

‘Something wasn’t right, and my instincts told me to throw the duvet back, jump out of bed and go down to help John. 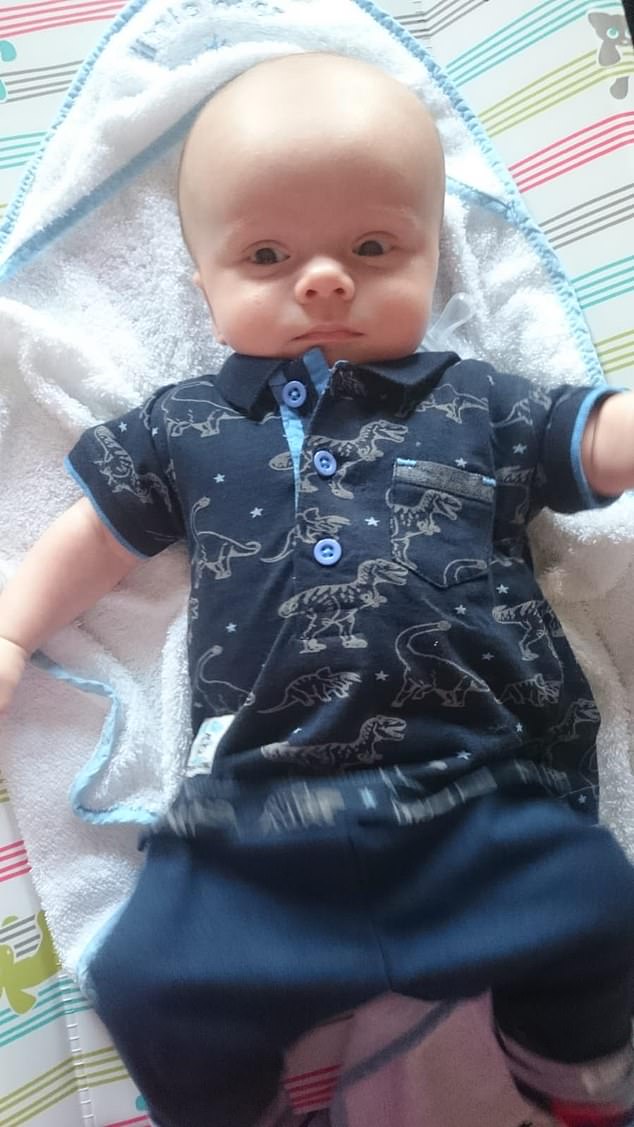 Baby James, pictured, suffered a bleed on the brain and was left with brain damage after the incident at his home

‘When I walked into the living room I saw James lying limp on John’s knee. He looked lifeless. ‘What happened?’ I gasped, scooping James up in my arms.

‘That’s the last time I get up with early with him,’ John huffed. James didn’t look right and when he let out a horrifying gurgle, panic rose in me.’

The concerned mother explained how James was sick in the ambulance and she hoped it was just a bug and she was being an over-protective new parent.

However as soon as they reached the hospital little James was rushed off for a series of scans and tests and at first, medics thought he had some kind of infection. 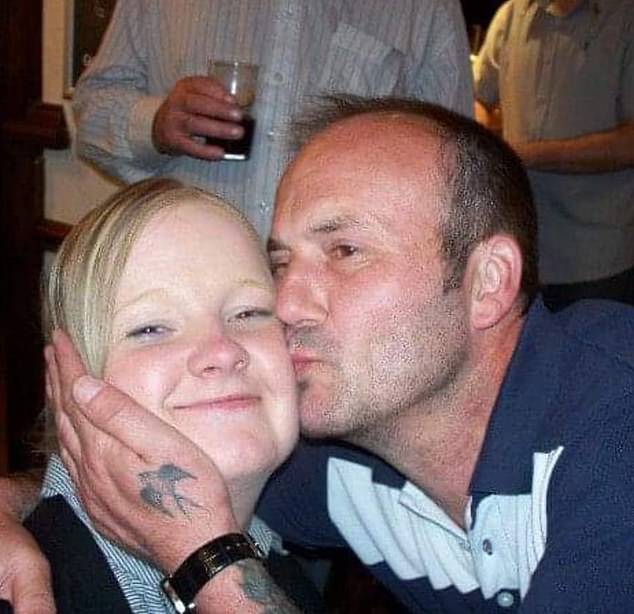 The parents, pictured, had been together for five years before having their son and Gemma said John had always been ‘caring and supportive’ in the past 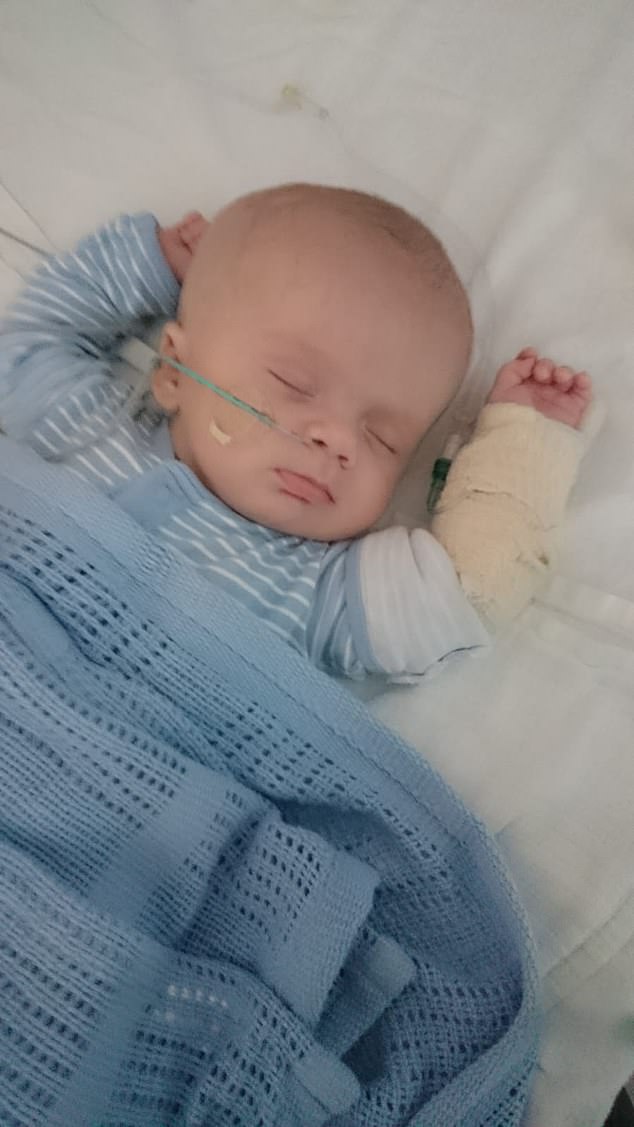 Gemma wasn’t allowed to see James, pictured, without supervision while her partner was being investigated by the police. Her son eventually came home after four months

Gemma said: ‘It was terrifying but sepsis and meningitis were ruled out and eventually, after an exhausting day of tests, the doctors had a diagnosis.

‘A consultant said “James has a bleed on the brain. And I’m afraid the injury was non-accidental”

‘My mind reeled as I listened to lots of medical jargon I didn’t understand. But the message was clear – someone had done this to James.’

Gemma said and John collapsed in each other’s arms and were sobbing when a woman from social services came into the room.

She gently explained: ‘I’m afraid you have to leave the hospital, just while the investigation is ongoing. James will remain here and you’ll still be able to see him under strict supervision.’

After driving home in silence John told Gemma: ‘It doesn’t make any sense. Nothing happened.’ 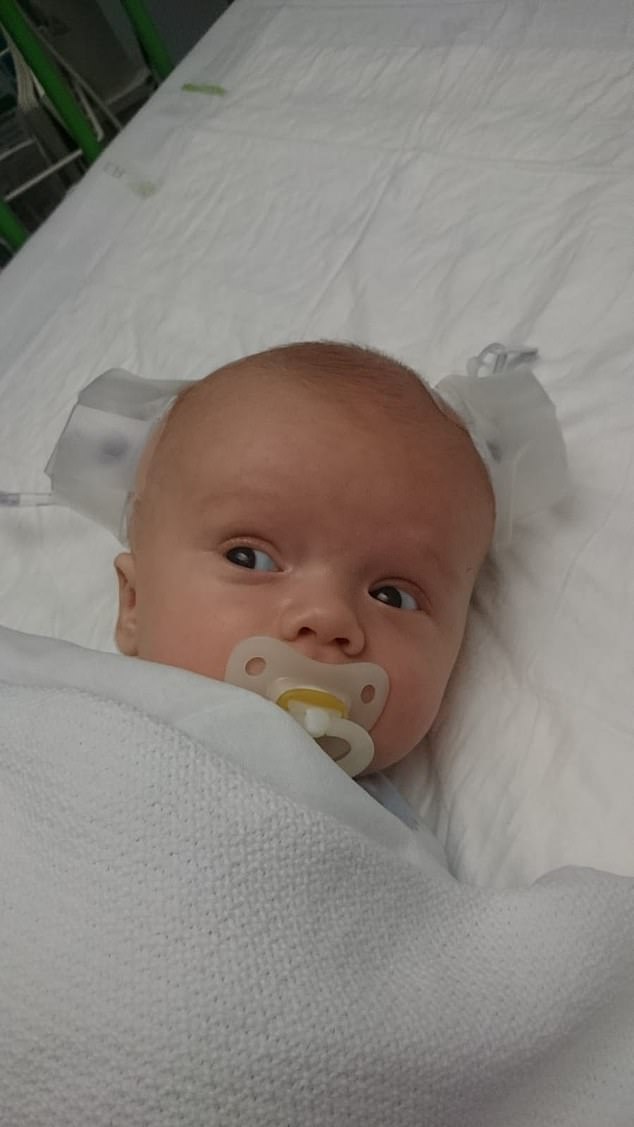 Gemma said that she believed her partner but the doctor’s words kept going over and over in her mind and she asked John to reconstruct the fateful morning.

Finally John conceded that James ‘might have fallen off the sofa.’

However later that day, John made a shocking confession. He told Gemma he’d accidentally dropped James on the floor, but had been too scared to admit it.

Gemma said: ‘I put my arm around his shoulder and pulled him close. “It’s ok” I reassured him. “We’ll deal with this together.”

The next day, the couple went to the family solicitors and John made a statement, explaining how he’d dropped James.

Gemma hoped that by being up-front, social services would lift the ban on seeing their baby, but said the stress was obviously getting to John.

She said: ‘We agreed he’d go for a drink with his mates, just to relax and unwind for an hour. But when he got back, late, I could see he was drunk. 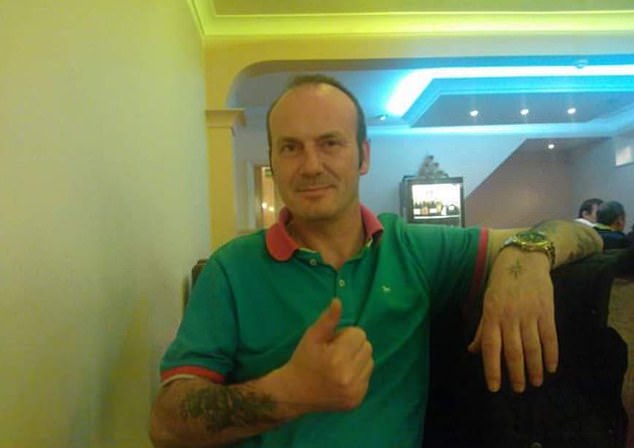 ‘His emotions were boiling over. ‘I think I might have hurt James,’ he cried. ‘I’m not sure but I think I shook him.’

‘I was trembling with shock and anger when I told John I needed a moment to think and went downstairs.

‘I knew I had to act fast. John was opening up and this might be my only chance to get the truth out of him.

‘I grabbed my phone and quickly clicked it on to record mode. ‘It’s OK, just tell me everything,’ I returned to John, hoping my voice wouldn’t betray my nerves.’

What is shaken baby syndrome?

Shaken Baby Syndrome is a preventable and severe form of physical child abuse.

It results from shaking an infant by the shoulders, arms, or legs.

Shaken baby syndrome destroys a child’s brain cells and prevents the brain from getting enough oxygen.

At least one of every four babies who are violently shaken die from this form of child maltreatment.

Symptoms and signs of SBS include:

Other signs include vomiting, pale skin, seizures, paralysis or a coma.

Gemma said she ‘carefully slid the phone onto the bed, where it recorded every word of John’s confession.’

He admitted that he’d shaken James that morning, and that it must have been him that had hurt him.

Gemma said she was ‘horrified’ that the man lying next to her was capable of inflicting pain on their gorgeous baby boy.

The next morning Gemma phoned their solicitor and arranged for John to go to the local police station to make a new statement.

Gemma said: ‘When he returned home later that day, his clothes were waiting in bags outside the house. Hurting James was bad enough, but lying about it was too awful to bear.’

Gemma saw James whenever she was allowed, but while John remained under investigation, her visits had to be supervised.

She said: ‘It was four agonising months before James was allowed back into my care. In his short life he’d spent longer away from me than he’d spent with me.

‘The day he finally moved back in with me was the happiest of my life. He arrived at home just before Christmas, and it was the best present anyone could ever receive.’

Despite being able to come home, the damage done to James was irreparable. He was brain-damaged and now struggles with basic functions like speech.

Gemma said: ‘A few days before his trial, John admitted two counts of unlawful wounding and was jailed for three years.

‘John looked shell-shocked when he was led away to the cells, but it was James who was left with a life sentence.’

*Names have been changed