THE NHS website struggled to cope with demand again tonight as thousands of Brits desperately tried to book their booster jabs.

Boris Johnson rallied the public to get boosted at a press conference this evening – with the website immediately feeling the pressure. 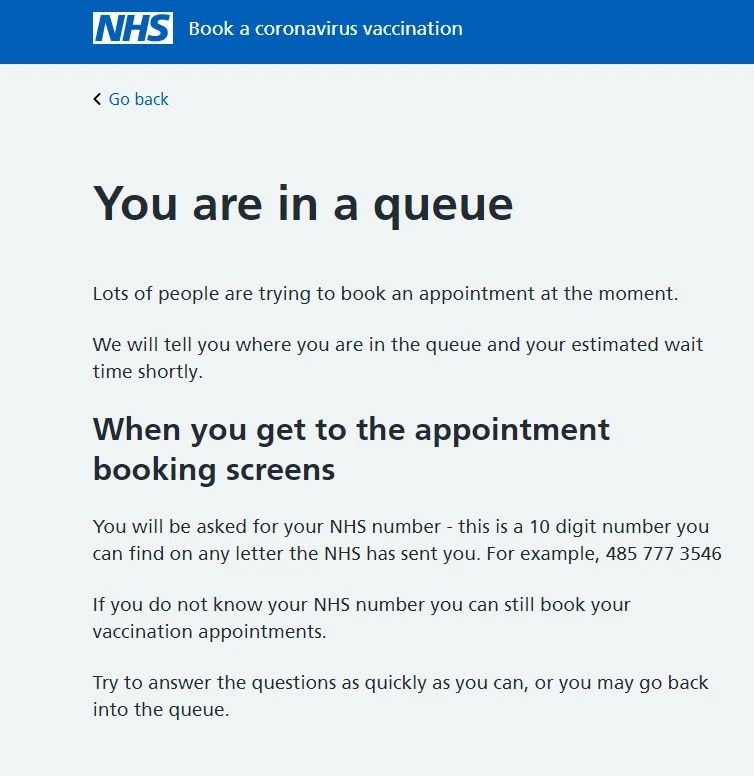 Brits were plunged into a queue as they tried to make an appointment – and were repeatedly referred back to the start of the booking process when they got through.

Tonight the PM drastically ramped up his plea for Brits to get vaccinated as the most daily Covid cases were today reported at a staggering 78,620 new infections.

Data shows boosters offer up to 75 per cent protection from mild infection from Omicron, with The Sun relaunching our hugely successful Jabs Army campaign.

The PM said there were "signs of hope" that the fresh jab blitz was aiding the national battle against Covid.

During the press conference this evening, Mr Johnson said a knockout combination of Plan B measures and boosters would help beat back the virus – but braced the public for more cases, hospitalisations and deaths.

Flanked by top docs Chris Whitty and Nikki Kanani, the PM said: "I think this is the the right approach. It's a double strategy, it's a left and a right."

It comes after the website crashed on Sunday and Monday as thousands tried to snap up a jab after the PM vowed to make sure all eligible adults get the booster jab this month as part of a "national mission" to beat the mutation.

In a major announcement, he revealed the launch of the Omicron Emergency Boost – giving everyone over the age of 18 the chance to get a third jab by the end of the year.

🔵 Read our Covid-19 live blog for the latest updates

Those trying to book their third vaccination online were told that the site was "currently experiencing technical difficulties".

After being placed in a "queue", many users found they were unable to access the booking form at all.

Some who tried for hours to book their jab described it as "harder than getting Glastonbury tickets".

Those who urgently need medical help or advice, but are not suffering a life-threatening condition, should call 111 to speak to an adviser.

Meanwhile 4,671 additional confirmed cases of the Omicron variant have been reported across the UK – up 90 per cent on Tuesday's 633.

However, the UK Health Security Agency (UKHSA) said the figure was higher partly because the definition of an Omicron case had changed, and some cases from Tuesday had been added onto today's total.

The true number is likely several-fold higher. UKHSA estimates that the current number of “daily infections are around 200,000”.