A blast IN the past! Photographer edits herself into images of historical figures to show what it might be like to snap a selfie with the likes of Audrey Hepburn and Albert Einstein

A visual artist and photographer has imagined what it would be like to take selfies with historical figures in today’s society by cleverly editing herself into images of the biggest stars from days gone by.

With the use of some skillful editing techinques, Hungarian photographer Flóra Borsi was able to Photoshop herself into pictures of stars like Marilyn Monroe and Audrey Hepburn to show what it would be like to snap a modern selfie with them.

The photo series, entitled Selfie, was released in April, and the 25-year-old artist explained on her Behance page how the first ever image of a black hole is what inspired her to make the pictures. 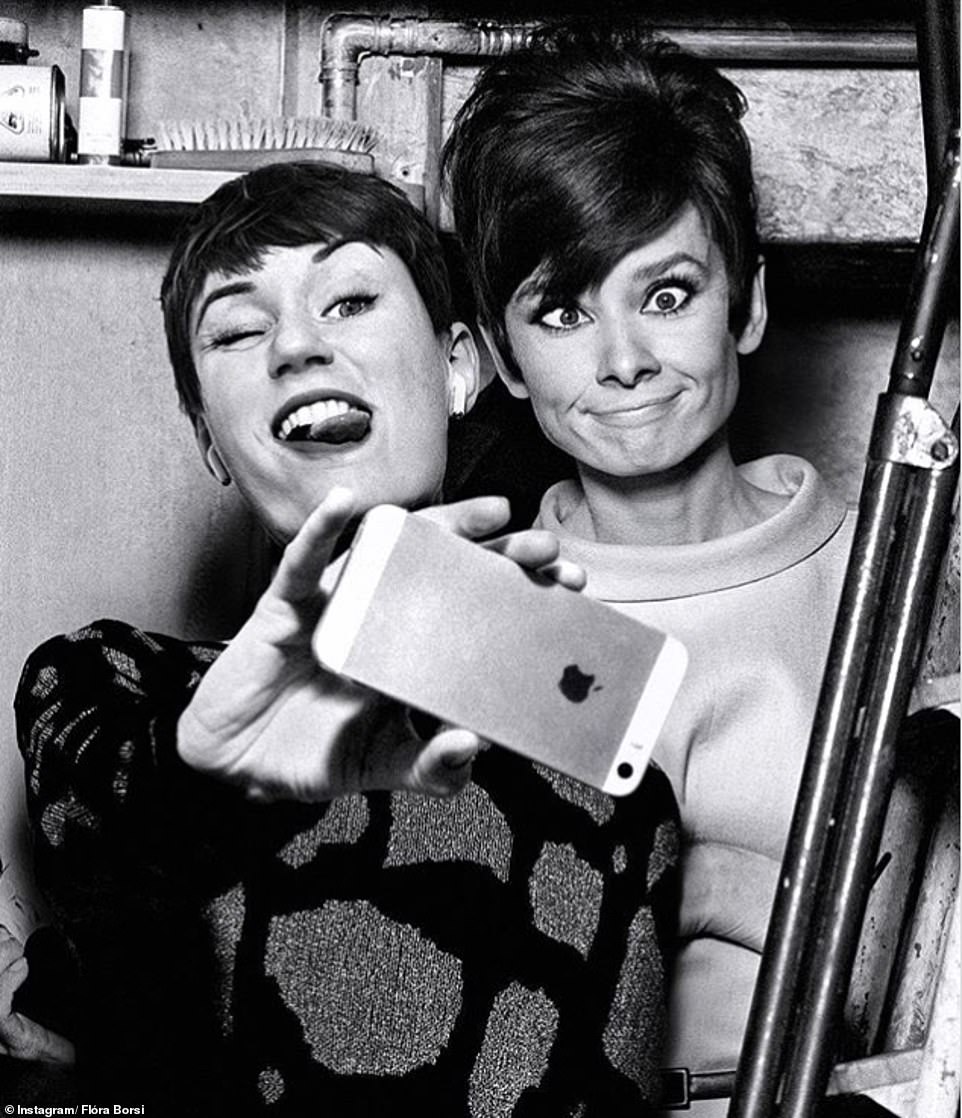 Innovative: Hungarian artist and photographer Flóra Borsi released a photo series in April entitled Selfie. One picture involves her with Audrey Hepburn where they both are making goofy faces for a ‘selfie’ 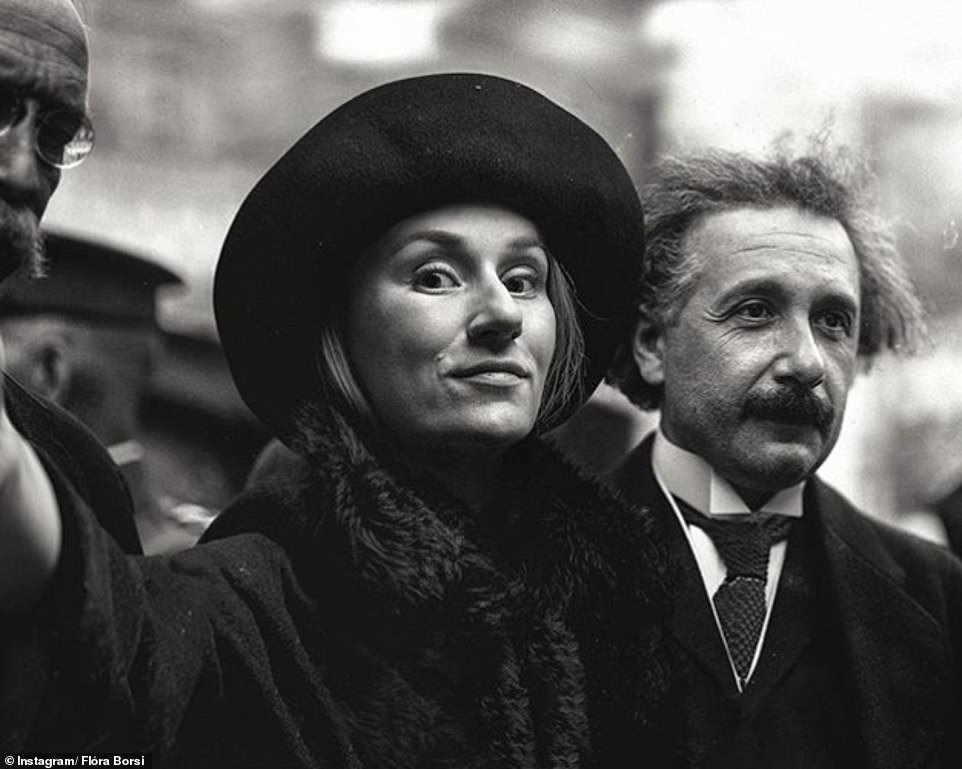 Inspired: The photo series started after Borsi first Photoshopped herself into a picture with Albert Einstein 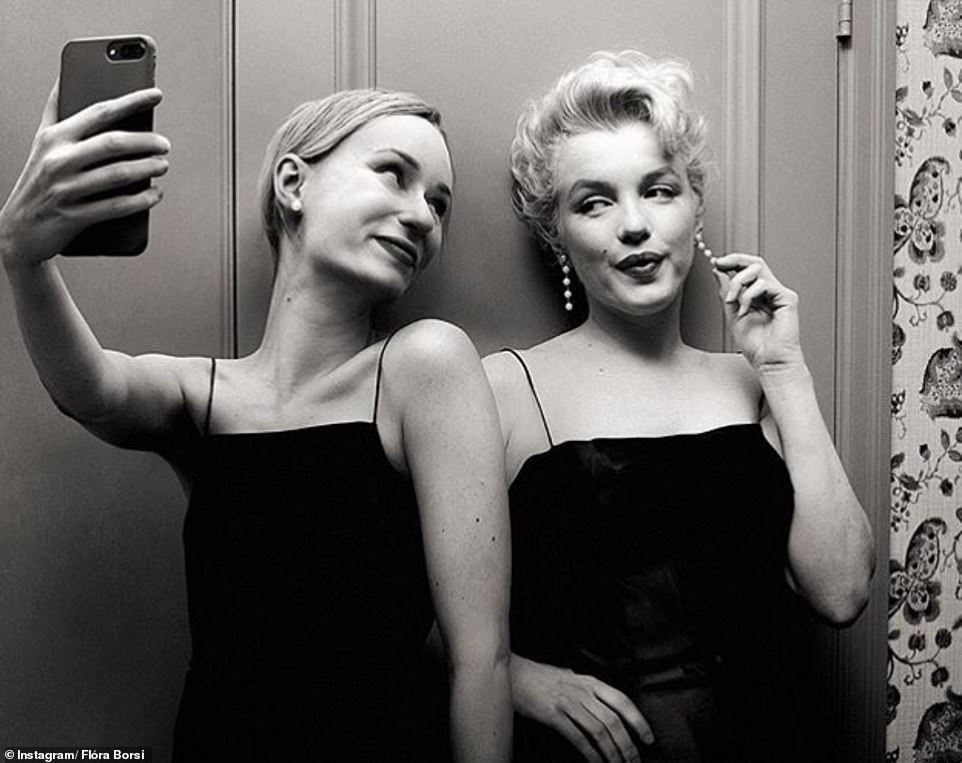 Girl time: The Albert Einstein image inspired the rest of the series where Borsi ‘posed’ with Marilyn Monroe (pictured), Audrey Hepburn, Ghandi and John Lennon for the photographs 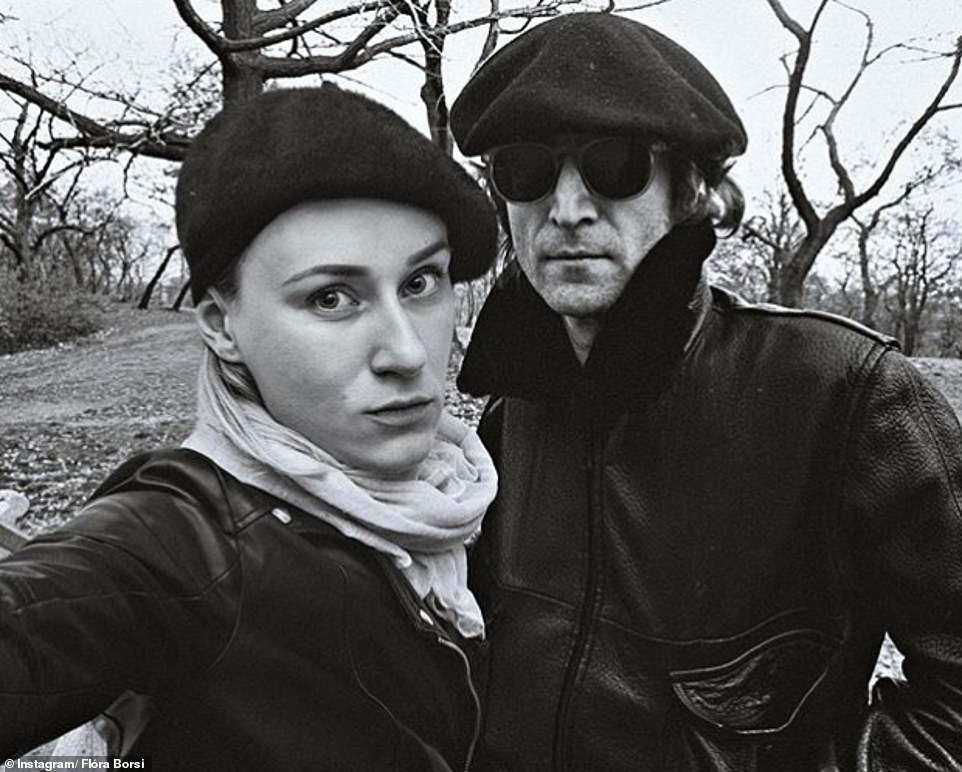 Serious shot: In an interview, Borsi explained how she will work for about two to three days to edit herself into pictures, like this one with John Lennon. This happens after she first takes a self-portrait

‘After the first official picture of a black hole was released last week, I decided to look into the theory of relativity and I’ve been wondering how cool it was if I could travel faster than the speed of light, ergo I could travel back in time,’ Borsi wrote.

The first pictures she created was Borsi taking a ‘selfie’ alongside Albert Einstein. This pictures, which she Photoshopped, launched the rest of her series.

Her first ‘selfie’ was with Albert Einstein where she Photoshopped herself alongside the scientist. This then inspired the artist to think about what it would mean to take a picture with other figures, such as Hollywood star.

Although the ‘selfie’ has become common practice for today, stars back then never experienced the ability for fans to have an image of themselves right then and there to keep.

When speaking to Hello Giggles, Borsi explained her idea behind using the selfie phenomenon to create the series.

‘I think the selfie phenomenon, [especially] with a famous landmark, celebrity—always gives [us] the opportunity to have a “piece” and make it ours,’ Borsi told the online site.

‘To own it. Having a moment where we feel special and can have our own memory of it. This feeling inspired me mostly, because I wanted to have a moment with people who inspire me and made this world a better place.’

One of the first steps in creating the pictures was for Borsi to first research the fashion and hairstyles she would need to match the original image.

She then studied the picture’s lighting to make sure she matched it with her own self-portrait.

‘After this, I took matching photos with the same technical criteria and digitally “destroyed” my self-portraits,’ she wrote.

Her Audrey Hepburn shot, in particular, is fun because the actress is making a goofy face at the camera in the original picture. Borsi capitalized on this by also making an equally goofy face while holding her phone out for a selfie.

Commenters praised Borsi for her innovative series on her Instagram account as they expressed excitement over how the pictures turned out.

‘These are genius,’ one commenter wrote while another person complimented the detail Borsi put to each image so it would match the original work.

The artist, who has 15 years of experience with photography and editing, told Hello Giggles she worked about two to three days to finish each of the images in the photo series.

She previously worked on a similar photograph series entitled Time Travel where she Photoshopped herself into the background of famous pictures. One image in particular showed her enjoying a performance by Elvis Presley from the crowd of women.