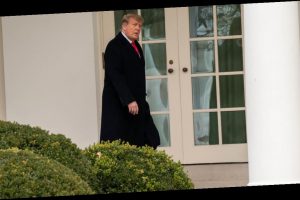 President Trump on Thursday extended a pandemic-era suspension of certain immigrant and work visas, ensuring that his sweeping limits on legal immigration will remain in place when Joe Biden is sworn in.

Through a proclamation issued 20 days before Inauguration Day, Mr. Trump ordered a three-month extension of the visa restrictions, which were first enacted in April as a ban on some prospective immigrants and expanded in June to also halt several temporary work programs.

Mr. Trump has said the limits — which invoke a broad presidential power to bar the entry of foreigners deemed to be “detrimental to the interests” of the U.S. — are necessary to prevent new immigrants and temporary workers from competing with Americans for jobs during the economic recession caused by the coronavirus pandemic.

“The effects of COVID-19 on the United States labor market and on the health of American communities is a matter of ongoing national concern,” Mr. Trump wrote in Thursday’s proclamation, which cited the unemployment rate, pandemic-related restrictions on businesses issued by states and the rise in coronavirus infections since June.

While he has pledged to overturn some of the centerpieces of Mr. Trump’s immigration agenda, Mr. Biden has yet to say whether he intends to rescind the visa restrictions. A representative for Mr. Biden’s transition team did not immediately respond to a request for comment.

Mr. Trump’s proclamation prohibits the issuance of certain immigrant visas to people abroad who seek to move to the U.S. permanently through green card petitions filed by their U.S. family members or prospective employers.

Spouses and underage children of U.S. citizens are not subject to the restrictions, which also exempt some healthcare workers who intend to combat the coronavirus and immigrant investors who agree to invest more than $1 million in the U.S.

Mr. Trump’s order also continues the suspension of the diversity visa lottery, a program he has frequently criticized that allows people from underrepresented countries, most of them in Africa, to move to the U.S. In September, a federal judge in Washington, D.C. ordered the government to issue visas to more than 9,000 would-be immigrants who won the lottery in 2020, but they remain barred from entering the U.S. under the proclamation.

The restrictions also halt several temporary visas used by people abroad to work in the U.S., including the H-1B program that is popular in the tech sector and H-2B visas for non-agricultural seasonal workers. Cultural exchange J-1 visas for au pairs and other short-term workers; visas for spouses of H-1B and H-2B holders; and L visas for companies to relocate employees to the U.S. will continue to be suspended as well.