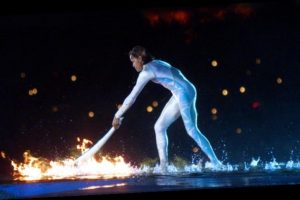 The biggest and most expensive event ever to be held in Australia had security agencies fearful of hostage situations and chemical attacks with concessions members of the public could die if soldiers were brought in to end a terror attack.

Following the bomb blast at the Atlanta Olympic Games, in which two people were killed and 110 injured, the Howard government overhauled laws which streamlined call out powers to send the military in to handle critical threats for Sydney's 2000 Games. 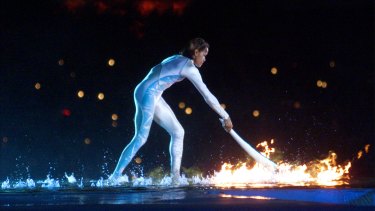 Cabinet papers released on Friday show the Howard government was prepared for a terrorist attack at the Sydney 2000 Olympics.Credit:VICTORIA AROCHO

Around 20,000 police officers, private security guards and army personnel would be put on duty during the event's two weeks with more than 100 navy divers deployed to search Sydney's harbours where events such as the triathlon and sailing would take place.

Cabinet papers from 2000, released by the National Archives of Australia on Friday, show Exercise "Ring True" staged three national counter-terrorist operations in May 2000 as part of preparations relating to possible sieges, hostage taking and a chemical incident.

In his submission to cabinet, then attorney-general Daryl Williams told colleagues the exercises showed agencies were well-placed to handle any potential security incident.

"Exercise incidents, however, have generally been resolved with the use of force by the ADF," Williams's briefing notes read. "But overseas experiences show that will not always be the case in practice."

Grave fears were still about any response to any chemical incident.

Mr Williams said at a strategic decision making-level there were questions as to whether the intelligence on a chemical threat in a terrorist stronghold was adequately taken into account.

"The opportunity did not arise for issues that should be considered at the political level to the implications of a chemical device being detonated," he wrote. "The issue for decision-makers.. is that they have not been exposed to all issues surrounding a chemical incident before the Games."

The submission also dealt with the process of approving a "deliberate assault," which was referred to in media reports as a shoot-on-sight law, giving the government the right to draft soldiers on to the streets and open fire on people if they were considered to be a risk to security.

"A DA by its nature is likely to lead to deaths, most likely of the hostage-takers, possibly of hostages, and conceivably of TAG members. That risk is to be balanced against the likely consequence of following any other course," it noted.

But the detailed brief made it clear that NSW Police would be responsible for handling any incident, including negotiating with the hostage takers and exploring all available ways of resolving the incident before the Commonwealth ministers became involved and the Governor-General gave the order for the ADF to strike.

Extra security was provided for certain teams, such as Israel and the US, for fear of attacks from political groups.

The government stood by its longstanding policy regarding carriage of firearms by foreign security personnel, declining requests from the Americans to bring in their own weapons.