Steps forward. Ronnie Ortiz-Magro’s probation was revoked at his hearing on Friday, September 17.

Ronnie Ortiz-Magro’s Ups and Downs Through the Years

The Jersey Shore: Family Vacation alum, 35, had been charged with a probation violation related to an April incident with his now-fiancée, Saffire Matos. He avoided jail time by showing proof that he voluntarily completed an in-patient program for 30 days, which the judge allowed as time served. (Ortiz-Magro is still in the program three times a week on an out-patient basis.) 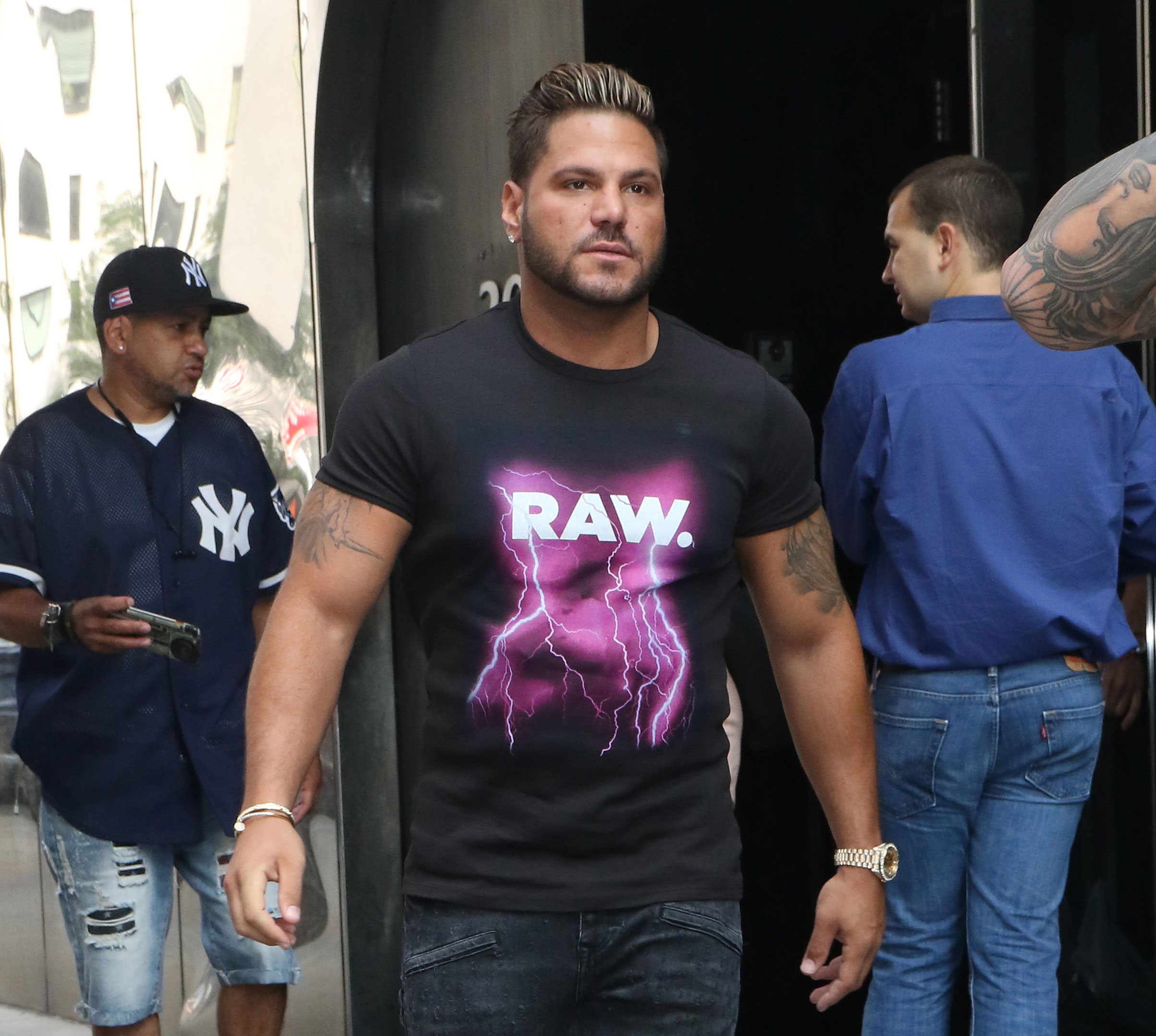 The Jersey Laundry creator was ordered to take 26 parenting classes and share a progress report in six months. The former reality star, who shares daughter Ariana, 3, with his ex-girlfriend, Jen Harley, has another court date on March 17, 2022.

The judge also ordered a criminal protective against Ortiz-Magro to protect Matos, adding the condition that Ronnie have “peaceful contact” with her since they live together. In addition to not assaulting or harassing Matos, he cannot possess any firearms or weapons per the protective order, which is good for three years.

Get to Know the Next Generation of ‘Jersey Shore’ Kids

The New York native dated the Harley, 33, from 2017 to 2018, moving on with Matos, 31, after their split. Ortiz-Magro and the eyelash technician got engaged in June. “I love you,” the groom-to-be wrote in an Instagram announcement. “Thank you for sticking by my side through thick and thin! Til death do us part! #SheSaidYes.”

Two months ahead of his proposal, the former MTV personality was arrested in Los Angeles for domestic violence, later released on a $100,000 bond. Matos wrote via Instagram that same month that she and Ortiz-Magro were “fine.”

She told her followers: “There is a lot of misleading information floating around out there. With anybody who reached out with concern I appreciate it with all my heart, but everything that’s being portrayed out there are not facts. I don’t think it’s fair that people are using false accusations to gain attention.”

Ortiz-Magro, who has taken time away from filming Jersey Shore, thanked his “real friends” in a post of his own, writing, “You learn who really cares about you when your [sic] down and out and than [sic] you see who doesn’t! But I guess they call it the weeding process.”

As for Harley, the Oklahoma native was “concerned” about her ex spending time with their daughter, a source exclusively told Us Weekly at the time. “It’s been an issue she’s been worried about. She knows he always has this pattern and that he does not change.”

Celebrity Engagements of 2021: Stars Who Got Engaged This Year

The following month, Ortiz-Magro sought “medical treatment for psychological issues,” his rep told Us. His only present goal is to address these issues professionally and make himself [a] better person and the best father he can be to his loving daughter.”

Ortiz-Magro announced his sobriety last month, telling TMZ in August that he was “living a good life.”

“I stepped away to deal with my mental health, be a father to my child, be a fiancé to my woman,” the Famously Single alum said at the time. “I’ll be back and, you know, all the fans love me and I love them too so I’m gonna give them what they want and I’ll see them soon. … [It’s] definitely not over.”

With reporting by Marjorie Hernandez